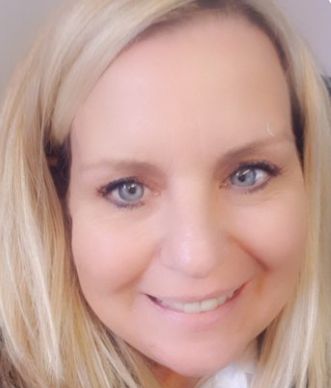 Could you live on the same daily food intake as a refugee fleeing war or famine?

A Southport woman is doing just that through a Ration Challenge, in order to raise vital funds for emergency food and medical supplies while also raising awareness of the dire situation they face.

She said: “The challenge is for Concern Worldwide. For one week I will be eating the same rations as a Syrian refugee within the refugee camps of Jordan in order to raise money for emergency food and medical support for those who need it most in Jordan and around the world.

“The refugees are in a desperate situation and the refugee crisis is made worse due to the ongoing pandemic.

“I am living off the same rations for one week as Syrian refugees in Jordan and I can earn rewards the more money I raise.

“I have so far raised enough for 170g of vegetable and 120g of protein. I have to also make these last for the week.

“I am not allowed any tea, coffee or drinks other than water.

“I am doing this challenge to raise awareness and to show the refugees that they are not alone in this, that people within the UK do care.

“I work for a national UK charity and have advised many refugees amongst others and always find the refugees within the UK are polite and grateful for the opportunity they have been given.

“However, I feel the recent negative view of refugees within some media has made some people view their plight with a lack of empathy and many in the camps have been forgotten.

“Many of the world’s refugees do not make the trip to the UK, so we do not see this side to their life.

“I feel I have even more sympathy now as looking at the small amount of food they are provided with makes you realise how lucky we are.”

So far Michelle has raised more than £400 for the Concern Worldwide charity. Now she is urging people to sponsor her efforts and help her to raise more.

She said: “The money raised from the challenge ensures that the vital work of Concern Worldwide can continue to provide emergency food and medical supplies.

“Concern Worldwide works across 25 countries and assists in many programmes to address the causes of poverty and hunger.

Living on limited rations has not been easy, but has been an interesting experience. .

Michelle said: “The ration pack came with a recipe booklet with the recipes provided by the refugees.

“Being the world’s worst cook has not helped me at all but I am attempting the recipes.

“I must admit that my first attempt at bean and lentil burgers ended up in the bin!

“I am finding the lack of caffeine so difficult and the headaches are terrible but the water helps.

“The hardest part of the challenge has been the lack of food choice.

“I have done many challenges before: veganuary, dry January, sober October, Ramadan, intermittent fasting with keto diet and I can honestly say this is the hardest by far.

“The small amount of food and the amount of carbs is having an effect on me due to following a low carb diet normally so my sleep has been affected and I am feeling very sluggish and hungry.

“People may ask why I am continuing, my answer to this question is that I feel so passionate about this cause that the side effects are worth it to me. Also this is only for one week and I am not the type of person to cheat or give in.

“I would like to raise as much as possible and I am grateful for everyone who has sponsored me so far.”