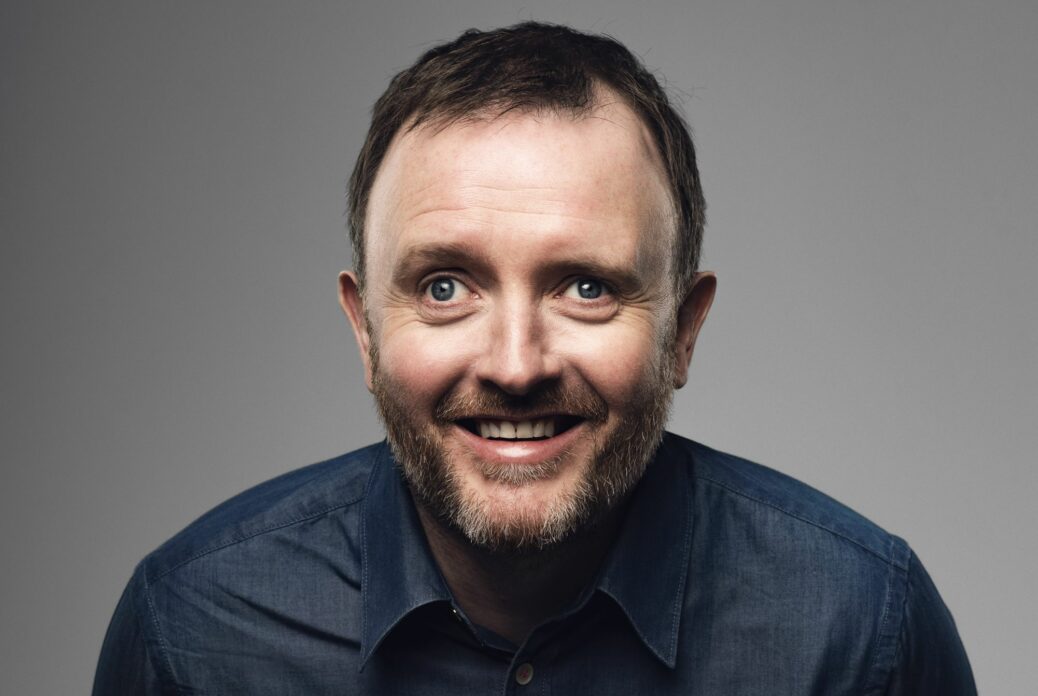 Chris McCausland is going places. And not just because he has just filmed a travel series for Channel 4.

The Liverpudlian stand-up star is back on the road with an extended leg of his Speaky Blinder tour which will see him perform over 130 dates nationwide, including at Southport Comedy Festival on Wednesday, 5th October 2022. For tickets visit: southportcomedyfestival.com

What began as a modest journey around the UK’s arts centres has snowballed as McCausland’s fame has grown thanks to breakout appearances on television shows including 8 Out Of 10 Cats Does Countdown, Have I Got News For You, the Royal Variety Performance and QI.

He has also recently recorded yet another appearance for the next series of Would I Lie To You?

He said: “They told me I’ve been in four consecutive series and nobody else apart from Bob Mortimer has done that. It’s pretty good company to be in.”

The Liverpool-born 45-year-old is a classic storyteller, who spins relatable tales of everyday life into comedy gold. The difference is that he is blind. He was born with a genetic condition called Retinitis Pigmentosa which caused his sight to deteriorate steadily throughout his childhood and teenage years.

He said “It’s not just blackness that I see these days, but rather just useless blurry light.”

This autumn Chris will be joining some of the UK’s top comedians at Southport Comedy Festival, in association with Hallliwell Jones BMW. The event  takes place in a luxury heated and seated marquee in Victoria Park in Southport from 30th September to 16th October 2022, for 17 fun-filled days of laughter.

Jeff Green will fly in to perform his only UK gig at Southport Comedy Festival this year, while there is a Disco Bingo Night in aid of Southport Flower Show and a Comedy Bingo Night raising money for Queenscourt Hospice.

Some of the best young comedians in the country will be competing once again in the Southport New Comedian of the Year contest.

In the past on stage Chris McCausland would only make a few references to his blindness at the start of his gigs, but in more recent years he began to feel more relaxed talking about it, making this his most personal show yet.

“I’m older, I worry less about what people think. I don’t really care about being trendy or cool any more, those days are long gone.”

His current show sees him weave traditional stand-up with a more personal insight into his experiences of life and fatherhood in the dark.

“I talk about loads of stuff from my failed attempts to meditate and keep fit, to my wife’s marathon labour, and the difficulties of trying to be a dad when you can’t see what the hell you’re doing. I try and offer a bit of insight into what life is actually like without sight, something that I probably wouldn’t have been doing a decade ago. The response from the audience has been really great!”

It’s a frank and funny show in which he talks about his shortcomings as a Dad, not being able to take his daughter Sophie, now nine, out on his own, or teach her certain things. He has a natural wit and ensures there are plenty of punchlines along the way, like when he talks about the farce of trying to play hide and seek when you can’t see to do either the hiding or the seeking.

This year though Chris McCausland has hardly had time for hide and seek with tour dates being added due to demand.

He said: “My wife is delighted that the tour keeps on getting longer.

“I’m not entirely sure that after having me stuck at home for 18 months during the lockdowns, she’s not on the phone to the promoter saying ‘can we add some more dates please and keep him away for longer?’”

The tour currently ends in style at the Shepherd’s Bush Empire on May 13, 2023.

It is not just gigging that keeps him away from home in Surbiton in south west London. He has also been filming a Channel 4 series which will air early 2023, in which he visits famous places with fellow comics.

“There’s nothing funnier than Tom Allen trying to maintain his sartorial elegance in 40 degree heat.” 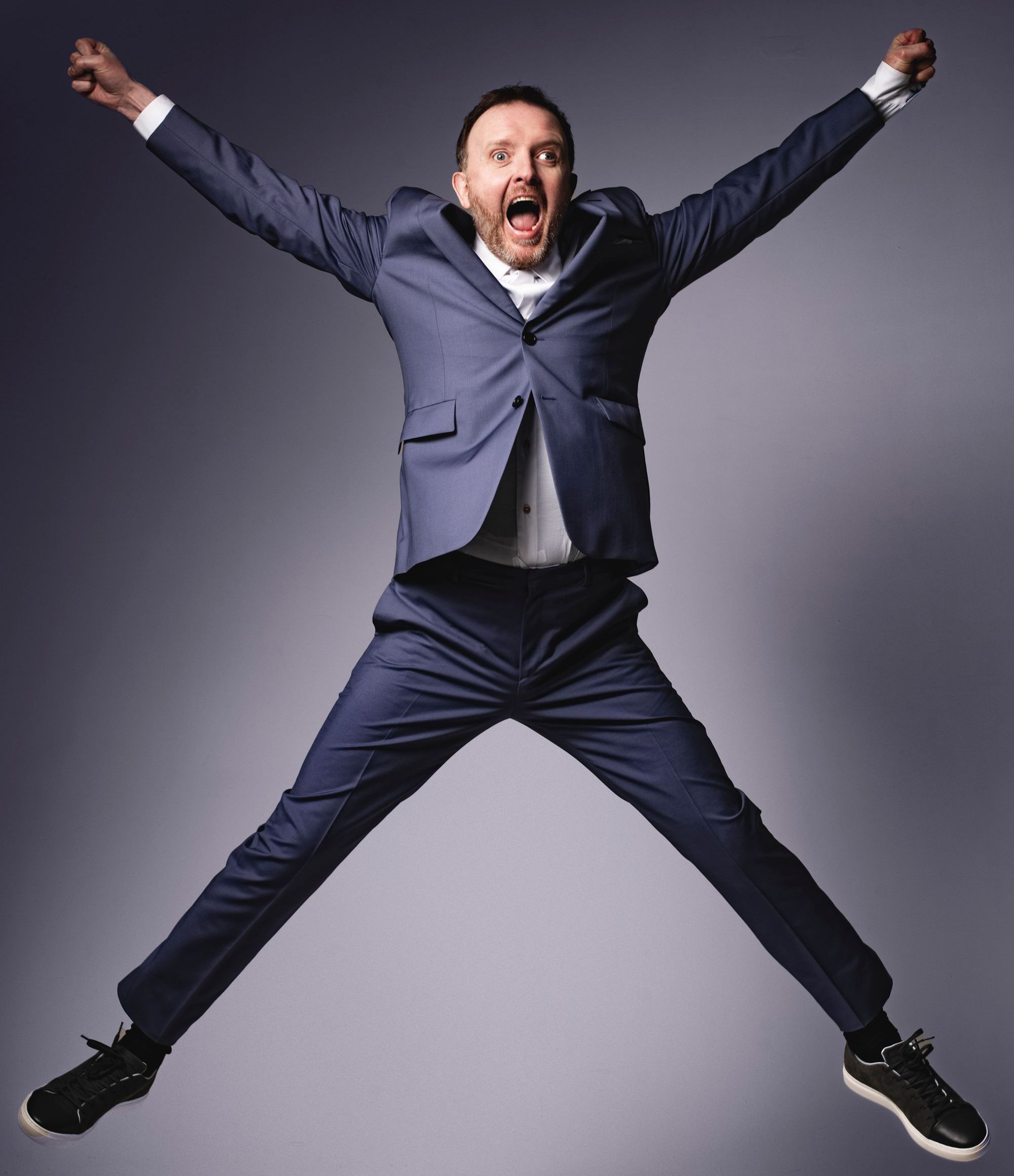 It is travel with a twist: “They are taking me to these places to prove to me that there’s more going on there than staring at famous sights. We immerse ourselves in the culture and the history. I’m up for getting involved. I did a pottery class and learnt about Greek theatre with Harry in Greece.”

It helps, of course, that he has such entertaining companions. “We could have gone to New Brighton with Liza Tarbuck and it would still be fun. I couldn’t have asked for better people.”

Fame clearly opens all sorts of doors. McCausland met Prince William in 2021 when he appeared on The Royal Variety Performance. “It could not have gone better. I went on after these German fellas that balanced on top of each other. I’m stood in the wings waiting for my cue and all I could hear was music and 5,000 people losing their minds and screaming. I thought ‘how can I go on after this and just talk?’ But it went really well.”

Afterwards he joined the line-up to meet the royal guests: “You’re given so many rules. Don’t talk to them unless you’re spoken to. Don’t shake hands. Don’t touch them. No selfies. And then Prince William just walks over and goes, ‘Hey Chris, it’s the Duke. How’s it going?’ and slapped his hand into mine. He was very chilled out and relatable. It was like talking to a cousin you hadn’t seen in 15 years at a wedding or something.”

McCausland is finally getting the breaks he deserves. He has recently been told that his Radio 4 game show pilot, You Heard It Here First, is going to be made into a series and he is due to appear on QI again at Christmas. He is also set to be one of the managers on the rebooted version of Fantasy Football League hosted by Matt Lucas and Elis James, which airs on Sky Max from September 29.

It all adds up to a nice result for this passionate Liverpool FC fan. He says he is more comfortable in his own skin now. Life is good. Has he ever had therapy? “I have it five times a week in front of as many people that are willing to buy tickets!”