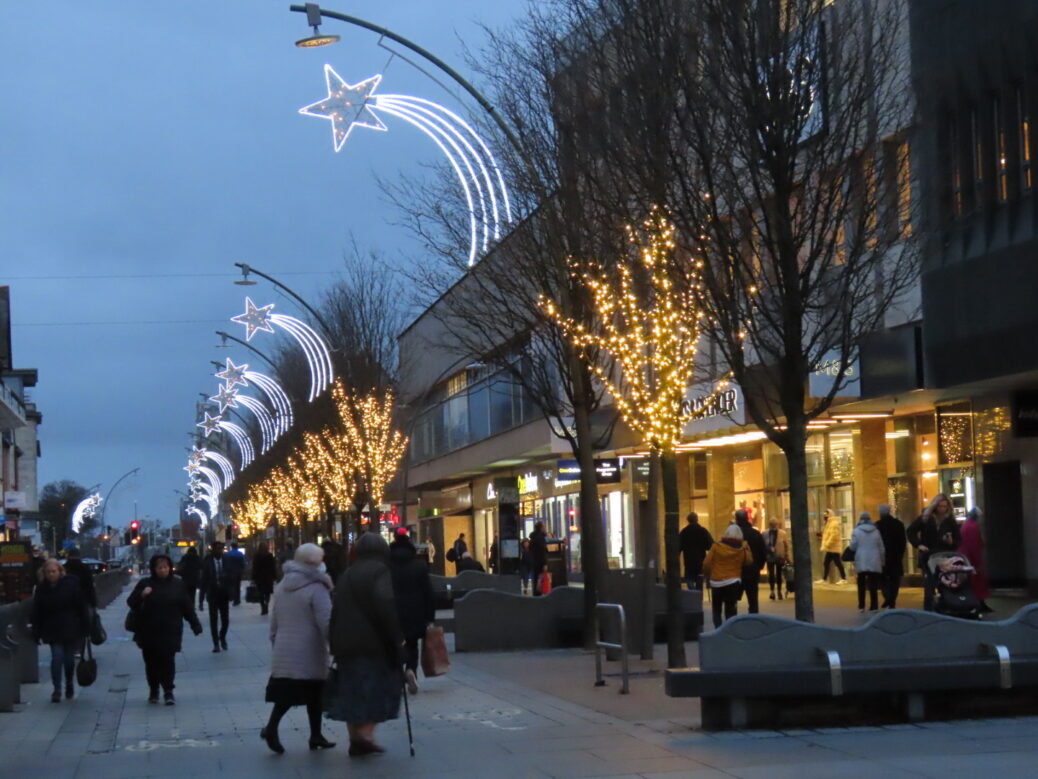 Chapel Street in Southport town centre is sparkling once more!

Southport BID has completed the project to light up the trees along the busy shopping street.

The BID contracted Southport firm IllumiDex UK Ltd to carry out the work, which involved removing old lights which had passed their shelf life before replacing them with sparkling new LED lights in time for Christmas and to bring a warm glow for shoppers during the winter season.

The new lighting is similar to the ‘boulevard of light’ which Southport BID and IllumiDex have created along Lord Street in Southport.

That scheme saw 300,000 lights strung along both sides of the historic shopping and dining boulevard, with the initiative enjoying national acclaim and praise from the Prime Minister in Parliament.

The new lighting on Chapel Street has been enhanced by beautiful Christmas decorations which have also been placed along the street.

2021 has proved to be a very positive year for Chapel Street. The busy pedestrianised shopping area has seen new shops, cafes and businesses opening including The Fragrance Shop, One Below, Hugo Lounge and Athena Healthcare.

Work is currently taking place to transform the upper three storeys of the former BHS department store, which has been empty for the past seven years, into 30 aparthotel rooms.

Building work is also taking place to open a new Tesco store at the entrance to Southport Train Station.

Southport BID Chief Executive Rachel Fitzgerald said: “This is a great example of how Southport BID utilises our valued levy payers’ contributions, including Chapel Street businesses, to improve our wonderful town to improve footfall and further strengthen it as a place residents and visitors want to visit.

“As part of our well received Christmas offering we were also delighted to see so many people head to Marble Place shopping centre on Chapel Street to be transported into a virtual festive magical world via the Digital Winter Wonderland experience created by Southport firm Immersive Interactive.”

“We have installed beautiful new lighting in 15 trees there.

“We ripped out the old lights, which had been in there for the past seven years and were past their best.

“It looks really good there now. The lighting is similar to the lights we used along Lord Street.”

For more details on the work Southport BID is doing to improve Southport, please visit: southportbid.com