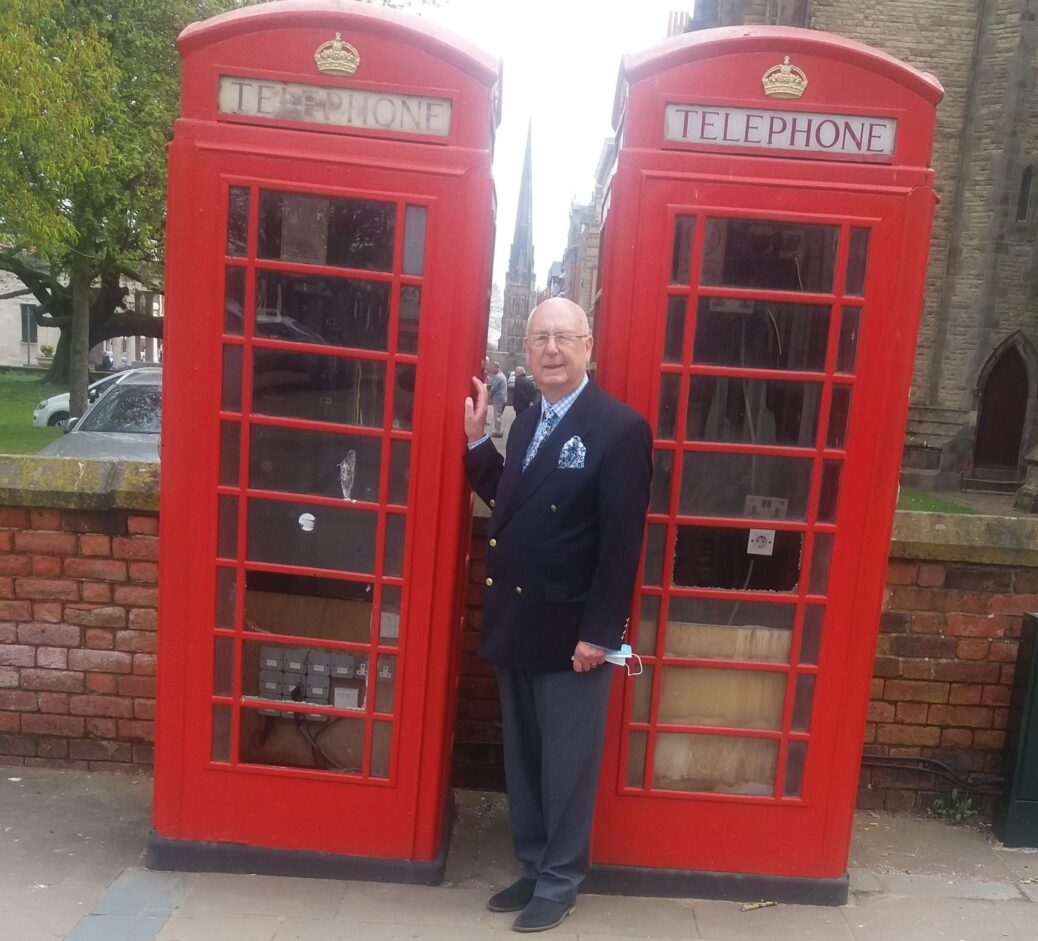 A councillor is calling for the two historic red telephone boxes next to Southport Town Hall to be preserved as part of the town’s heritage.

Town centre councillor Sir Ron Watson instead wants to see them being repaired and restored as a critical part of Britain’s great telecommunications history, as the iconic structure celebrates its centenary.

The first standard public telephone kiosk was introduced by the United Kingdom Post Office in 1921.

Created by Sir Giles Gilbert Scott, who also designed Liverpool Anglican Cathedral and Battersea Power Station, the red telephone box was in 2006 voted as one of Britain’s top 10 design icons alongside the Supermarine Spitfire, the Mini and the London tube map.

He is hoping that support from his council colleagues could help to save the iconic structures.

Cllr Sir Ron Watson said: “I understand that there are what I hope are only tentative suggestions that these structures be removed but they really represent a significant part of our heritage and not to have them in place as an historical reminder of our communications past really would be a very great shame and would be regretted by very many people.

“Whilst I accept that there might be some marginal cost involved in removing the existing equipment and replacing the glass with material that is vandal proof, I think that they would need to be locked and secured.

“The fairly obvious point in addition to this is that they should be repainted in the red colour that has been a feature of street life for many years.

“There will be many people for whom ‘press button B’ will still resonate but it would also be helpful for the younger generation to be able to view what has been a critical part of telecommunications.

“I understand that these structures are currently being offered for sale but I think this should be stopped in the hope that voluntary bodies with an interest in preservation and our heritage could liaise with Sefton Council and the GPO owners to see if a joint co-operative scheme could be agreed.

“I very much hope that this concept will be taken onboard by the relevant people concerned and I would personally be prepared as a local councillor for the area to agree to a funding allocation from the very small amount of money over which we have some direct input in terms of spending even if the word for word criteria for such schemes were in any doubt.

“We are on the brink of an outstanding range of improvements to our town through the hard work of the Southport Town Deal Board and our Member of Parliament, Damien Moore MP, and the added touch that this would give to the area could also be regarded as giving added value.”

At the moment there are ‘for sale’ signs on the phone boxes. Sir Ron Watson is calling for action to be taken to preserve them.

He said: “There are large signs on both of these telephone boxes indicating that they are literally up for sale but at the very least my view would be that one of them should be kept as what I will describe as a ‘heritage’ item.

“I have therefore repeated my call that the council should use funding that is available to negotiate the transfer of one of them but any price agreed should really not be based on commercial considerations but on the intrinsic value that they have in respect of our telecommunication heritage.

“I believe in other areas this has happened but the critical point also remains that under no circumstances should they be removed from the present site although as a compromise I could live with one of them having a changed location as long as the other was left, repaired and restored to indicate the history I have outlined.”