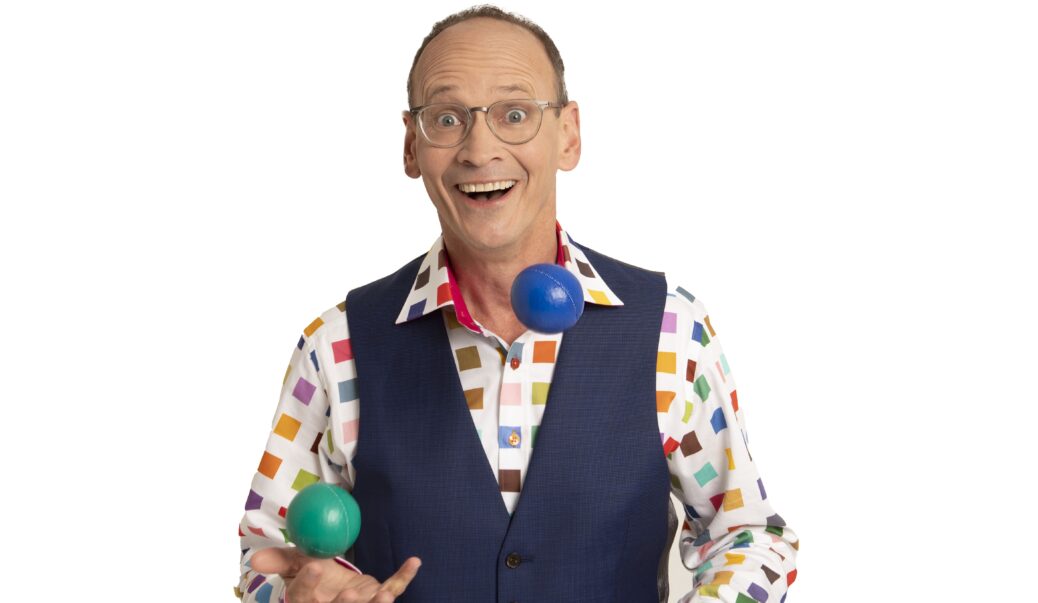 Southport Comedy Festival 2021 has announced an afternoon show for all the family featuring Britain’s Got Talent finalist Steve Royle!

Steve, a top three finalist in Britain’s Got Talent 2020, is an unmissable comedian, juggler and variety star.

He is bringing his Royle Variety Performance to Southport Comedy Festival for a fun-filled afternoon for all the family on Sunday 17th October.

Some of the biggest names in comedy have already been announced for this year’s  Southport Comedy Festival , which will be held in a giant marquee at Victoria Park in Southport between 1st October and 17th October.

The Festival is sponsored by Anthony James Estate Agents in Southport.

A Gillard Award winning presenter on BBC Radio Lancashire Steve is also a regular television warm-up for programmes such as The Rob Brydon Show, A Question Of Sport, Mastermind, The Price is Right.

He also has several television appearances to his credit including Phoenix Nights, Max And Paddy’s Road To Nowhere, and Peter Kay’s Britain’s Got The Pop Factor. He was also featured on the Granada Programme Behind The Scenes and That’s Entertainment (with Cannon and Ball). He was voted Entertainer of the Year at the inaugural Red Rose Awards.

A regular at the Southport Comedy Festival performing as himself and as part of the much-loved comedy sketch group Slaughterhouse Live, Steve Royle embarks on his first national tour  following his success on Britain’s Got Talent where he made it to the final three.