The Barclays Pod is a new standalone physical banking format which allows Barclays to be present in more accessible locations for its customers.

The closest existing Barclays Bank is at 265-267 Lord Street in Southport town centre.

The Pod at Morrisons supermarket, at Winter Gardens in Southport, would be hosted by local branch staff members, to provide face-to-face financial support to shoppers and passers-by.

Customers would either be able to walk in, or could go online to book an appointment in advance.

The Pod would however be cashless, meaning customers wouldn’t be able to pay in cash deposits or make cash withdrawals.

Morrisons supermarket in Southport was chosen for the initiative because of the large numbers of shoppers who use the store, as well as providing added convenience for customers who can carry out their banking and shopping at the same location.

The first Barclays Pod has recently opened at St Austell in Cornwall. The bank claims that the service has received positive feedback from customers. 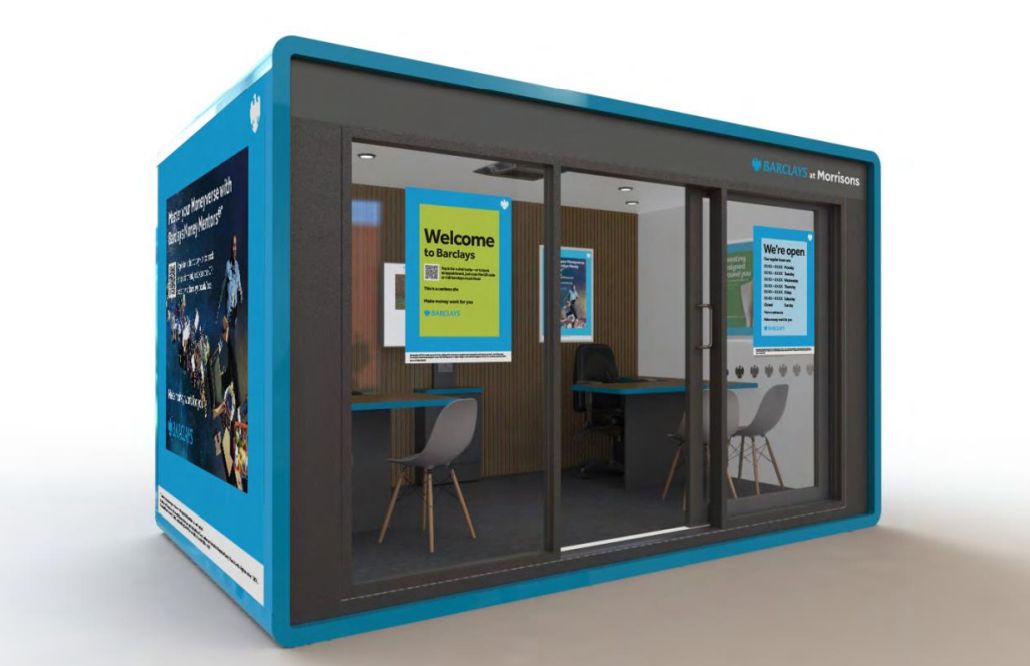 The firm has submitted a planning application for the new Barclays Pod to Sefton Council.

The Pod would be sited on two existing parent and toddler parking bays immediately adjacent to the store’s garden centre.

The plans have been submitted by Whittam Cox Architects. In the application, they said: “The Barclays Pod is a new standalone conversation space hosted by local Barclays colleagues, open for customers’ everyday banking needs.

“Located within the car park of the existing Morrisons store, the new pod reduces journeys and increases convenience for the public by coinciding with existing local travel and parking patterns.

“Customers will be able to “walk-in” or book an appointment with Barclays colleagues in advance. The interior houses two private desk areas for customer appointments which can be converted into a flexible seating setup for seminars and events.

“The space is heated and air conditioned for comfort and is designed to be fully accessible from the outset, with a wide entrance door and ramp.

“The pod is cashless. Thus, while a variety of banking services will be available for customers, cash deposits and withdrawals will not be provided, and no cash will be kept in the pod at any time.

“Nothing of any value is left overnight in the pod. The pod is secured out of hours via two heavy duty door locks. In addition there is internal CCTV and a tamper alarm; which will automatically trigger an alarm to Barclays central security team. The pod will also have the bollards installed around the outside to prevent accidental or malicious damage.

“The pod is placed on steel feet to level it on the existing car park surface. The elevations will also display vinyl signage. 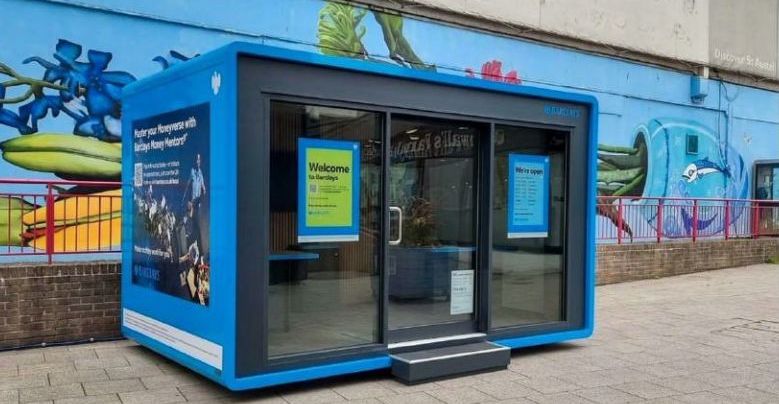 “At the end of the building’s use on this site, the pod will be removed, and the original car parking use will be reinstated. The pod can be relocated to an alternative site to prolong the lifespan of the pod.

“Wm Morrison Supermarkets Ltd would also add that the Barclays pod offers a service which is highly valued by Morrisons customers and firmly aligns with their plan to bring more and more popular and useful services to the communities that they serve. There is no disruption to their normal operation.

“The scheme seeks to revitalise the existing Morrisons car park by offering more choice to customers and generating new employment opportunities through the provision of a Barclays pod. Wm Morrison Supermarkets Ltd hope that the advantages of this proposal as well as the overall benefits to the local community will be supported.”