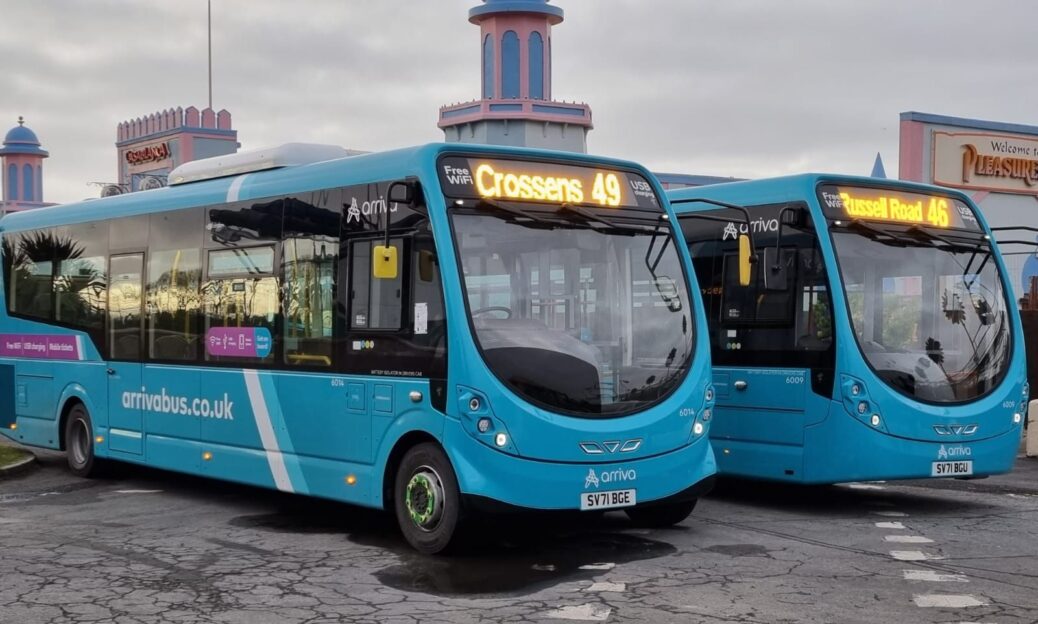 Arriva North West bus drivers will begin industrial action as they campaign for better pay with their intention to strike from 2am on Wednesday 20th July.

During this industrial action there will be no planned Arriva bus services operating within Merseyside, Greater Manchester, Lancashire or Cheshire, except for local Macclesfield services which will all run with the exception of service 38.

Arriva customers with pre-paid tickets travelling in Cheshire will be able to use them on buses operated by D&G Buses, visit https://www.dgbus.co.uk/ for service details.

Wales services and services running out of Chester depot and into Chester from Wrexham and Rhyl are unaffected and will continue to operate.

Arriva urges all customers to check one of the following outlets before travelling:

An Arriva bus drivers spokesperson in Southport said: “As you may or may not be aware Arriva drivers in Merseyside and the North West are on continuous strike action against their employer from 02:00 Wednesday 20th July.

“I would kindly ask you to support the drivers on the picket lines at Canning Road and Eastbank Street.
“The drivers will be more than willing to engage in conversation regarding the reasons why they have took to the picket line as a last resort to try to secure a fair deal from their employer.
“Arriva drivers fully understand that this will have a major impact on the communities lives we serve over the coming days and maybe weeks with getting to work, hospital appointments and days out especially during the school holidays and want this resolved as quick as we can.
“So don’t listen to the company propaganda that the drivers are greedy, they just want a fair wage, so if you see them show your support.”

“We are very disappointed that we were unable to reach an agreement with Unite and GMB,

who have confirmed they plan to hold a strike for an indefinite period across services in the North West from 02.00 Wednesday 20th July.

“Our people play a hugely important role keeping Merseyside moving and they fully deserve a fair pay rise – especially with the cost-of-living increasing so much.

“It’s why despite the significant pressures on the bus sector with increasing costs and passenger numbers still at below pre-pandemic levels, we have offered our people a generous pay rise of 8.5% – an increase far higher than most workers are receiving from their employers at a time of considerable economic pressure.”

Arriva says that the offer would see bus drivers in Merseyside receive an hourly rate of £14.67 – the highest rate of major operators in the North West of England and an offer higher than Unite has recommended for approval with another operator in the City Region.

Arriva adds that despite such a high offer being put forward, “the unions are refusing to even allow this latest offer to be put to their members in a ballot meaning Arriva services in Merseyside will not be able to run.”

Howard Farrall said: “Furthermore, we have tabled this offer during a time of significant focus on sustainability of our networks in partnership with our local public transport authorities, to ensure that Arriva continues to deliver and manage a viable bus network across the Region reflecting post-pandemic passenger trends.

“It isn’t right that the Unions wouldn’t put this latest offer to their own members and allow them to exercise their democratic right to vote. The mandate for strikes arose from a ballot of Unite and GMB members on a previous pay offer, meaning strikes are continuing without the

improved proposal being put to employees by the Unions Strike action is counter-productive, harms the communities and customers we serve, and damages bus travel at a time when we should all be focused on building recovery from the

pandemic.  We’re calling on Unite &amp; GMB to abandon their plans for this damaging strike and to ballot their members on the new offer.”

Unite pointed out that the other operator mentioned was Stagecoach and that planned strikes with that company were only called off after an offer of over 11% pay deal was agreed. Unite regional officer Dave Roberts said: “Arriva bus workers play a crucial role in keeping the North West moving.

“This dispute has been fermenting for years as bus drivers have seen their hard work taken for granted and rates of pay steadily eroded.

“Unite remains committed to resolving the dispute at the earliest possible opportunity and it will embark on fresh negotiations any time, any place and anywhere, provided Arriva is prepared to make an improved offer.”

*All local Macclesfield services will run with the exception of service 38.  Services running out of Chester depot and into Chester from Wrexham and Rhyl are unaffected and will continue to operate.  The special Liverpool Clatterbridge Hospital Shuttle service will also continue to operate during this time