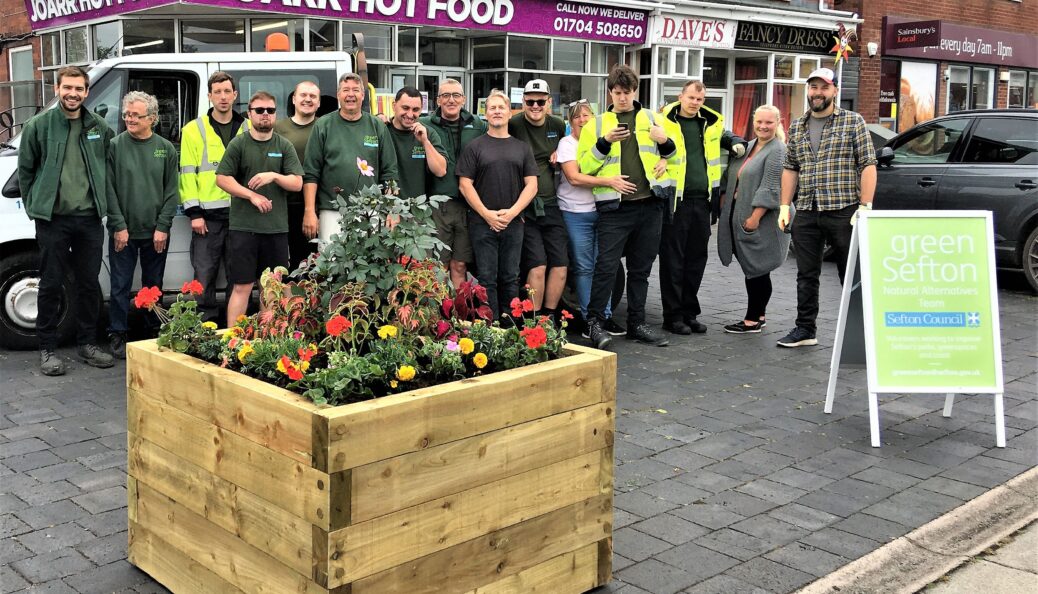 Plans for bringing more of a village-like feel to the Bispham Road area in Southport have taken a significant step forward with the first of a series of planters being installed.

The planters are being co-funded by Norwood’s councillors and the High Park Project to help kickstart the scheme, which aims to help improve commerce and community spirit.

Cllr Greg Myers is leading on the project and also helped build and install the first of the planters, he says he’s thrilled that four of the eight planned heavy-duty structures are now in place.

He said: “After a frustrating series of delays due to the pandemic, pings and even wildfires causing timber shortages, it’s fantastic to see the first of the planters going in finally.

“Our idea is to bring some much-needed love to Bispham Road to boost the area and have local traders and residents working in tandem to bring some more community pride to it.

“We already have lovely villages in Southport with places like Ainsdale, Birkdale and just down the road in Churchtown, so we thought Bispham Road deserved a touch of that too. Living here myself I’ve always felt that all it needed was a bit of TLC as the community itself is really warm and friendly.

“The planters are the first highly visible sign of that, they bring some much-needed colour and have received a huge amount of positive comments. Given we are only half way through that particular job, as there’s another four to come, that’s really very encouraging.

“I’d really like to thank the fantastic Natural Alternatives team for their help in building and installing them. The project works with adults with learning disabilities and they have done a brilliant job on the planters and are really wonderful to work with.

“I’ve also set up the Bispham Road Improvement Group which is bringing together the traders with residents and ourselves to then look at what else can be done for the area.

“It’s hoped local businesses will now look at installing their own planters and indeed some have already led the way, such as Postmaster David Hartley.

“As I was helping to install the first set, other traders came out and said how good they looked and that they’d now be putting out their own, so our original idea of using these to kickstart a wider process seems to be working.

“As local councillors, we will also be funding a project for the festive season and my colleagues Mhairi and Carran are also working with the High Park Project and local residents on improving our local green spaces.

“We want to do all we can to help improve our community in Norwood Ward and this particular scheme is an important part of those wider plans.”