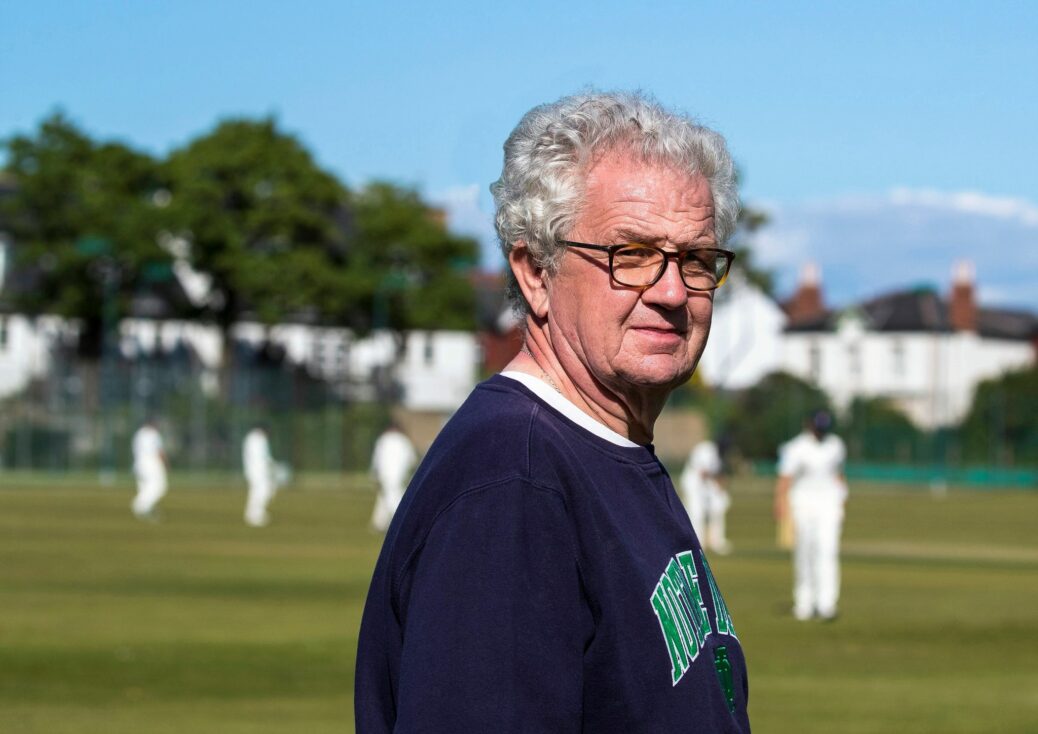 One of Britain’s best cricket writers has published a book about the game he loves.

Paul Edwards, a former left-arm spinner for Southport & Birkdale, has penned Summer Days Promise – a must for any cricket lover.

The book is available on Amazon here.

It is a collection of his work for Cricinfo, The Cricketer and other outlets over the past three decades.

Many in Southport will recognise his superb weekly match reports for S&B which have appeared in the Southport Visiter over the past few years.

“It’s an extraordinary life,” Paul Edwards told the Southport Visiter, reflecting on the past 30 years.

The book features reports from matches big and small, from Ben Stokes’ Headingley epic in 2019, to Chorley v Littleborough as cricket began to emerge from the shadow of Covid the following year.

“But in a four-day match you get time to see the game develop, to see players react under different pressures, to see them over six hours or eight hours of an innings.

“In a sense, the cricket becomes the context for other things.”

Cricket, more than any other sport, is a numbers game, whether it’s Bradman’s 99.94 or Laker’s 19/90. Modern data journalism has taken that to an extreme with WinViz and XAve and Match Impact Scores.

Paul Edwards prefers to think of the people, and their stories.

He said: “I think some of it is produced by people who count things because they don’t feel anything, because they forget that they’re actually people playing these shots.

“I think the point about data is that it’s a bit like literary theory. It’s useful, but it does not explain of itself a poem or a novel.

“The fact that you know there is a psychoanalytic reading of a novel doesn’t prevent there being others.

“In the preface to the book, George Dobell says ‘Paul isn’t the sort of person who would spend hours on Statsguru in order to uncover some bizarre numerical feature of a cricketer’.

“He’s right, I wouldn’t. I tend to think about what sort of person they are.

“And that’s the point of course, is that cricket appeals to poets and people who read poetry, because of all sports, It is the most revelatory of character.

“And of course, four-day cricket takes such a long time, that you’ve got more opportunities to see the characters reveal themselves.”

A teacher by trade, Paul Edwards was born in Sussex but moved to the North West at a young age.

Much of his story is set at Trafalgar Road, where he cut his teeth writing S&B match reports for the Southport Visiter – which he still does to this day.

“The last thing I write will probably be a report on S&B for the Southport Visiter, before senility finally claims me,” he said.