£4,000 appeal launched to give voice back to university lecturer, 30, who suffered rare brain tumour

Home £4,000 appeal launched to give voice back to university lecturer, 30, who suffered rare brain tumour 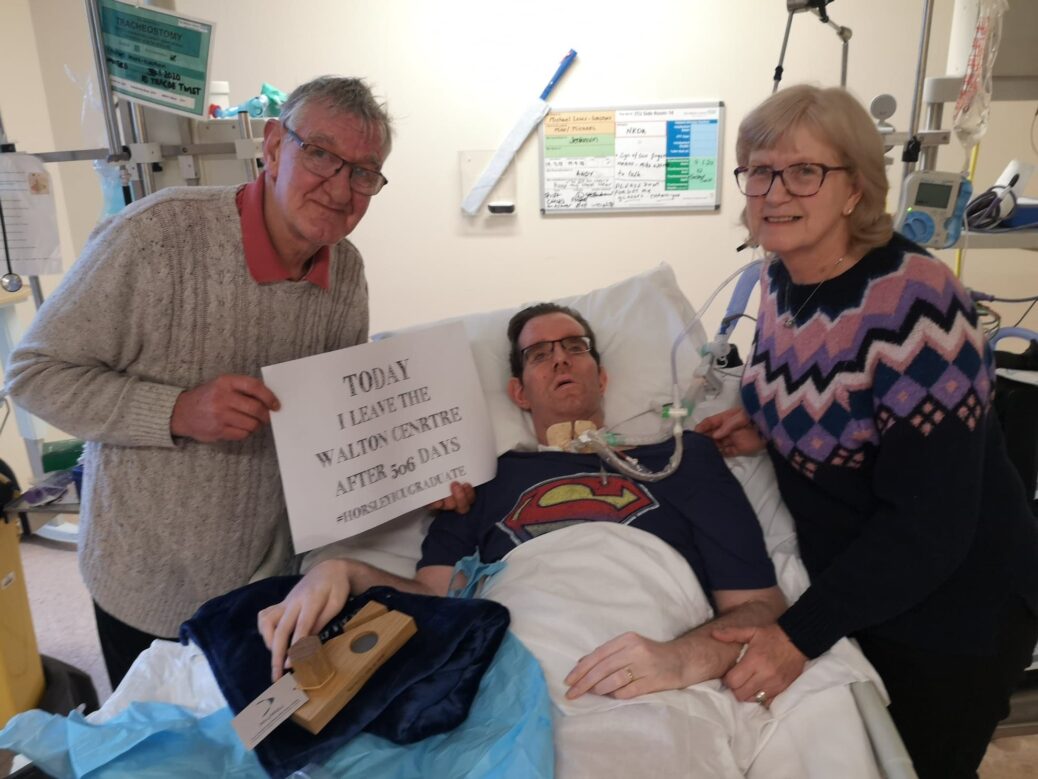 A 30-year-old university lecturer left severely disabled by a rare brain tumour which saw him spend over 500 days in intensive care is hoping to finally get his voice back.

Michael Walton, from Southport, is so poorly that he cannot close his eyes and is in an ICU rehab centre, while his loving parents sold their home in order to care for him.

Now his family and friends have launched a £4,000 appeal to purchase special eye-gaze technology to help him to communicate once again.

Michael, who was a psychology lecturer at Manchester Metropolitan University, visited his GP after noticing a buzzing sound in his ear for what he thought would be a routine appointment.

He was stunned when a scan to find out the cause of the tinnitus in his ears happened to pick up a 3cm hemangioblastoma, a rare tumour on his brain stem formed mainly of blood vessels.

The former pupil at Our Lady of Lourdes Primary School and Christ The King High School in Birkdale in Southport was just weeks away from finishing his PHD at the time.

He has since undergone six invasive brain operations, the last of which saw his family worried that he might not survive.

Michael’s sister Stephanie Russell said: “Upon the outcome of the final surgery that Michael underwent, Michael was left with very severe and likely permanent symptoms. 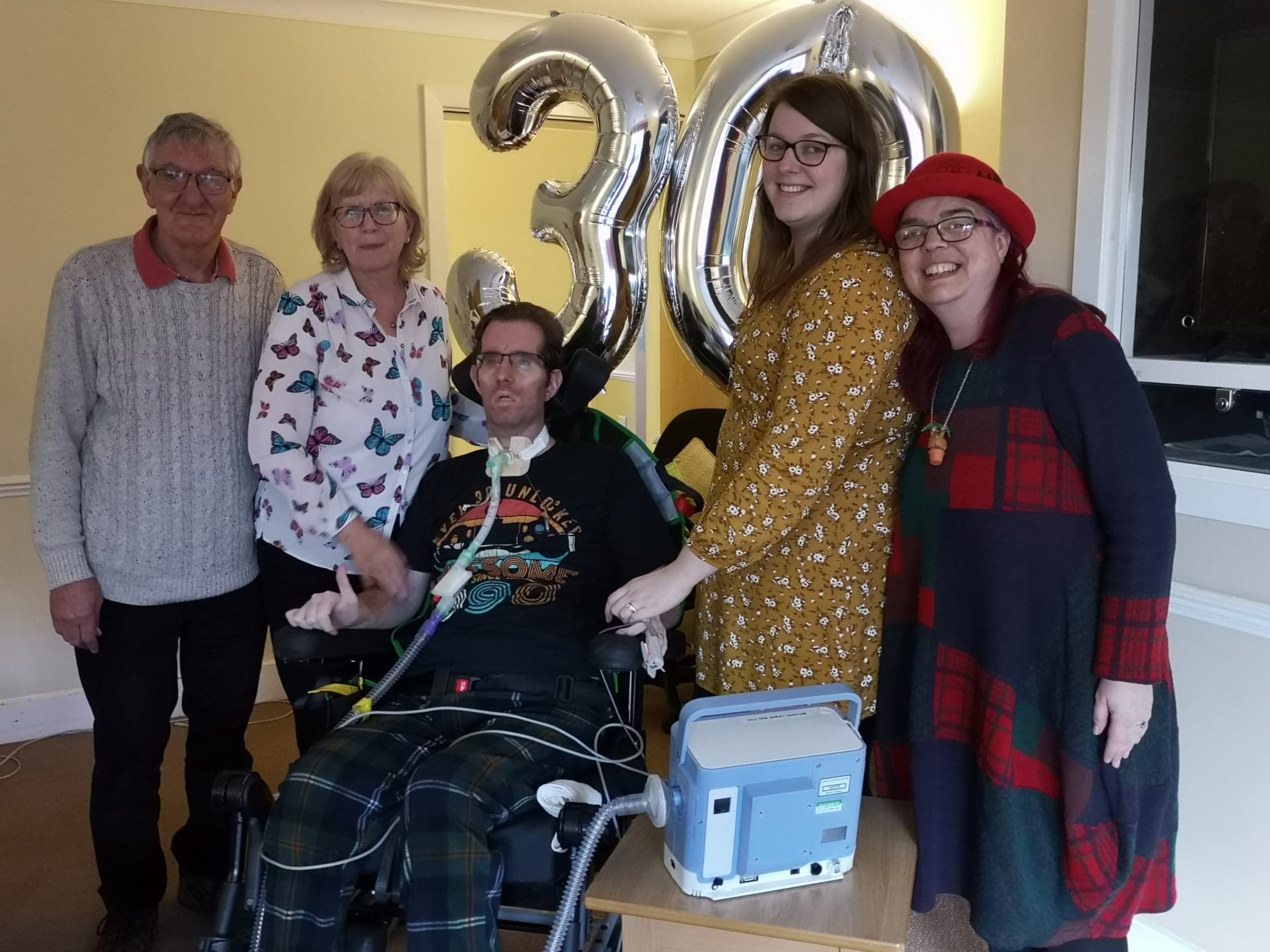 Michael Walton, from Southport, celebrates his 30th birthday in March 2020 with parents Roger and Margaret and sisters Stephanie Russell and Ashley Strom

“Over the past year Michael has improved marginally in some areas, however he is fully ventilated with a tracheotomy. Michael can come off for around one hour per day, which is just for a safety net in case the ventilator was to break, to allow time for repair or a new fitting.

“The use of the ventilator significantly lowers his life expectancy, in addition to preventing him being able to speak, drink or eat food.

“As a result of the surgery Michael can also not close his eyes due to him developing Bells Palsy, a type of facial paralysis that results in an inability to control facial muscles.

“This has caused issues with his vision, alongside ulcers in his eyes. It also causes a weakness and lack of movement on both sides of his face. Michael is unable to create facial expressions, express emotion, or close and move his mouth in anyway.

“One of Michael’s most challenging outcomes is the loss of function and strength in his entire body, he is unable to stand up, or walk in anyway. Alongside this Michael was always left-handed, and unfortunately his left side of his body was affected much worse, causing him to now need to use his right hand for the limited function he currently has.

“Michael can still wave as seen in the picture. The future prospects of this improving are very slim, due to the weakness caused by the surgery and subsequent muscle loss from his time in intensive care. Michael’s rehabilitation causes him to become exhausted, but he is committed to maximally improving his quality of life as much as he can.”

One way Michael and his family are desperately keen to improve is by being able to communicate again. They are trying to raise £4,000 for a new eye-gaze system. 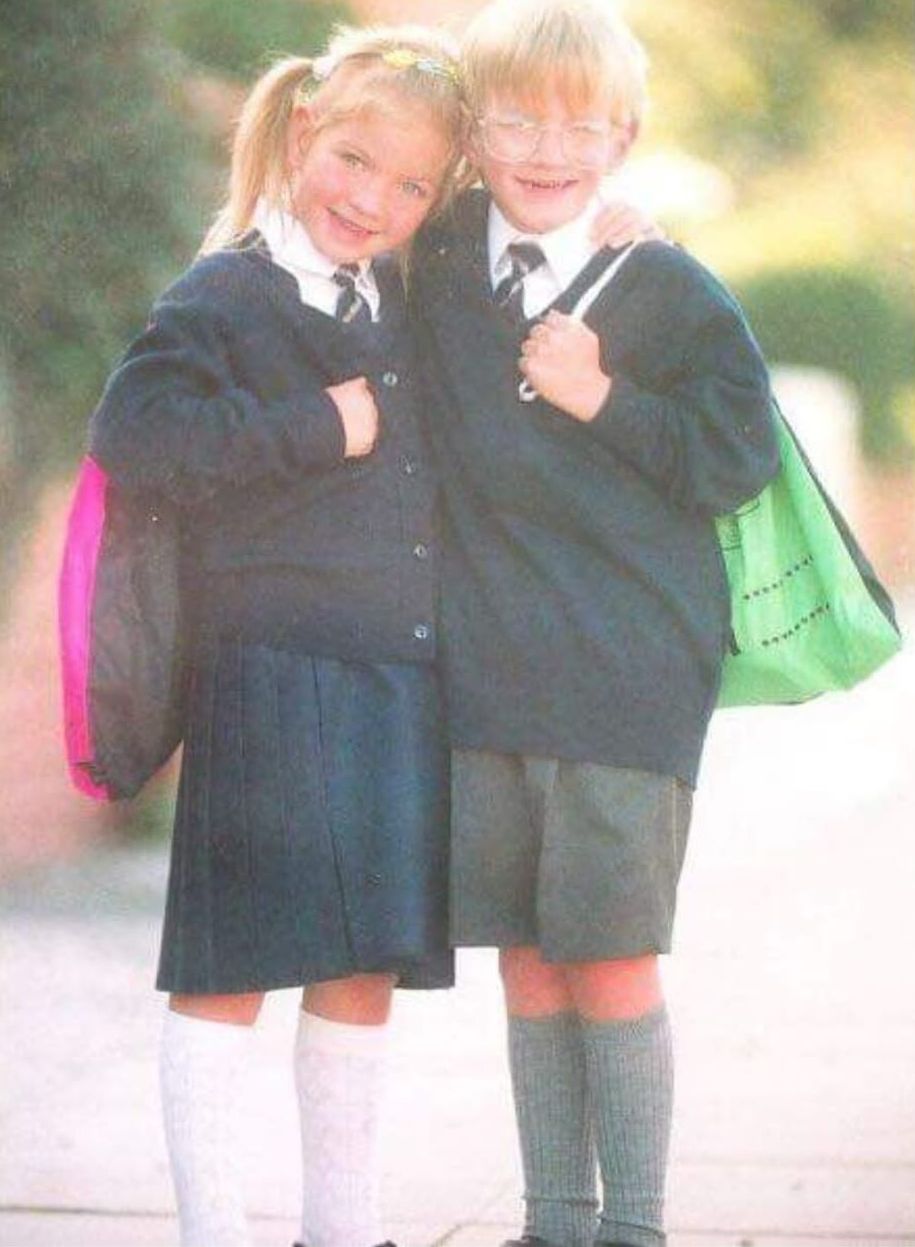 The technology enables locked-in users to communicate with the world via robust, accurate eye tracking devices, and software.

A special eye tracking camera mounted below the screen observes one of the user’s eyes.

Sophisticated image processing software analyses the camera’s images 60 times each second and determines where the user is looking on the screen. Nothing is attached to the user’s head or body.

Nik Dodd, who launched the fundraiser for Michael, said: “When communicating with Michael there are various challenges. We currently use a spell board, where we read out a colour, and each colour has six letters assigned to it. Michael will confirm the colour with a nod, and we will then read out the corresponding six letters to get the letter he wants to use to spell. This is a very long and tedious process for Michael, even though he has memorised the spell board! It often makes him demotivated to engage in any conversation, due to how difficult and time consuming it is for him to write basic sentences. 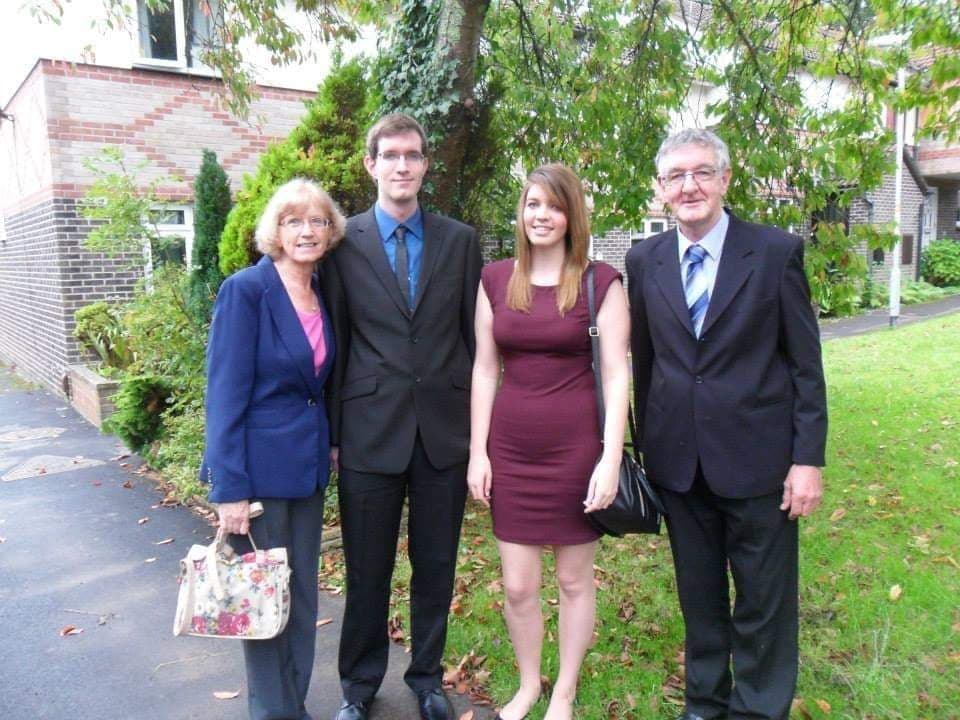 “Michael’s cognitive functions are all still fully active. Michael mentally is still the same person that went into that surgery, he asks questions which demonstrate his intelligence, understanding and care. He even shows a sense of humour and spells words which most of us couldn’t spell at the best of times!

“We want to purchase the eye gaze technology in order to finally give him back a voice, allowing him to communicate and express himself again. In addition to this it will help greatly with his daily life as well, as he will have access to entertainment and be able to make his own choices. The communication device we are aiming at purchasing can be seen here: Eye gaze communication device.”

Michael is now determined to regain as much independence as he can, through getting his voice back, and move out of the home he is currently in.

He is being supported by his family, including Mum and Dad Roger and Margaret, as well as twin sister Laura Kellow, who lives in Plymouth and is studying nursing; Stephanie Russell, 28, who is a carer for her disabled daughter; and Ashley Strom, a shop assistant who lives in Birkdale in Southport.

Nik said: “Michael has always had a loving family, who support him as best they can, alongside a solid support structure from his friends and work colleagues. Michael was married prior to his surgery, and unfortunately is now separated. Michael was a university lecturer teaching Psychology at the Manchester Metropolitan University, and was very close to completing his PHD. He had graduated with a degree in psychology at Lancaster University in 2011. 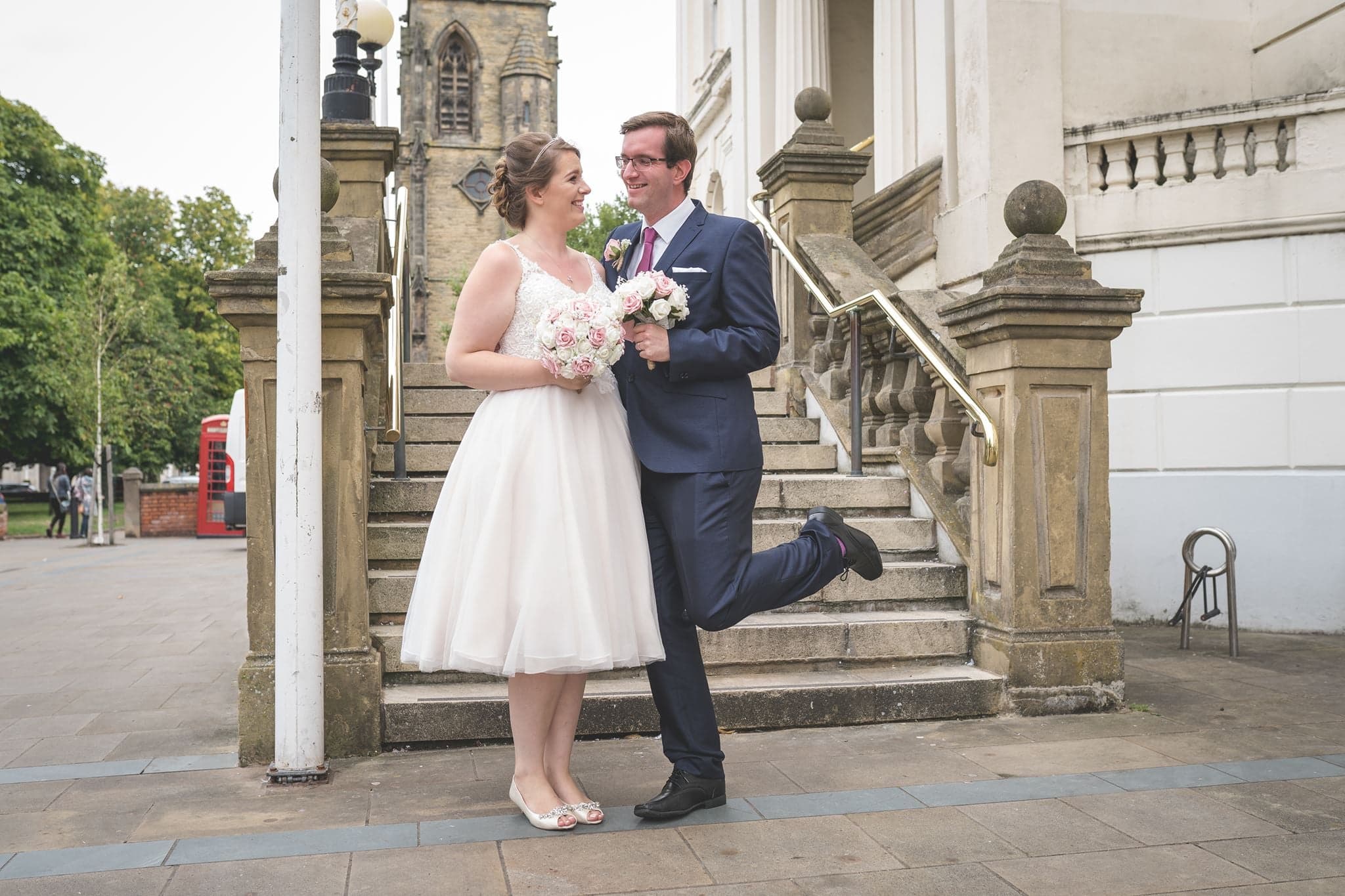 Michael Walton, from Southport with sister Stephanie Russell, on her wedding day, four weeks before his surgery

“His overall goal is to get out of the home where he is, and to regain as much of his independence and privacy as physically possible.

“Seeing the efforts Michael’s family have made, whilst aiming towards this have been remarkable. “His parents, Roger and Margaret, have sold their family home, in order to buy a property for Michael to move into and are currently pulling out all the stops adapting and developing it to finally get him back home.

“Any extra money beyond our initial goal for the communication device will be put towards the development of Michael’s new home ensuring he has all the devices and features needed to make his life easier.

“Thank you for any help you all can provide for Michael.”

You can help Michael at the JustGiving page here: Weʼre raising £4,000 to purchase eye-gaze technology to help give Michael Walton a voice again!