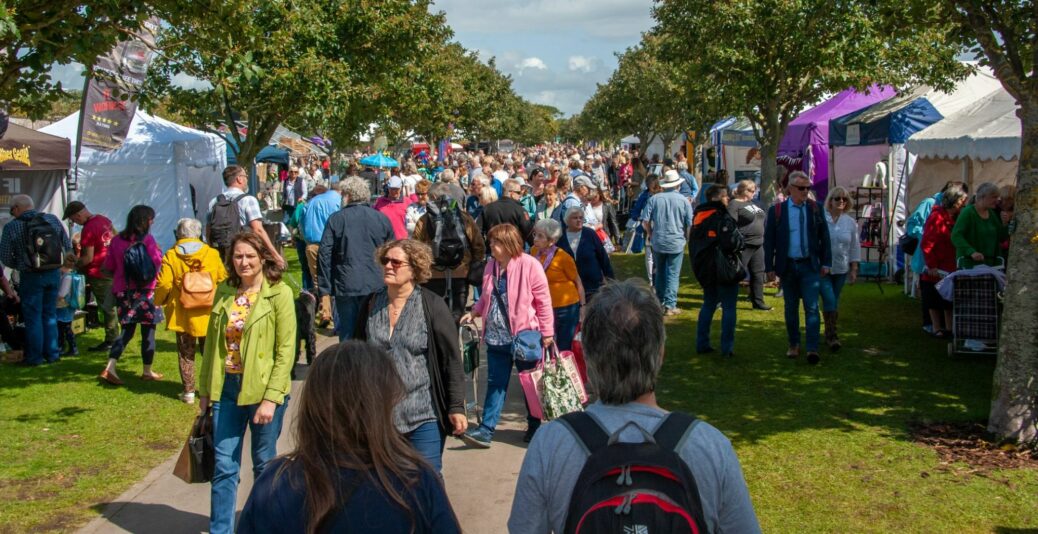 The Southport Flower Show is back this summer – and here are just 10 of the reasons why we love the UK’s biggest (and best) independent flower show!

We could have picked a thousand reasons, but have worked hard to narrow it down to just ten.

What are the things you love most about the event? Please let us know!

Tickets are on sale here: www.southportflowershow.co.uk 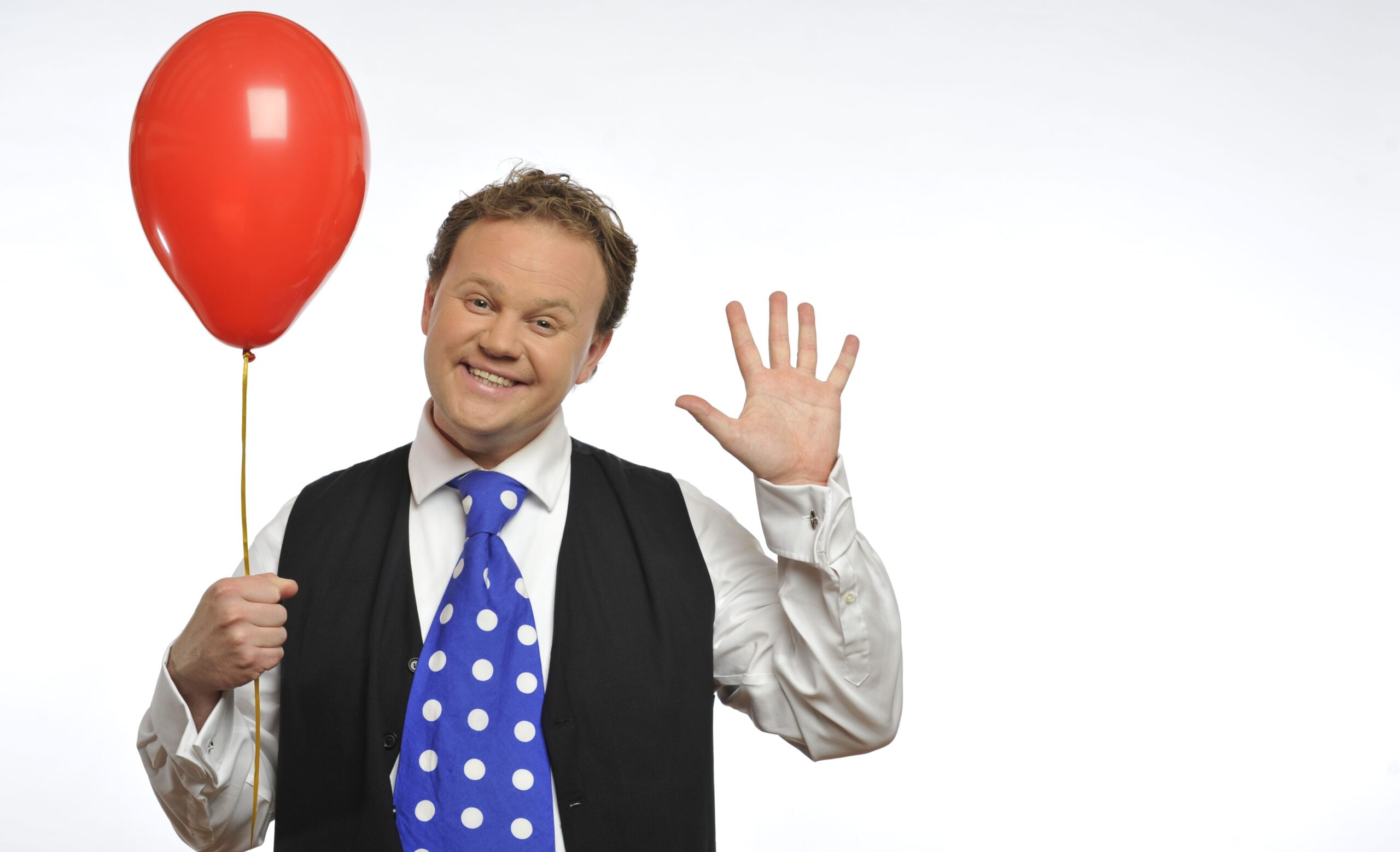 Kids go free at the event and visitors can also bring along their four-legged family members with pet dogs allowed on the site.

Keeping them entertained will be children’s TV star Justin Fletcher, who is known to millions of youngsters for his shows Something Special, Gigglebiz and Justin’s House. He will perform two shows on Sunday 21st August (11am and 1pm).

He is among a string of family-friendly attractions for this year’s event andreturns to Southport after entertaining visitors back in 2018 and 2019. 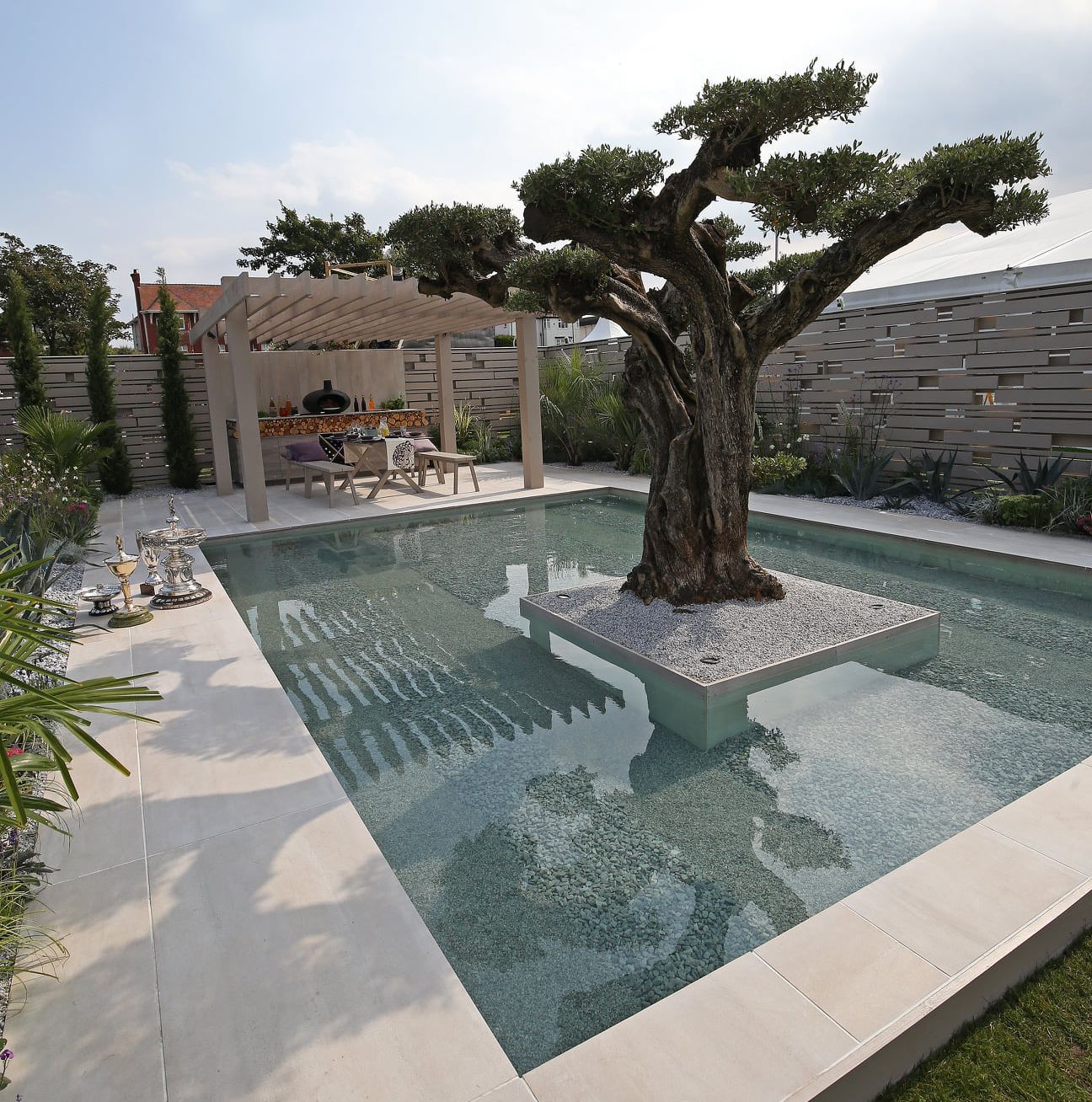 Arguably the most popular attraction at the show, visitors make a point to visit the spectacular Show Gardens.

Led by the show theme each year, these incredible gardens are constructed by Garden Designers and Landscapers in just under two weeks. Inspired by the show’s annual theme.

Exhibitors go head-to-head to create and impress the judges.

Whether you are looking for inspiration, ideas or the professionals who will do the right job – you will leave our breath-taking Show Gardens excited to transform your own. 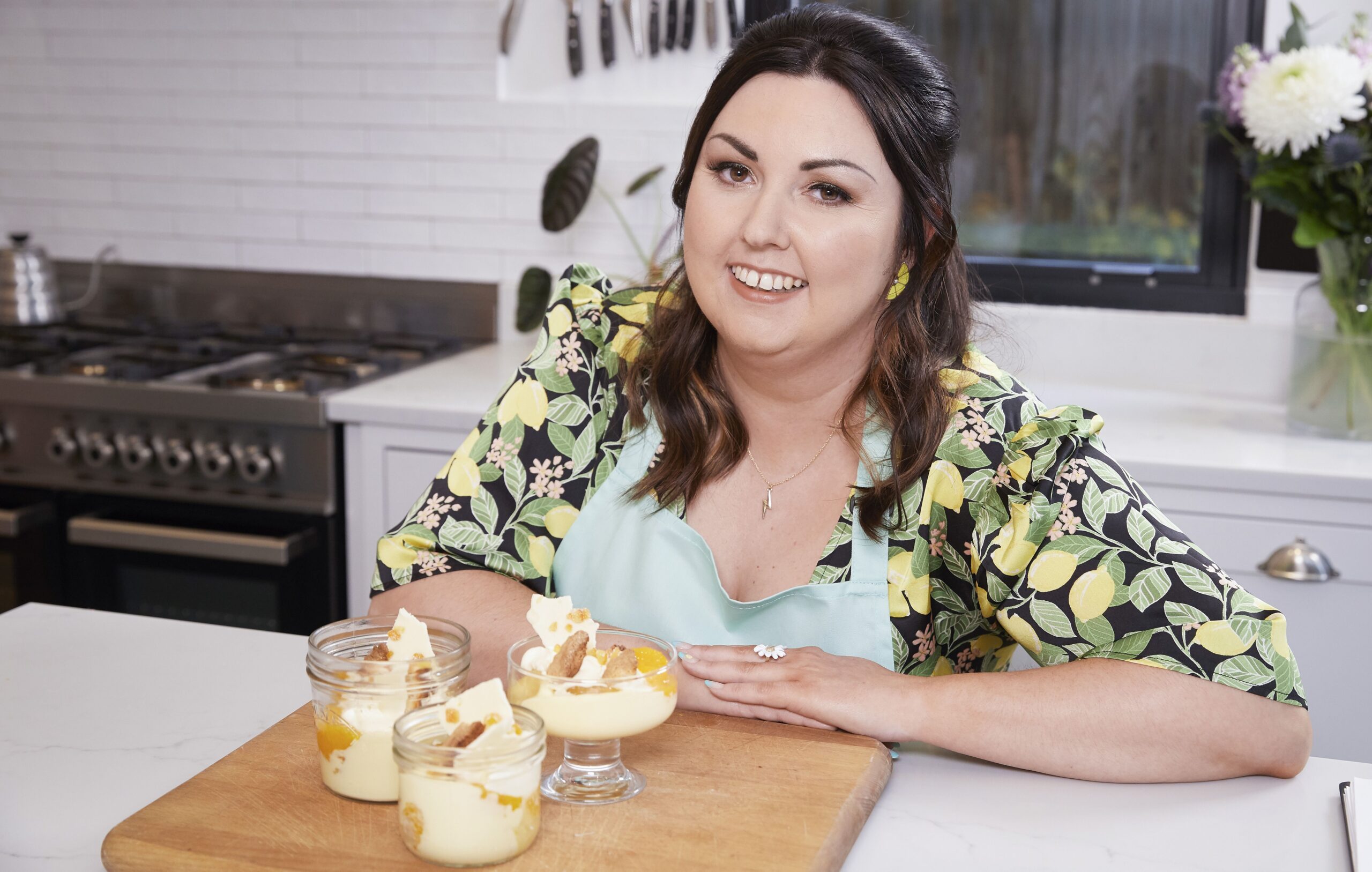 A home baker from Southport who created the official pudding for The Queen’s Jubilee is to be a star turn at Southport Flower Show.

Jemma Melvin’s Lemon Swiss Roll and Amaretti Trifle recipe beat more than 5,000 desserts to win Fortnum & Mason’s Platinum Pudding competition which was followed by the BBC One programme, The Jubilee Pudding: 70 Years in the Baking.

Now Jemma will share some of her baking tips with thousands of visitors as she appears in the cookery theatre.

Jemma was persuaded by a friend to enter Fortnum’s Platinum Pudding competition earlier this year. Her citrus trifle used techniques she learned from her grandmother and was inspired by the lemon posset served at The Queen’s wedding to Prince Philip. 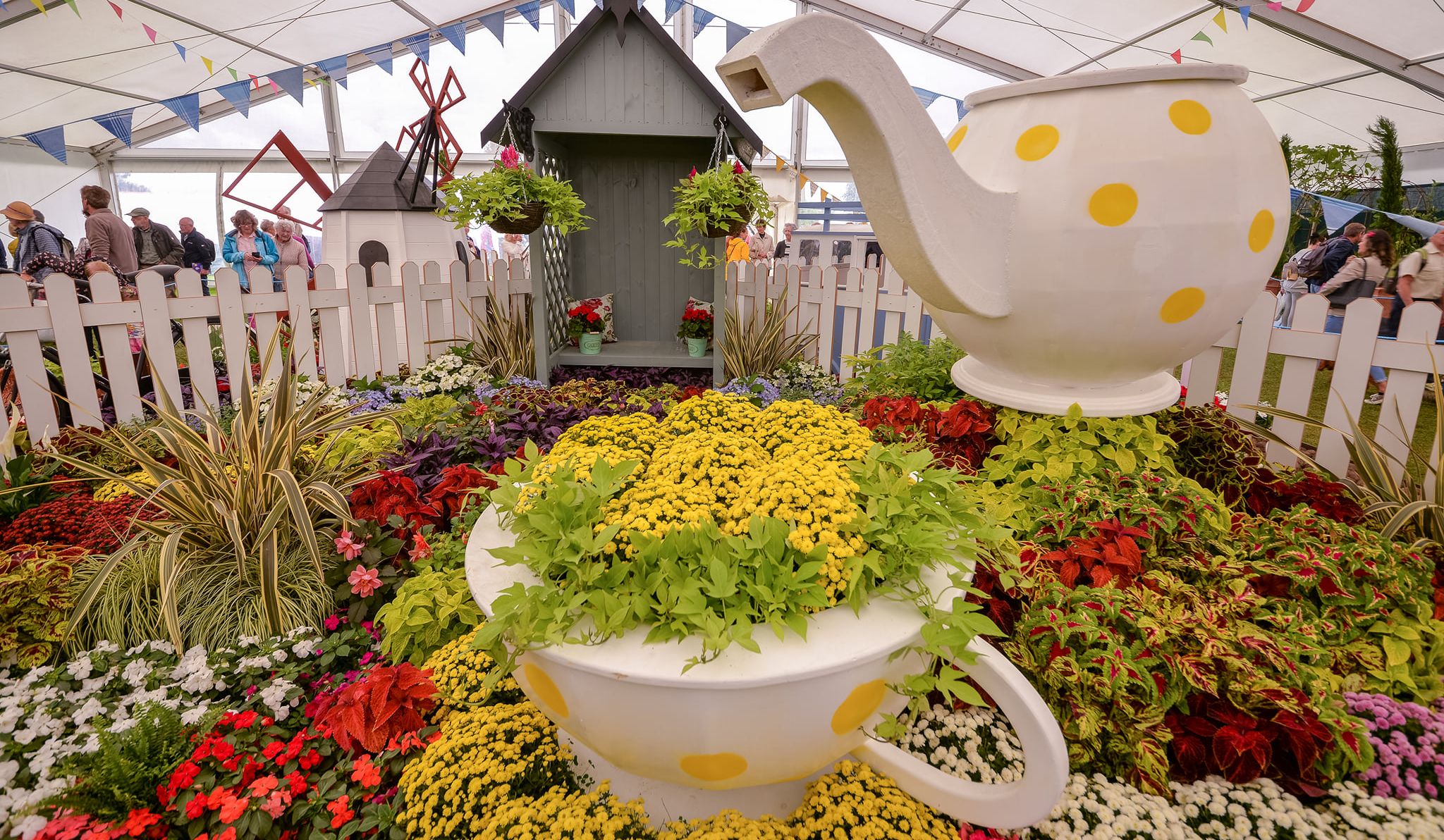 One of the show’s highlights is the spectacular Grand Floral Marquee. It’s a treasure trove of quality plants and flowers, trees and shrubs, bonsai, cacti, vegetables and herbs. Visit the Grand Floral Marquee to look, see and smell not only superior quality specimens, but also some of the more unusual plant varieties before you buy and, just importantly, get on the spot advice from the people who actually grew the plants.

Congratulations to J & A Japonicas who won The Best in Show, Brockhouse Trophy in 2018 and 2019. 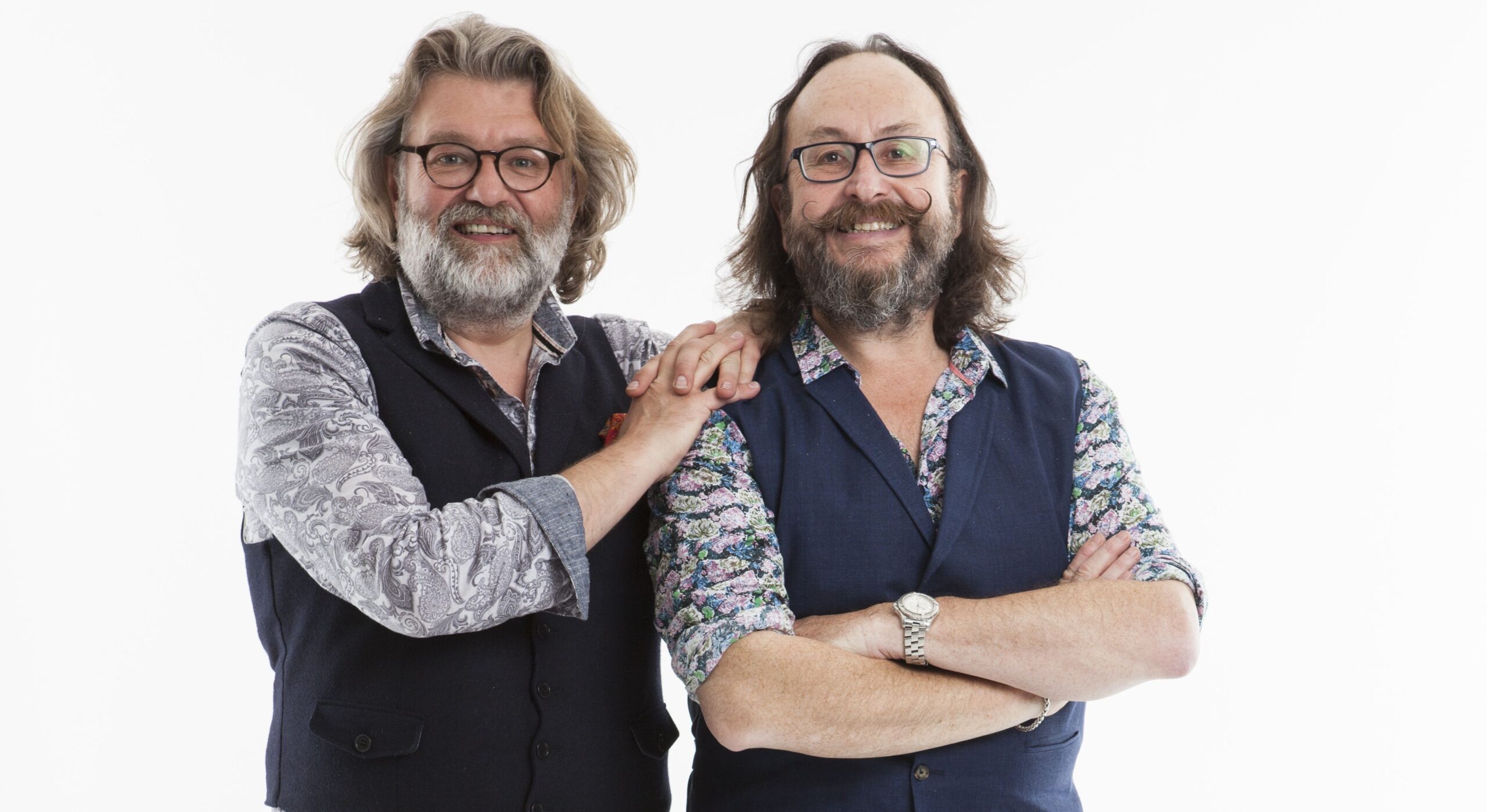 Si King, one half of The Hairy Bikers, will cook up a storm this August.

He will be revving up some of the duo’s favourite summertime recipes as he makes a show appearance on Saturday 20th August.

Si and Dave are known to millions of TV viewers for their culinary tours of the globe. They have recently released the cookbook Everyday Winners, containing accessible recipes for you to use everyday to mix things up and keep your cooking exciting.

Together they have fronted over 30 top-rated TV series, hosted Saturday Kitchen and appeared on numerous prime time shows including This Morning, The One Show and Lorraine.

Si said: “Southport Flower Show really is brilliant and one of the highlights of Summer!” 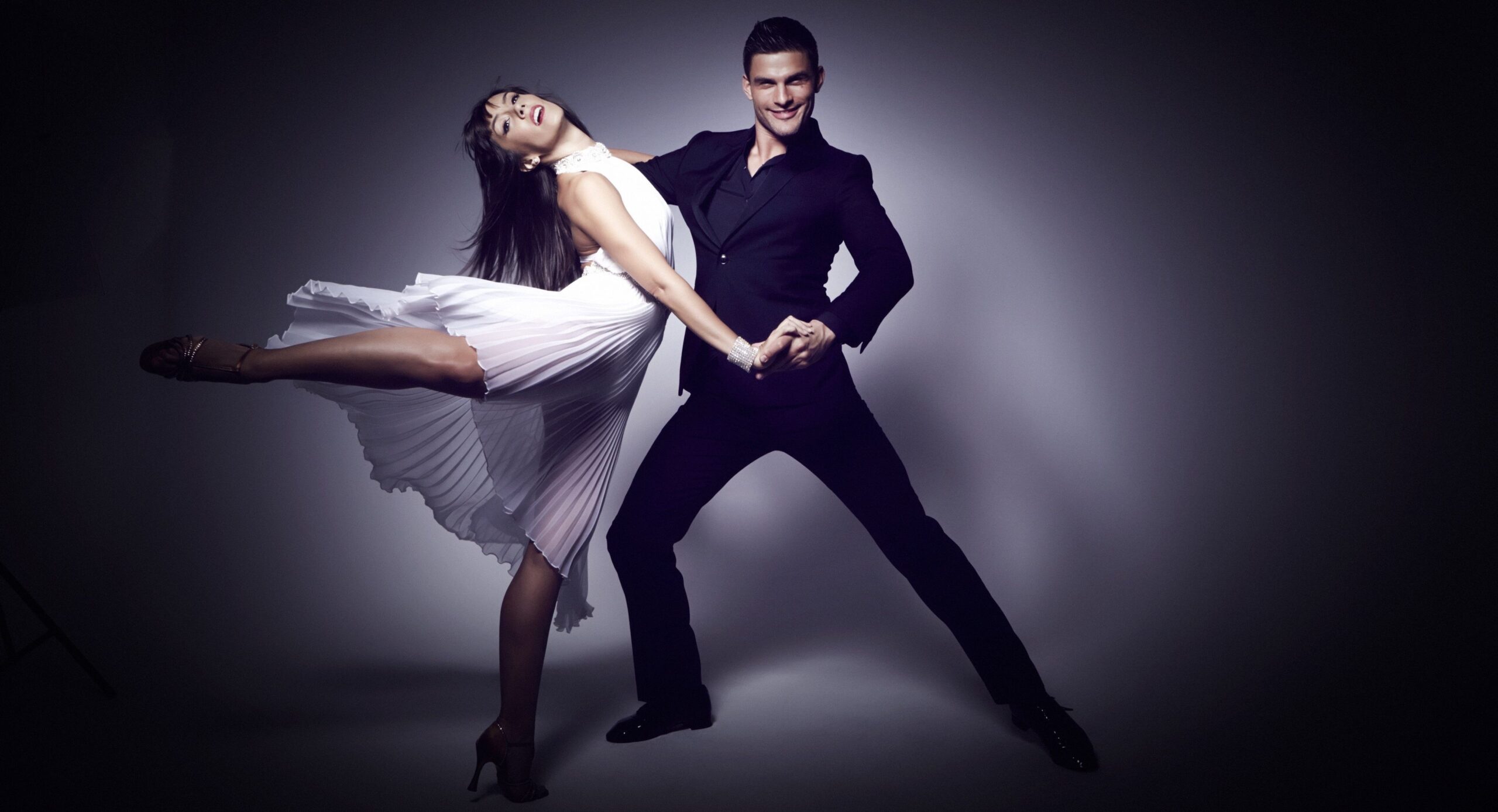 You’ll never be short of celebrities at Southport Flower Show – and this year is no exception!

Former Strictly Come Dancing stars Janette Manrara and husband Aljaž Škorjanec will take a break from the dancefloor to entertain the crowds at this year’s Southport Flower Show.

They first met while performing in Broadway’s Burn the Floor and toured the world together. They were engaged in 2015 in the same studio that they met and married in 2017 – with many of their fellow Strictly pros and celebrity pals attending the wedding. 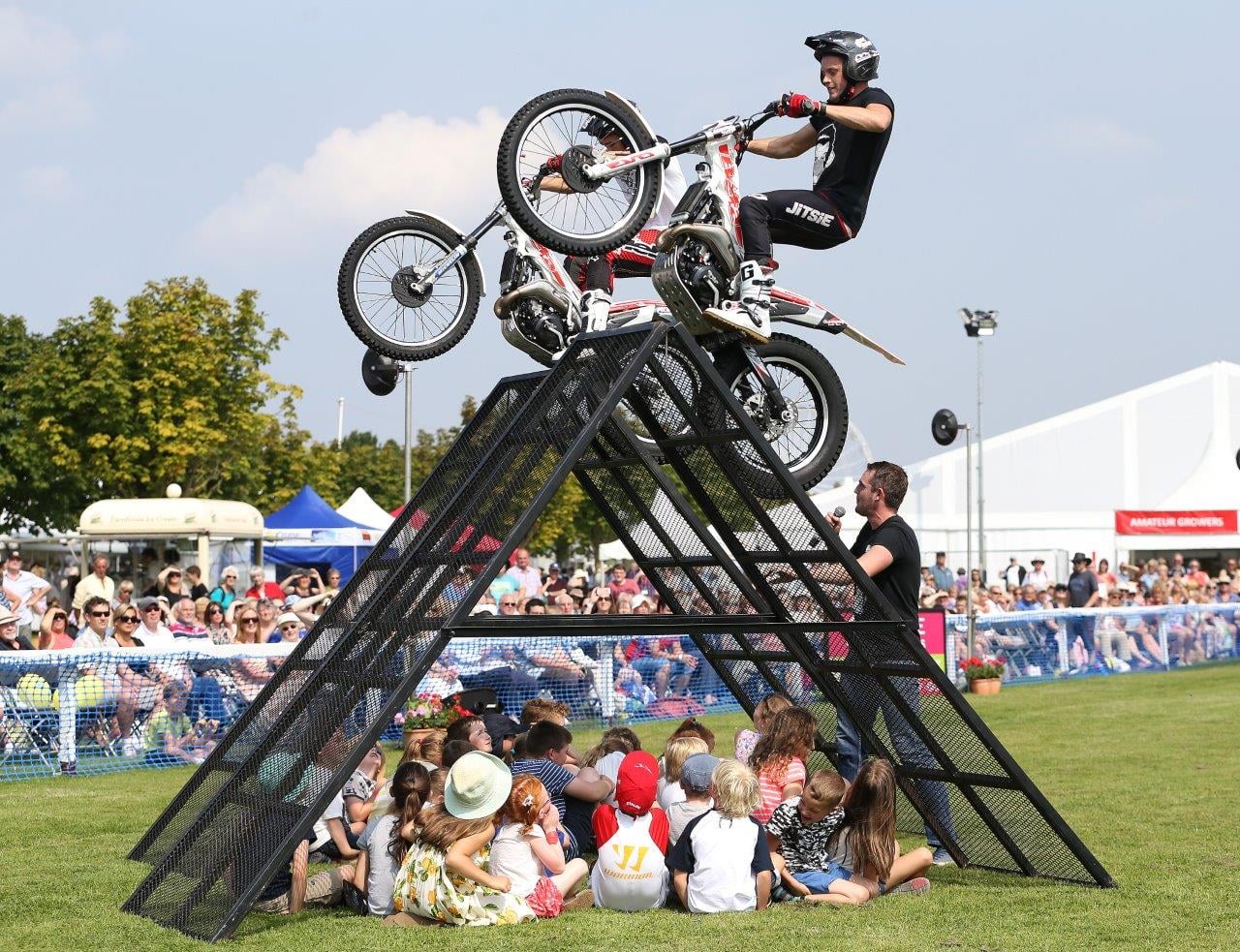 There is so much to see and do at Southport Flower Show, you’ll struggle to pack everything in!

The event offers a variety of entertainment for the whole family. Once you have viewed the show gardens, floral exhibits and enjoyed the shopping you can sit back, relax and enjoy the entertainment on offer.

The Arena is the for excitement and brilliant entertainment including: On the Edge Motorcycle Stunt Show; Mercer Falconry; and West Lancs Dog Display.

The Piazza Stage, in the centre of the showground, provides ‘easy listening’ next to the main catering areas, with lots of seating, with performances including: Wigan Ukelele;  Country Folk / Formby; and Liverpool Community Choir.

Plus lots of entertainment in the Showground on all four days. 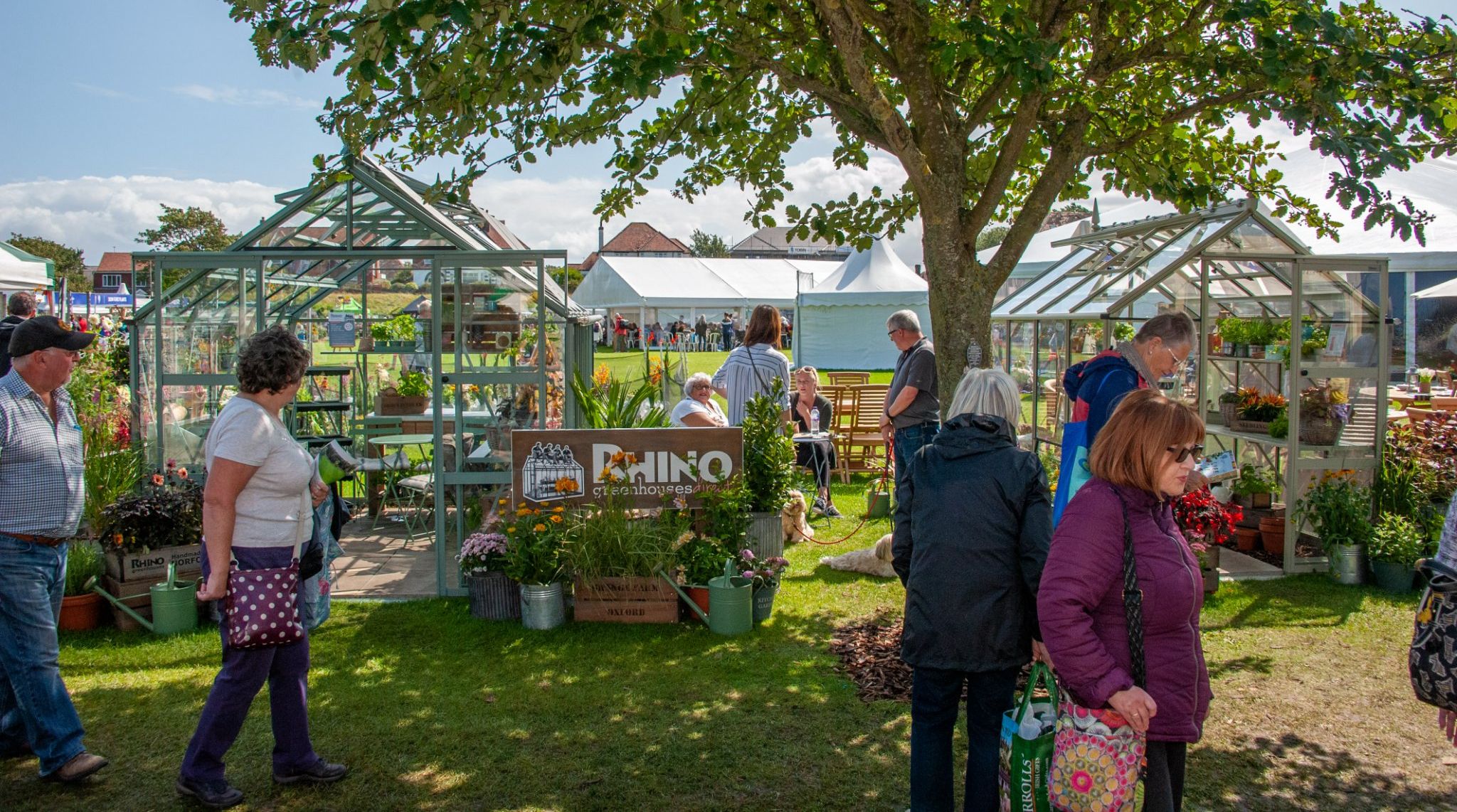 If you like to shop, you’ll be spoilt for choice at Southport Flower Show.

Visitors can enjoy a pop-up shopping village full of unusual and unique products.

With over 350 diverse trade exhibitors, it’s packed full with everything you could want for you, your home and garden.

And don’t miss when the bell rings for the famous sell-off Sunday! 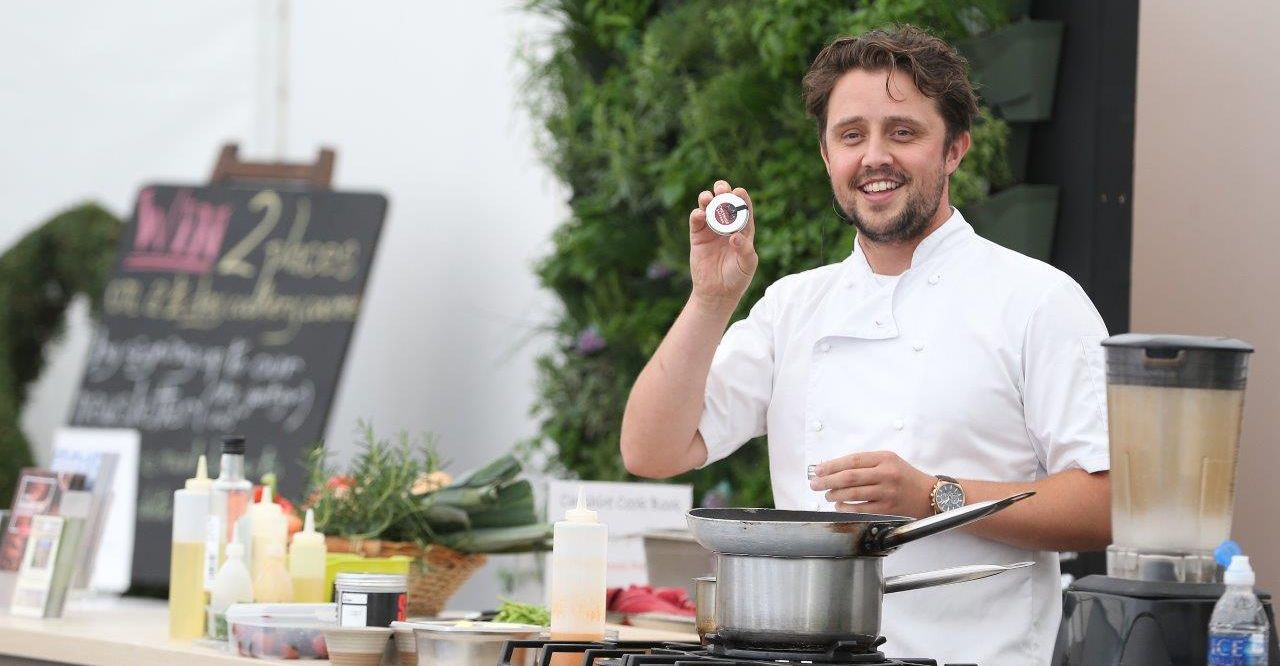 It’s much more than a flower show – take a seat too in the Cookery Theatre and enjoy some of the nation’s most loved chefs, plus some talented local chefs, sharing their tips while they cook – live!

Once you’ve got your inspiration, head to the bustling food marquee where you can sample and buy produce from over 50 independent gourmet producers.

Sponsor of this year’s Cookery Theatre and Food Village is Home Bargains. 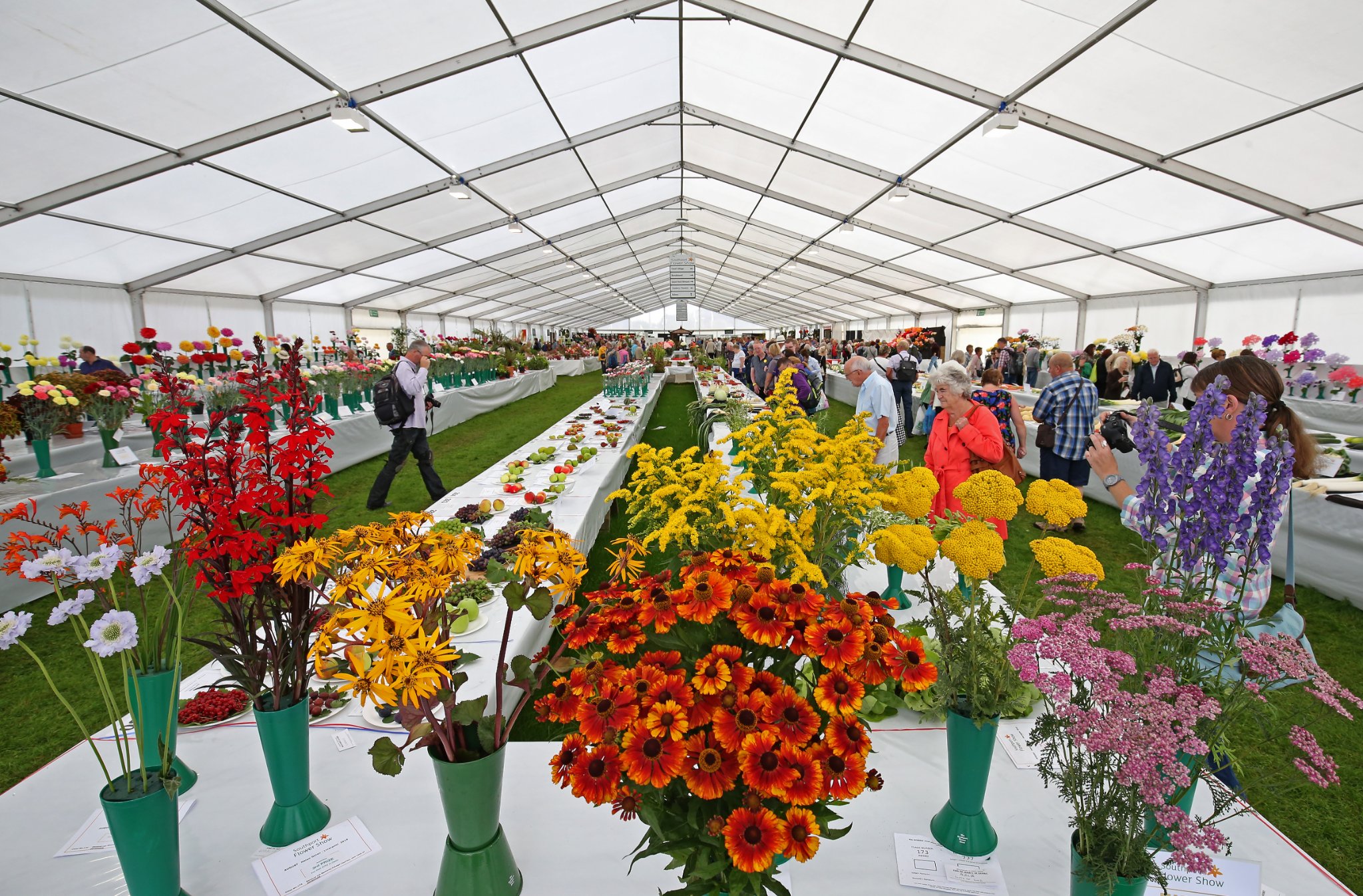 Admire entries including: Baking and Preserves; Floral Displays; Fruit and Veg; Honey; and more! Junior classes will be there too.

Prepare to be bee-wildered by the bee-keepers in the Honey Marquee, who will give you a live demonstration of the honeybees performing their amazing “Waggle Dance”.

Once you have watched the curious work done by these amazing creatures, treat yourself to their spoils! With a selection of honey and beeswax on sale from local bee-keepers, you will be able to sample and take home their gorgeous preserves.