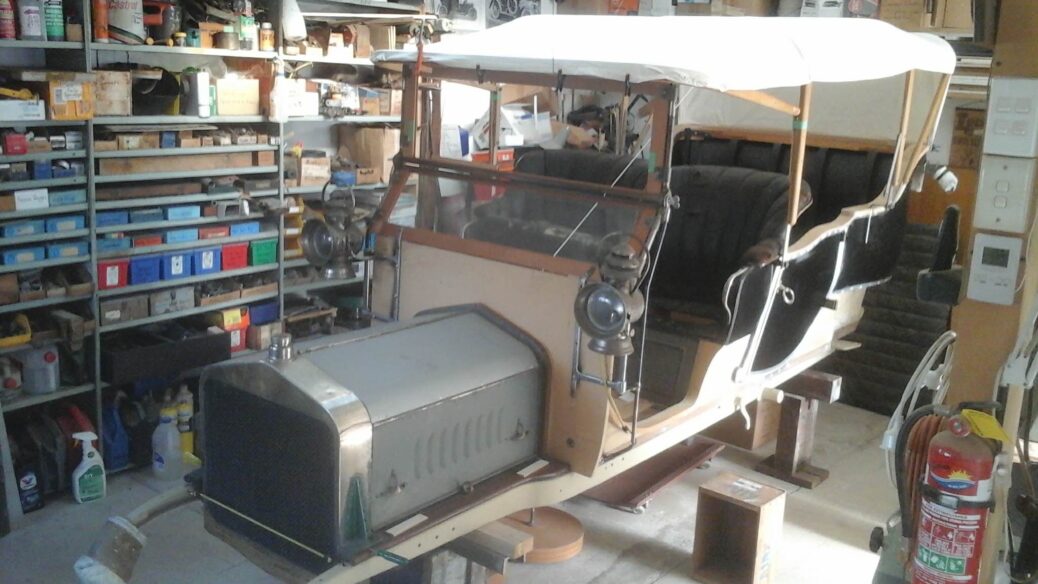 A motoring enthusiast from New Zealand is restoring a rare Vulcan car which was built in Southport in 1909.

Now he is appealing for people to help him solve a mystery about its ownership and its past history.

Digby Young, who lives in Hastings, Hawkes Bay, contacted the Stand Up For Southport community website after spotting our story about the ongoing demolition of the former Vulcan factory in Crossens in Southport.

Last year he made the incredible 11,468-mile journey to Southport to see the factory site first-hand.

He said: I read your story regarding the Vulcan factory demolition with sadness.

“In September last year I was in your lovely town and was lucky enough to have a guided tour of the factory.

“This happened after a worker there asked what I wanted. I said to him that I am from New Zealand and restoring a Vulcan car that was built here 110 years ago.

“His reply was ‘So you’d like to have a look then?’ Absolutely! 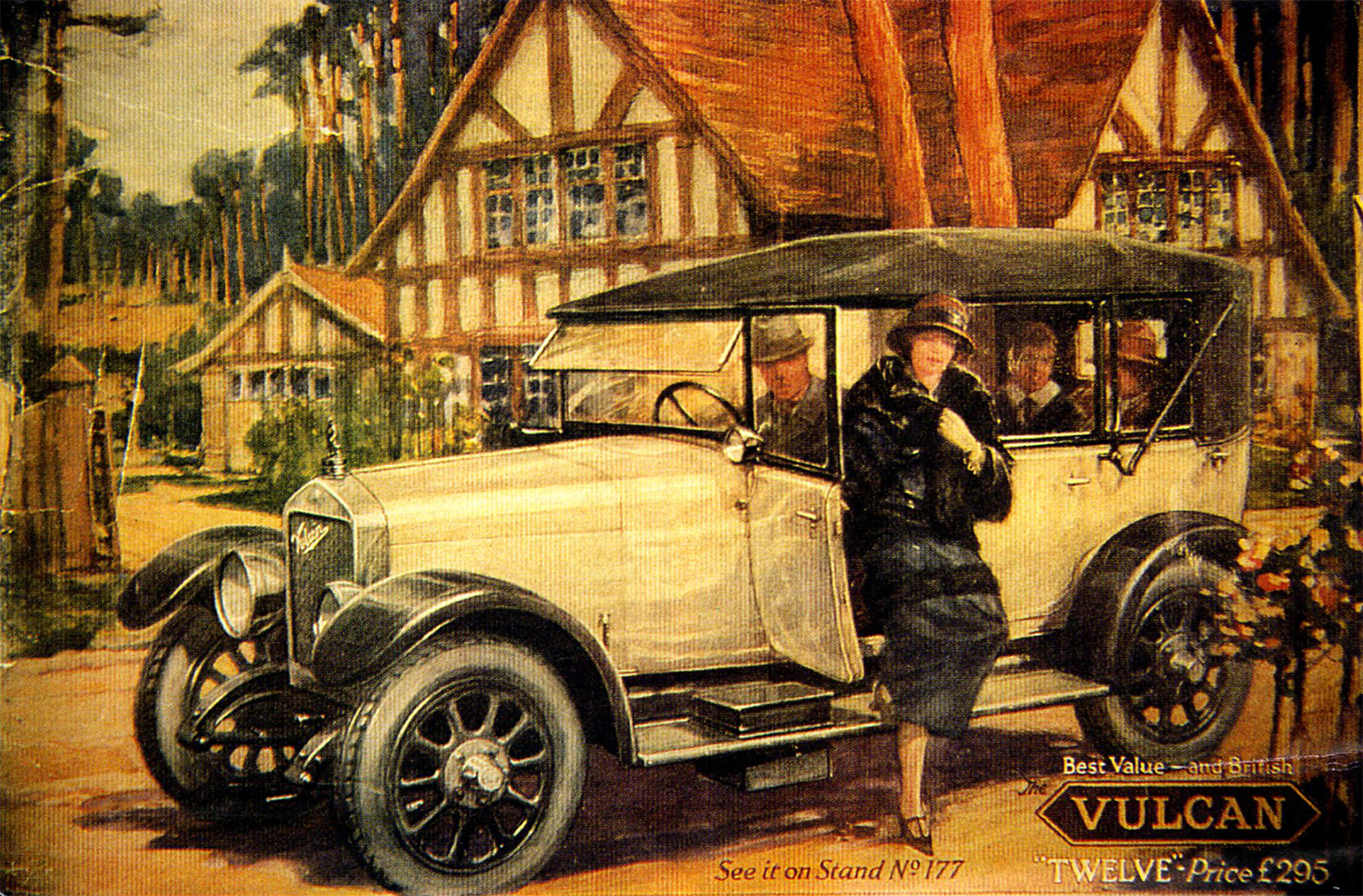 An advert for an old Southport-built Vulcan car. Photo courtesy of The Atkinson in Southport

“It was a huge buzz to look around knowing that my car, now residing in New Zealand, was built right here in this factory.

“The boardroom was amazing and I now see all that lovely oak panelling for sale.

“It’s a four-seater with a Roi-de-bulg body – a fancy name for the body style.

“I know where it was sold here in New Zealand and I have traced the first owner and some of his trips.

“The car ended up on a farm near to where I live. It was used as the farm truck and hunting wagon.

“In 1959 a fellow vintage car member bought the truck and did quite a lot of work on it over 40 odd years but it spent most of that time in storage.

“It came into my possession in 2000 and I started work on it three years ago – a total rebuild.” 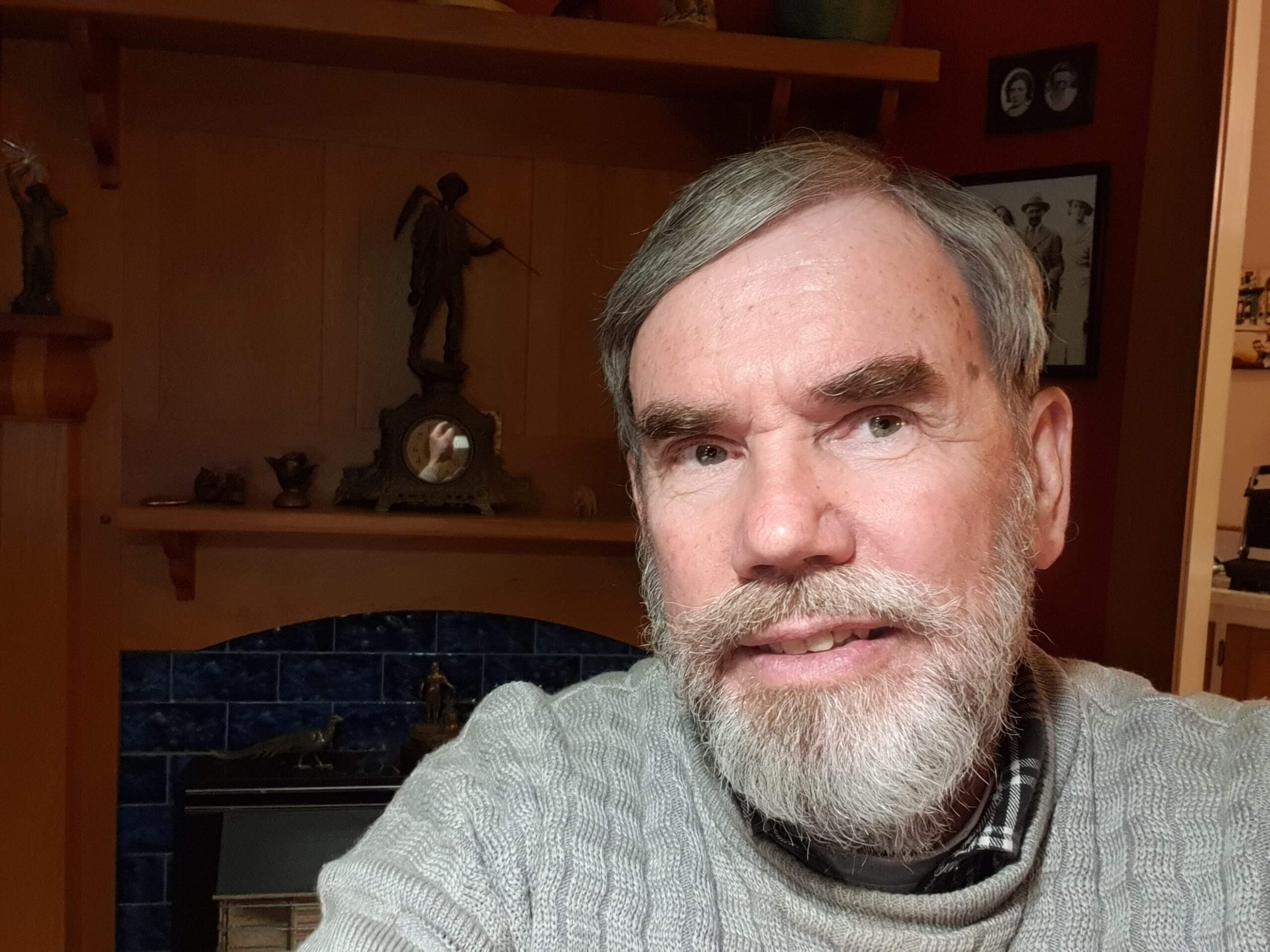 Digby’s Vulcan car is one of the earliest ever made.

The Vulcan Motor and Engineering Company Limited made cars from 1902 until 1928 and commercial vehicles between 1914 and 1953.

Brothers Thomas and Joseph Hampson had built an experimental car in Bolton in 1899. In 1902 they moved to Southport trading as Vulcan Motor Manufacturing and Trading and built the first Vulcan car which was a 4hp single-cylinder.

The company moved from Yellow House Lane to Hawesside Street, both in Southport, before moving to even larger premises at Rufford Road in Crossens in Southport, with a change of company name to Vulcan Motor and Engineering.

Digby is an avid vintage car enthusiast and restoring the Vulcan has become a passion of his. 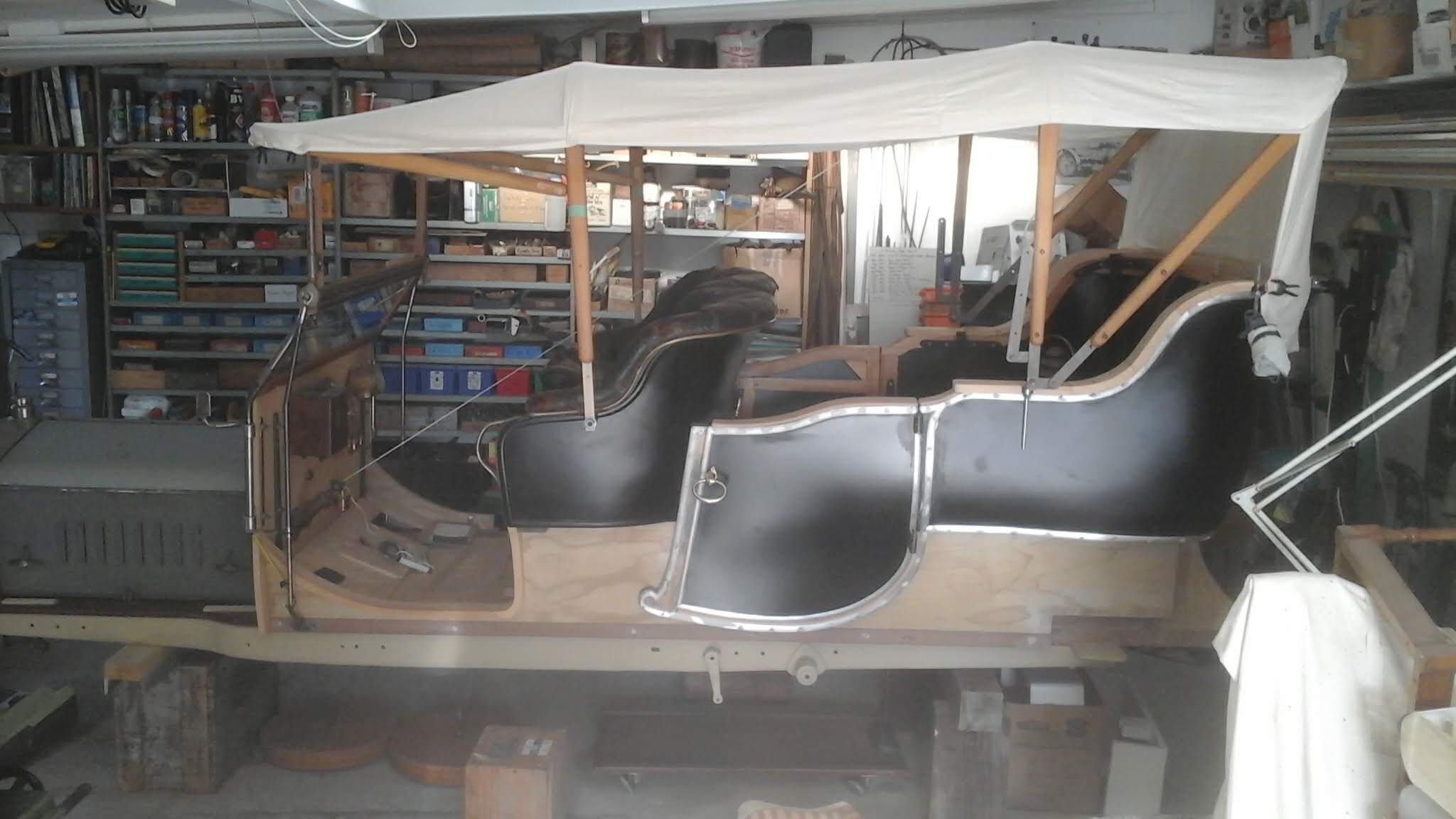 He has lived in the same house in Hastings since birth, except for two years overseas in the UK “as most Kiwis do”, when he spent time in Henley-on-Thames.

He said: “It was my home and it was great to visit there again last year.”

Digby has restored several vehicles: a 1926 Chrysler which he has owned for 47 years; a 1906 Cadillac; a 1963 S-type Jaguar; along with several motorbikes.

He said: “I have been in the motortrade most of my life but a change in 2003 saw me working at a retirement village and rest home doing maintenance, a great job being a people person. I retired three years ago.”

Digby is now appealing for help to keep the Vulcan history alive.

“All the major mechanical components of the Vulcan I am restoring have the initials WA stamped on them.

“According to a fellow Vulcan owner the initials belong to William Anderton. I can’t verify this information as he died some time ago. 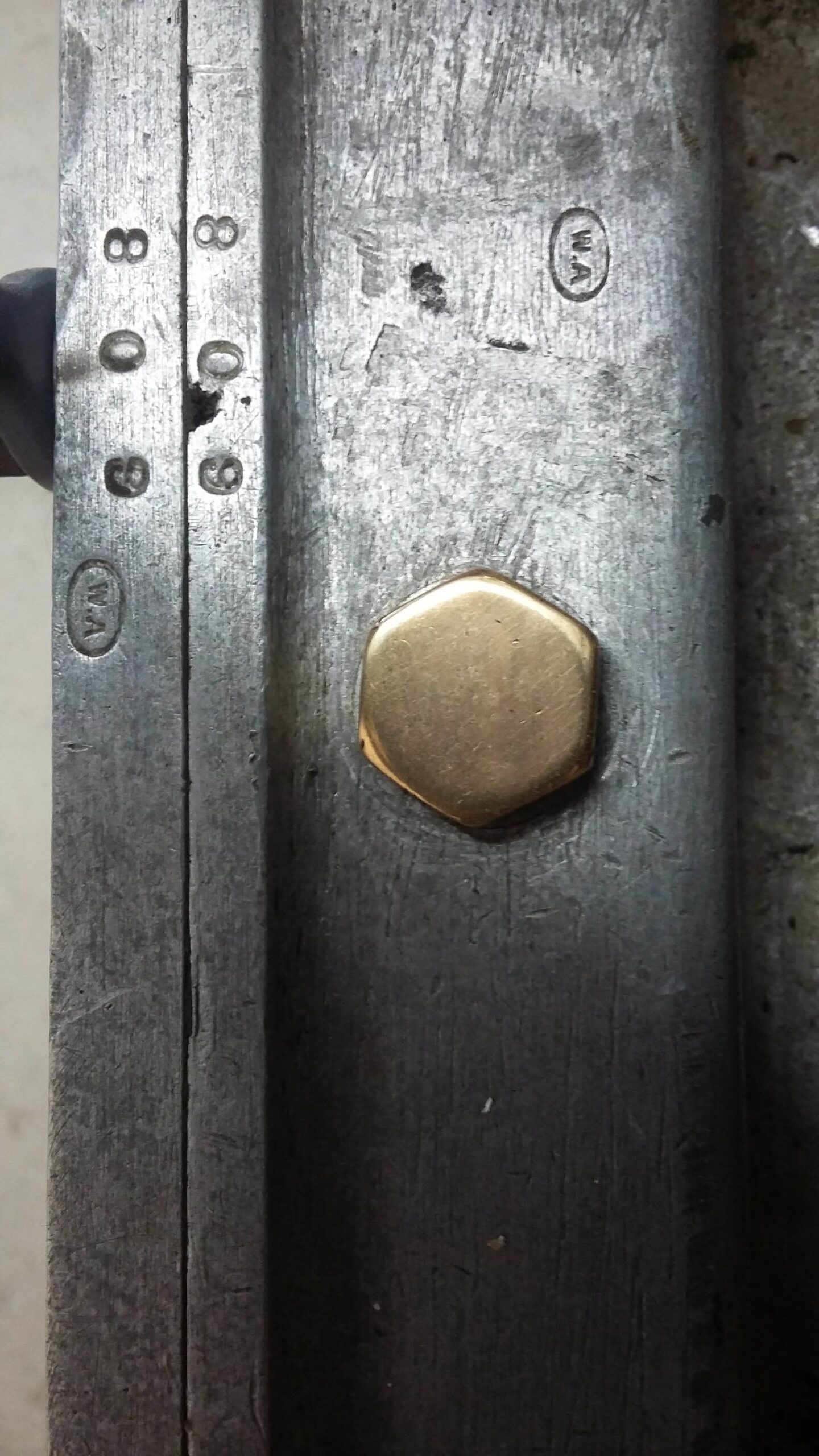 “Apparently William’s job could have been called a fitter, an assembler, a castor. I am not sure if mechanic was a job title back then.

“It’s a long shot but somebody in Southport or the UK may know who he was and maybe have a photo of him I can copy.”

Can you help Digby’s appeal to restore his 1909 Vulcan car? Please email him at: digbyyoung52@gmail.com