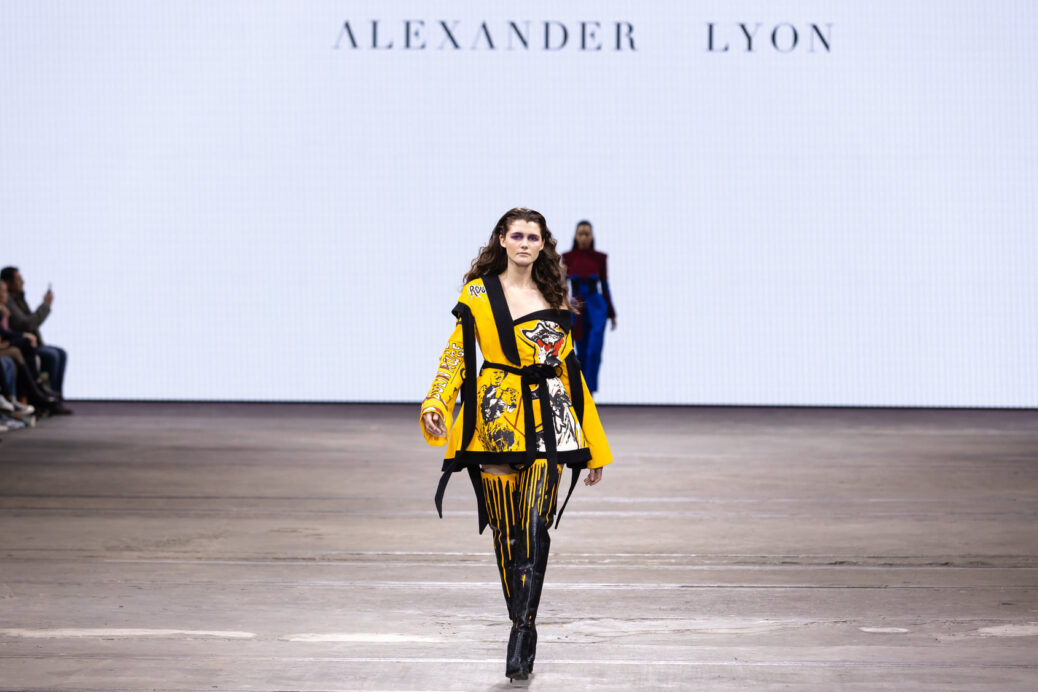 A young designer from Southport has been making his mark at Australia’s most prestigious fashion event.

Alexander Lyon from Birkdale unveiled his inaugural collection at Afterpay Australian Fashion Week in Sydney, as part of a showcase for a group of innovative young designers who are tipped for success in the industry.

Alex has been in Australia for almost six years, learning his craft at the highly regarded Fashion Design Studio at TAFE New South Wales. 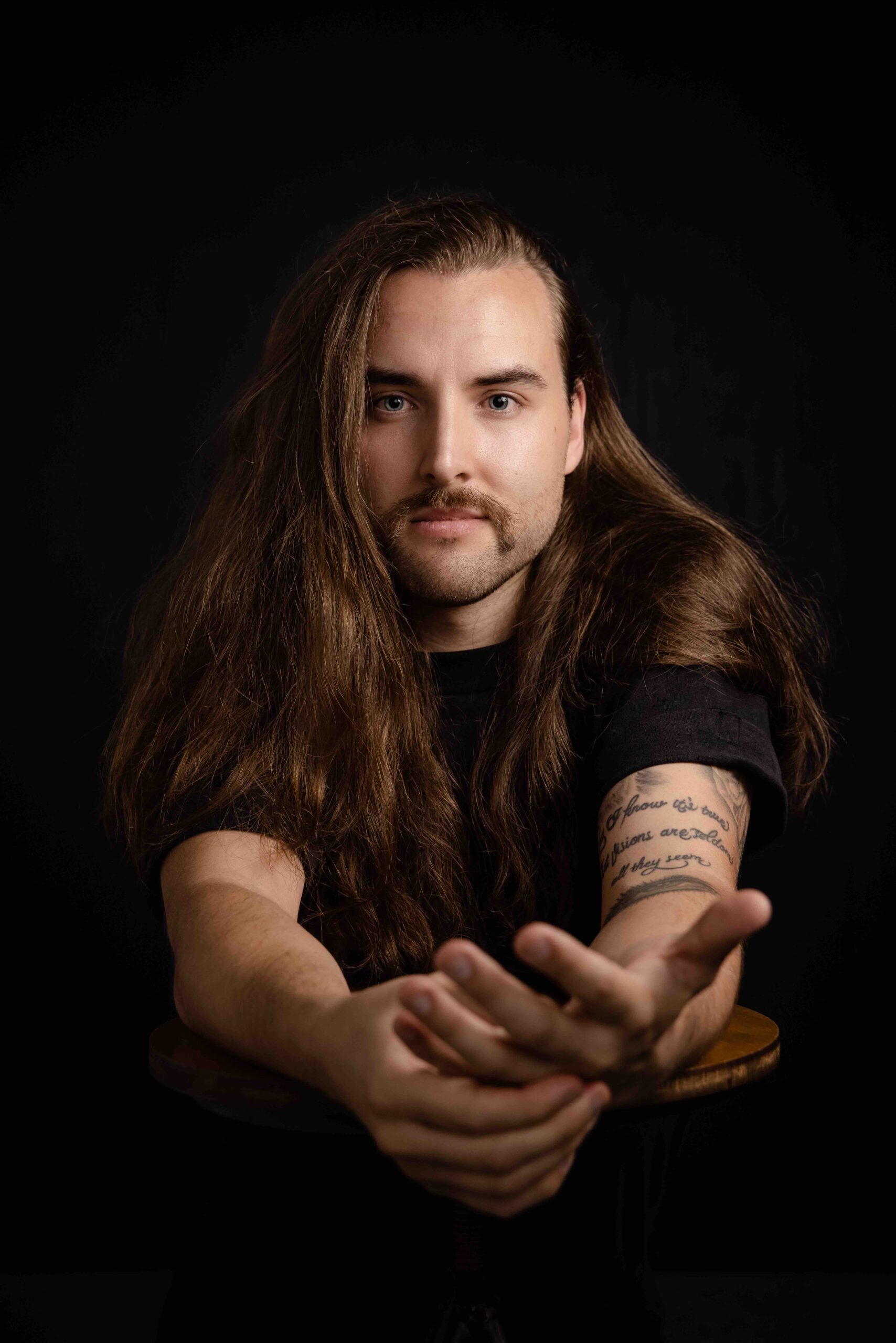 To support himself the former Merchant Taylors’ School pupil has worked in restaurants in the evenings and at weekends.

And to comply with visa regulations, he also spent some months doing community work as a farm hand on a watermelon farm in the far north of Australia, the heart of snake and crocodile country!

Alexander says he combed visual art, architecture and historical sources for inspiration for his collection, which puts the emphasis on sophisticated tailoring and makes extensive use of his own illustrations including motifs of fonts, faces and liquids.

He also cites the vibrant Parisian club scene of the 1900s, and the famous French Post-Impressionist Henri de Toulouse-Lautrec, as big influences, with the artist’s life and work being visually referenced in some of his garments. 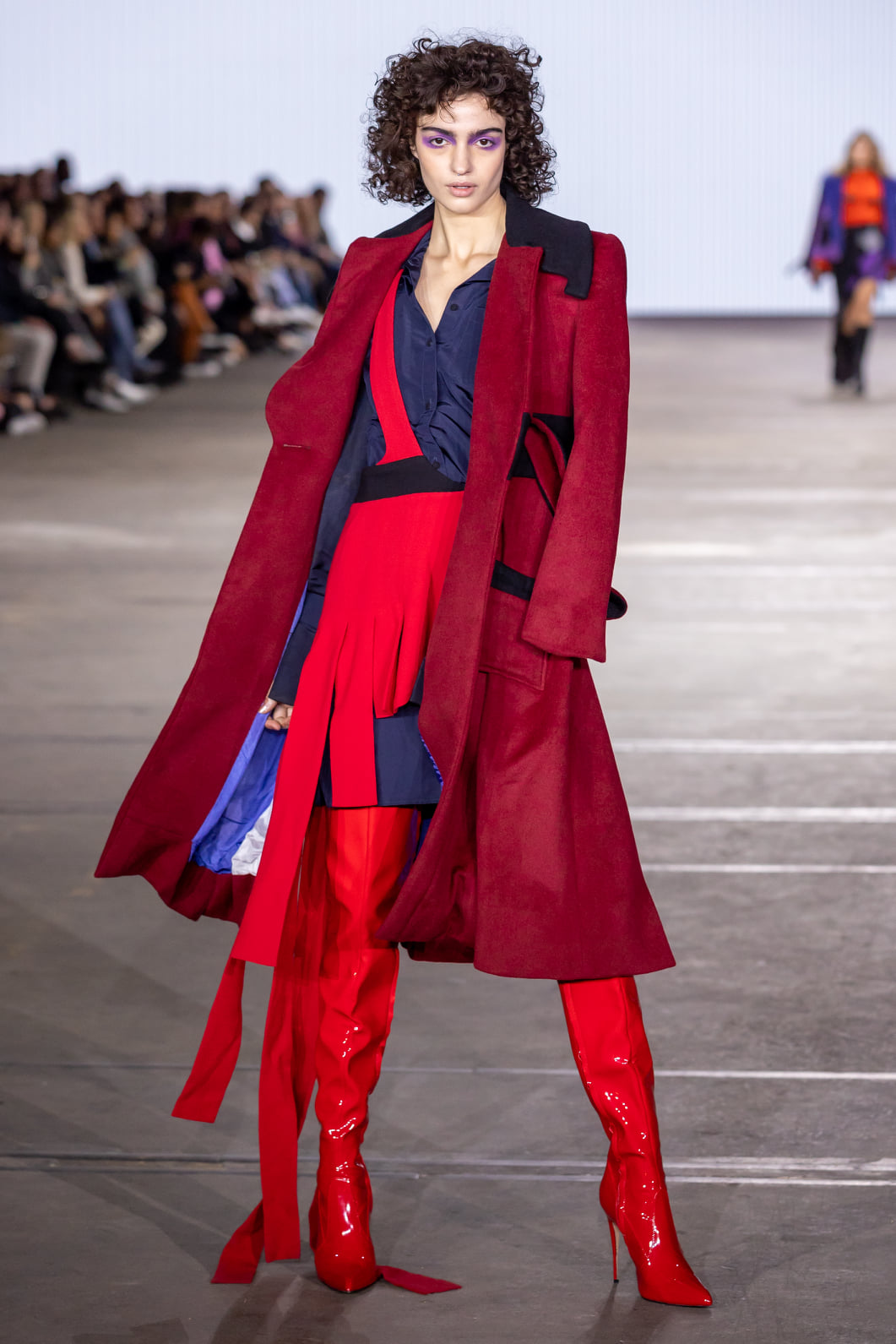 Among modern designers, he admires the work of avant-garde masters Alexander McQueen and John Galliano, but his particular design hero is Frenchman Thierry Mugler.

As a result, Alexander was delighted that veteran Australian model Ellen Farley – who walked for Mugler in the 1990s – agreed to walk for him in Sydney.

This was one of the many factors that made the Australian Fashion Week experience such an exciting one for the young designer.

“I’m really grateful to TAFE for the opportunity to take part in the event,” said Alex. “Obviously though, putting the collection together involved a huge amount of hard work and late nights, right up to the day of the event.

Alexander Lyon from Birkdale unveiled his inaugural collection at Afterpay Australian Fashion Week in Sydney. Alexs original drawings for looks that appeared in his collection in Sydney

“However, it was so satisfying to see it all come together at the end, and I’m delighted at all the positive feedback I’ve received and the ‘buzz’ it has created about my work.

“Now the challenge is to do it all over again! I’ve already started work on my next collection and I’m looking forward to exploring new avenues and new styles with that.”

In the meantime, Alexander is continuing to make an impression with his designs in other ways.

Until October, some of his garments are part of an exhibition of future fashion at Sydney’s prestigious Powerhouse Museum, and one of his looks was recently worn by a contestant on the Australian version of international TV hit The Voice.