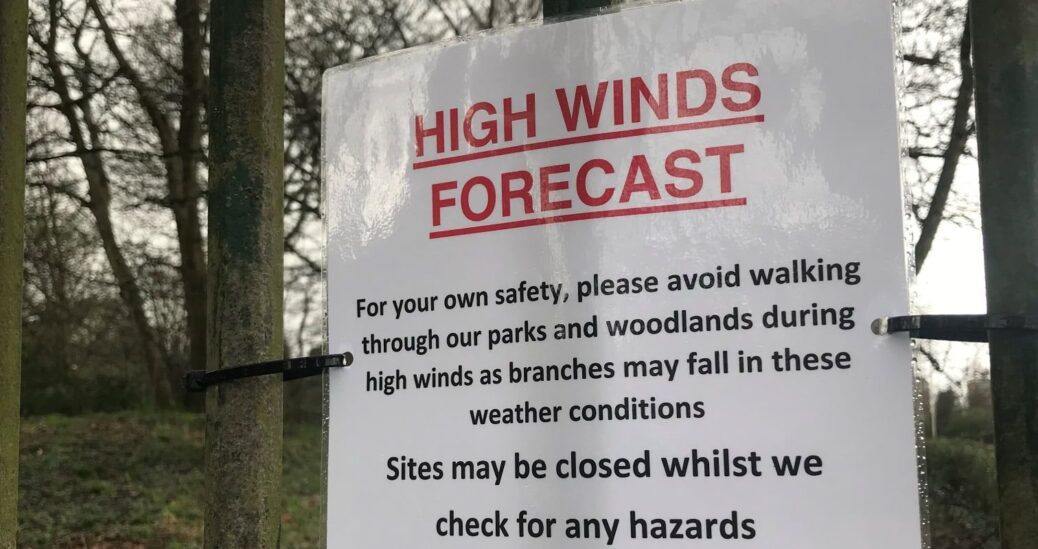 Storm Eunice is forecast to bring gale force winds to the Southport area this Friday (18th February), with rail passengers in Merseyside and Lancashire urged “not to travel unless necessary” from midday onwards.

People are urged to stay away from the Southport coastline.

“The Marine Drive in Southport; Hesketh Park, the Botanic Gardens in Southport; Hall Road car park in Crosby; Victoria and Moorside Parks in Crosby; and Derby Park in Bootle will all be closed due to the danger posed by the storm and high tides expected this Friday.

“Residents and visitors are advised to avoid travelling to the coastline.

“For details of road and park closures and the latest updates as Storm Eunice  bears down on Sefton please go to:

Merseyrail has issued a warning for people looking to travel by rail.

A Merseyrail spokesperson said: “Strong winds are forecast on Friday 18th February and we expect disruption to our services from midday.

“Passengers are advised not to travel unless necessary and to prepare alternative transport for the afternoon if services can no longer run, as it is unlikely rail replacement buses will be able to operate.”

Northern, which runs services between Southport and Manchester, has warned passengers ‘Do Not Travel’ on Friday.

Delays and cancellations are highly likely.

Commenting on the disruption to services, Chris Jackson, regional director for Northern, said: “Storm Eunice will cause widespread disruption across the network tomorrow, affecting all operators in the region.

“As such, we are advising passengers not to travel and to consider whether the journey is necessary.”

Northern operates around 2,000 services a day to more than 500 stations across the North of England.

Storm Eunice will bring extremely strong winds to the North West with heavy snow and blizzards also expected in some parts.

The Amber warning comes into force at 5am on Friday and remains in force until 9pm.

Gusts of up to 90mph are expected to hit some parts of the UK.

The Met Office: What to expect with the Amber Weather Warning on Friday 18th February:

Red Weather Warnings are rarely issued by the Met Office, with the last one coinciding with Storm Arwen in November 2021, but you’d have to go back to March 2018 for the last red warning for wind before that.

Manager Clare Rankin said: “We will be Closed until 5pm Friday!

“With the amber weather warning we have in place and the local council shutting of the coastal road for safety and flooding issues tomorrow.
“We have took the measure to close until 5pm on Friday evening after which the storm should have passed, this is for the safety of our customers and also our team.
“We do hope you understand and sorry for any inconvenience this may cause.”