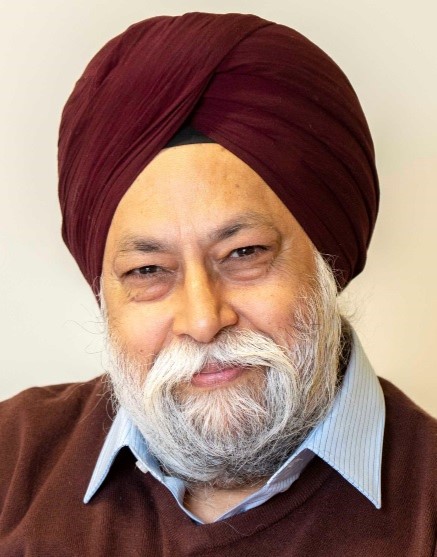 A Southport Hospital surgeon who was awarded an MBE in the Queen’s Birthday Honours List is urging people to fight discriminatiaon in all its forms.

Gurpreet Singh MBE was recognised by Her Majesty for his immense services to healthcare, diversity and equality.

He served as a neurological surgeon at Southport & Ormskirk NHS Hospitals Trust for many years, and since April 2018 he has been a non-executive director of the Trust board.

He said he was “incredibly humbled” to have received the honour as he urged people to do all they can to fight racism, sexism, ageism, and any form of discrimination.

“We have to challenge discrimination wherever we see it.”

Gurpreet Singh also said he was extremely moved by the messages of support and congratulations he has received about his Honour both from colleagues and also from many patients he has treated over many years.

He also revealed how he managed to keep the award a closely guarded secret after this year’s Queen’s Birthday Honours List announcement was delayed by the Covid-19 pandemic which struck the UK in March.

Mr Singh, who loves living in Southport, has been a champion of diversity in medicine, including through the General Medical Council diversity forum, improving diverse representation on fitness to practice panels, promoting standards for international medical graduates, and fairness in examination outcomes.

He said: “I am hugely humbled to receive this award. It is an honour to be recognised by my peers.

“I want to thank everyone who has worked with me over the years to make change for the better on the issues I care about.”

Mr Singh, a former urological surgeon at the Trust with more than 25 years’ experience in general and neuro-urology, started working at Southport & Formby District General Hospital in the 1990s and says he is proud to call Southport home.

He said: “I joined Southport Hospital as a Consultant in 1996. I have been at the hospital forever!

“I also joined the Walton Centre as a Consultant Neurologist in 2010.

“I have been a Postgraduate Dean at the University of Liverpool since 2011.”

In an active medical career, he was an executive member of the British Association of Urological Surgeons where he helped write the curriculum for functional and neuro-urology.

He was also chair of the surgical specialty group for urology for the Royal College of Surgeons, Edinburgh, leading on patient safety and training.

Active in the field of medical research, he has published more than 150 peer-reviewed studies and articles.

In all his years in surgery, he has never seen a situation similar to the current Covid-19 pandemic. He has been hugely impressed by how the NHS staff at Southport Hospital and Ormskirk Hospital have adapted and worked hard to save patients’ lives in these unprecedented months.

He said: “I think these are really challenging times.

“We have been very proactive in Southport, quickly putting risk assessments in place and providing PPE for staff members, making sure they are safe.

“We owe a tremendous debt to all the staff at our hospitals who have pulled together during this pandemic. 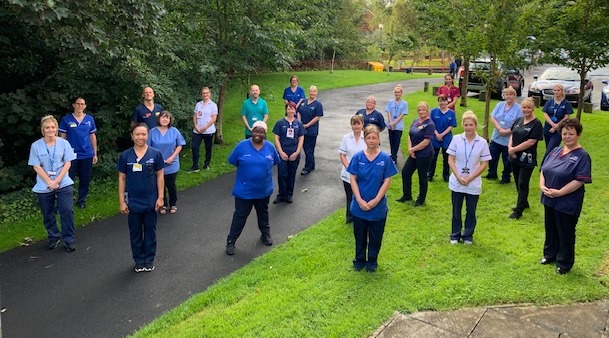 “In medicine, you always find that difficult times bring out the very best in people.

“The staff have been working under very difficult circumstances and they have gone over and above the call of duty.

“During these times people should make sure that they take extra care, and eventually this will pass.”

Asked for his highlights during his time at Southport & Ormskirk NHS Hospitals Trust, Gurpreet Singh praised his colleagues for all their help and support over many years.

He said: “The biggest highlight for me was the amazing mentors who have supported me. In my career I have stood on the shoulders of giants.

“Getting my position at Southport Hospital was a real highlight, earning a post as Dean at Liverpool University was a great highlight.

“Working at the North West Spinal Unit at Southport Hospital, which is recognised as a centre of excellence, that is another highlight.

“The teams that I have worked with have been tremendous.” 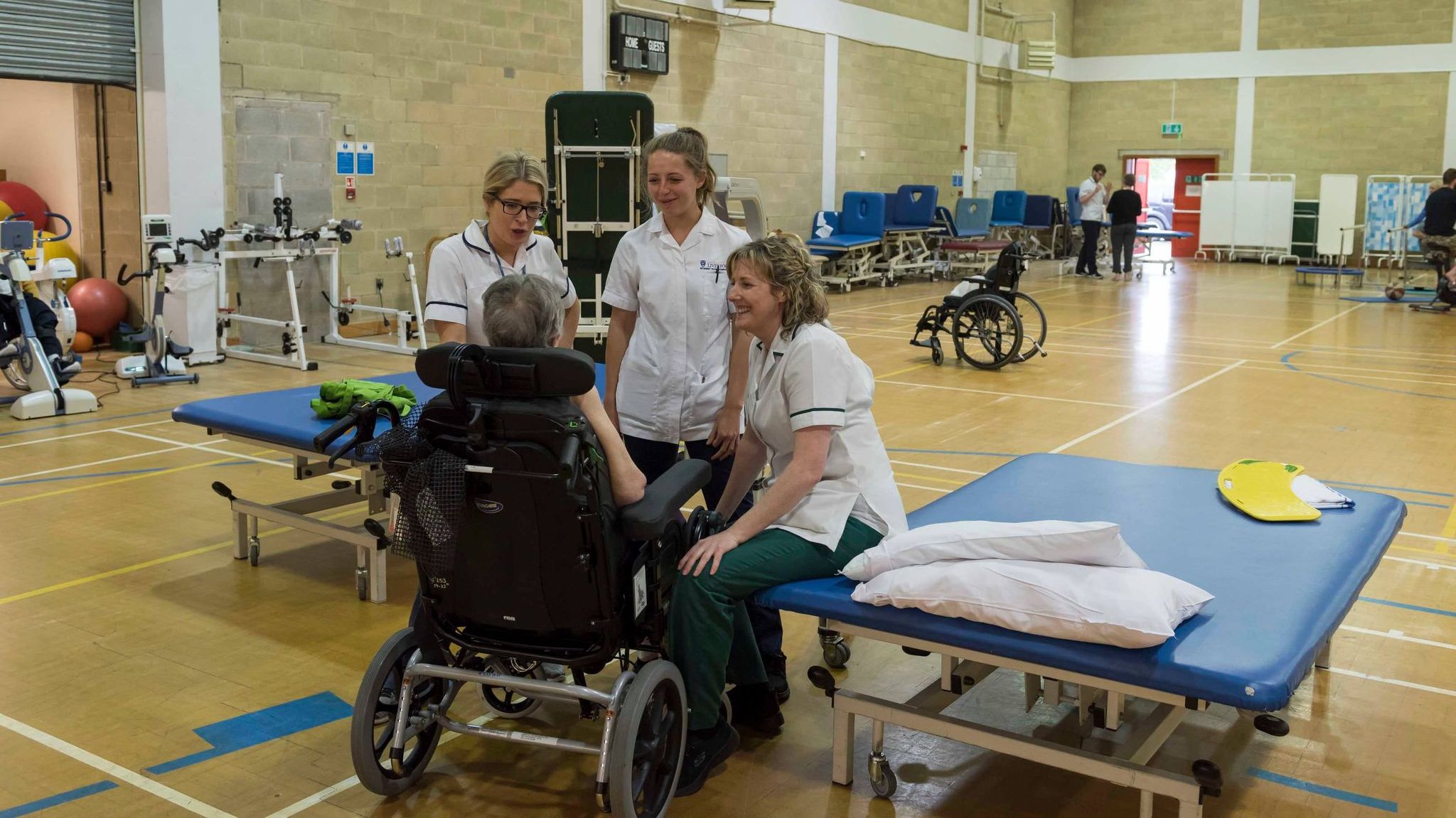 During his time in the NHS, Gurpreet Singh has been – and still is – determined to affect real change, not just at Southport Hospital but also in the wider NHS and in society as well.

He said: “My MBE award was given to me for services to healthcare, diversity and equality.

“I have enjoyed my role as a diversity champion.

“In society, we need to be inclusive in our appointments of people, in our rewards systems, regardless of people’s race, creed, gender, age or religion.

“I have been a complete advocate of that.

“In the past few months, with the arrival of the Black Lives Matters movement, we are beginning to see greater awareness and social cohesion.

“We all need to step up and say we are anti racism, anti sexism, anti ageism.

“It is not good enough to just say we are not racist, or that we are not sexist, or not agesist.

“If we can send that message out, then that will be a positive move both for the NHS and also for the wider community.

“Any form of discriminatory behaviour should be challenged and should be called out.”

Gurpreet Singh also praised the diverse nature of staff within the NHS, saying it is one of the organisation’s great strengths.

He said: “The people who work in the NHS are incredible. We would not have such success without such multiculturalism in the NHS.

“We should applaud all creeds who are working within our health service.”

It has been a much-deserved but somewhat delayed wait for his award to be announced.

Gurpreet Singh said: “Because of the Covid-19 pandemic, things have been different this year.

“I received a letter in May for the Queen’s Birthday Honours. Then because of the Covid-19 pandemic the Honours were delayed and  I was told I should not disclose the news.

“It has been very difficult keeping it quiet!

“Since the news was announced this week, everyone has been incredibly positive.

“I have had such a fantastic response from many of my former patients, many of them commenting on the Stand Up For Southport Facebook page! It has been remarkable. It has been such a warm feeling with all those positive comments, from lots of colleagues as well.

“As a surgeon, our first responsibility is always with the patient.

“They are the ones who deserve the very best that we can give them.

“I would like to express my gratitude to all my former patients.”

A proud father-of-two, Gurpreet loves living in his seaside town.

He said: “Southport is home! It is where my children have grown up, and where I have enjoyed the happiest times of my life.”

He is very proud of his two children who, like their father, have pursued vocations, determined to leave their mark on the world and make it a better place.

His son, Manpreet Singh, who went to school at Merchant Taylors’ Boys’ School in Crosby, works at the Bill Gates Foundation in the US.

His daughter, Chanum, a former student at Stanley High School in Southport, is playing a leading role at Plan International, a development and humanitarian organisation that advances children’s rights and equality for girls.

He said: “Both of my kids have an amazing sense of social responsibility.”

“Promoting greater equality and diversity in the NHS is a subject close to Gurpreet’s heart.

“He believes passionately that the NHS should be representative of the entire community that it serves.”