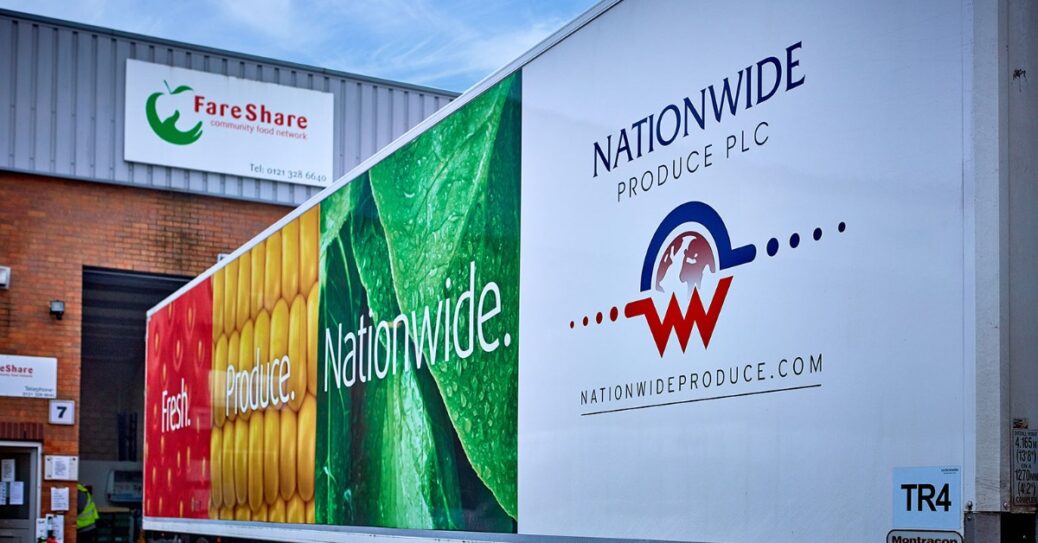 A produce company based in Southport is warning that fruit and vegetables are rotting in cold stores because of a major shortage of HGV drivers in the UK.

Tim O’Malley, Managing Director of Nationwide Produce PLC, which is based on Lord Street, says the issue is “a crisis of national importance”.

And he is urging all suppliers in the industry to work with hauliers and customers to get everyone through the situation.

Blogging on the Nationwide Produce PLC website, he said: “The acute shortage of HGV drivers is now the direct cause of perfectly good, graded and packed fresh produce being dumped or rotting in cold stores, waiting for wheels to go under it.

“Supermarket shelves and restaurant plates are going empty – this is a crisis of national importance.

“In all my years in fresh produce I’ve never seen anything like this.

“Example – we supply one of the largest restaurant chains in the UK. It goes without saying how much they’ve suffered throughout the pandemic. However, business is booming for them at the moment.

“On Sunday, our guy who handles their account received a call from our haulier at 1pm to say that due to a shortage of lorry drivers, they cannot deliver anything to any of the depots for our restaurant customer that evening.

“We reminded them that all the goods were graded and packed and ready to go. They said they simply could not deliver due to a lack of drivers.

“After hours of begging and pleading we managed to get them to deliver to one of the eight depots. And we were one of a number of suppliers to the restaurant chain that the haulier was breaking the same bad news to.

“The restaurant chain went drastically short of fresh produce this weekend. And this is by no means an isolated incident. It’s happening throughout the industry, every day and across all sectors.

“I heard of one major supermarket chain which had 22 full loads of produce not delivered this weekend due to the shortage of drivers. Goods are being produced… but not delivered.”

Nationwide Produce PLC is one of the biggest companies supplying fruit and vegetables to supermarkets and restaurants across Britain.

The firm does  just about everything in fresh produce – growing, grading, packing, trading, importing and exporting.

Established in 1975, Nationwide started life as a local produce merchant based in Southport.

Tim O’Malley wrote: “Our haulier I refer to above has been one of our main hauliers for many years. And yet despite this I hold no grudge. Quite the opposite, I feel for them and have urged our guys to work with them to sort through such issues as it wasn’t the first and won’t be the last.

“In fairness to them, they’ve been warning us about this for a long time but we’re now starting to feel the painful reality of this long-predicted shortage of drivers.”

Mr O’Malley says some problems have arisen since Brexit, with many foreign HGV drivers returning to the EU in recent months.

He is also calling for LGV drivers to be added to the skilled labour list, removing any barriers to entry for any new drivers from  the EU.

A lack of tests for new drivers over the last 12 months has led to a shortage which is the equivalent of 20,000 new drivers, while there is an ageing UK driver force – 13% of the industry’s UK drivers are over 60, compared to only 1% under 25.

Mr O’Malley wrote: “So how can we deal with this crisis? There’s no quick fix. For example, when schools/universities break up for summer soon we should see a much-needed boost in staff availability, particularly for the hospitality sector.

“But while it may take a matter of hours to train a waiter, it takes a lot more time and money to train a lorry driver.

“The quickest fix would be government intervention to change the tax rules, add drivers to the migrant skilled labour list etc.

“I would urge all suppliers in the industry to work with hauliers and customers to get us through this crisis.

“I heard of one supermarket which stuck to its rules rigorously last week and rejected lorries for being literally minutes late. They are now in crisis talks with two major hauliers who are seriously threatening to stop carrying goods for them or any of their suppliers.

“I would urge you not to shout at your hauliers and threaten them with bills, that will get you nowhere – work with them to find solutions.

“Customers will have to be far more flexible on delivery times. We also need to stop hauling fresh air around the country. Full pallets and full loads are what we need in a crisis like this. “Customers need to work with us to stagger orders and reduce the number of deliveries to ensure full pallets and loads. We also need to see customers being more flexible on date codes to allow direct deliveries from abroad.

“I’m sure this will eventually lead us all to adopt better practices but for now we need to work together to find a way through this crisis.”