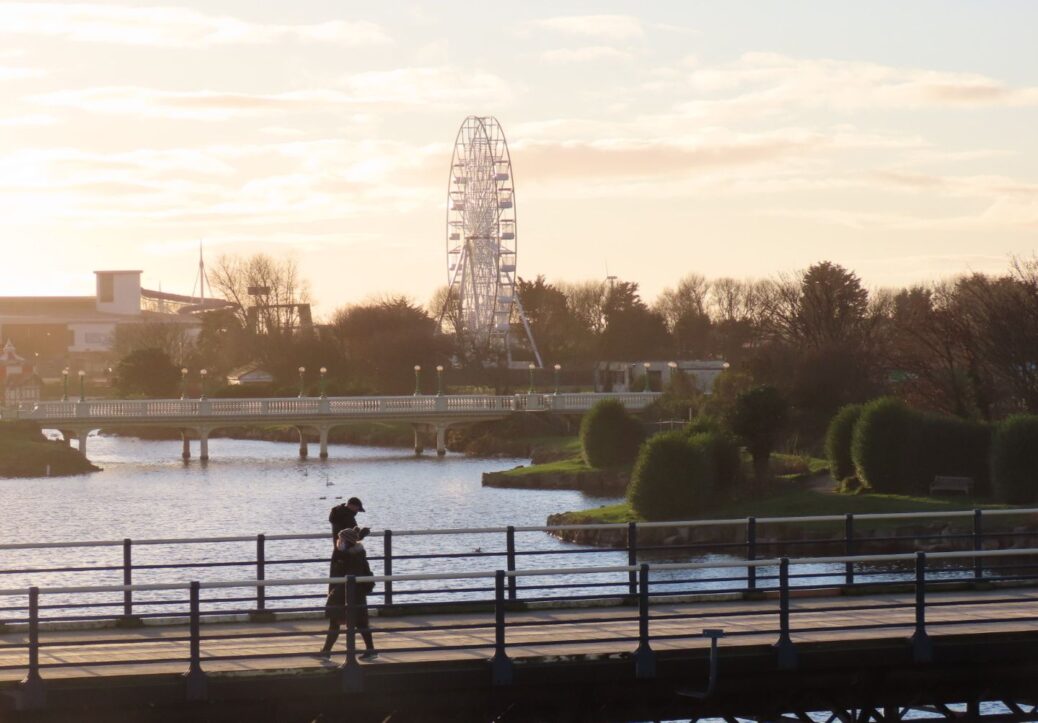 Southport Pleasureland is getting ready to unveil some very exciting new additions in 2022!

The popular attraction is a hive of activity at the moment, with staff working hard on building a brand new Viking themed 18-hole adventure golf attraction with an associated ‘longhouse’ themed pub and eatery.

Local people have also been admiring the ongoing work to create a stunning new illuminated observation wheel, called ‘The Big Wheel Southport’, with “breathtaking views” for miles around.

The 34-metre high wheel will be the highest accessible vantage-point near the seafront and will offer long-ranging, wide-vista views to passengers in its series of fully accessible six-person glass pods.

Built in 1911, it is the oldest continuously running 15-inch gauge railway in the world.

Plans are also being progressed to build a thrilling new 35 metre high and 260 metre long roller coaster ride which will be built right along the Marine Drive coast road, which is on course to open in a couple of years’ time.

The park is also progressing with incredibly exciting redevelopment plans which it is keeping under wraps – for now.

Southport Pleasureland is one of the region’s most significant employers, creating jobs for around 150 members of staff each year. The business is looking to begin its latest recruitment drive in the coming weeks.

Southport Pleasureland CEO Norman Wallis has been committed to further developing and enhancing the park each year with thrilling new experiences for visitors.

He is also eager to play his part in attracting visitors throughout the year, giving a welcome boost to local hotels, guest houses, shops, bars and restaurants.

Southport Pleasureland is due to open for the 2022 season on Saturday, 26th March.

Mr Wallis said: “My aim is to create enough variety and mass to encourage tourism all the year round and not depend on the short season we have at the moment.

“This will then create long term careers to enable people to stay, to work and live in Southport.

“We are doing a lot of work at the park now.

“Everything is looking really good for 2022.

“The new Viking Adventure Golf attraction is progressing smoothly and will be a stand-out attraction going forward.

“We are all busy getting the park ready for a new season that will bring more people to the town. We are doing a lot of testing, and a lot of maintenance too.

“People perhaps don’t realise how much work is involved when the park is closed during these winter months, but it’s high value work both for the attraction and the town.

“We are working to enhance Southport as a whole and encourage even more people to come and visit.

“All of this helps the local economy and supports other local businesses in our town, and of course we are providing scores of jobs for local people within our community.”

The work at the park was set back a little by the havoc caused by Storm Arwen in November which closed schools, felled trees and damaged buildings across the town.

Southport Pleasureland is now using the incident as an opportunity for improvement, in an environmentally friendly way.

Norman Wallis said: “The storm was the worst I have seen.

“We have harvested some of the wood from the trees that fell during the storm, from Formby Golf Club and elsewhere. They sit at the heart of a very environmentally friendly project.

“We are debarking the wood from the trees here on site, as the Vikings would have done hundreds of years ago.

“There is nothing else like this new Viking adventure golf course in the country, it’s a real first for our town and the wider UK.

“We are looking at around Easter for this one opening.”

Visitors will be able to enjoy the Viking-themed golf and its associated ‘longhouse’ themed pub / eatery, and dedicated parking.

People will be able to enjoy a circular outdoor barbecue area with a ‘firepit’ in the centre of the building with terraced seating around a feature fire.

The proposal will create a brand new small scale visitor experience immediately adjacent to Pleasureland and owned and managed by it.

Norman Wallis said: “The Viking theme was chosen as the local area here is steeped in Viking history.

“We are keen to create an attraction that is very exciting, with a really good atmosphere, but that also has local relevance so that it is both fun and educational.

“It will be a great place to come during the day and the evening for everyone, and will also make a great venue for corporate and private functions.

“It really is unique, so we hope that it will help to attract more people to the local area to help the wider Southport, Sefton and Liverpool City Region economies.” 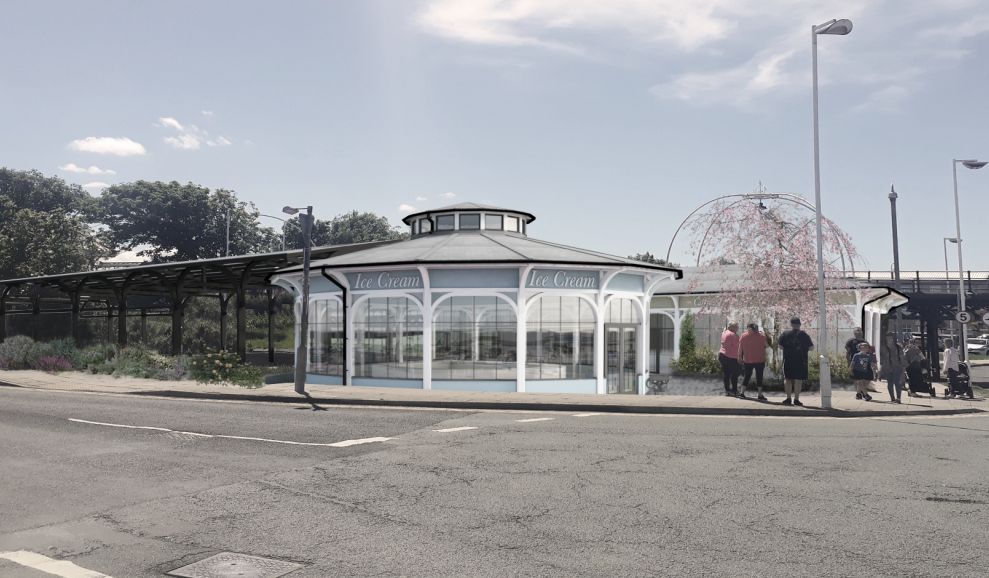 Plans are underway for a new Victorian-style train station terminal at the Ocean Plaza entrance,  along with the fish & chip café and an ice cream parlour.

Norman Wallis said: “We are starting with the footings and will look to open it later this year.”

The track was originally built by Mr GV Llewelyn in 1911 and was originally named ‘Llewelyn’s Miniature Railway’. The first steam train ‘King George V’ ran 17th May 1911 at 3pm.

The track was sold to Harry Barlow in 1945 when it was renamed ‘Lakeside Miniature Railway’. The world’s oldest continuously running 15-inch gauge railway was sold to John Spencer in 1968, then to Don Clark and Graham Leeming in 2001.

It was purchased in 2016 by Norman Wallis, who has been busy refurbishing and improving the track and surroundings, and hopes to create a heritage museum and improved facilities for everyone.

The railway will run every day that the main park is open, and run all day between 10am and 6pm. Passengers can book and pay for tickets from the driver on the platform at either end of the line, with online pre-purchase tickets coming soon.

Norman Wallis said: “We are looking to create a heritage centre there, so people can learn more about the oldest running miniature railway in the world.”