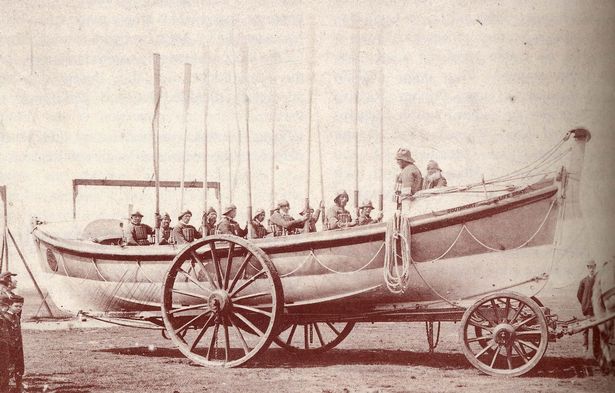 Southport Lifeboat has asked people to remember the sacrifices of the 27 lifeboat crew members who lost their lives off the coast of Southport 135 years ago today.

There was a fierce storm on the night of 9th December, 1886, as a ship called Mexico found itself in trouble.

Three lifeboats were scrambled to carry out a courageous rescue despite the rough seas.

But the event ended in tragedy, devastating families along the Lancashire coast.

The Fishermen’s Rest pub in Birkdale pays tribute to those who died, while a memorial also exists on the Promenade.

Today our coast is patrolled by our modern day heroes, the crews of Southport Lifeboat.

The charity is close to opening its new Southport Lifeboat Station, thanks to the generosity of local people who have supported it.

Southport Lifeboat Coxswain and Trustee Director Nick Porter said: “It’s important that we remember the sacrifices made by those 27 men 135 years ago.

“Not only did they lose their lives, but these men were the main breadwinners for their families and left behind 16 widows and 47 fatherless children.

“Thankfully, improvements in the boats we use, the protective equipment we wear and of course the invention of the motor engine make it much safer for our crew to go out and rescue people these days.

“It is however important that we remember just how unforgiving the sea can be.

“We will always be aware of what happened to the crew of the Southport and St Annes lifeboats on that night, we will honor their memory and do our best to ensure a tragedy like that never occurs again.”

On 9th December 1886, three lifeboats from Southport, St Annes and Lytham were sent headlong into a gale in the Irish Sea to rescue a German barque vessel called Mexico, originally from Hamburg, which had been caught in a raging storm. Two never returned.

The disaster left 16 women without husbands and 50 children without fathers.

It was an incident that even caught the attention of Queen Victoria I and the King of Prussia Kaiser Wilhelm I, who both sent royal condolences to the grieving families of the men lost at sea.

At noon on 9th December 1886, the Mexico, said to be carrying “mixed valuable cargo”, was seen steaming past Southport, heading straight into a gale blowing in from the north west.

Coastguards were already concerned for her safety before late afternoon, when the ship was seen dragging anchor and drifting towards the shore.

Heavy rain and winds made it impossible for those on the shore to make out the Mexico but at 9pm several flares were fired into the sky from the ship, lighting up the clouds and alerting lifeboat crews at Southport and St Annes who scrambled.

Mexico’s captain; G. Burmester, a Hamburg native, later told the Lancashire Evening Post that after they struck a sand bank, his crew lashed themselves to the boat, such was the force of the storm.

The barque had run aground off the coast of Birkdale Sands having launched from the Liverpool docks and its twelve crew members were in serious trouble.

Eliza Fearnley, the Southport lifeboat, was placed on a truck and hauled by horse to the coast. at around 9pm. 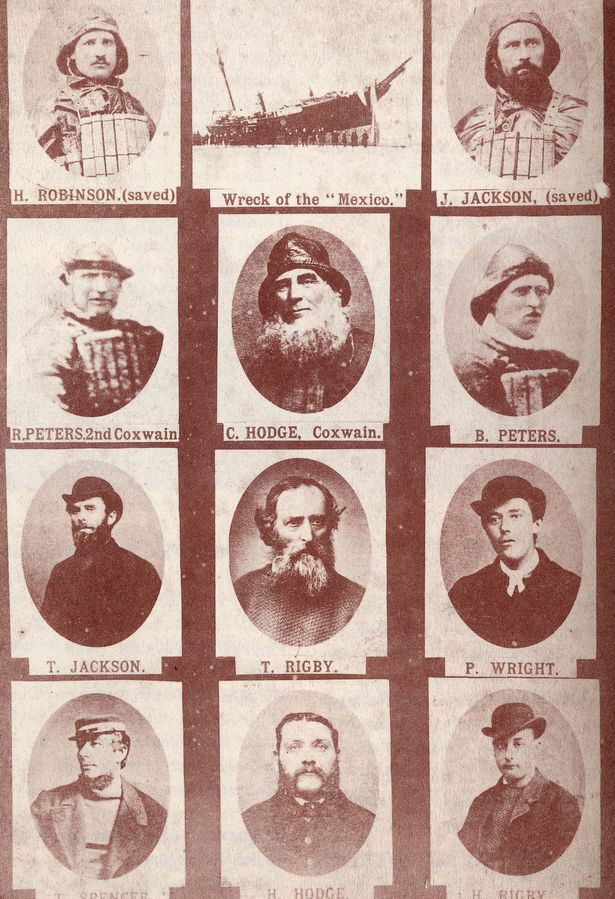 When the party passed the Birkdale Palace Hotel, a mere half mile from the beach, they caught their first glimpse of the Mexico.

The boat was stranded on the main beach and had lost both its masts plus two cables.

With the winds and rain still coming down fiercely upon them, Eliza was launched with its 16 crew members. The Mexico continued to fire flares, calling out for help as the lifeboat struggled towards it.

According to the Lancashire Evening Post’s report, the ship was just 20 yards from the Mexico when a broadside wave capsized Eliza.

The crew never righted the ship and were left in the freezing waters, trapped beneath the lifeboat.

Eliza would later float ashore, three men had clung to her underside and survived; John Bell, John Jackson and Henry Robinson were lucky to be alive, they came out from under the vessel beside the corpses of three of their crewmates.

John Bell would later die in hospital, making him the 14th victim in the Mexico wreck.

Henry later told reporters that he survived by breathing through an air valve in the upturned lifeboat.

Later the bodies of the remaining 10 members of the Eliza washed up on the Birkdale beach.

Another boat met a similar fate as Eliza Fearnley in trying to rescue the Mexico.

Laura Janet launched from St Annes with 13 crew members at 11pm, about an hour after Eliza Fearnley took to the waters in Southport.

The “gallant” crew were sent on their way by “hearty cheers” from the shore, according to newspaper reports.

But by noon the following day, as Southport residents were helping to pull bodies onto the Birkdale Sands, there had still been no news of the Laura Janet. The people of Lytham began to fear the worst, the lifeboat had sunk and was now, like Eliza Fearnley, carrying a ghost crew of dead men who had drowned in the fierce storm.

By mid afternoon the bodies of the Lytham crew were found on the Birkdale Sands. News filtered back to Lytham and by the end of December 10 a total of eight men from the Laura Janet had been taken to the Royal Palace Hotel to join their Southport colleagues.

It fell to the Lytham lifeboat the Charles Biggs to rescue all 12 men aboard the Mexico.

The lifeboat was fairly new, having only been launched for the first time two weeks prior to the Mexico wreck. It took to the seas at 10am on December 10.

After nearly five hours, the lifeboat returned with the dozen crew members aboard, who were glad to escape the fate of their would be rescuers who were lost to the sea.

According to the Lancashire Evening Post, Charles Biggs returned to raucous cheering from the shore, but they were short-lived.

A total of 27 men, 14 from Southport, 13 from Lytham, had died trying to rescue the Mexico crew. 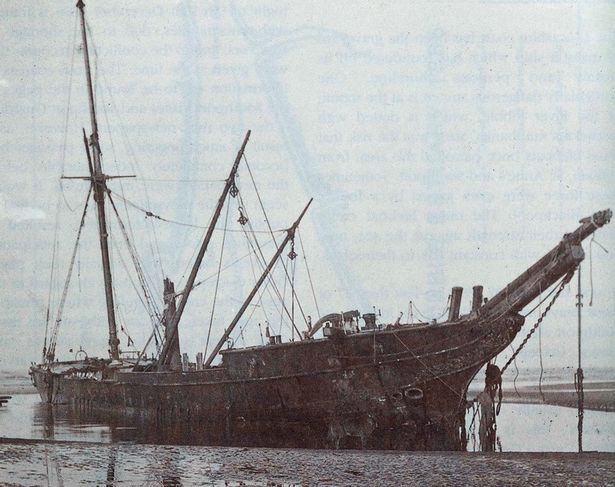 The wreck of the Mexico on Southport beach in 1886

Queen Victoria and Kaiser Wilhelm I of Germany both sent their condolences following the disaster and even contributed to the major appeal which followed to provide funds for the families of the deceased and for the erection of memorials.

Queen Victoria donated £100 to the fund while Kaiser Wilhelm I sent £250. The city of Hamburg, where the Mexico originated from, sent money to the fund as well as many national newspapers.

A monument to the Laura Janet crew was also erected near the St Cuthbert graveyard before a statue of a lifeboat man was put on the South Promenade in Lytham in 1887.

At the time the Mexico tragedy was considered a national disaster and it lived long in the memory of Victorian contemporaries.