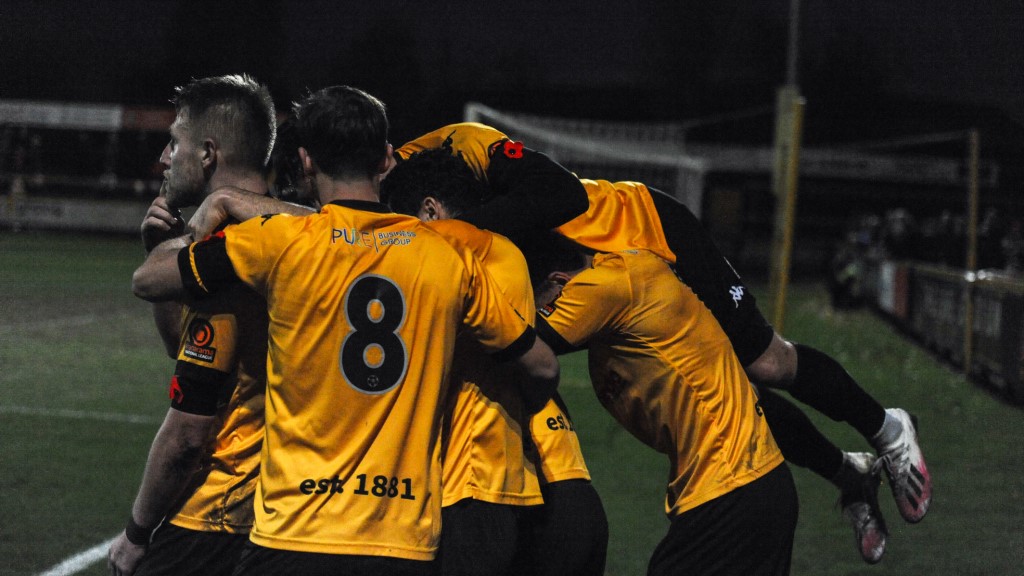 Southport FC have risen into the play-off places after a fourth straight league win, with a 2-1 away victory over Blyth Spartans.

Sometimes in football you have to dig in and show character when things aren’t going your way and today was one of those days.

Southport FC weren’t at the races in the first half and deservedly came off the pitch 1-0 down. They did create a couple of chances but were second best.

The goal was a bit of a strange one. Michael Liddle’s shot from the edge of the area went through a sea of bodies and looked to have been cleared off the line but the Assistant Referee on the far side flagged to say the ball had crossed the line. Half time video evidence was inconclusive but the goal was the least the home side deserved. Playing for their new manager they were on top.

With the rain pouring down in the second half Southport gradually got a foothold in the game and came back strongly.

Two goals in the space of three minutes in the 71st and 73rd minutes sealed the win for the Sandgrounders and both came in similar fashion. The first came from a Hmami corner that resulted in a scramble with nobody in the stand having a clue who got the final touch, suggestions were an own goal, Carver or Watson. Eventually we awarded the goal to Watson on the say so of our manager!!!!

The second was also the result of a corner. It was first thought it had gone straight in but later it was confirmed that Carver had got his 17th of the season.

The relentless rain turned the pitch into a quagmire and chances came at both ends. Hmami went down in the area and everyone thought it was a pen, except the referee. Archer’s introduction up front seemed to add great impetus to the Southport forward line and he had two great chances to increase the lead but fired over. Carver, Hmami and Watson also all went close.

Blyth came back strongly in the final 10 minutes but the Southport rearguard held firm with Doug Tharme outstanding at the back and Cam Mason pulled off two fine stops to keep the lead intact.

The goals were the first Southport have scored away from home in the second half of a league game and whilst it wasn’t a vintage SFC performance this group of lads never give up and in dreadful conditions once again the outstanding work rate for one another and tremendous character saw them home.

We have a well deserved midweek break after four gruelling fixtures and next Saturday we travel to Farsley in a break from league action and a game in the FA Trophy.

Man Of The Match: Doug Tharme