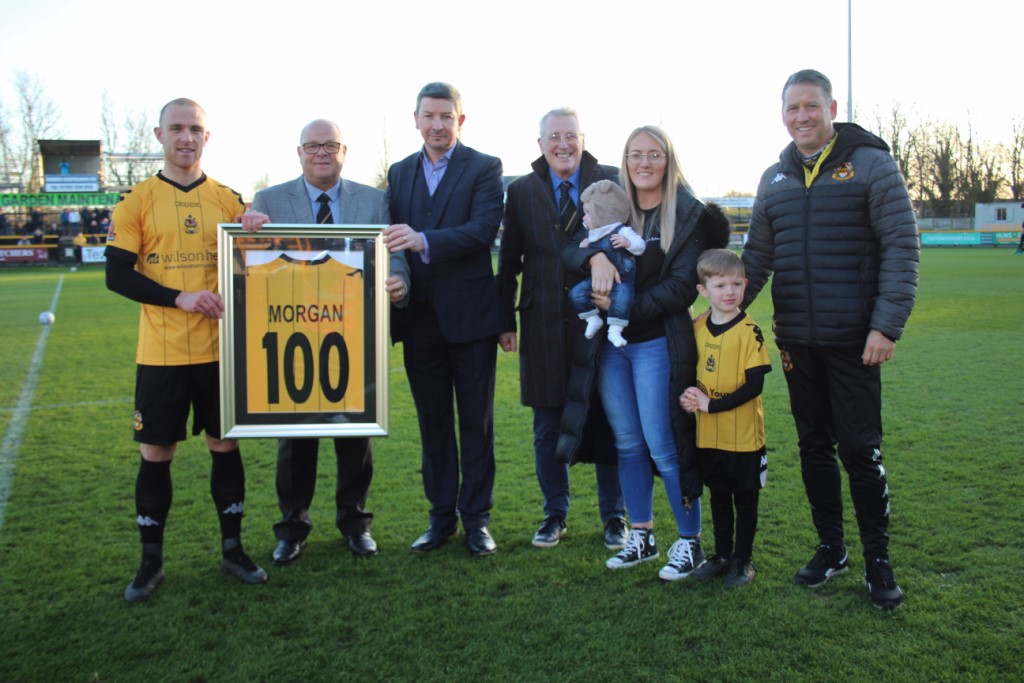 Southport FC Captain David Morgan has agreed a transfer to sign for Accrington Stanley in League One for an undisclosed fee.

Morgan, 26, has made 128 starts in all competitions scoring 22 goals for Southport since making his league debut in September 2017 in the 3-0 defeat at Nuneaton, the game that turned out to be Alan Lewer’s last in charge of the club.

Southport FC wish him every success at Accrington and thanks him for his contribution at Southport as a player, captain and someone always ready and willing to help out with work in the community and help with media requests.

Manager Liam Watson said: “I have sold a lot of players over my career and I am delighted to see them go on and have careers.

This one gives me great delight as David 100% deserves this move but it has left me with sadness also as he will be a huge loss not only as the best attacking midfielder in the league but as a captain and a fabulous person.

“For David to get a two-and-a-half-year deal in League One was an opportunity that Southport Football Club couldn’t stand in the way of. We had recently turned down a substantial offer for David from a National League club.

“Everyone at Southport wishes David the very best of luck and thank him for his efforts and great memories he has left us with.”

Director Ian Kyle added: “Steve, Liam and I wish David all the very best as regards to his move to Accrington Stanley.

“David has been the very epitome of a club captain, and has very much become Mr Southport FC. We were very reluctant to let him go, and indeed rejected a bid from a National League side, with David himself expressing his preference to stay with Southport.

“The bid from Accrington Stanley brought with it mixed feelings, as although we did not want David to leave, we feel that he has more than earned the opportunity to make the jump from National League North to League One.

“We are sure that David can follow in the footsteps of Dion Charles and achieve the success that he deserves in his career.”