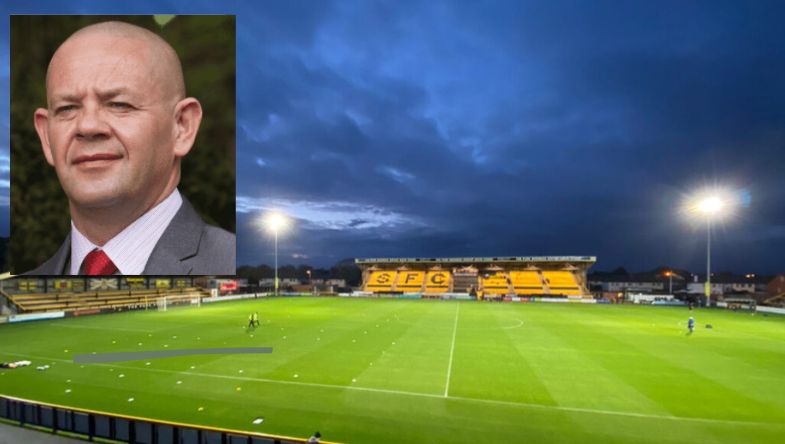 Frank Hughes has been appointed as the new secretary at Southport Football Club.

Frank came through a tough selection process as the outstanding candidate and he will take up the post on June 1st.

Southport FC Director Ian Kyle said ”Frank is an ideal fit for Southport Football Club, he has a wealth of experience at this level and great local knowledge and we are all looking forward to working with him and extend a very warm welcome to the club.

“Frank will be spending time getting to know everyone involved in the first few weeks and he will be present at the ground for Wednesday Walkabouts from June so supporters can meet him personally.”

A few years later Frank followed in his father’s footsteps by joining the board of Directors at Skelmersdale United FC.

He started out originally as Director of Football, before taking over as Chairman. And during his tenure at the club he managed to raise in excess of £200,000 in sponsorship.

He also managed to secure a ground-share deal with Liverpool Ladies, which exceeded £100,000 during their partnership with the club.

Frank negotiated the transfers of Georgie Donnelly (Plymouth Argyle) and Sean McConville (Accrington Stanley) to the football league, with an accumulative value in excess of £60,000.

They reached the final on one occasion when they sadly lost to FC United in front of over 3,500 people at Gigg Lane.

In his final season Skem were pipped at the post on goal difference by Chester, but it once again highlighted the desire to be competitive against much bigger clubs.

With a career stretching from Advertising, Media and Public Relations, Frank brings a wealth of knowledge that merges well with the experience of running a football club.

He said: “I’m absolutely delighted to be given the opportunity to join Southport FC.

“After speaking to Ian, Liam and Steven it is clear that they share the same principles of running a football club as I do.

“I’ve always had a realistic approach to running a football club.  Financial sustainability, identity, youth and patience have to form part of any mission statement at any football club.  I will be focussing on all of those things, but I will also point to the assets that the club already has, such as a great manager in Liam, the vastly improved facilities and its fantastic fan base but most importantly the many volunteers that have helped make Southport the great club it is.

“Southport has a population of over 90,000 people and in many ways is a sleeping giant.

“I’m going to do my best to tap into the larger community and drag them down to watch a game or two – just like my dad once did to me.  I look forward to meeting you all and I can’t wait to get started.”