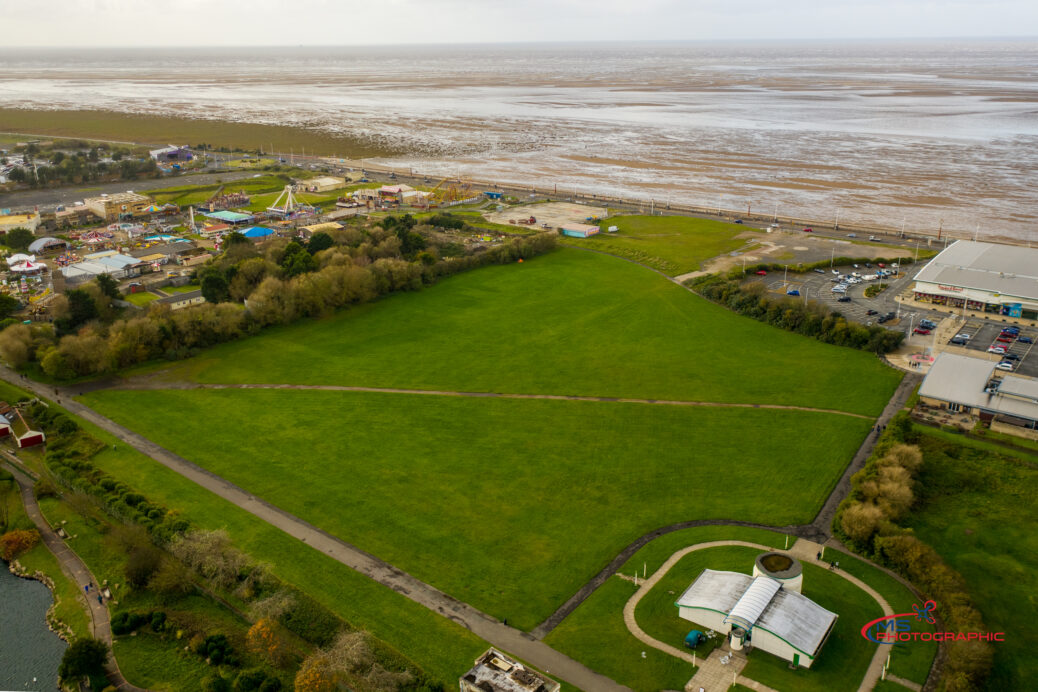 These stunning pictures show exactly where a brand new £40million world class water attraction will be built in Southport.

These images were taken by Southport-based firm MS Photographic, which provides commercial drone photography and videography services across the Liverpool City Region and beyond.

Owner Mark Stansfield said: “I think this will be a fantastic opportunity for Southport” as he enjoyed a trip to Princes Park today to take a look at exactly where this exciting new ‘Southport Cove’ development will be built.

A company called Go Surf has entered into an exclusivity agreement with Sefton Council to create an exciting, new, all year-round attraction with a world class surf wave pool at its heart.

A stunning 250m long beach coupled with a 360-degree boardwalk and planted gardens will mean that visitors can take in the pool’s surrounding landscape, for water users and non-water users alike. 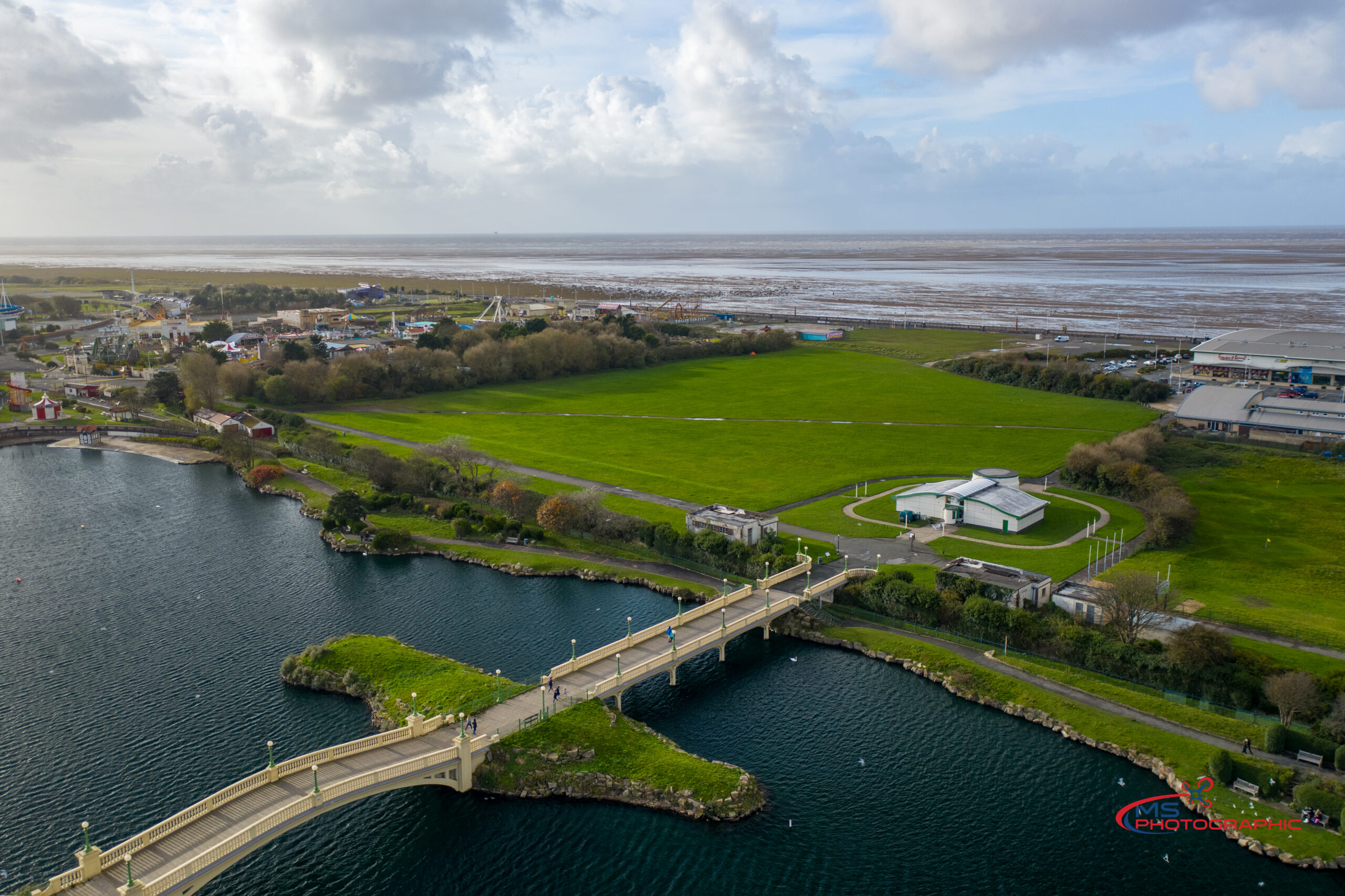 Southport Cove will make waves that can reach over 2 metres for accomplished surfers, to just 0.5 metres for those who prefer ‘fun’ waves.

These striking images by MS Photographic owner Mark Stansfield taken today give a real sense of exactly where the new facility will be built.

They look down onto Princes Park, showing a prime seafront site which neighbours Southport Pleasureland, which is itself looking to put into place ambitious plans to redevelop the site into an all-year, indoor attraction.

Princes Park is also bounded by the seafront, looking out to Southport Beach and Southport Pier; Ocean Plaza; and the Marine Lake.

The redevelopment plans of Southport Cove and Southport Pleasurerland should lead to a huge growth in both jobs and visitors, which should give a huge boost to the shops, restaurants, bars and other attractions both at Ocean Plaza, and in Southport as a whole.

Only a limited amount of information has so far been released about Southport Cove by Sefton Council and Go Surf.

Detailed plans for the site and more details about the proposed 4-star accommodation, dining facilities, surf facilities and more have yet to be revealed. No information has yet been given about timescales, such as when people could expect to see building work to start and when this eye-catching new facility could open.

Princes Park is often used as a car parking site for big events such as Southport Flower Show and Southport Air Show, and local residents will be keen to hear what alternative car parking plans will be put into place.

The size of the site and the possibilities it offers were perfectly captured by MSP Photographic owner Mark Stansfield, who has held his CAA PFCO permissions for the past two years. This means he has permission to fly commercially granting access to close-up images of stunning scenes such as these. During this time he has worked with clients such as Harrisons Transport, Briggs Marine, The RNLI, M M Acquisitions Ltd. and many more.

He said: “I am a passionate and enthusiastic drone operator with tons of photography and videography experience!

“I love what I do, creating something from a vision into something that people stand back and go ‘wow’ ultimately giving the best possible service.

“I also like to stand out, thinking of different ways from the norm’ which allows me to create something special and unique for you, the customer.”

The new Southport Cove aims to create up to 120 new jobs and bring more than £20 million per annum to the local economy with an expected 150,000 client visits a year.

The new facility aims to complement the other exciting opportunities emerging in our town, as part of the Southport Town Deal and beyond. 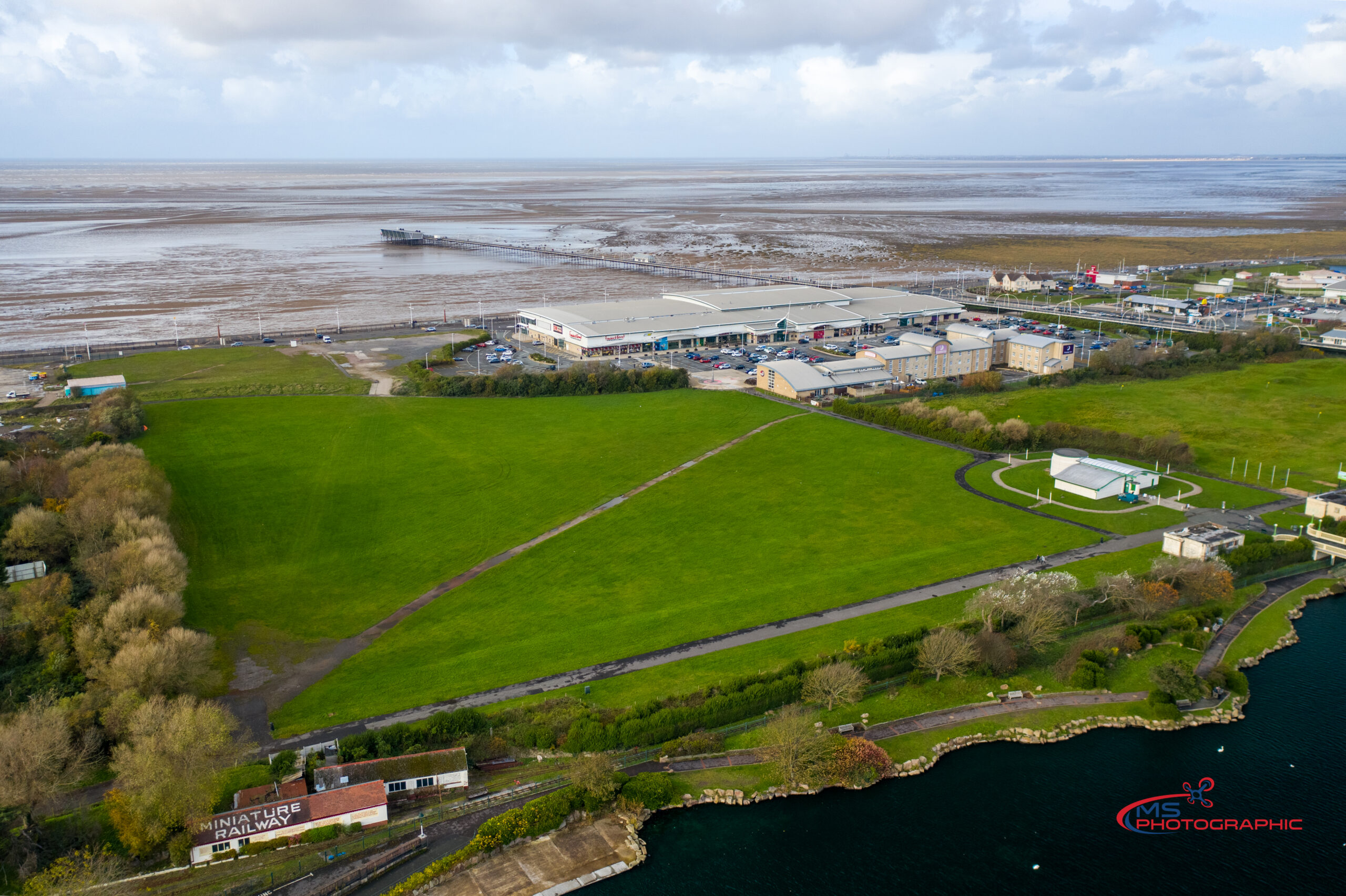 The founders of Go Surf said: “Southport’s location and existing facilities lend themselves perfectly to the town becoming a true haven for water sports, indoor and outdoor attractions, and wellness.

“The town benefits greatly from the successful integration of its town centre, marine lake and seafront.

“We’re taking a world class surf pool and building a resort around it that’s far more than just a place for catching waves, something that all visitors and members can enjoy on any given day of the year.

“Our aim is to create a perfect environment where people meet with friends and family, be it to lounge on the beach or in the gardens, catch some waves, relax in the spa, or just grab a coffee and a bite to eat.

“It’s a real privilege to have this opportunity to do something great for our hometown, we are thrilled to be bringing our unique brand of water-based sport to Southport.

“See you down at Southport Cove soon.’’