Southport Comedy Festival 2020 cancelled – but will return in 2021

Home Southport Comedy Festival 2020 cancelled – but will return in 2021 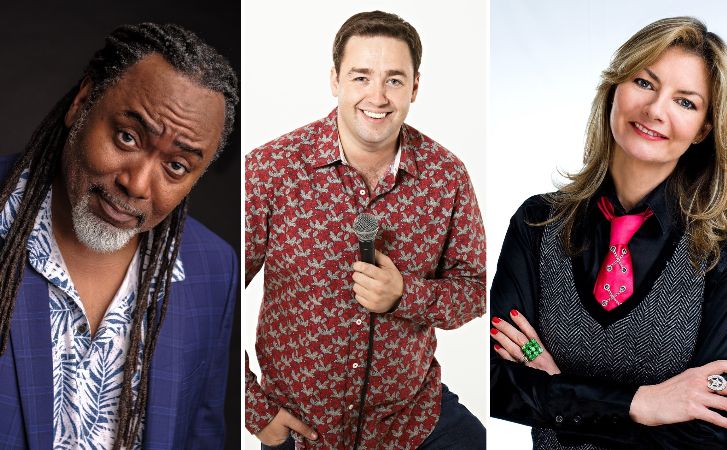 But they have promised to return with a vengeance for Southport Comedy Festival 2021.

The hugely popular event brings some of the biggest names in comedy to Southport every year.

The 2020 event was initially due to be held in theatres, restaurants and bars around Southport, but was cancelled after the Covid-19 pandemic hit the UK in March.

In August, after cases had subsided, event organisers Bren and Val Brady planned a special Covid-secure Southport Comedy Festival in a specially constructed marquee at Victoria Park in Southport with a huge array of safety measures in place.

The shows were due to take place between October 1 and October 18. But despite a number of the shows being sold out, the organisers noted the rising Covid cases in the region and took the sensible decision to postpone the Festival until the end of November in the hope that cases might be brought back under control.

But following the news this week that both the Liverpool City Region and Lancashire are being put into Tier 3 Covid restrictions, the decision has now regretfully been made to cancel this year’s event.

Everyone who has bought tickets will get their money returned through the Skiddle ticket booking operator.

Festival Director Brendan Riley and Val Brady said: “ It is with huge regret that we announce the cancellation of this year’s Southport Comedy Festival.

“Due to the ongoing Covid-19 Coronavirus pandemic and the movement of Sefton and other nearby boroughs into Tier 3 Covid Alert Levels, it has now become clear that it is just not possible for this year’s event to go ahead

“We are extremely disappointed to have to make this decision.

“The amount of work we have put in planning this year’s Festival and trying to make it work in the current climate is difficult to quantify.

“The support we have received from the public and our fantastic sponsors has been overwhelming.

“We would like to say a huge thank you to this year’s headline sponsor, Mark and Lyn Cunningham from Anthony James Estate Agents, along with all our other sponsors and supporters, including Alan Adams and his team from Southport Flower Show and Victoria Park Events, Mark Dilley from Elite Marquees, Mark Catherall and the Sefton Council Tourism Team and all our other supporters for trying to make this year’s Festival happen.

“We would also like to thank everyone who has bought tickets for your support, for your patience and your understanding. It just wasn’t meant to be this year.

“We feel that everyone’s safety has to come first and we hope you understand.

“We will be working closely with our ticketing partners and they will be in touch by email very soon to process refunds for tickets already purchased.

“We will be back when this nightmare has passed.”

“Until then keep safe, and we will get through this together.”