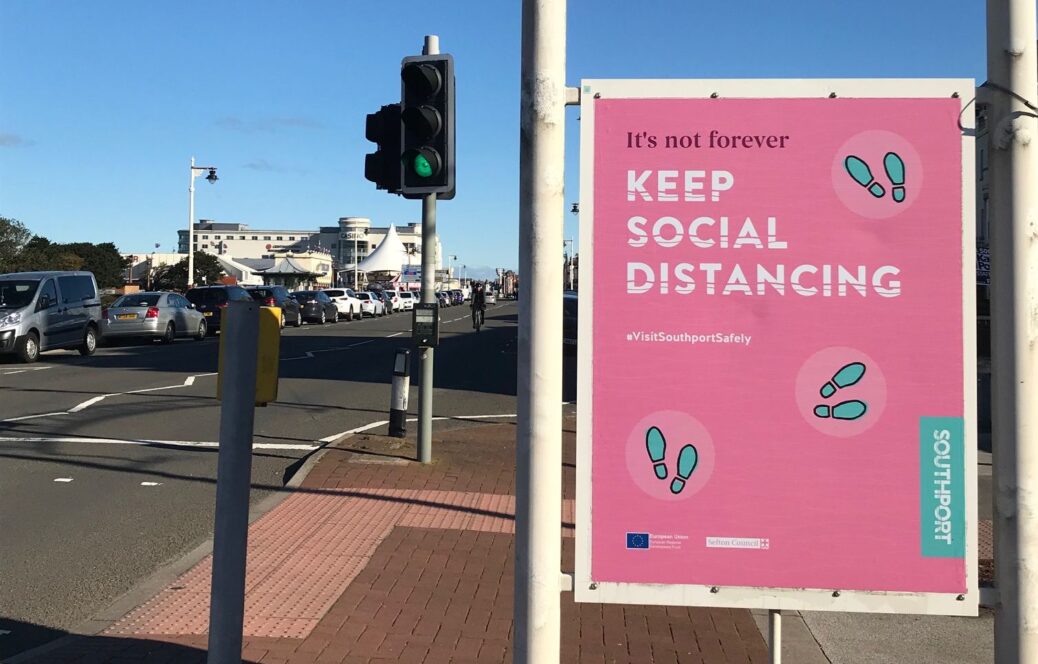 Sefton and the rest of Merseyside will soon see greater Covid-19 restrictions with betting shops, gyms, leisure centres and casinos ordered to close from Wednesday.

Bars will be asked to closed unless they are able to serve meals.

Prime Minister Boris Johnson revealed the new rules as he also urged everyone in Southport, Formby and across the region to play their part in reducing transmission of the virus.

He said: “I take no pleasure whatsoever in imposing restrictions on these businesses, many of which have gone to great lengths to reopen as safely as possible.

“Nor do I want to stop people enjoying themselves, but we must act to save lives.

“And the evidence shows that in changing our behaviour in restricting transmission between us our actions are saving lives.”

The new restrictions for the Liverpool City Region include:

Boris Johnson said the new Tier Three restrictions have been agreed with council leaders across Merseyside.

The Prime Minister declared that the highest restrictions will mean pubs, bars and other businesses closed and households banned from mixing altogether.

People in Merseyside were also advised not to travel to other regions.

Mr Johnson said he could not ‘let the virus rip’ amidst serious concerns over rising cases and hospital admissions.

He also said he was not prepared to go back into the full national lockdown which was introduced in March which he said would have a devastating impact on the economy, on people’s livelihoods, on children’s education and on  people suffering from heart disease, cancer and other conditions if hospitals were to be overwhelmed with Covid patients.

From Wednesday at 5pm, people will only be allowed out of their local areas for essential travel such as for work, education or health, and must return before the end of the day.

Restaurants will be allowed to open, but only until 10.30pm.

Where businesses are forced to shut, the Government will pay two thirds of each employee’s salary, up to a maximum of £2,100 a month. There is expected to be a £28million package to help parts of the country classed as Tier Three.

There will be Covid grants of up to £3,000 a month for businesses forced to close due to the new restrictions.

Shops, schools, universities and others will also remain open.

Boris Johnson said: “The ‘very high’ alert level will apply where transmission rates are rising most rapidly and where the NHS could soon be under unbearable pressure without further restrictions.

“In these areas the Government will set a baseline of prohibiting social mixing indoors and in private gardens and, I’m sorry to say, closing pubs and bars,

“We want to create the maximum possible local consensus behind this more severe local action,

so in each area, we will work with local government leaders on the additional measures which should be taken.

“This could lead to further restrictions on the hospitality, leisure, entertainment or personal care sectors.

“But retail, schools and universities will remain open.”

The Liverpool City Region is the highest profile area in the top bracket.

However, another swathe of the country faces being thrown into the Tier Two bracket, meaning bars can stay open but households cannot mix indoors.

That includes Greater Manchester, which was saved from the highest curbs after lobbying from mayor Andy Burnham and local MPs, as well as the North East, Birmingham and Leicester.

Boris Johnson told Parliament: “The number of cases has quadrupled in the last three weeks, there are now more people in hospital with Covid than when we went into lockdown on March 23 and deaths are already rising.”

Deputy chief medical officer Jonathan Van-Tam and NHS medical director Stephen Powis told a briefing in Downing Street that the number of patients in hospital was now higher than before the blanket lockdown was imposed in March – and could be above the previous peak within four weeks.

Nightingale hospitals in the worst affected areas are being put on high readiness to reopen.