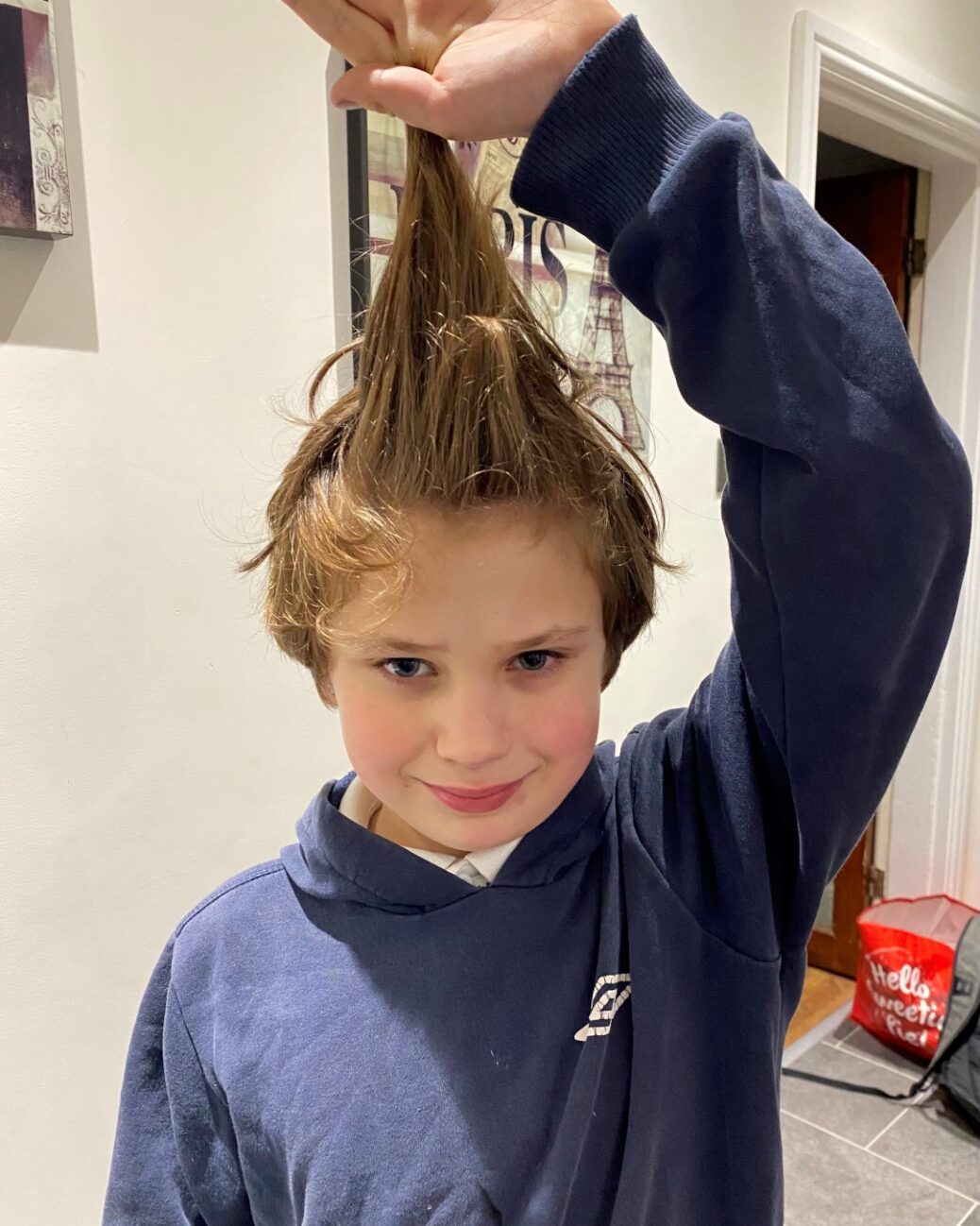 Ten-year-old Alex Gilbert will be sporting a new look on New Year’s Day after deciding to have most of his hair cut off to raise money for Queenscourt Hospice in Southport.

His grandad Dave Gilbert will be taking the razor to Alex’s head on New Year’s Eve to do away with six inches of hair, leaving him with a number two crew cut to see in 2021.

“I suggested he donated to a local charity to give back to our community and told him all about Queenscourt and he immediately chose them. Queenscourt is close to everybody’s heart and most people in the area have a link to it.”

Alex had originally planned to have his hair cut on Christmas Eve, but after worrying that Santa might not recognise him with his new hairstyle and not leave him any presents, decided to delay it for a week

“He is quite excited at the thought of doing something special for other people,” said Louise. “We are so proud of him – he really is a lovely boy who’s not got a selfish bone in his body.”

Cheering Alex on during the haircut along with Louise will be his dad, Lucien, and brothers Joe and Sam.

A GoFundMe page has been set up and has already attracted £240 in donations.

“We initially set a target of £100 because times are hard for everybody so we were really surprised when we reached that within a week,” said Louise.

Judith Stewart, Queenscourt’s Fundraising and Lottery Manager, said: “We are so proud of Alex’s kind-hearted and brave approach to fundraising and for his help in Keeping Queenscourt in service. We cannot thank him enough for taking on this wonderful challenge.”

You can support Alex in his fundraising efforts at https://uk.gofundme.com/f/pa8x4v