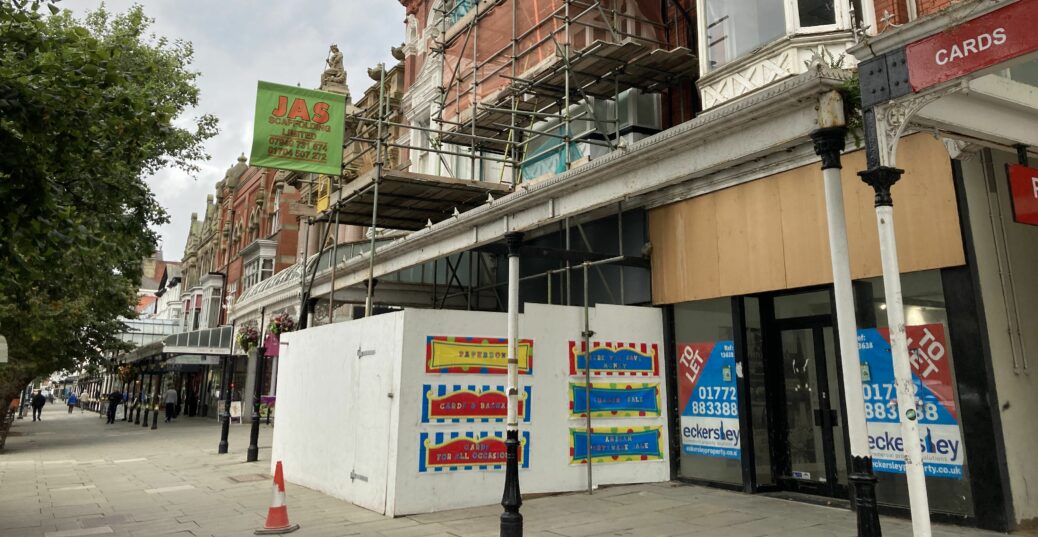 A new indoor climbing centre and cafe will bring new vitality to Southport town centre after plans for the project were approved.

The new facility, which will bring ‘bouldering’ to the town, will be built at 339-341 Lord Street, a Victorian era building near the junction with Nevill Street, after Sefton Council gave its go-ahead to a planning application.

It adds to the climbing wall facility already available at the nearby Southport YMCA on Hoghton Street.

It also brings back into use one of Lord Street’s most beautiful and historic Grade II Listed three-storey buildings which has sat empty and neglected for a number of years.

It is part of a wider group of buildings known as the Albany Buildings, which stands prominently on the road. It was designed by architect EW Johnson and built in 1884.

It previously hosted a ground floor shop and offices above.

It will now be transformed into an indoor climbing centre with a ground floor cafe and attic level offices.

In his report, Sefton Council Chief Planning Officer Derek McKenzie said: “The proposed development is acceptable within the established Town Centre and would positively contribute to its economic function, viability and vitality.

“It will derive public benefits to a substantial degree in the form of bringing back into use a prominent and distinct building within Southport’s Town Centre which has been vacant for some time.

“The development would preserve the special architectural and historic interest of the Listed Building which would contribute overall to an enhanced Conservation Area.”

He added: “The property has been vacant for some time and is showing signs of damage resulting from neglect. Large sections of the roof have been almost completely removed.”

New owners Craft & Sons have vowed to restore many of the building’s original features.

Derek McKenzie said that while it is expected that 70% of town centre units should have a retail use, “this is balanced against the rates of vacancy currently experienced within the town centre and the potential for a diversifying leisure use to increase the level of footfall in the town centre.”

He added: “The proposed development could also have regenerative benefits in this regard and also bring back into use a Grade II Listed Building.

“A ‘health check’ of the Town Centre carried out in 2020 indicated that Southport has a relatively high vacancy rate for units when compared to the UK as a whole. It also noted that Southport is a diverse Town Centre, which provides both a traditional retail offer whilst also providing for tourism and a wide number of differing events held throughout the year.

The applicant has proposed opening hours of 6.30am to 10pm during the week and 8am-8pm  at weekends. 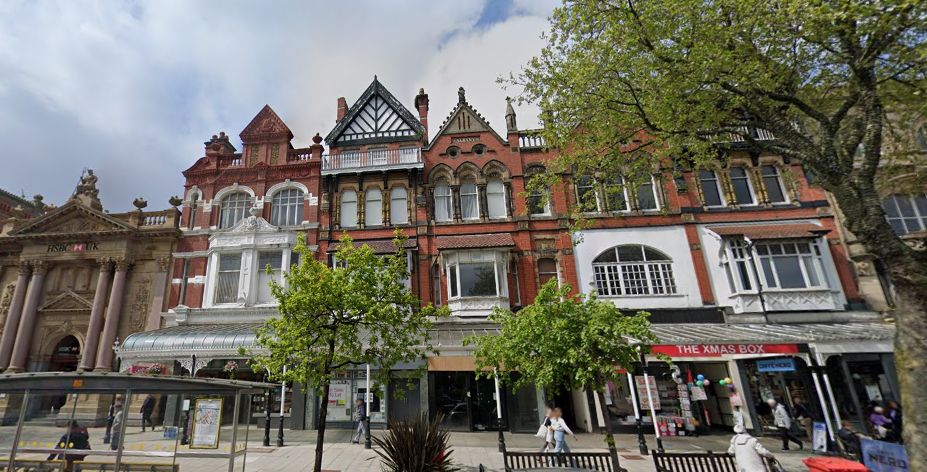 Lord Street in Southport, including the Albany Buildings at 339 – 341 Lord Street

The application was advertised by both a site and press notice. A single representations was received in support of the proposed development which said it would be:

–     An asset to Southport and diversify the town’s attractions;

–     A source of interest for youths and means of keeping fit

After ambitions by previous owners to convert the building into flats, new owners Craft & Sons aim to “improve the local area by providing a vibrant and economically viable business”.

The new venture would create seven new jobs and attract visitors to the town centre.

It is a further boost for Lord Street, which earlier this year saw the first two phases of ‘The Grand’ open on the site of the former Grand Casino following a £4million transformation which is still ongoing.

The proposals for Albany Buildings have been submitted by CB Architecture.

“They effectively conclude that the risk is due to neglect – loss of historic detail, inappropriate changes, large numbers of vacancies within the historic buildings, derelict sites, lack of maintenance and the poor condition of the public realm.

“The proposals will conserve the character of the building by retaining and repairing its historic features.

“The proposed use would secure the long-term viability of the existing vacant unit and ensure the upkeep and maintenance of the building. This will help to maintain the attractiveness of the site contributing positively towards the borough’s local distinctiveness.

“The conversion of the vacant listed building will add to the diversity of Lord Street and prevent further deterioration of its heritage assets.

“The building will be restored by the Craft family. Since minimal alterations are required for the conversion to a climbing centre the heritage assets can be both restored and remain prominently displayed throughout the building. If the property were converted to flats, which was considered by the previous owner, the heritage assets would have been lost.

“The refurbishment may inspire other developers to follow and convert vacant properties within the conservation area, further enhancing Lord Street, the vitality of the town centre.”