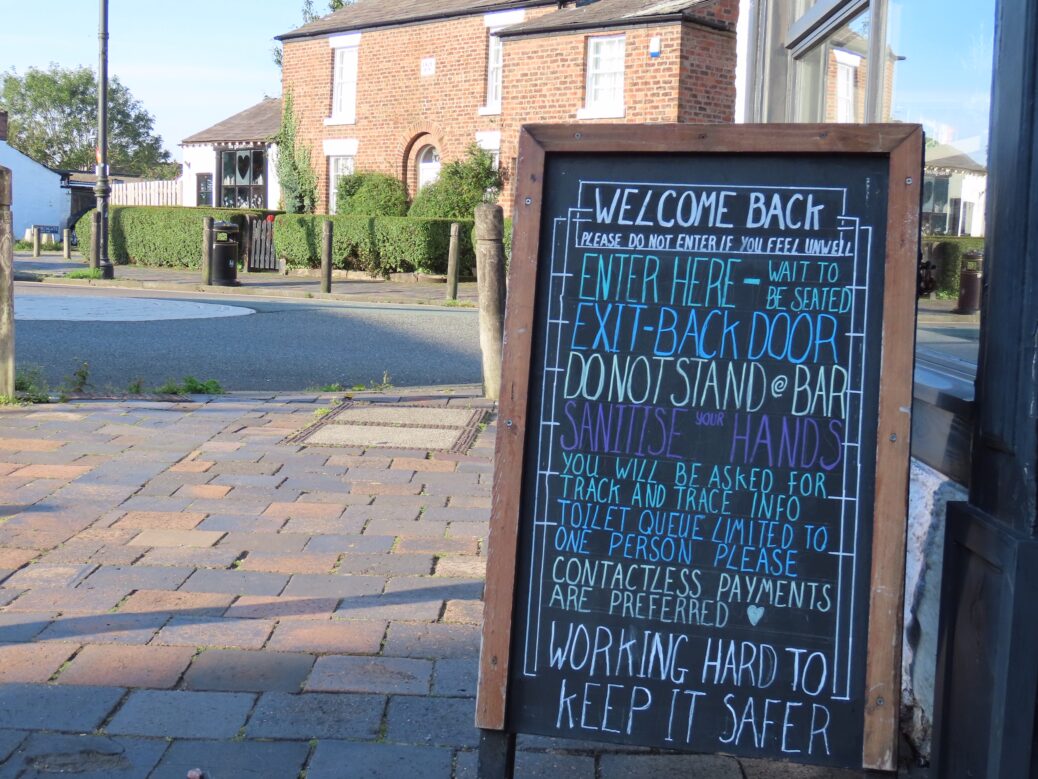 People who work for businesses in Southport and Formby which are forced to close due to new Covid-19 restrictions next week will have two-thirds of their wages paid for by the Government.

Sefton and the other boroughs in the Liverpool City Region are expected to be among the places affected in an announcement made by the Government on Monday (October 12).

The new restrictions are expected to call for the closure of pubs and restaurants shut in the worst-affected areas.

The most recent Coronavirus figures show Sefton is ninth on the list of worst hit areas for Covid-19 cases in England, with more than 1,000 new cases last week.

Chancellor Rishi Sunak today said it was an “expansion” of the Job Support Scheme, which begins on 1 November and will be available for six months.

The Treasury says it could hundreds of millions of pounds a month.

Restaurants and pubs in Sefton are now getting ready for a last weekend of being open for a while, although it is not yet known how long this would be for.

Remedy in Churchtown Village said: “As you’ve probably seen in the news, there is a very real threat that the hospitality industry will be shut down for the second time.

“So we ask our friends & followers to #supportyourlocal this weekend.

“Go for that cheeky pint or treat your loved ones for a meal! Any kind of support will be appreciated.

“Whether its Remedy Churchtown or wherever you choose, they’ll be glad to have you in a safe & secure place.”

Some venues have already closed their doors in anticipation, while others are launching new delivery services.

They include La Tabella in Churchtown, which is launching a new takeaway offer of two dine for £20, with two courses each.

The support will be reviewed in January. Until November businesses that are asked to close can continue to use the furlough scheme.

The grants will be paid up to a maximum of £2,100 per employee a month and the Treasury said they will protect jobs and enable businesses to reopen quickly once restrictions are lifted.

Announcing the financial support, Mr Sunak said: “I hope that this provides reassurance and a safety net for people and businesses in advance of what may be a difficult winter.”

In addition, for businesses forced to close in England, the chancellor announced an increase in business grants – with up to £3,000 a month paid every fortnight.

The chancellor described Friday’s announcement as “a very different scheme to what we’ve had before, this is not a universal approach, this is an expansion of the job support scheme specifically for those people who are in businesses that will be formally or legally asked to close”.

The support will only apply to businesses that have to close as a result of Government regulations, but as yet it is not clear which firms may have to close.

Asked whether the announcement suggested the government was going to ask businesses, such as those in hospitality, to shut, Mr Sunak said: “The rise in cases and hospital admissions in certain parts of the country is a concern.

“It’s right the government considers a range of options… but it’s also right they engage with local leaders.

“That is what’s happening this afternoon and over the weekend so those conversations can happen and collectively we can decide on the appropriate response.”