A new book has been published celebrating the recent acts of one of the North West’s most remarkable independent theatres and the dramatic group that regularly performs there.

A History of the Southport Dramatic Club and its Little Theatre 1997-2021 by Margaret Mann presents another way to book at the SDC.

Southport Little Theatre is a gorgeous venue, tucked away on Hoghton Street right in the heart of Southport town centre.

It is the home of Southport Dramatic Club, which recently celebrated its centenary.

The theatre that it calls home was purpose-built and opened its doors in 1937.  The club’s YouTube channel features a tour of this magnificent construction and is worth a watch.

There is history in the very fabric of the building and the walls have seen a lot of activity both on stage and off stage!

60 years after the doors opened, a historical book was published entitled “A History of the Southport Dramatic Club and its Little Theatre 1913-1997”.

This was written by Benny Darrah, and published by the club which fondly referred to it as “Benny’s book” – within this tome lay the origin story and the development of this thriving cultural and social hub.  It also went on to explore how the club had developed and paid tribute to its successes.

As members looked on to yet more impressive anniversaries, it was decided that a further book would be written, and who better to write it than Margaret Mann?

Margaret has been a member of Southport Dramatic Club for over 50 years and has seen many members come and go, as well as been involved in countless productions in all manner of ways. 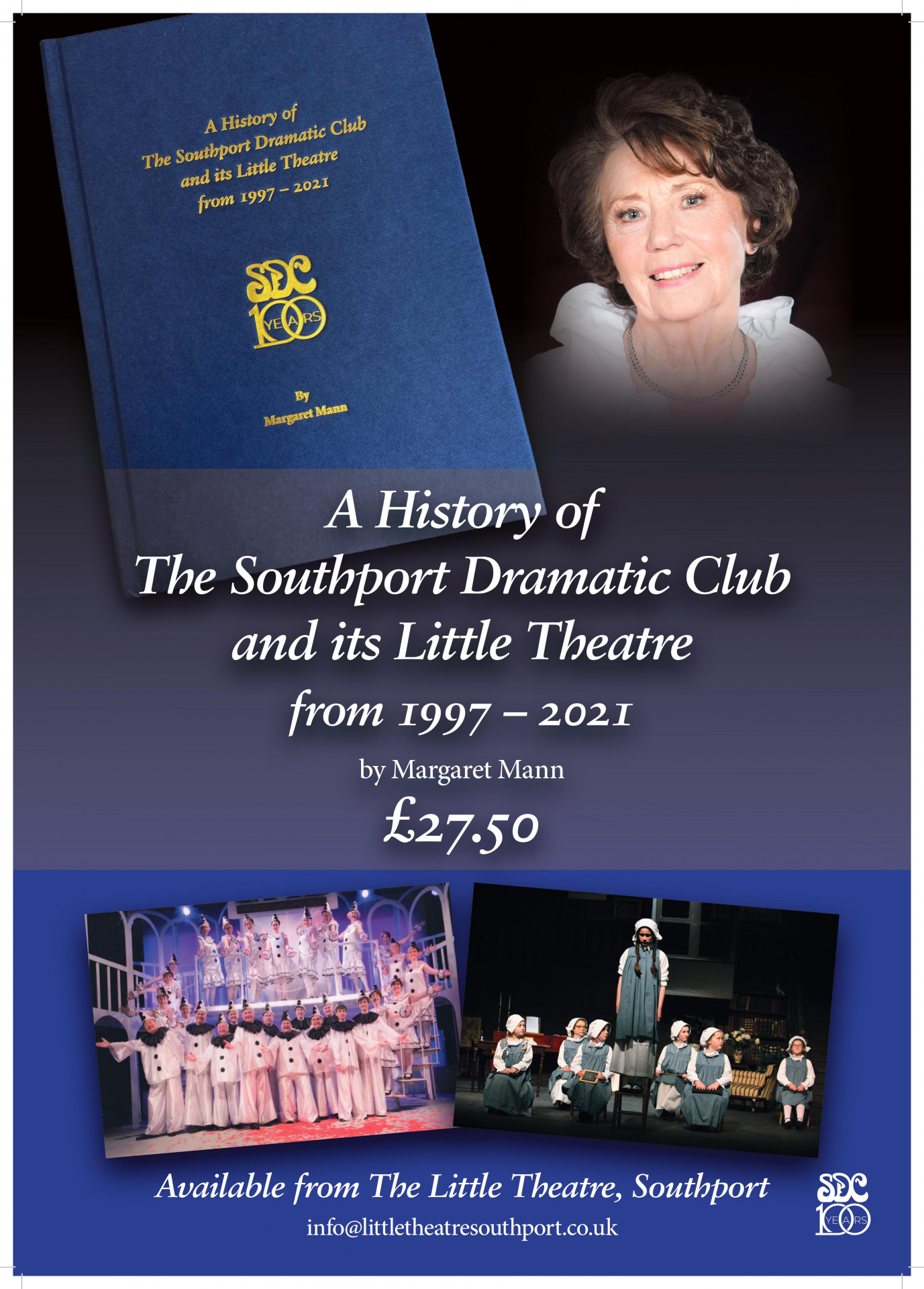 She has dedicated hours of her time to serving on committees and is always generous with her experience, using it to mentor and draw the best from everyone.

She set to work drawing together the threads of her own experience as well as those woven from a great deal of research. The result is a fascinating study: entitled “A History of the Southport Dramatic Club and its Little Theatre 1997-2021”.

This book will appeal to members as well as those who have previously been in shows or supported them from the audience.

Feedback from those who eagerly obtained and flew through their copies has been exceptional with one reviewer commenting that it was “A professional, entertaining and insightful publication”.

Any historians of the craft and the town will also be delighted by this wonderful work (which would also make an excellent Christmas present!) 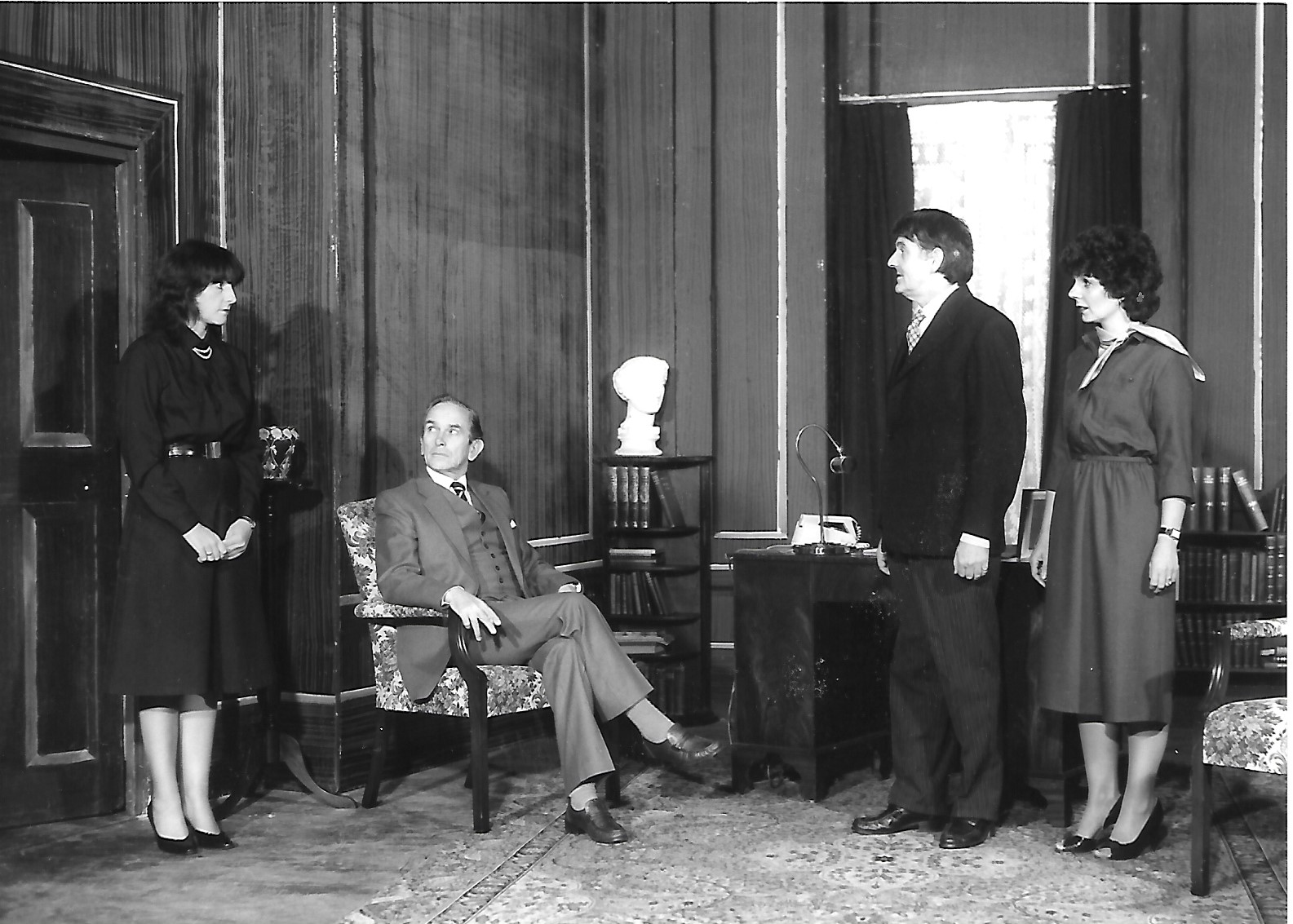 A Southport Dramatic Club production of Murder With Love at the Little Theatre in Southport, with Jackie Iddon, Frank Braithwaite, Don Anderson and Margaret Tarpey in October 1981

The book is a beautifully presented hardback edition and runs to 208 pages and it completes one hundred years of history of the club.

If you would like to purchase a copy, please email book@littletheatresouthport.co.uk

If you would also be interested in reading the predecessor, please indicate this when you get in touch as if there is sufficient interest, this may be re-run!

Please do keep supporting this jewel in Southport’s crown – it would be wonderful to be offering up another slice of delicious history in another 25 years.