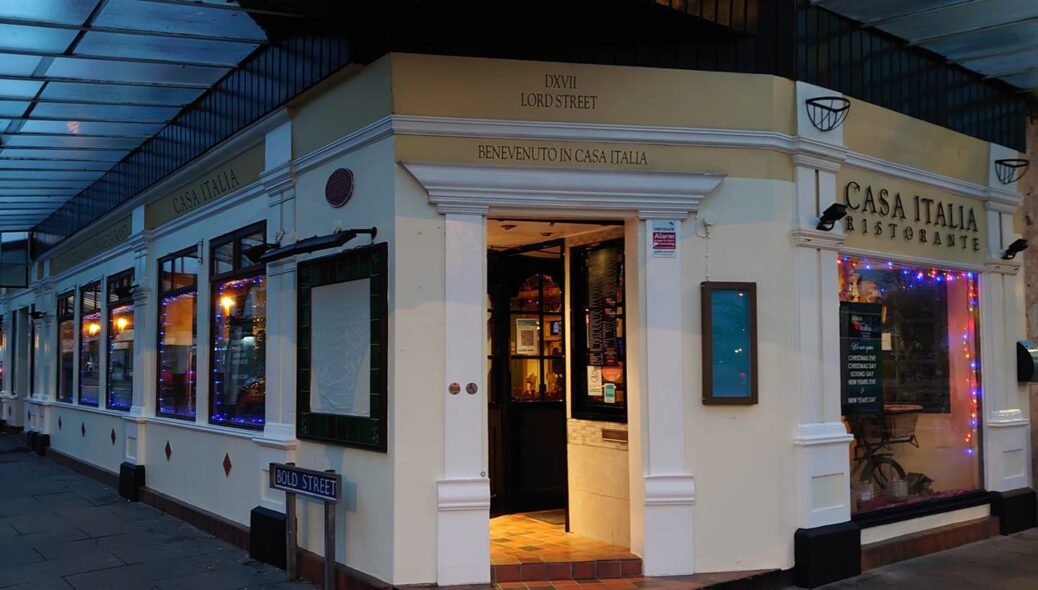 One of Southport’s most iconic restaurants has reopened under new ownership in time for Christmas!

Despite the pandemic, a number of new independent businesses have opened on the main stretch of Lord Street this year.

Casa Italia was originally founded in the 1970s by Erasmo and Eileen Grossi and their family. Mr Grossi recently celebrated his 80th birthday.

The family ran the thriving restaurant on Lord Street for 25 years. They handed over the reins to new owners in 2003.

At the time the venue opened, in 1978, Italian food was something of a novelty both in the town and across the UK.

But Mr Grossi’s huge enthusiasm for his restaurant and his country’s cuisine saw him become a trailblazer for many other restaurant owners to follow.