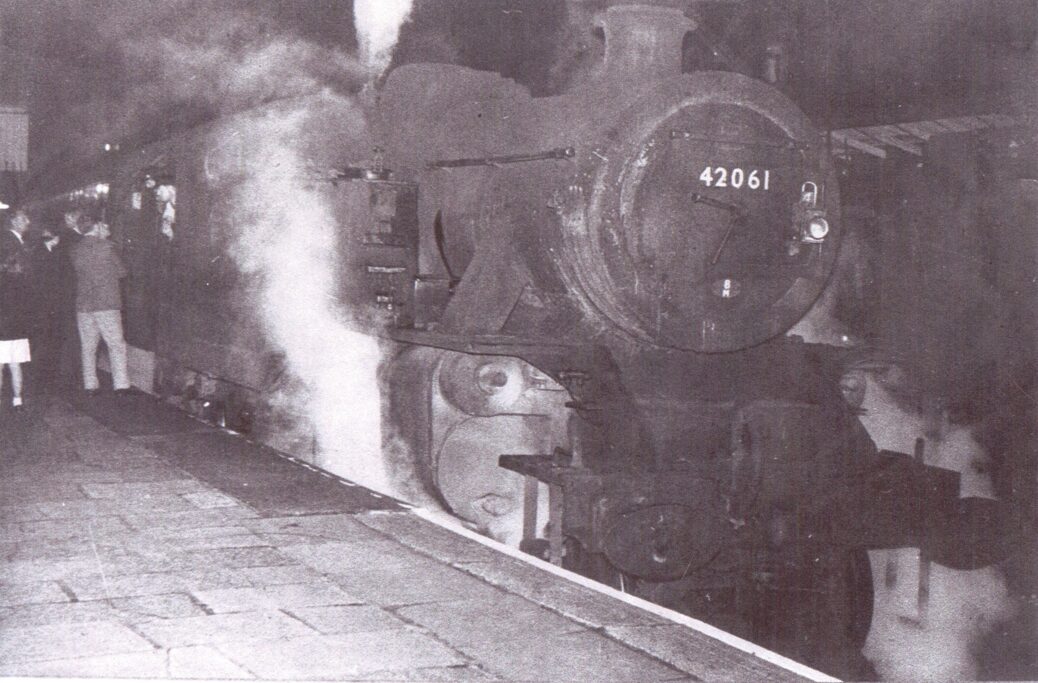 A rail enthusiast and author has recalled the day he travelled on the last train from Preston to Southport.

Keith Hick contacted Stand Up For Southport after reading about Graham Bridge’s memories of the historic final journey, as rail links between Southport and Preston were sadly severed as part of the infamous Beeching Cuts.

A campaign has been taking place recently to restore the rail links between Southport and Preston.

“One slight correction, if I may: the last train to / from Preston was on Sunday September 6th 1964.

“The previous day had seen the final electric service to Crossens because no electric trains ran on a Sunday on the Preston line.

“The photograph shown in the feature shows Lostock Hall’s Fairburn tank 42296 carrying the headboard specially made by the late Alan Castle, carried by various locomotives during the last day.

“I travelled on the last Preston to Southport service, departing Preston station just after 10pm, and I attach a photograph taken which shows yours truly (on the extreme left) chatting to the Engine Driver Ronnie Halsall and his Fireman.

“I am leading an Authors’ Group producing a book chronicling the history of Southport’s railways.

“This is in an advanced stage of production with many tens of thousand words already written, complemented by an extensive photo library.

“The line to Preston ran past my parents’ house in Beresford Drive, hence my interest in railways.

“One of my illustrated talks, The Southport & Cheshire Lines Extension Railway, attracted over 400 people to The Atkinson in Southport in February 2019 – a record for a local history talk.

“I wrote the weekly golf column for the Southport Visiter series between 1983 and 1990 and for a further four years with John Nelson later that decade.

“Here’s wishing Stand Up For Southport continued success and keep up the good work.”

Do you remember travelling by train between Southport and Preston? Do you have any Southport memories or pictures you would like us to publish on Stand Up For Southport? Please message Andrew Brown via Facebook here or email me at: mediaandrewbrown@gmail.com