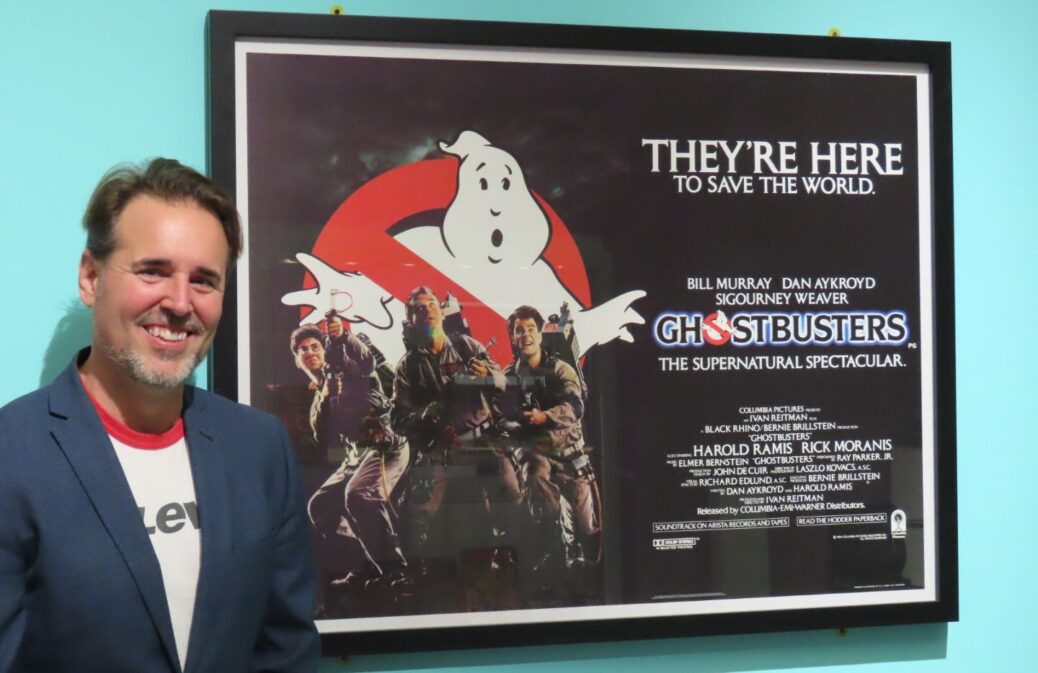 Childhood memories from the 1980s will come flooding back thanks to a brand new exhibition in Southport.

I Grew Up 80s is bringing an Aladdin’s Cave of 80s treasures to The Atkinson in Southport from Saturday, 13th November to 19 March, 2022.

Enjoy rare childhood toys and games from the era such as Cabbage Patch dolls, Care Bears, Smurfs, Gremlins,  and a Rubix Cube; an Atari computer console and games and a Nintendo Game and Watch, movie posters featuring the likes of E.T.; Athena movie posters such as the instantly recognisable L’Enfant; Ghostbusters, Police Academy and The Lost Boys; classic BMX bikes; 80s music; album covers from artists such as Madonna, Michael Jackson and Southport’s very own Marc Almond in Soft Cell.

Bring along your 50p coins and you could play iconic games such as Space Invaders, Pac Man or Donkey Kong on a classic arcade machine.

Or sit back in an 80s themed living room, complete with classic TV shows, furniture, colourful wallpaper, and an old-fashioned TV.

The display will even feature old-fashioned food and drink, with bottles such as Corona Dandelion & Burdock, and sweets and chocolates such as a Lion bar – ‘still only 13p!’ – ; Peanut Treets, Opal Fruits, a Texan bar and a Marathon bar (the proper name, before someone inexplicably renamed it Snickers). 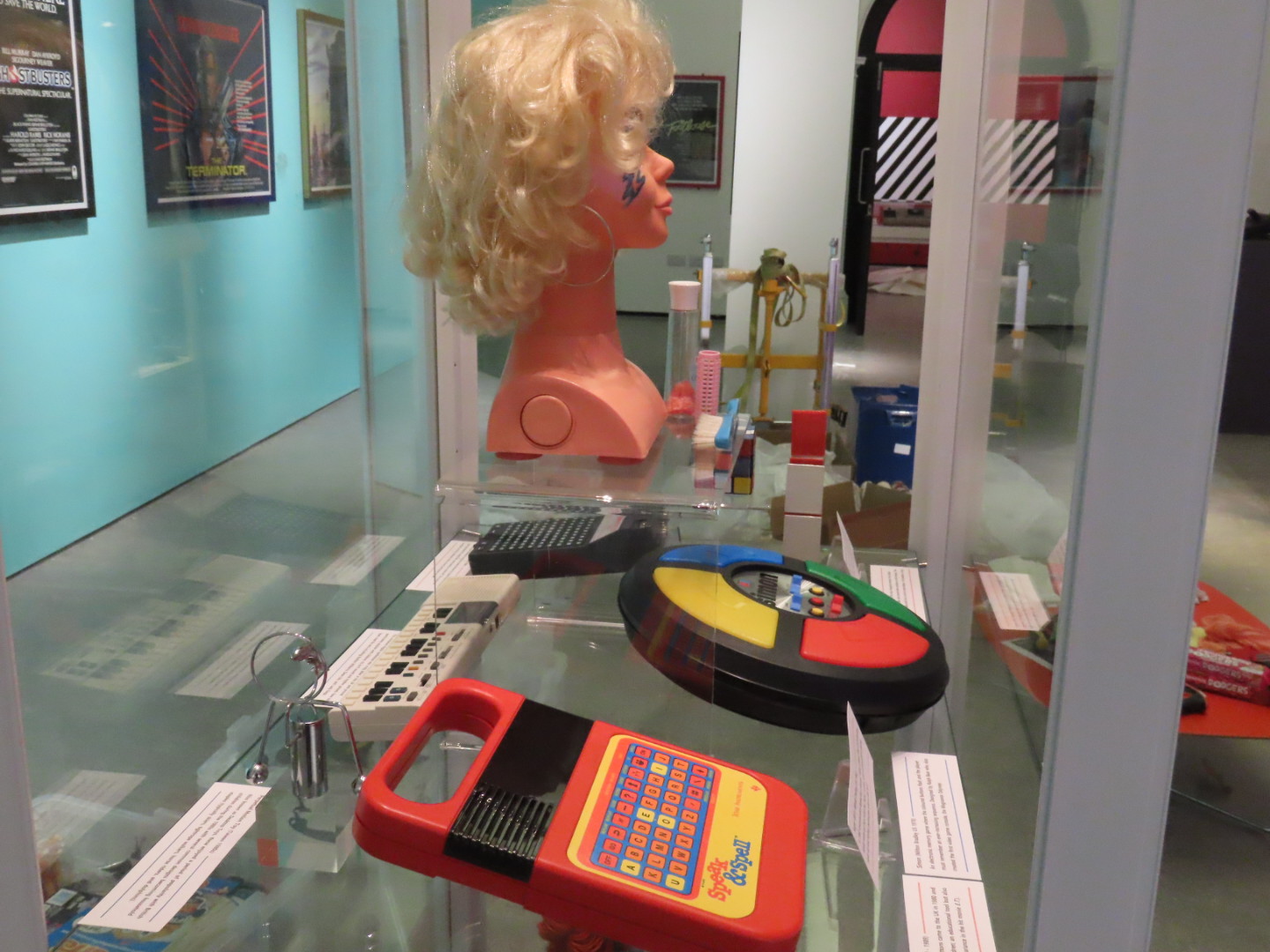 Over 200 treasures will take visitors on a misty-eyed journey from BMX to Betamax, Dirty Dancing to Donkey Kong, Thompson Twins to Transformers. It’s less ‘Back To The Future’, and more back to the past. It’ll be an excellent adventure.

The I Grew Up 80s has already become a huge talking point in the region, something which is only set to grow. Make sure you take a Ferris Bueller’s day off to head down there.

Expect lots of comments such as ‘do you remember when we had one of these’ as younger visitors look on in bafflement at objects such as a Betamax video recorder or a heavy old TV with a tiny screen.

All of us who grew up during the era will express our shock and disbelief that it has now been four decades since the 80s.

The exhibition has been made possible by passionate collector of all things 80s, Matt Fox, who Southport people will recognise after he curated the superb Star Wars-themed May The Toys Be With You exhibition in 2016. He is delighted to be back in Southport.

He said: “Some people say that collecting is a disease, and exhibiting is the only cure! That is definitely true. One in the three people in the UK will admit to collecting things. I guess I take it a lot further than most people! 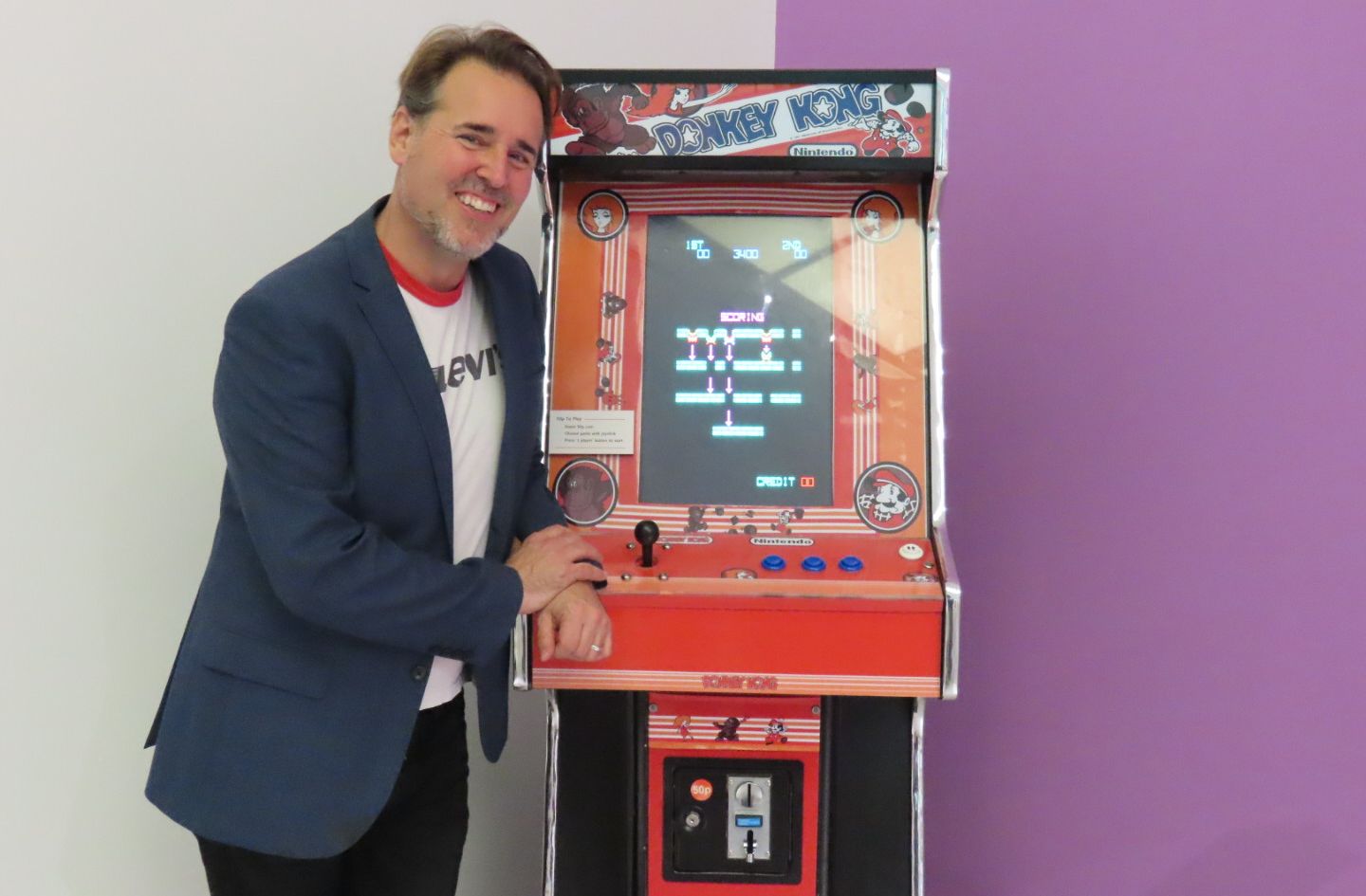 “The last time I was at The Atkinson was with my Star Wars exhibition in 2016. It is lovely to be back here again. I am rather fond of Southport.

“This is a touring exhibition, but this visit to Southport will be the first time that this has been seen in the North West.”

The event will have something for everyone to admire.

Matt said: “We are excited about taking people back to their childhoods in the 80s, it is going to be a great exhibition for both adults and children.

“Much of the time, when the media looks back on the 80s, they focus on things like Margaret Thatcher, the Falklands War or Yuppies!

“This exhibition though is all about childhood memories, and what we all enjoyed when we were kids.

“When you see 80s stuff it is always very colourful, and very creative.

“What I have done is to find objects in mint condition, I wanted them to look exactly like they would have done at the time. It really helps to bring the memories back when people see them.

“With nostalgia, people have become so used to just seeing objects on Instagram, and seeing things as just images.

“This exhibition brings things back to the real world for people.

“Most of the things in the exhibition bring real joy to people. One of the exhibits is a Cabbage Patch Kid, they were extremely popular. Recently we have seen footage of people fighting over goods in shops on Black Friday, but back in the 80s we saw the Cabbage Patch riots, with people fighting over them in shops! It was the first time we had seen anything like that. 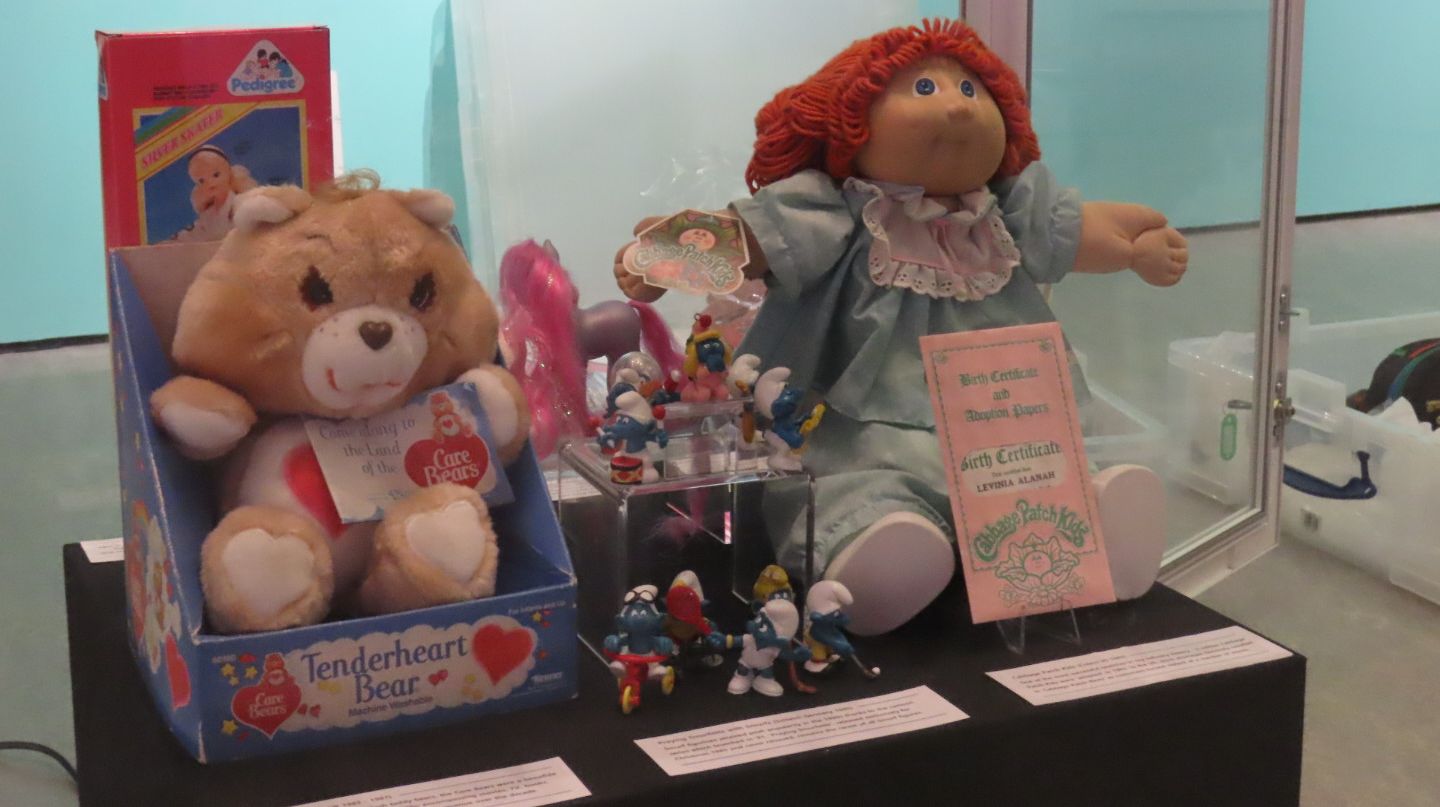 “We have some food items on display such as sweets and drinks. As a collector, these are the hardest things to find. Trying to find something like a Texan bar from the 1980s is not easy!

“My favourite food and drink when I was growing up were sweet cigarettes and Top Deck shandy. Back in the 80s is was alright to give beer and fags to kids!

“The exhibition even has a McDonald’s ashtray, from the days when you could sit in a restaurant and smoke a cigarette while eating a Big Mac. It seems crazy now!

“Also on display is a Sony Walkman, which first came out in 1979. It was a portable cassette player, but it was like the Hoover in that it became so popular that the leading brand became synonymous with the product. Everyone was walking or jogging along with one.

“Now everyone walks around with an iPhone, but back then the Walkman was the first time that people had a piece of technology that they could take out and walk around with. Technology has developed from there. 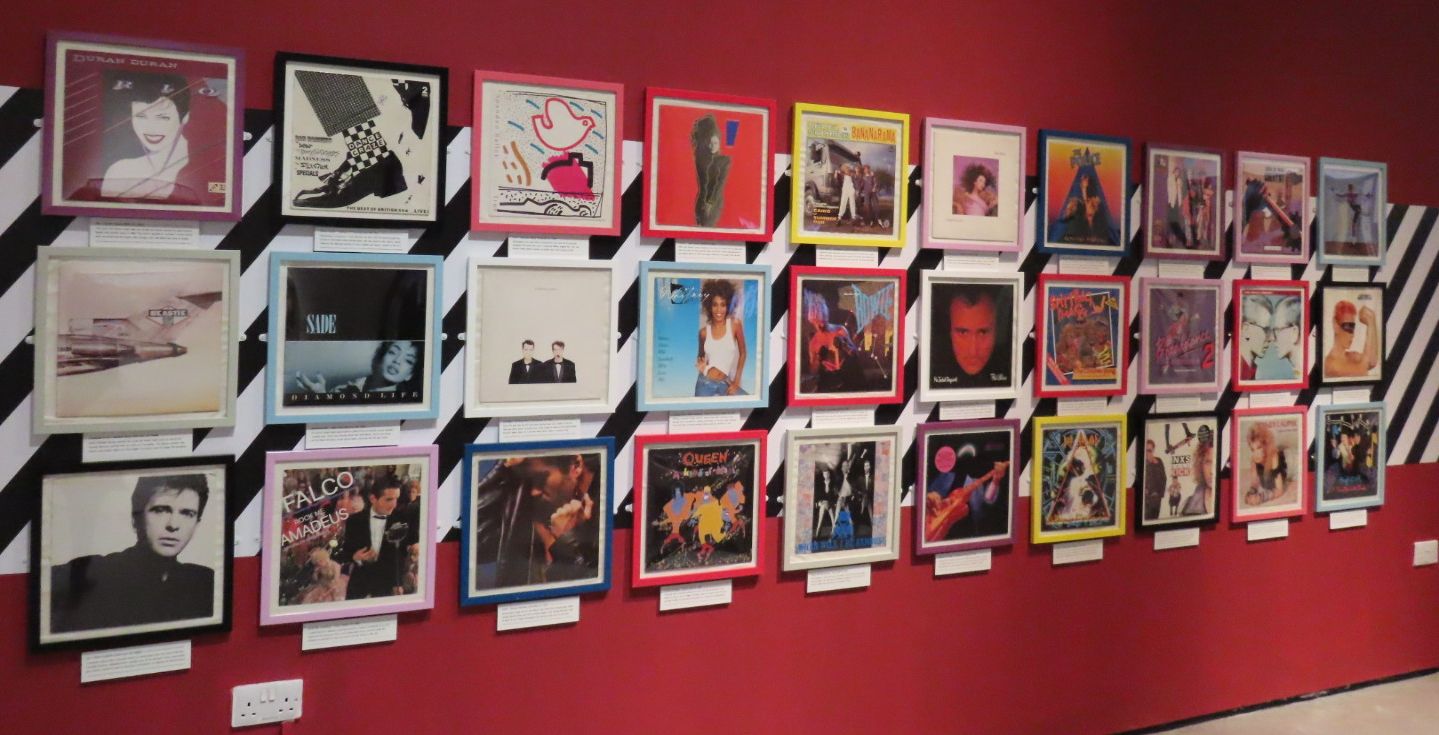 I Grew Up 80s, by curator Matt Fox, is at The Atkinson, on Lord Street, Southport, from Saturday, 13th November to 19 March, 2022. Photo by Andrew Brown Media

“I have brought the first Now That’s What I Call Music cassette tape here too, which was very pioneering at the time, and has gone on to become a huge success. Before it came out, the only compilation albums you could buy were sung by session singers rather than the real artists themselves.

“We have some really great fashion items as well. It wouldn’t be the 80s without a shellsuit! We have things like leg warmers and a rara skirt as well, and some iconic school bags, Head and Puma. All the cool school kids had them!”

This is a decade which Matt remembers well. Aged 49, he is someone with fond memories of the era.

He said: “I was aged between eight and 18 years old in the 80s, so they were really formative years for me! They were the best years of childhood growing up.

“When I was younger I used to work in cinemas, including in the Picture House in Oxford. I have a particular love of 80s movies.

“There are some superb movie posters in the exhibition. They are one of the more collectable objects. 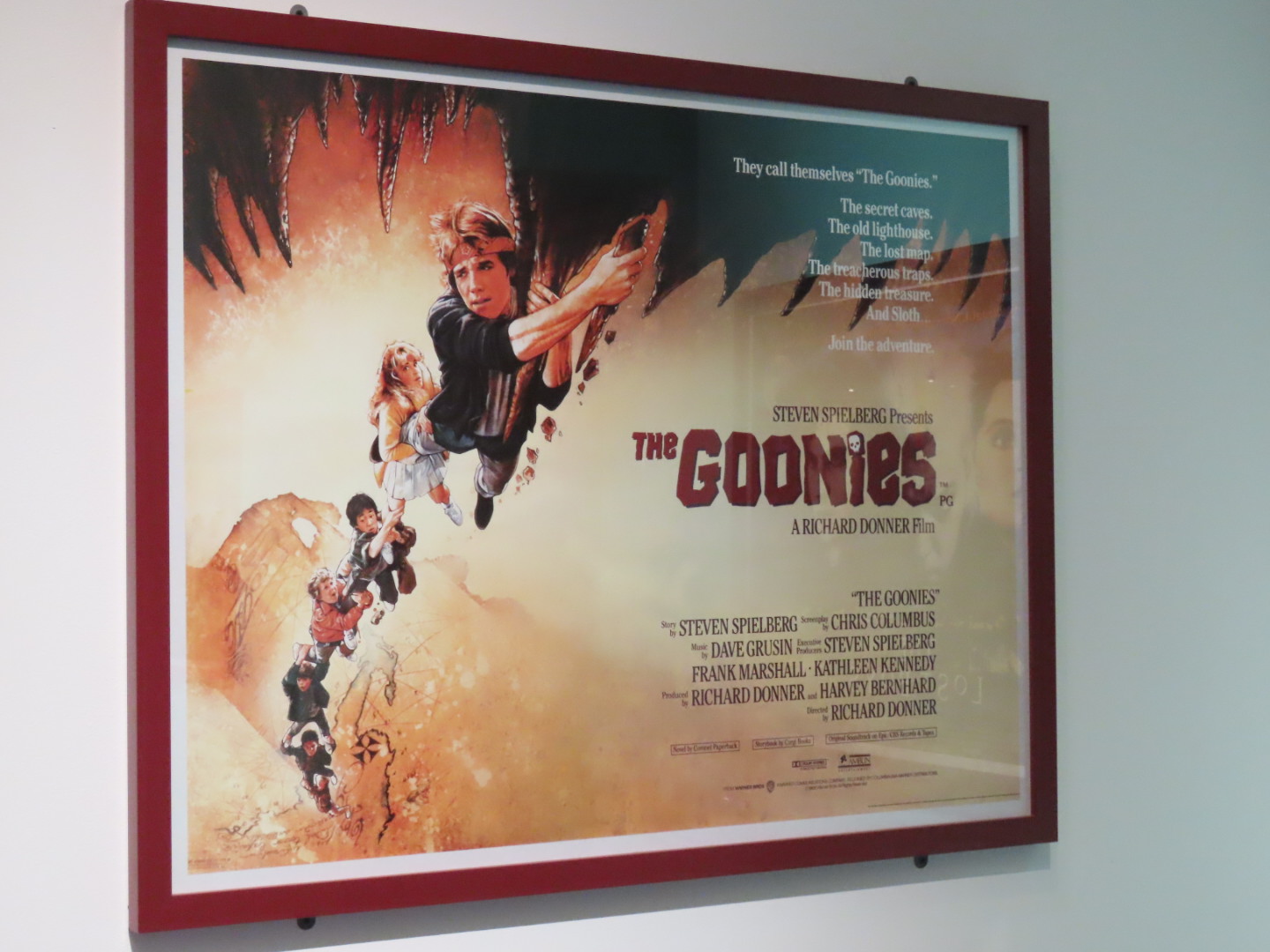 “They are amazing. They were created pre-Photoshop, so most of them were hand-painted and were beautiful pieces of work in their own right.”

The movie posters on show at The Atkinson will bring back some great memories, with favourites such as: The Goonies, Ghostbusters, Raiders of The Lost Ark, Trading Places, Dirty Dancing, Footloose, Police Academy, The Lost Boys, The Terminator, A Nightmare On Elm Street.

Want to feel old? Another movie poster from the 80s shows Escape From New York, set in the futuristic time of 1997! Prince used to sing about how he was going to party ‘like it’s 1999!’. It seemed an age away at the time.

Matt said: “There were so many brilliant 80s movies. It was a great time to be a child!

“The 60s and 70s produced a lot of challenging, I would say almost discouraging, films.

“Then Star Wars arrived, and movie companies realised that what people really wanted was entertainment.

“Then came some great adventure and action movies, such as Raiders of the Lost Ark with Indiana Jones. There was a real sense of fun through all these films. 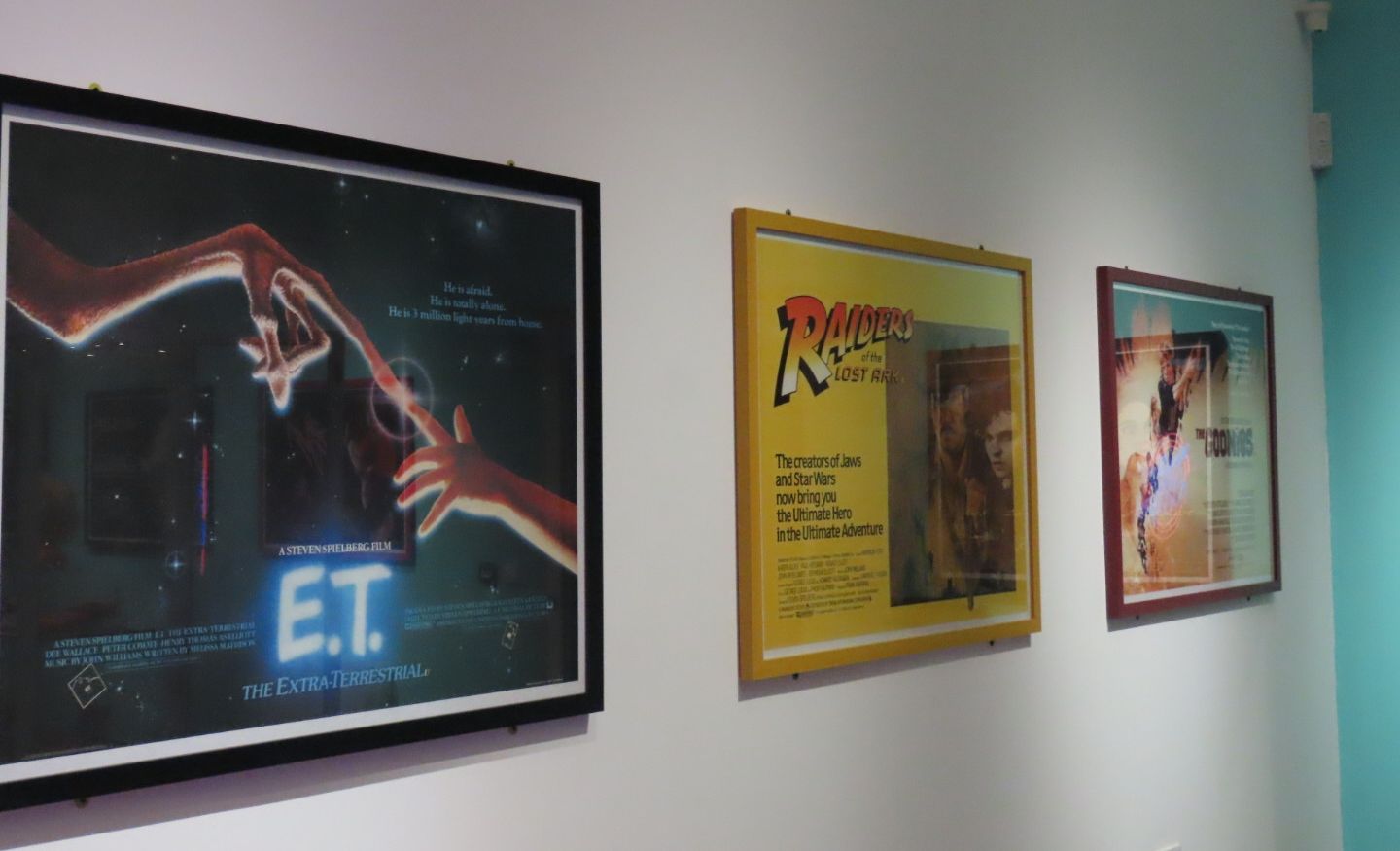 “There were movies too that were very aspirational, that showed if you worked hard you could succeed in life, such as Footloose, The Karate Kid or Rocky.

“With E.T., it was looking at suburban life where something extraordinary happened, a little like the Harry Potter films which came later.

“Of all the movies in the exhibition, I would say E.T, was my favourite growing up. That film sparked a real craze for BMX bikes at the time!

“We have some superb BMX bikes here in the exhibition too. In the 80s, if you didn’t have a BMX bike, then you aspired to have one.

“The most expensive things I have in the exhibition are the BMX bikes. They are really collectable, and sell for £1,000 plus if they are in good condition. 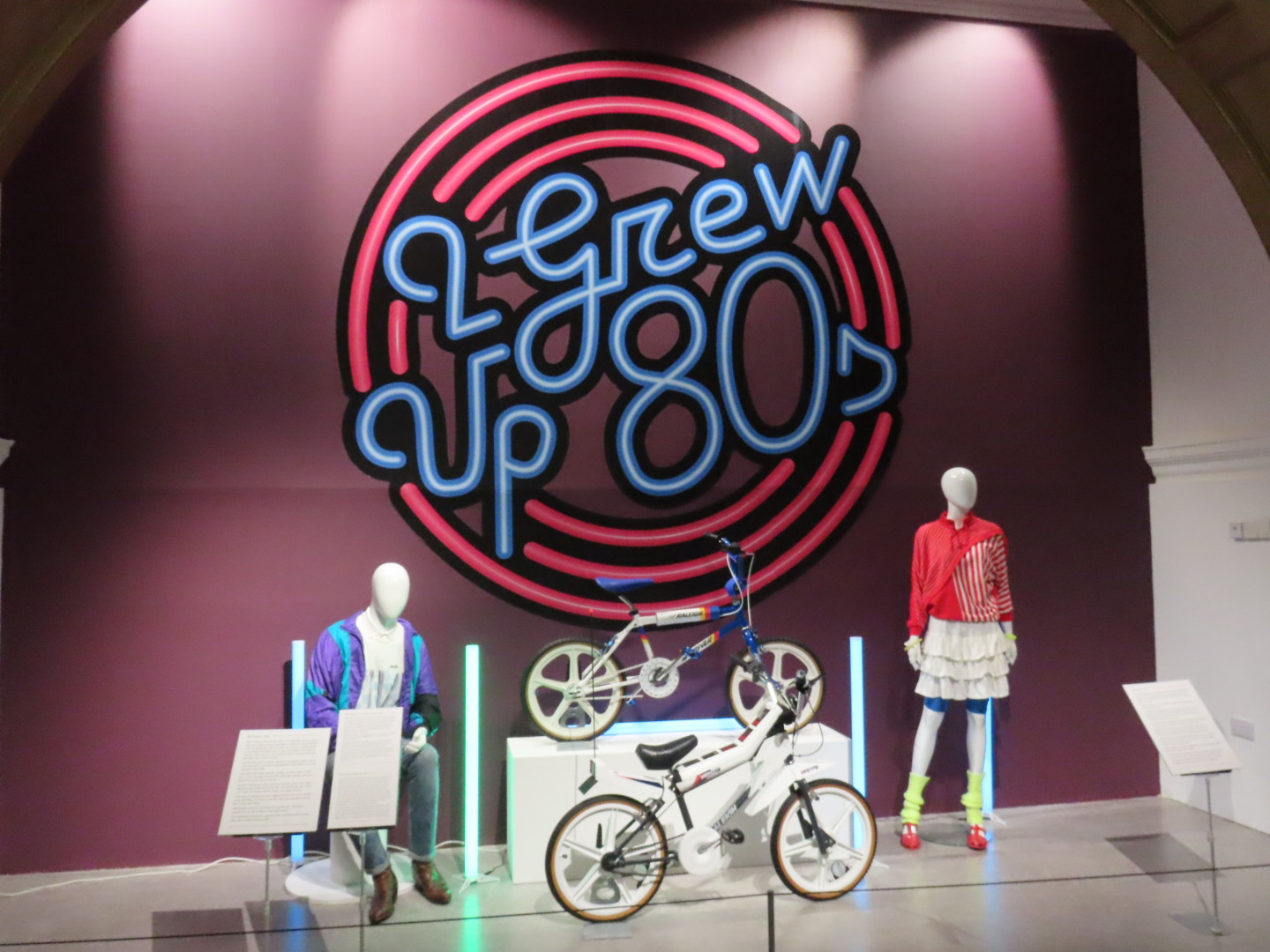 I Grew Up 80s, by curator Matt Fox, is at The Atkinson, on Lord Street, Southport, from Saturday, 13th November to 19 March, 2022. Photo by Andrew Brown Media

The galleries at the Atkinson are wall-to-wall with amazing treasures from years gone by. As a collector, Matt Fox appears as a man who has everything.

But there are still a couple of collectable holy grails out there which he is eager to find – and from everything from the 80s, they may surprise you what they are.

He said: “I have an Etsy ‘saved search’ for Um Bongo, and Five Alive!

“I can’t find them anywhere!

“Good condition food and drink from the 1980s is not easy to come by.”

People are also being asked to submit their own photos of the 80s, which may play a starring role in the exhibition.

Did you have a Polaroid Camera, Kodak Ektralite, Canon AE-1?… Staff at The Atkinson in Southport would love to see your iconic 80s photos; the fashion, the hair, the memories! Please tag them on social media or email your photos to info@theatkinson.co.uk. They will display their favourites in the galleries.