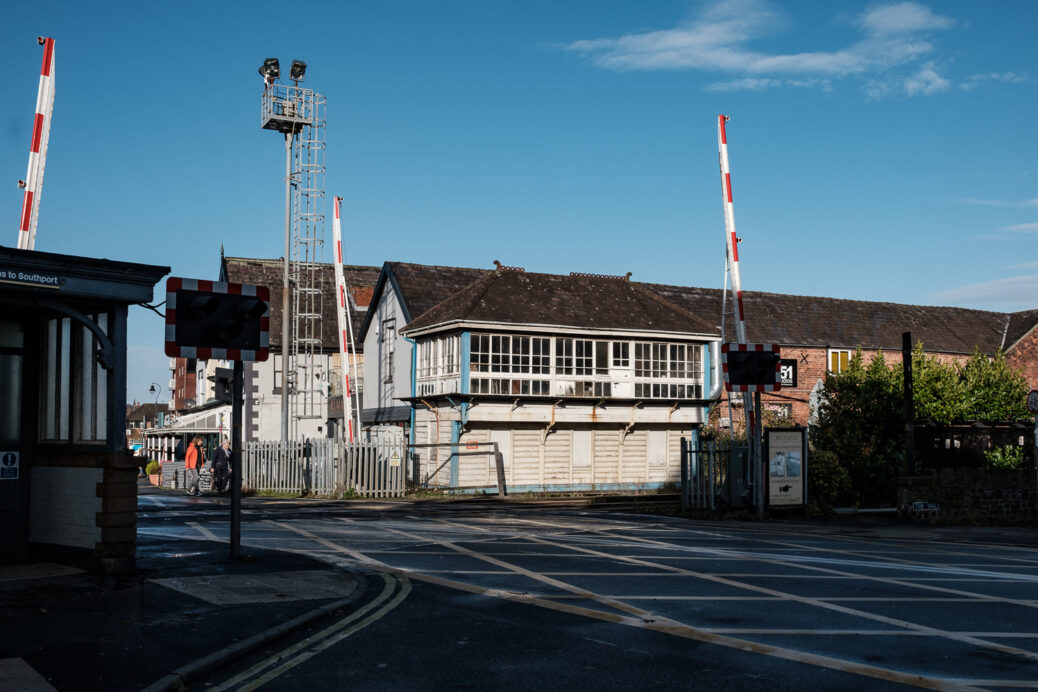 One of the most historic railway landmarks in Southport is to undergo “essential” renovation in order to secure its “long-term structural preservation”.

The Grade II Listed Birkdale Signal Box, near Birkdale Railway Station, was built in 1905 and has great heritage value in telling part of the story of the historic former Lancashire and Yorkshire Railway.

But in recent years the 117-year-old signal box has become dilapidated and worn, with peeling paint and concerns over its condition.

Network Rail has now submitted a Listed Building Consent planning application to bring the beautiful structure back to its former glory, which will include essential repairs and the installation of security fencing.

The signal box is located to the immediate north of Birkdale Railway Station, to the northern side of the level crossing carrying Weld Road over the Liverpool to Southport railway line. The Signal Box was Listed at Grade II in November 2013.

Read More: Birkdale Signal Box is a 115-year-old hidden gem we must look after

In its application, Network Rail said: “The signal box can be said to provide both aesthetic value, as a consequence of its architectural qualities, including the retention of existing features such as original windows, lever frame etc, and historical value as to how the Lancashire and Yorkshire Railway was originally conceived and constructed.

“Having regard to the structure’s historic value, the Historic England document ‘Designation Listing Selection Guide: Transport Buildings’ (2017) sets out four ‘ages’ of railway construction which, in descending importance, is as below:

“Given the construction date of 1905, it is apparent that the structure stems from the fourth ‘completion’ phase of railway construction. Therefore, although not amongst the oldest of historic railway structures on the network, there is nevertheless noteworthy historic significance attributable to it.

“As noted in the List Description, the signal box is a ‘rare surviving example of the hipped roof style of Lancashire and Yorkshire Railway signal box’.

“Network Rail is proposing to undertake a programme of repair work to the signal box. This is needed due to various elements of the structure showing signs of deterioration, which is resulting in the signal box appearing as unsightly.

“The Signal Box requires full external refurbishment in order to preserve the structural integrity of the building and prevent further degradation.”

The scope of works consists of:

Network Rail said: “The package of repair works proposed are all essential to ensure the weatherproofing and long-term structural preservation of the signal box. They will be undertaken using historically-appropriate materials, and carried out using sensitive methodologies.

“The works, including the replacement timber cladding, doors and staircase,  will all enhance the visual appearance for the listed structure, and by extension the setting of the Conservation Area.

“Doing so will facilitate an appropriate and sustainable continued future use of the signal box in its original purpose.

“It is considered that the works proposed are respectful to the character and appearance of the Listed structure.

“The proposed works which are essential to ensure the longer-term preservation of the signal box will be carried out in a sympathetic manner that harmonises with the context of the surrounding Conservation Area.”