Four in a Bed: The Stamford does Southport proud as owners look forward to reunion

Home Four in a Bed: The Stamford does Southport proud as owners look forward to reunion 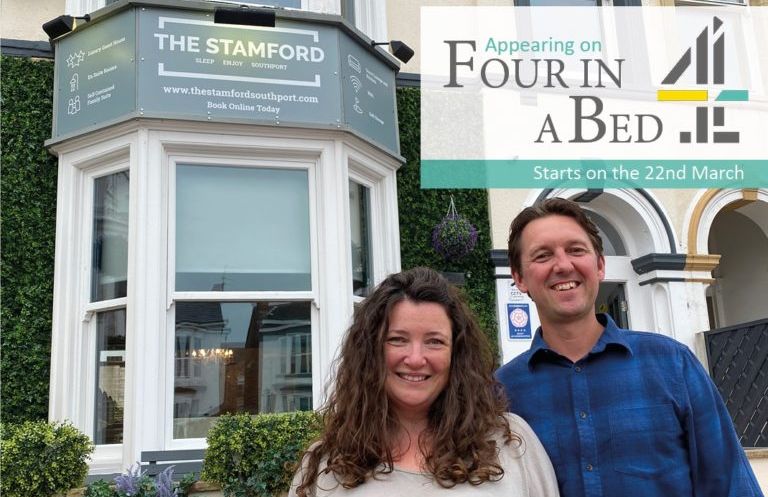 Owners of The Stamford guest house in Southport have thanked people for their support after their starring roles on Channel 4 TV  series Four in  Bed this week.

The Stamford was praised for its stylish rooms, cleanliness, its proximity to the town centre and amenities like the beach.

Many also loved their idea of an automated self check-in, and that they didn’t cook breakfast on site, instead directing guests to any one of a number of great restaurants and cafes they have on their doorstep.

A great way of supporting neighbouring local businesses, they took the other contestants to The Firepit restaurant on West Street, Bistrot Pierre on Lord Street and Southport Footgolf, which all featured in the show.

Carl and Sharon from Driftwood Luxury Lodges scored The Stamford top marks, paying the full 100% on their bill. The Grantham Arms and The Fauconberg Arms, which finished second equal, both knocked money off their bills.

The self service check-in at The Stamford wasn’t for everyone, with both contestants from across the Pennines showing true Yorkshire thrift by knocking money off for the hosts not being on-site 24/7 and for not cooking breakfast themselves – despite Ricky and Sarah taking their guests for a delicious breakfast at the Bistrot Pierre restaurant just two minutes’ walk away from The Stamford.

Sarah Blaney said: “We have loads of really nice emails and direct messages this week, and lots of positive comments from people on social media, and we would like to thank them for their support.

“They include messages from other guest houses in Southport, from Anthony at Southport Hotels Association, from Barbara at the Captain’s Quarters guest house, and others. They have been amazing people.

“We have had lots of messages, and bookings, from people saying that they love the look of The Stamford and really like our idea of having a self automated system allowing guests an easy, modern and relaxed way of checking in.

The Stamford guest house in Southport

“There are lots of different types of hospitality, the way we operate ours works very well for us and our guests, who come and visit us from all over the world.

“If they are in our guest house, talking to me and Rick and not getting out and experiencing all the amazing things that Southport has to offer, then I would find that wrong.

“Rick and I would love to congratulate The Driftwood Luxury Lodges and Carl and Sharon for winning Four in a Bed this week, we loved their place.

“On Four in a Bed, Carl kept saying how he’d had such a great night’s sleep at The Stamford, and how comfy the mattress and pillows were. That’s something our guests tell us to, and it’s something we’re really proud of.

“We have had people phoning us up asking where we get our mattresses and pillows from! To us, a great night’s sleep is so important.

“Four in a Bed showed off Southport really well. The filming took place on a really hot day with bright blue skies. Southport is such a beautiful town. The architecture here is stunning and there are so many superb attractions, great events and so many things for people to do here. It will be great to see the resort buzzing again after lockdown.

“We got on really well with the owners of all the other venues. We are now all looking for a time after lockdown when we can get together and reminisce about the show.

“We are all friends and all in the same industry together.

“It has been really nice having all their support.” 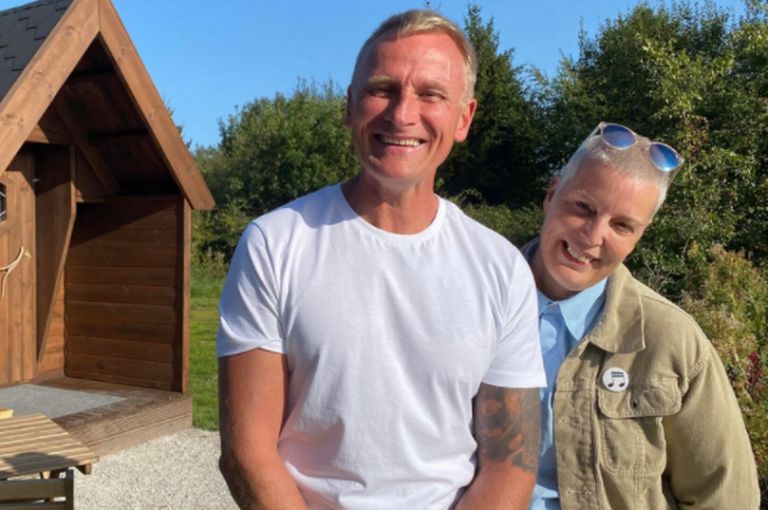 Carl Insley and best friend Sharon OLove at Driftwood Luxury Lodges, a glamping site in the picturesque village of Dale Abbey in Derbyshire, starred in Four in a Bed on Channel 4

The Stamford, and the other venues in the show, are now looking forward to being able to open their doors and welcome guests once again after lockdown.

The Stamford will open from Monday, 12 April, just the apartments only, with the rest of the guest house including the kitchen area and golf caddy area from Monday 17 May, all being well under the roadmap restrictions.