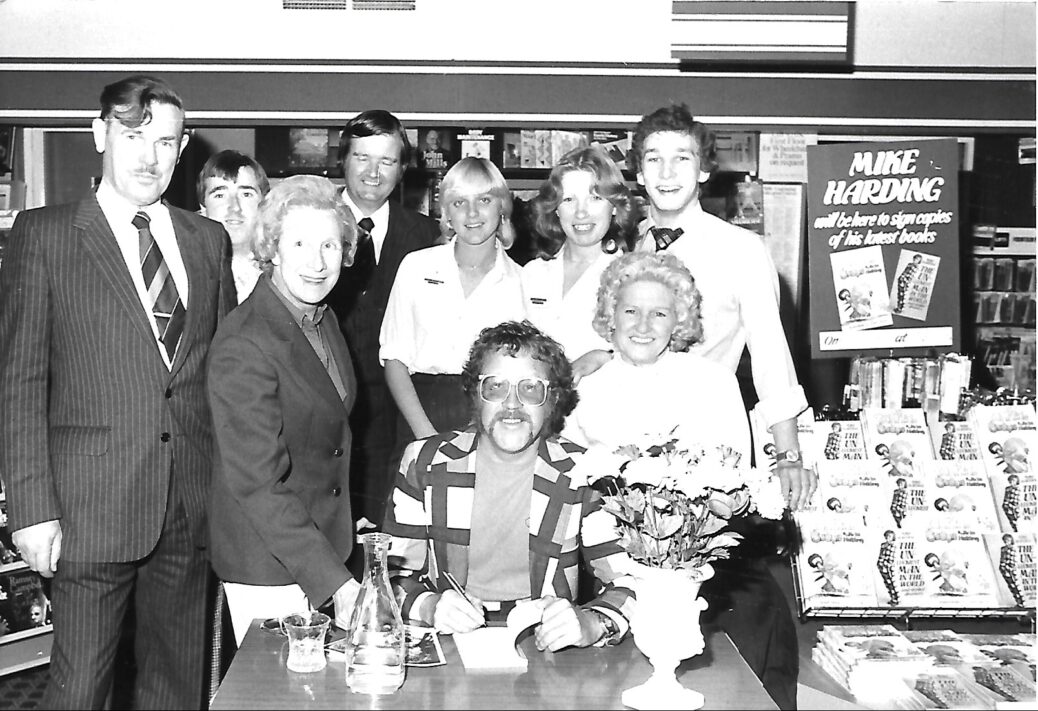 Were you a fan of English singer, songwriter, comedian, author, poet, broadcaster and multi-instrumentalist Mike Harding in the 1980s?

This picture shows Mike in Southport signing copies of his latest books in Southport in October 1980. Can you spot where he is? Did you get a book signed by him?

His visit was in good time for Christmas presents for people that year!

Mike Harding began performing as a folk singer and as a member of several local Manchester bands in the 1960s. He began telling jokes between songs, eventually extending them into longer humorous anecdotes which became the main focus of his act.

He released his first album, A Lancashire Lad, in 1972, followed by Mrs ‘Ardin’s Kid in 1974. In 1975, the single release of “The Rochdale Cowboy” reached No. 22 in the UK Singles Chart  and brought him national attention.

As a stand-up comic he made several series for the BBC and appeared on numerous television and radio programmes. He also played rock and rolll with his band, the Stylos, with the Lowe Brothers. He has had many albums and singles released, whilst the latter included “Man ‘nited Song”.

Mike Harding composed the music scores for Danger Mouse, Count Duckula, The Reluctant Dragon, and The Fool of the World for Cosgrove Hall Films.

As well as being an acclaimed musician and comedian, he wrote The Armchair Anarchist’s Almanac, a humorous A to Z book; two collections of anecdotes, jokes and songs entitled The Unluckiest Man in the World and The 14½ Pound Budgie; and a comedy/thriller/fantasy, Killer Budgies. 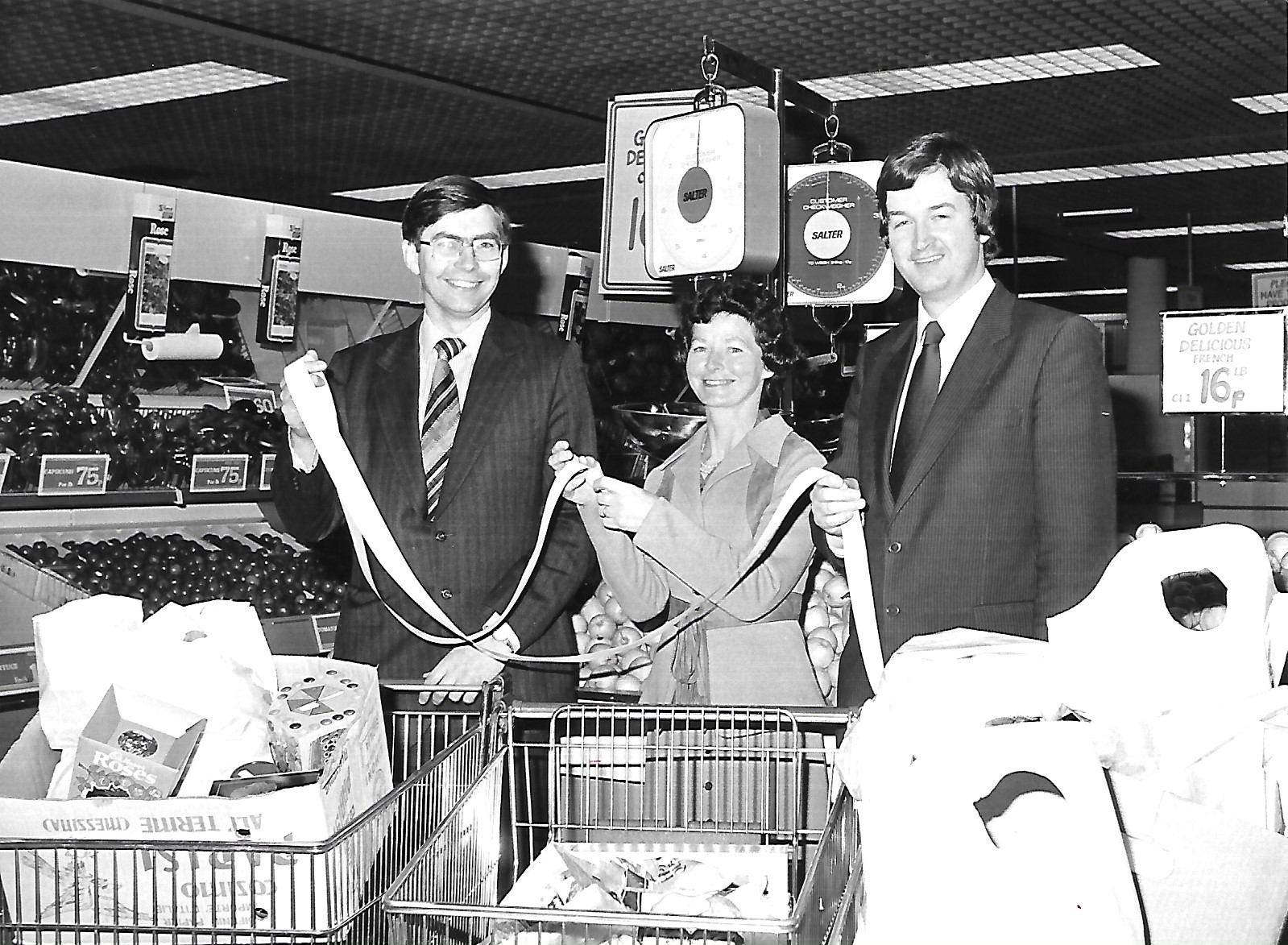 Our next picture shows a ‘Smash and Grab’ event taking place at the Mainstop supermarket on Tulketh Street in Southport in March 1981. Do you recognise the three people pictured? Did you used to shop at Mainstop?

The supermarket went on to become Morrisons supermarket and later Waitrose, and is now the site of the Sports Direct / Flannels / USC / Everlast gym complex. 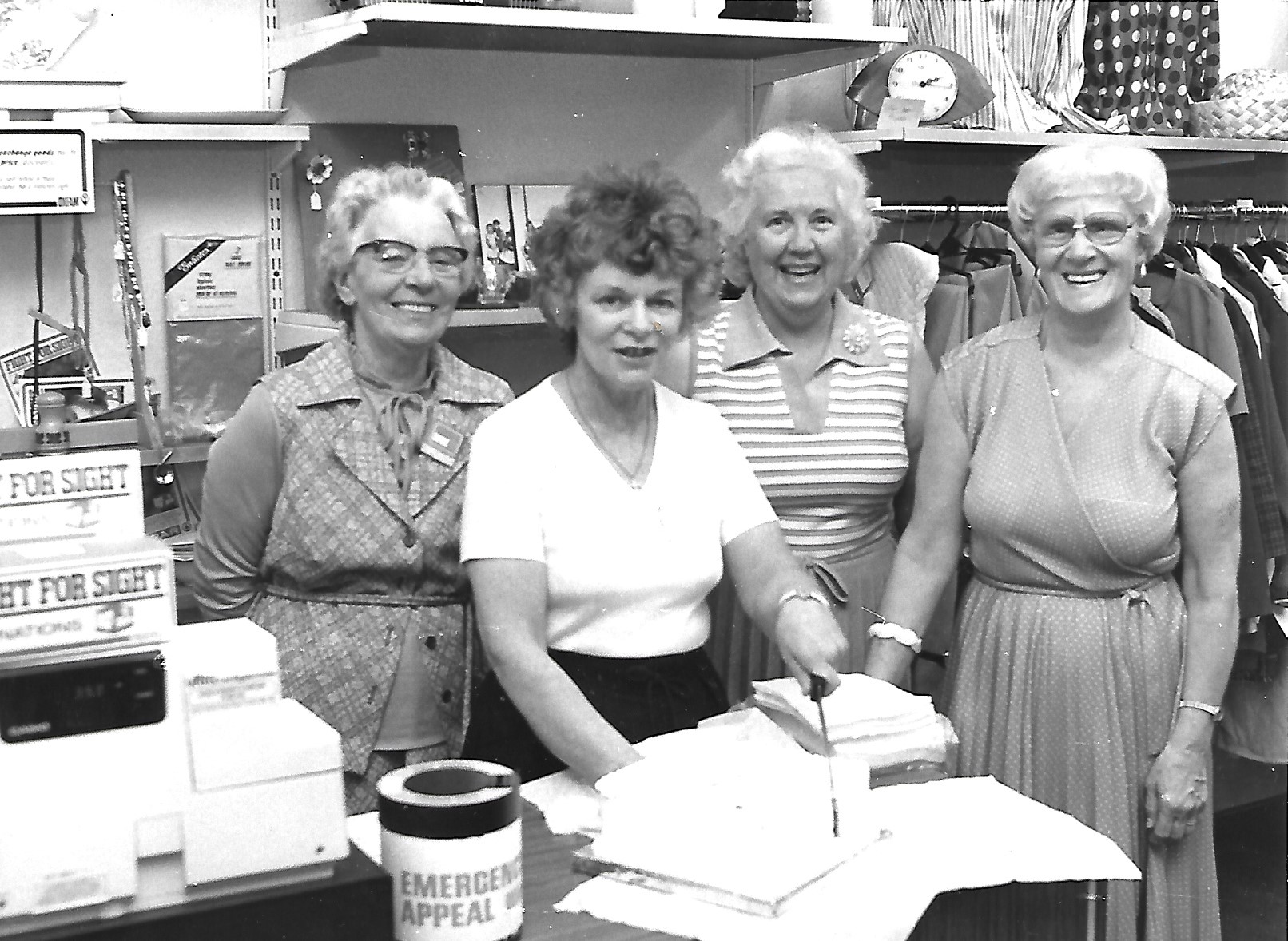 Here, Oxfam volunteers gather at the Oxfam shop in Southport in June 1983. 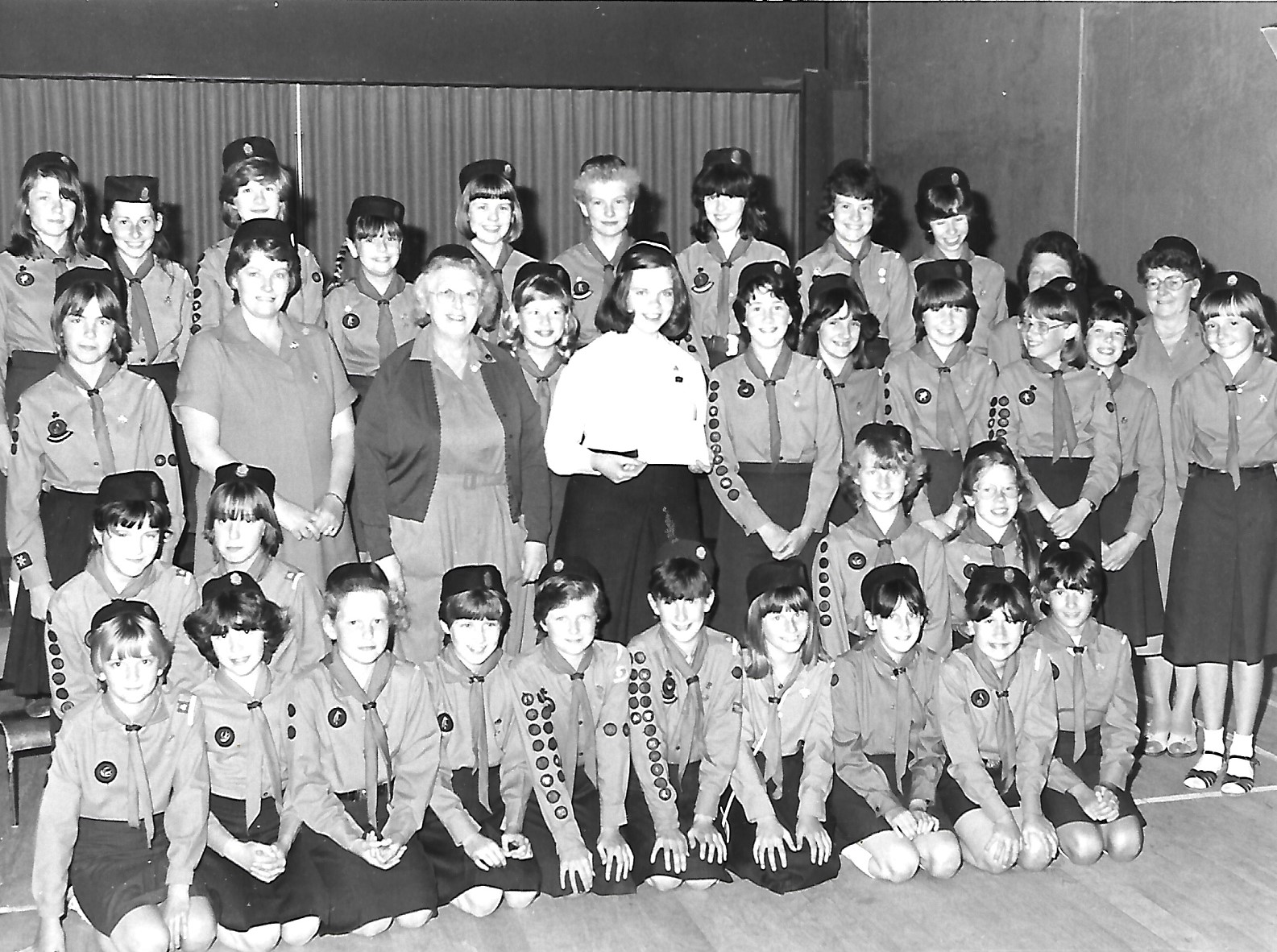 The URC Guides Group in Birkdale in June 1983

Next we have an image of the URC Guides Group in Birkdale in June 1983.

They look to be a busy group – there are some Girl Guides with some impressive collections of badges on there! 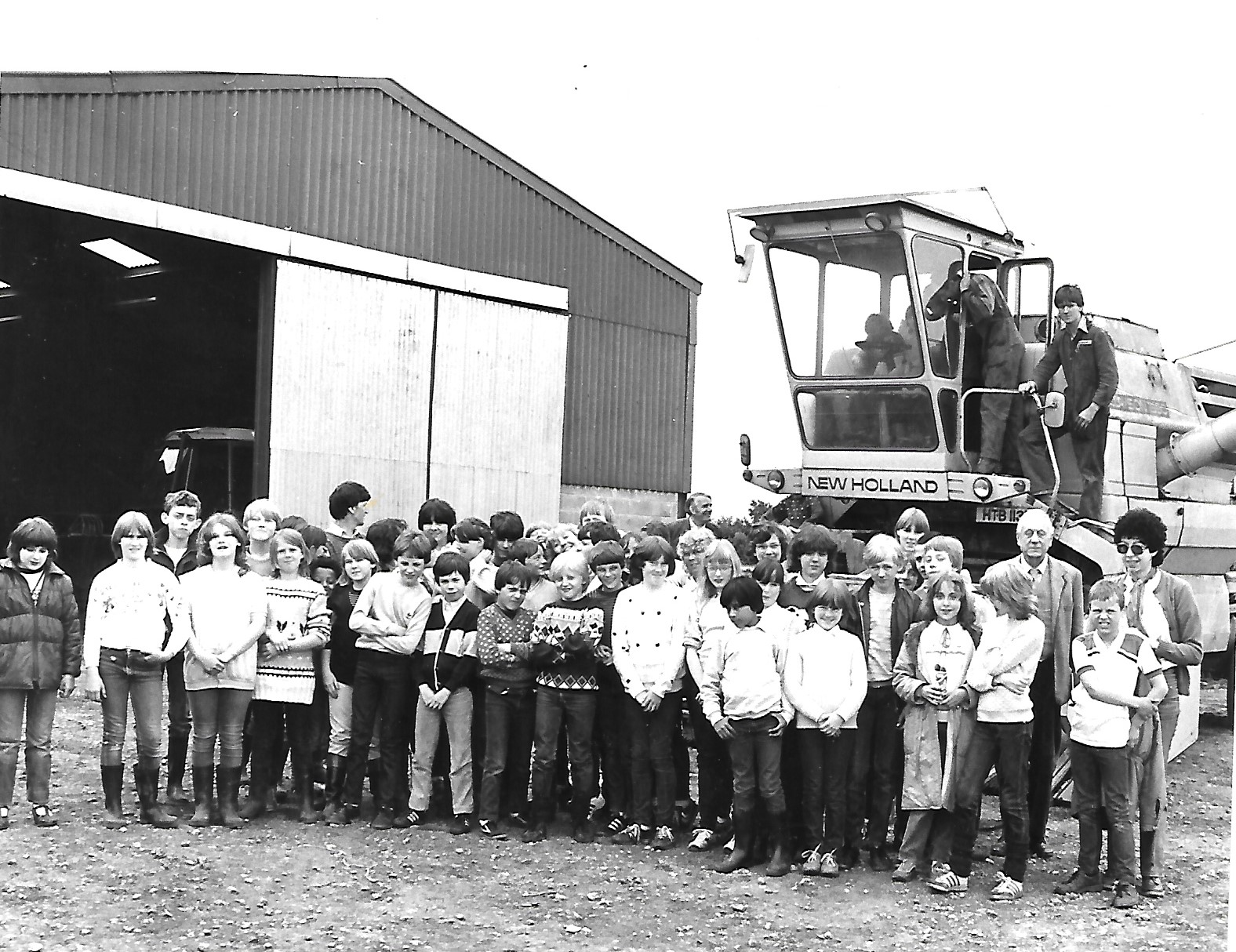 A huge barn is behind this group of youngsters, who are posing in front of a New Holland combine harvester. 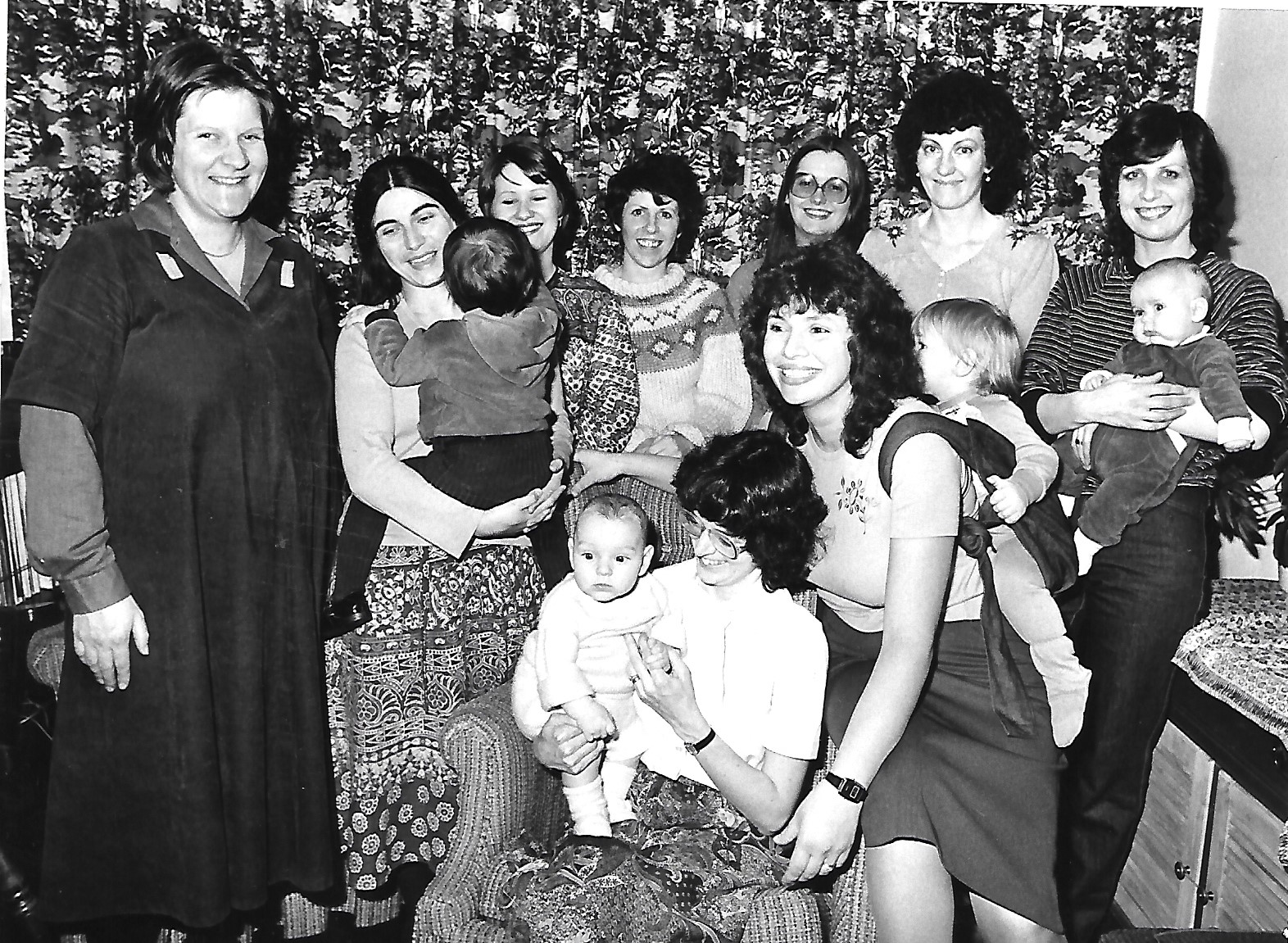 A Mothers’ Help Group in Southport in January 1982

Our final picture shows mums and their children in Southport 40 years ago – in January 1982 – at a  Mothers’ Help Group meeting.

Are you one of the mums or toddlers pictures?

If you would like to share your old memories or old pictures of Southport please email me at: MediaAndrewBrown@gmail.com