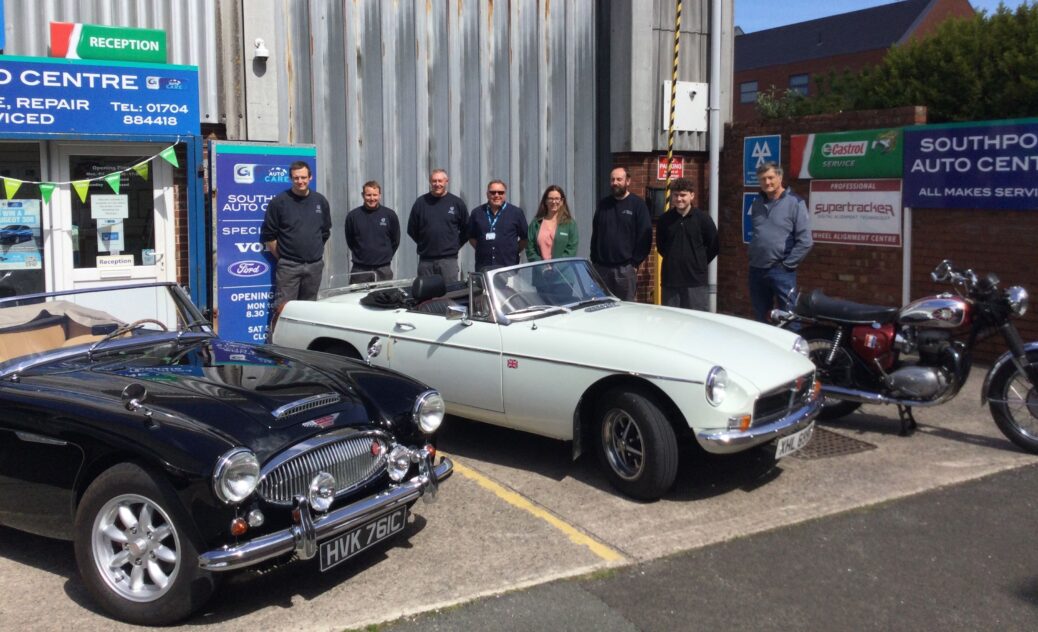 Southport Auto Centre is staging a classic car and motorcycle display to raise funds for Macmillan Cancer Support and the Southport Cancer Information and Support Centre.

The charity fundraiser will be held on Saturday, 31st July, from 10am – 4pm, at their centre on Wright Street, behind Southport College, which will be closed off to traffic.

Among the automobiles on show will be a three-wheeled Messerschmitt bubble car and the recently restored Schofields lemonade truck. There will also be a Smokey and the Bandit car (Pontiac Firebird Trans Am) and an E-Type Jaguar.

Also on display at several nearby car parks will be Harley Davidson’s, stationary engines and other forms of transport, while Warrington Scooter Club are expected to attend on the day and show off their Vespas and Lambrettas.

Chris Regan, and all the staff at Southport Auto Centre who are organising the charity day, said: “Lots of charities have been impacted by a drop in donations due to the pandemic, and a lot of our customers have been supported by Macmillan and the Southport Centre and also volunteer for them, so we wanted to try and raise as much money as possible for the charity.

“This will be our third, and biggest, charity event to date and all the team here at Southport Auto Centre have worked so hard to arrange so many varied and interesting vehicles for the display, which promises to be a great day out for all the family, whilst also raising vital funds for such a worthy cause.”

On the day there will also be refreshments and a raffle, for prizes including a signed TT leather jacket and unique Castrol Oil drum furniture, as well as items for sale such as Honda Racing BSB coats, fleeces and caps.

The Southport Information and Support Centre relocated from Stanley St to Wright St at the end of 2020, and the new Centre will be open on the day and staff and helping to support the event.

Nicole McIlveen, Macmillan’s Area Fundraising Manager for Merseyside, added: “Macmillan is almost entirely funded through donations from our supporters, and we can only be there for people thanks to the fantastic efforts of fundraisers and charity events like this one arranged by Southport Auto Centre. The event promises something for all the family and the proceeds will help make such a difference to people living with cancer.”