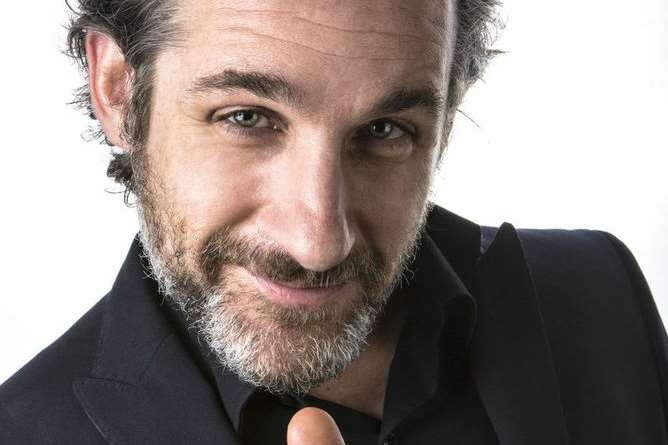 Another top name has been announced for the 2021 Southport Comedy Festival:

Tom Stade: You Ain’t Seen Nothing Yet

The kids have moved out and it’s the dawn of a new era! Tom’s embracing change with his usual spirit and irrepressible sense of mischief; what’s coming is way better than what has gone!

“For energy think Porsche 911: 0-60mph in 2.9 seconds. Wouldn’t be out of place in an arena. Career-wise he’s just getting into his stride.” –Mail on Sunday

“Swagger of a rock star, charisma of a talk show host. Hilarious. See for yourself before the secret gets out.” –Warrington Guardian

Canadian émigré Tom Stade has earned a reputation as one of the most distinctive and engaging stand-up talents around.

Arriving in the UK back in 2001, he instantly made a splash on the circuit with his magnetic stage presence and first-class storytelling. He chose to make the UK his home, and after many years as a headliner and playing at international comedy festivals around the globe, he is now firmly established as a leading touring act and has amassed a legion of loyal fans along the way.

A prolific and innovative talent, Tom is a regular at the Edinburgh Festival; and has toured the UK with a brand-new show every year since 2011, playing to packed houses and garnering rave reviews.

His latest solo show You Ain’t Seen Nothing Yet is set to tour again extensively across the UK throughout 2021 and 2022.

Tom’s irrepressible charm translated effortlessly to TV, and he has been invited onto every major stand-up TV show in the country.  He has performed on BBC One’s The John Bishop Show and has performed twice on BBC One’s Live at the Apollo.  He performed to his largest live audience to date joining the star-studded line-up on Ch4’s Comedy Gala at London’s 02 Arena.

He has also performed on Michael McIntyre’s Comedy Roadshow and Lee Mack’s All-Star Cast, both for BBC One, Edinburgh Comedy Fest Live for BBC Three and The Boyle Variety Performance for Ch4. Tom has performed twice on Ch4’s Stand-Up for the Week, was given an extended set on Dave’s One Night Stand and has also guested on BBC 2’s topical panel show Mock The Week. Other stand-up appearances include Comedy Central’s The World Stands Up, ITV2’s Comedy Cuts and multiple performances on Comedy Central’s The Comedy Store.