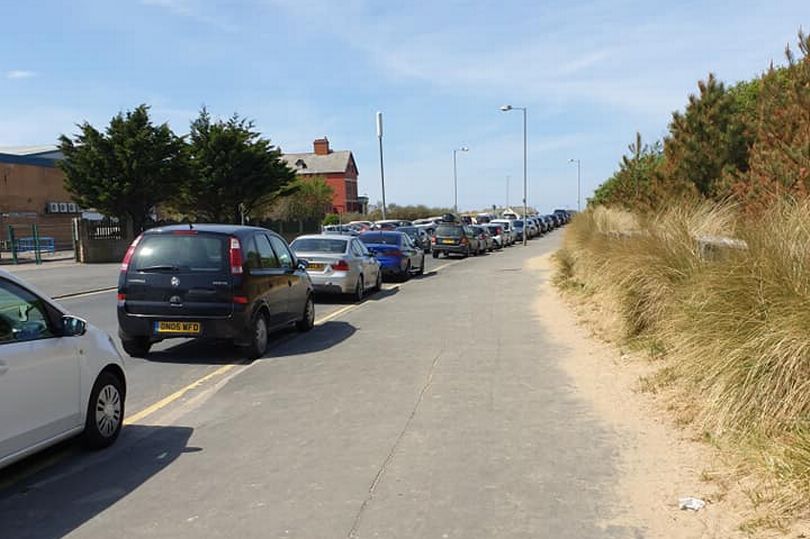 Calls have been made to formulate a new plan for tackling visitors to beaches in Southport, Ainsdale and Formby.

Sefton Council has urged people to stay away from local beaches, including launching a ‘Wish You Weren’t Here’ campaign.

But their pleas were ignored last weekend as thousands of day trippers drove from as far away as Birmingham, Manchester and Wigan to enjoy some time at the seaside.

Sefton Council estimates that there were an average of 7,000 people on our beaches at any one time last time, raising concerns over lack of social distancing and a potential spread of coronavirus. When they departed, they left behind tonnes of rubbish which were cleared away by Green Sefton workers, while some beach volunteers pitched in to help.

Ainsdale was among areas which were swamped by visitors, with local councillor Lynne Thompson saying she has “never seen parking like it” as over 150 penalty notices were issued to cars parked obstructively in just one day.

Cllr Thompson said: “Summer is coming and there is obviously a pent-up desire to get out and enjoy the sun.

“We can all agree that Council Officers, Coastal Rangers and all associated partners are doing an incredible job in extremely difficult circumstances.

Read More: Thank God for Southport Lifeboat! We owe them a huge debt for the lives they save

“But social media messages to “stay home” were not as effective as hoped.

“Some weeks ago I contacted the council, concerned that a combination of lockdown easing and fine weather would create chaos on Sefton’s coast.”

Speaking of her own experience last weekend, Cll Thompson said: “I spent three hours at the weekend  at Ainsdale beachfront talking to residents who felt under siege. I have never seen parking like it and I have lived here for 26 years.

“Then there was the mountain of rubbish and filth left behind. The closure of beach parking facilities and toilets, though understandable, has compounded the situation.

“A record number of PCN tickets (153 on one day) were issued and police were drafted in from Liverpool, Wirral and Knowsley.

“With Summer approaching and the possibility of further lockdown changes we need a robust effective plan that keeps both residents and  visitors safe.

“There actually is a Beach Safety Committee but it hasn’t met for a year. Now is the time to get together all parties including police and local councillors to formulate a workable plan for the Covid age.”