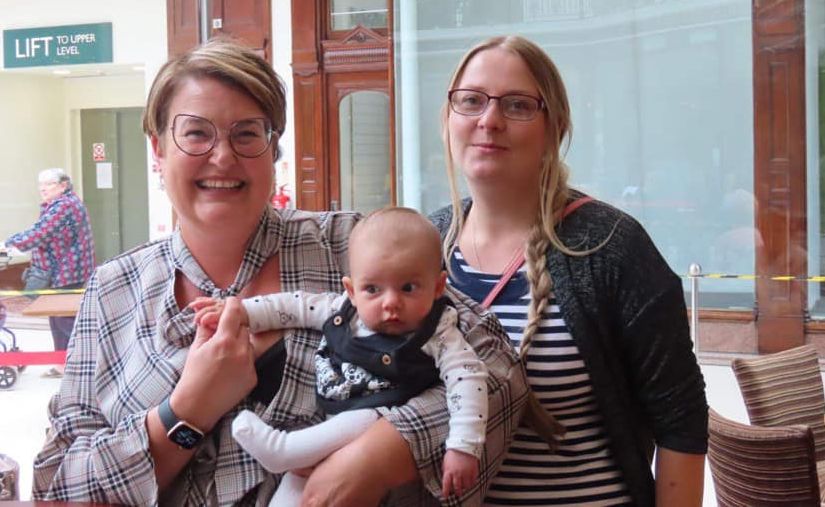 The brand new ‘Remedy at Beales’ cafe in Southport is now open, thanks to a very special VIP guest.

Remedy opened its newest venture inside the new Beales department store on Lord Street earlier today, and was an instant hit with shoppers.

The facility is situated on the ground floor with beautiful views out into Wayfarers Arcade, with a choice of seating either inside the store or outside in the arcade.

It is the third venture in the town for Remedy, which opened in the Town Hall Gardens in July 2015 and on Botanic Road in Churchtown in December 2017.

The beautiful Hannah Jennings, just 17 weeks old, cut the ribbon. The first Remedy baby called in with her mum, Jemma, who was among members of staff when the first Remedy opened on Lord Street in July 2015.

Remedy owner Susannah Porter said: “It has been really good today! This is a new kind of venture for Remedy.

“This cafe is completely different to our other sites.

“In the past few days, we have been inundated with people wanting to know when we would be open. 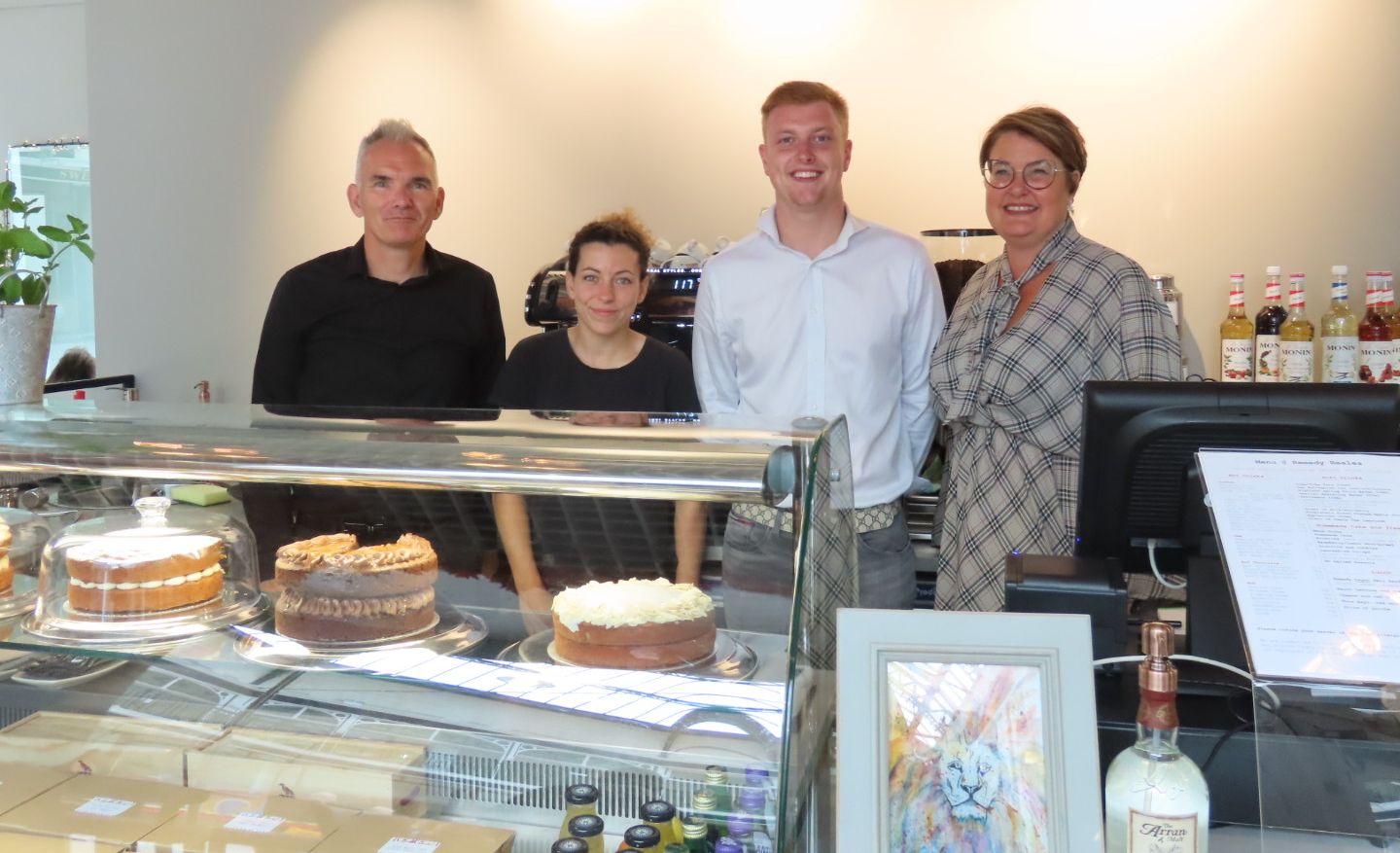 The Remedy at Beales cafe in Southport. Photo by Andrew Brown Media

“Beales opening is massive for our town. They have been hitting all their targets since they opened.

“We are going to be very different from the cafe which used to be upstairs in the old Beales.”

Shoppers at Beales or visitors to the arcade will be able to take the weight off their feet, sit back and enjoy craft-made drinks, truly great coffee and food including freshly-made sandwiches, quiche, scones, and their legendary home-made cakes.

Remedy has applied for an alcohol licence from Sefton Council which will allow the premises to soon serve gin, wine, craft beer, and liqueur coffee and hot chocolate within the next few weeks.

Opening times will be similar to those of Beales.

Remedy joins a number of other Southport businesses which have taken concessions in the new store, including: Baby Love, Medusa Gems, Naked Peak, Lucy Lou’s Boutique, Plaza Cards, Molloys Furnishers, In-Time and others.

They are complemented by well-known national and international brands including: The Perfume Shop, Forever New, Jack & Jones, Craghoppers, Carabou, Shuropody and many more. 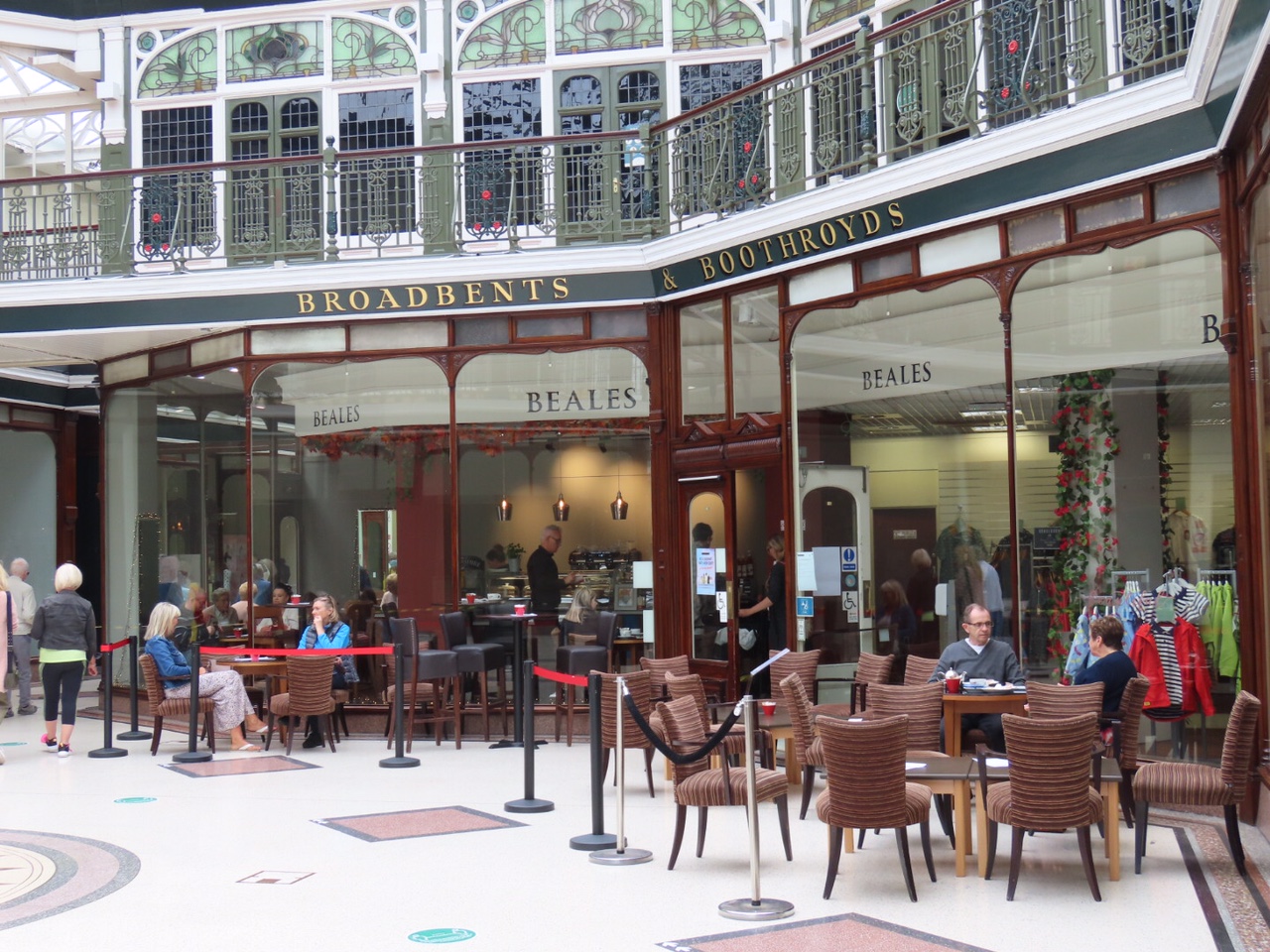 The Remedy at Beales cafe in Southport. Photo by Andrew Brown Media

Susannah Porter said: “We are serving food including sandwiches and quiche at the moment. We are looking forward to developing our food offer as we go.

“This is going to be a really lovely place to do in the run-up to Christmas. Wayfarers Arcade is always a special place in the festive season.

“People will be able to come in, wander around Beales and enjoy their Christmas shopping, admire the festive decorations in the arcade, and sit down with us to enjoy a delicious Baileys coffee.”