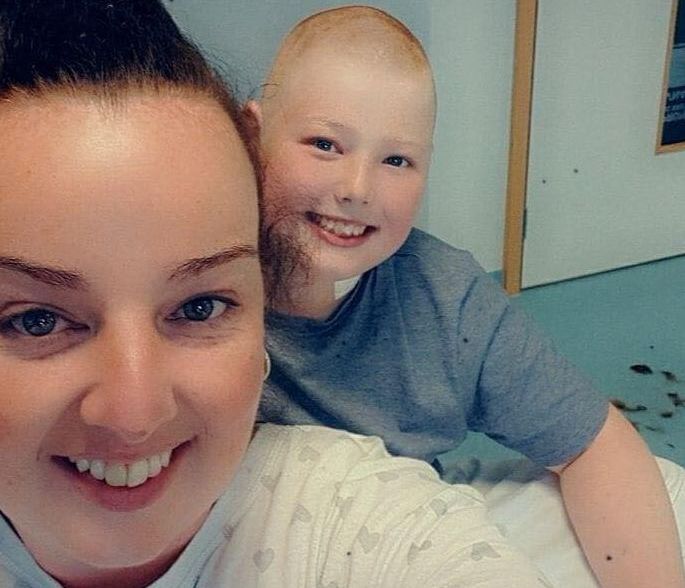 The devastated Mum of a 12-year-old schoolboy has told how he was sent home from hospital with a suspected virus – only to return after his condition worsened to discover he had leukaemia.

Kayleigh Sherran has revealed how her son, Lewis Wright, has lost a stone in weight and has been given ‘more needles than she has had in her lifetime’ since his shock diagnosis earlier this month.

Kayleigh, who works as a carer, said: “The courage he has is unreal and I can’t begin to explain how proud I am of my boy.”

Last September, Lewis started his first year in secondary school at Birkdale High School in Southport and settled in straight away, making lots of new friends and thriving in a new environment. Lewis loves spending time with friends and family and missed seeing everyone when lockdown was enforced due to Covid-19.

As restrictions lifted and the schools reopened, Lewis was so excited to get back to school that he was up, dressed in his uniform and raring to go before 7.30am.

He was only back at school two days before he started feeling unwell, on Friday July 10, suffering from chest and back pain.

Two days later Lewis was admitted into Alder Hey Children’s Hospital in Liverpool and diagnosed with Acute Myeloid Leukaemia. He has already had numerous blood transfusions and started an intensive course of chemotherapy to prevent this cancer spreading to his brain.

It has turned life upside down for Kayleigh, along with Lewis’ Dad, Richard; big sister, Caitlin; and brother, Malakye. 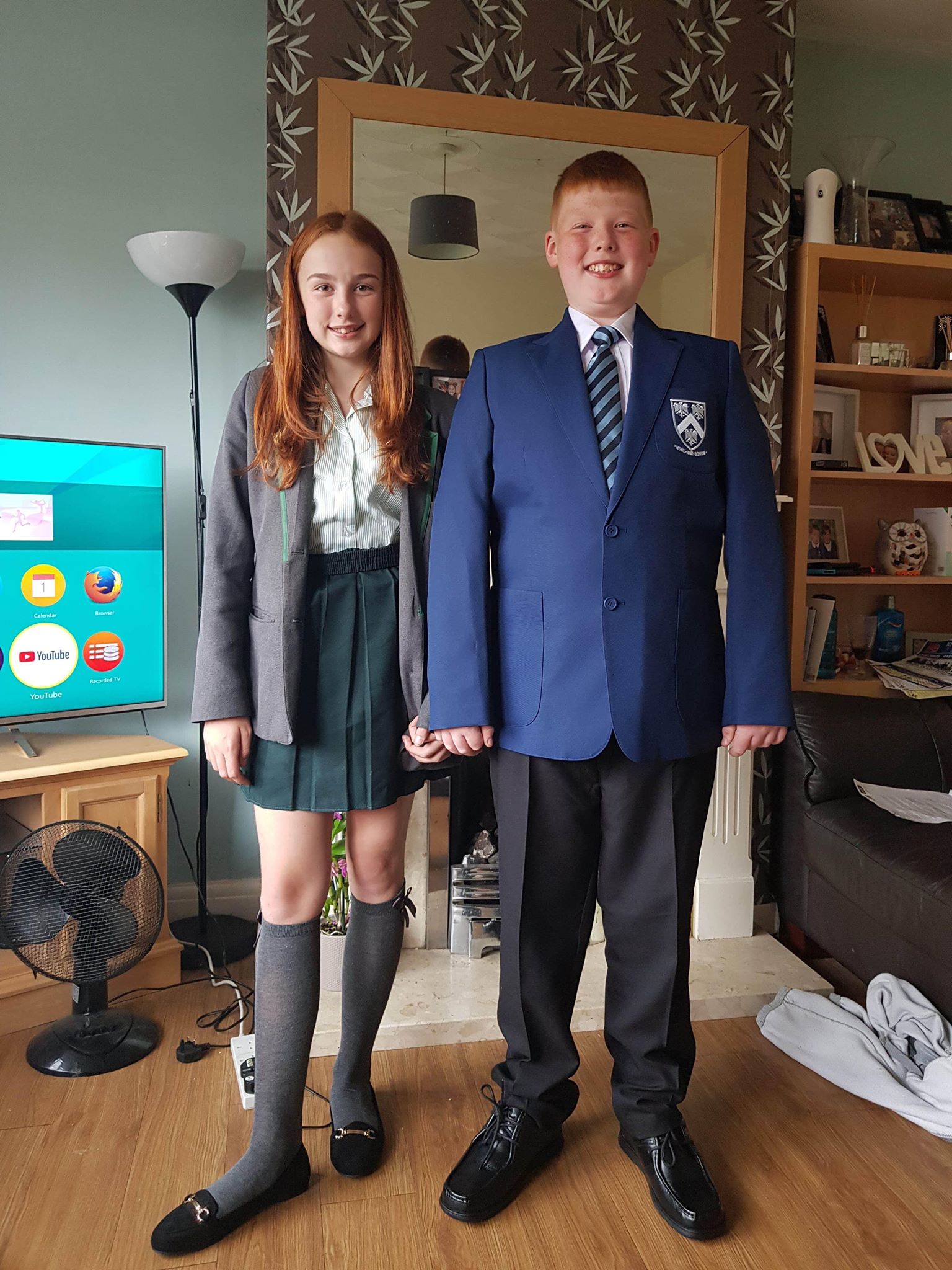 Lewis Wright, aged 12, from Southport, has been diagnosed with leukaemia. He is pictured with big sister, Caitlin.

Kayleigh said: “He started having pains in his chest and back which then started in his knees too.

“I took him to Ormskirk District General Hospital where I was told he had a virus and he should be fine in three days, and we were sent home.

“The following day his pains got worse and started to spread into other joints.

“It got to the afternoon and he was really struggling so I took him back to Ormskirk Hospital again where they examined him, took x-rays and blood tests and gave him strong pain relief. “We waited for three hours for blood results and at about 11.30pm we got the devastating news that they suspected it was leukaemia and there was an ambulance on its way to take us to Alder Hey Children’s Hospital in Liverpool.

“A million thoughts went through my mind. Surely he couldn’t have leukaemia? He was absolutely fine until Friday. Surely it can’t come on that fast.” 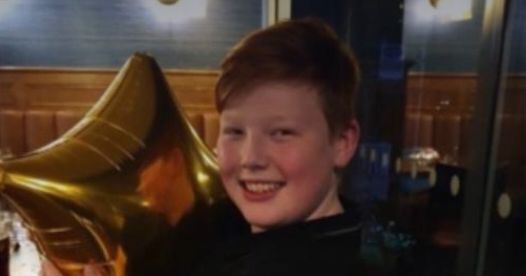 Lewis Wright, aged 12, from Southport, has been diagnosed with leukaemia

Lewis, from Birkdale in Southport, has just finished Year 7 at Birkdale High School and should now be enjoying the start of his school Summer holidays. Instead he is undergoing gruelling treatment in a bid to help him to recover. He loves being out on his bike, as well as swimming and playing games on his PlayStation. 4. While his friends are out playing, he is in the hands of medical staff.

He will have to stay in hospital for at least two months undergoing the initial intense course of treatments and then further treatments over the next six months and his Mum has had to take time off work to help him.

His Mum, Kayleigh, was full of praise for the care the family received from doctors and nursing staff in Liverpool.

She said: “We arrived in the amazing Alder Hey who couldn’t do any more for us. They were  fantastic with Lewis and gave us so much support. They spent the next 24 hours doing tests and observations.

“Then the full diagnosis came that Lewis has Acute Myeloid Leukemia. I felt like my whole world fell apart. 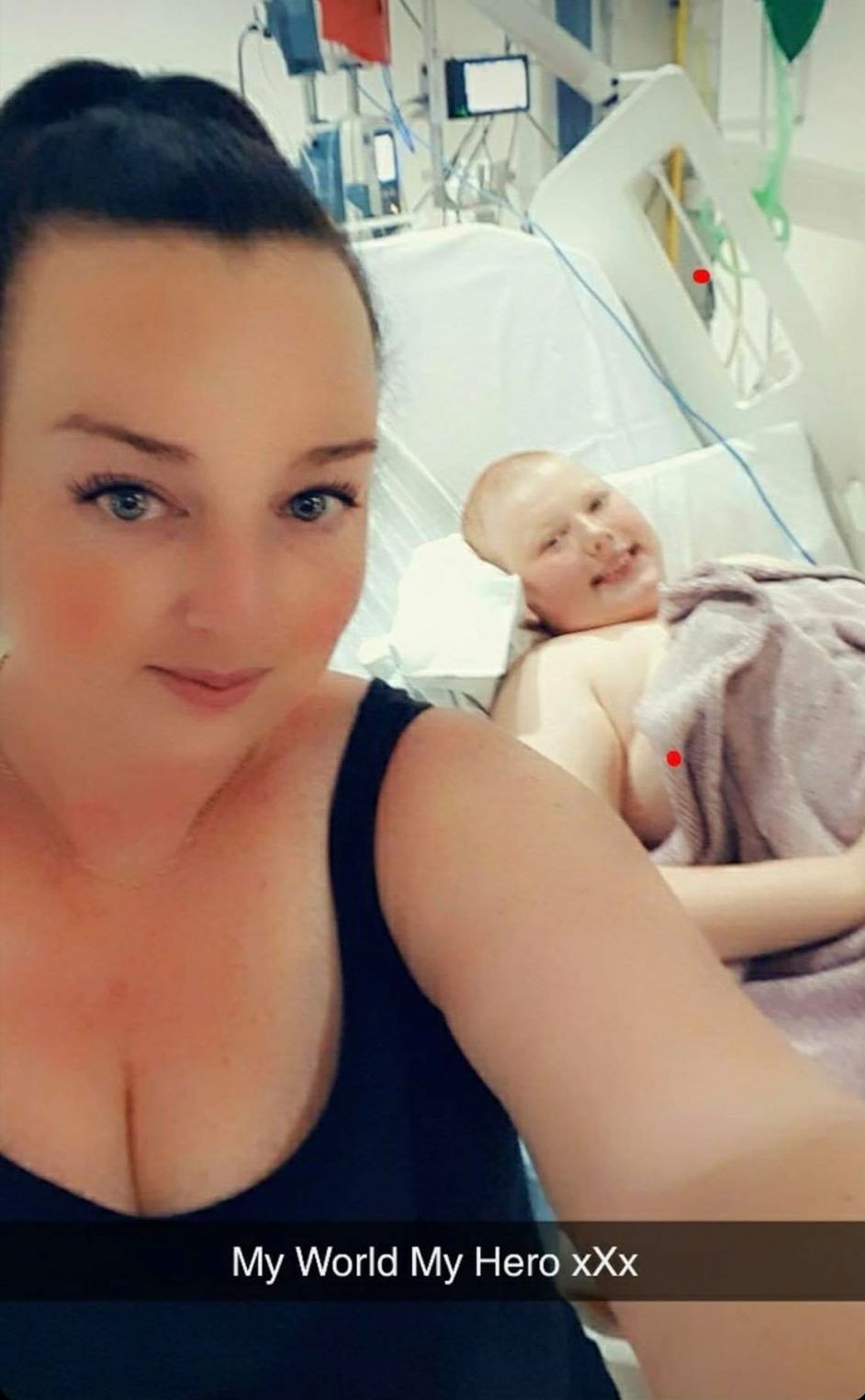 Lewis Wright, aged 12, from Southport, has been diagnosed with leukaemia. He is pictured with Mum Kayleigh Sherran.

“Straight away they operated and put in lines for his chemotherapy to start the next day and did a bone marrow biopsy.

“Two days later he went for surgery again for a lumber puncture to give him a dose of chemotherapy into his spinal fluid.

“His treatment is strong and intense and we were told it would floor a fully grown man that was an athlete. They weren’t wrong.

“Lewis has been so, so poorly from the side effects. He has lost one stone in weight in a week and has been prodded, poked and had more needles than I have in my whole life.

“During his first dose of chemotherapy Lewis made the decision to shave his head before he lost his hair to keep some control over the whole situation.

“Throughout it all he has remained strong, positive and has been absolutely amazing.

“The courage he has is unreal and I can’t begin to explain how proud I am of my boy.

“It will be a long road to recovery and I am in no doubt it will have its ups and downs but I know this boy of mine can fight this every step of the way.”

Lewis’ Aunty, Louise McHugh, has set up a page called ‘Weʼre raising £5,000 for Love to Lewis’ on the JustGiving website. So far they have raised over £4,000.

Louise said: “Everyone knows Lewis by his big smile – even now in these hard times.

“Lewis has got this personality where you can be in the worst mood and he can just change that in seconds.

“He smiles and the whole room lights up.

“Other than being a little comedian, he is also sensitive, sweet and has a massive heart.”

Lewis’ Mum, Kayleigh, said: “Love For Lewis was originally set up for friends and family but since being shared, it has raised an amazing £2,000.

“ Lewis has everyone behind him and we together will beat this.”