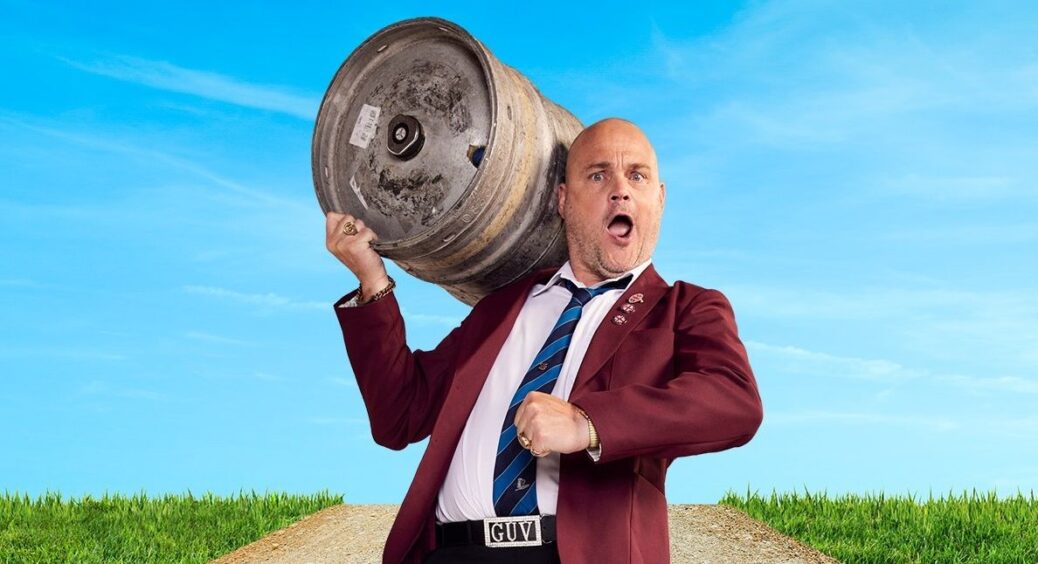 Multi-award winning comedian Al Murray ‘the Pub Landlord’ has been announced to star at the 2022 Southport Comedy Festival!

Al will bring his new show ‘A Gig For Victory’ to this year’s Festival, which sees some of comedy’s top names dazzle audiences between 30th September and 16th October 2022.

All gigs will take place under canvas at Southport’s Victoria Park in a luxury heated and seated marquee courtesy of Elite Marquees.

Al Murray joins an already stellar line-up at this years festival to include TV names Milton Jones, Jason Byrne, Maisie Adams, Chris McCausland, Jimeoin and comedian, blogger and author of Best Seller Learner Parent Sam Avery with more exciting names to be announced in the next few weeks and months.

“Join us for the final night of the Southport Comedy Festival to watch one of the world’s comedy greats live on stage.”

As the dust settles and we emerge blinking into the dawn of a new year, the men and women of this great country will need answers.  Answers that they know they need, answers to questions they never knew existed.

And when that moment comes, who better to show the way, to provide those answers, than the people’s man of the people, the Pub Landlord? Steeped in the deep and ancient bar room wisdom of countless lock-ins, the Pub Landlord is there to show the way.  Wherever you are, he will – within sensible travel limits and theatre booking policy – come, offering people thirsty for common sense a full pint of the good stuff.

For over 20 years Al Murray, The Pub Landlord has filled the most prestigious venues around the UK, including London’s 02 Arena and the iconic Royal Albert Hall.  He has won numerous awards, hosted many critically acclaimed television shows, and in 2015 famously stood for election in the hotly contested seat of South Thanet.

Keep an eye on the Southport Comedy Festival website or join the mailing list https://southportcomedyfestival.com/whats-on to find out first who will be making Southport Smile this October.

What the press say about Al Murray, The Pub Landlord:

“It remains one of the great joys in comedy to see the Pub Landlord befriend and belittle the front rows, blithely dishing out attributes to them, responding with superfast wit… So long as he has an audience with a pulse and an onstage pump that dispenses frothy lager for him to spill on them, Murray will always be a good night out.”

“A rambunctiously good night out… he’s always the sharpest operator when it comes to quick-thinking mockery, and it’s great to witness such mastery.”

“What the Landlord does best – and better than any other comedian – is riffing off and bantering with his audience… the kind of supremely effortless badinage only the most assured could ever hope to attempt… The Landlord in full cry is a wondrous sight, but it also makes for brilliant satire”

Mark Wareham, The Mail on Sunday