6 places in Southport where new Waterstones bookshop could open

Home 6 places in Southport where new Waterstones bookshop could open 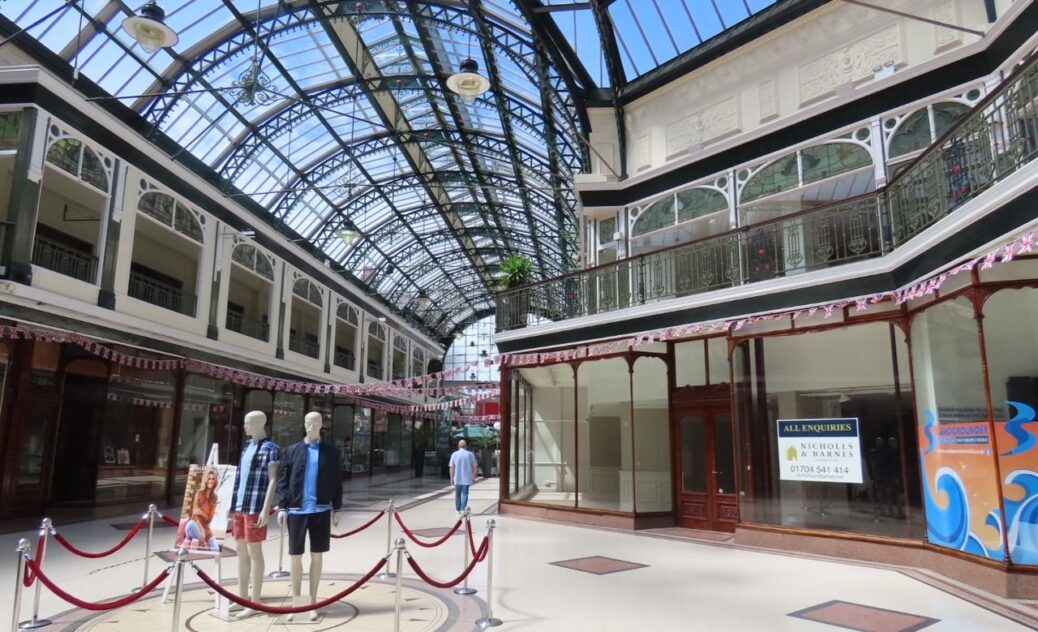 Waterstones bookshop is relocating to a new home in Southport – but where would you like to see it move to?

The store, in the very grand building on the corner of Lord Street in Southport, is about to make way for a brand new Lounge restaurant.

The new firm is investing £1million to transform the building and will create 30 new jobs.

Waterstones has been quick to come out and insist that it is committed to keeping a presence in Southport – but where would you like to see it move to? 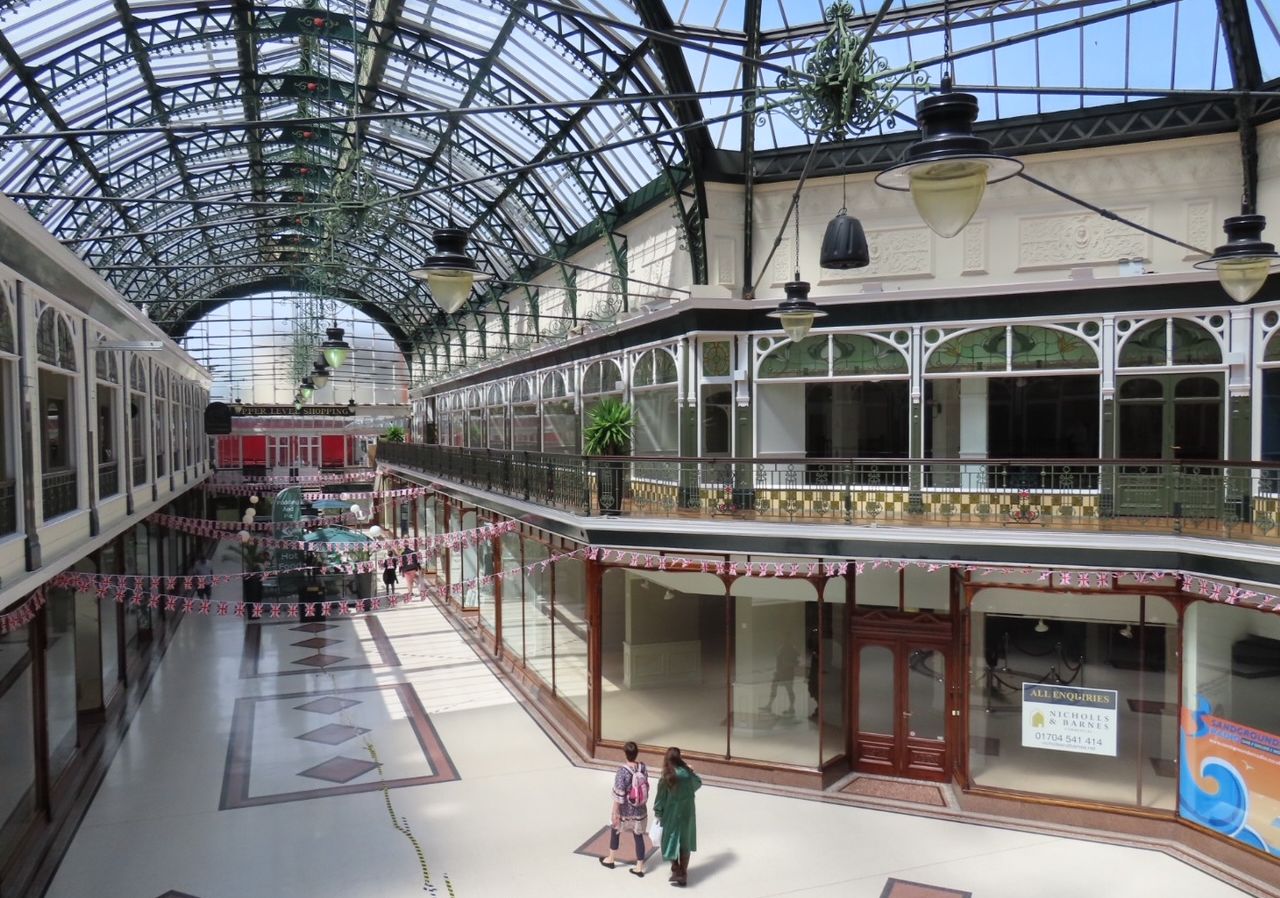 How amazing would it be to see waterstones relocate to the glorious Grade II Listed Wayfarers Arcade, as a way of celebrating the arcade’s 125th birthday next year?

Quite possibly Southport town centre’s most beautiful building, imagine browsing for books in here with the light flooding down from the canopy above.

There is lots of space too, with a large ground floor unit to the right where a furniture store used to be, with space on the first floor above.

It wouldn’t be far to move from the current store. And it would be close to other local, independent bookshops such as Broadhursts and Parkinsons of Southport.

And Waterstones would be a great anchor store along Beales to act as a magnet for smaller independents to move in.

The Remedy at Beales cafe opposite is also a bonus.

And just imagine the prospect of literary themed events that you could host in the arcade in conjunction with the bookshop. 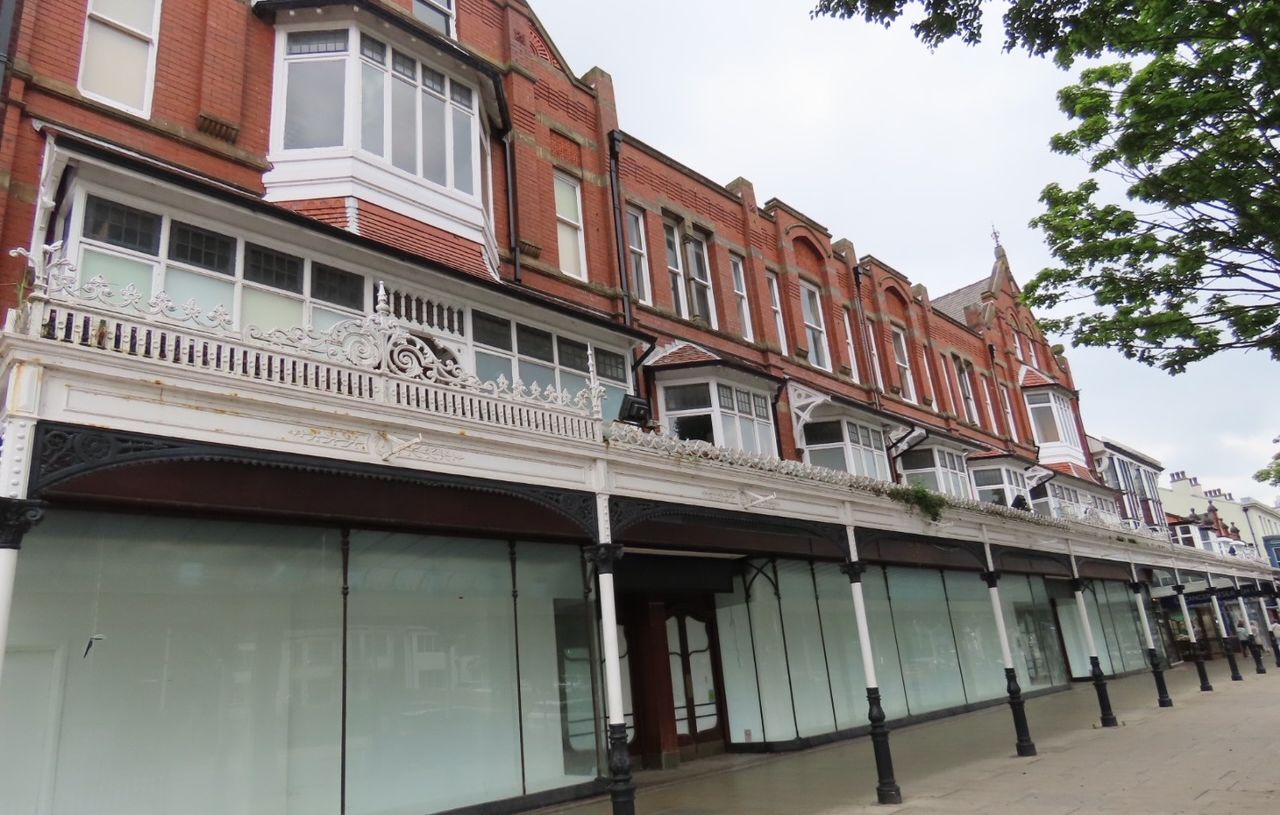 Another grand building on Lord Street with space to fill.

New owners are in place and are advertising for companies willing to move in.

Again, many positives to this move.

It would keep the bookshop on Southport’s prime shopping street, and wouldn’t be too far from the current store.

It would give another huge boost to the northern end or ‘Northern Quarter’ of Lord Street, which is due to see The Grand open this July following a £3million investment by Mikhail Hotel and Leisure Group. 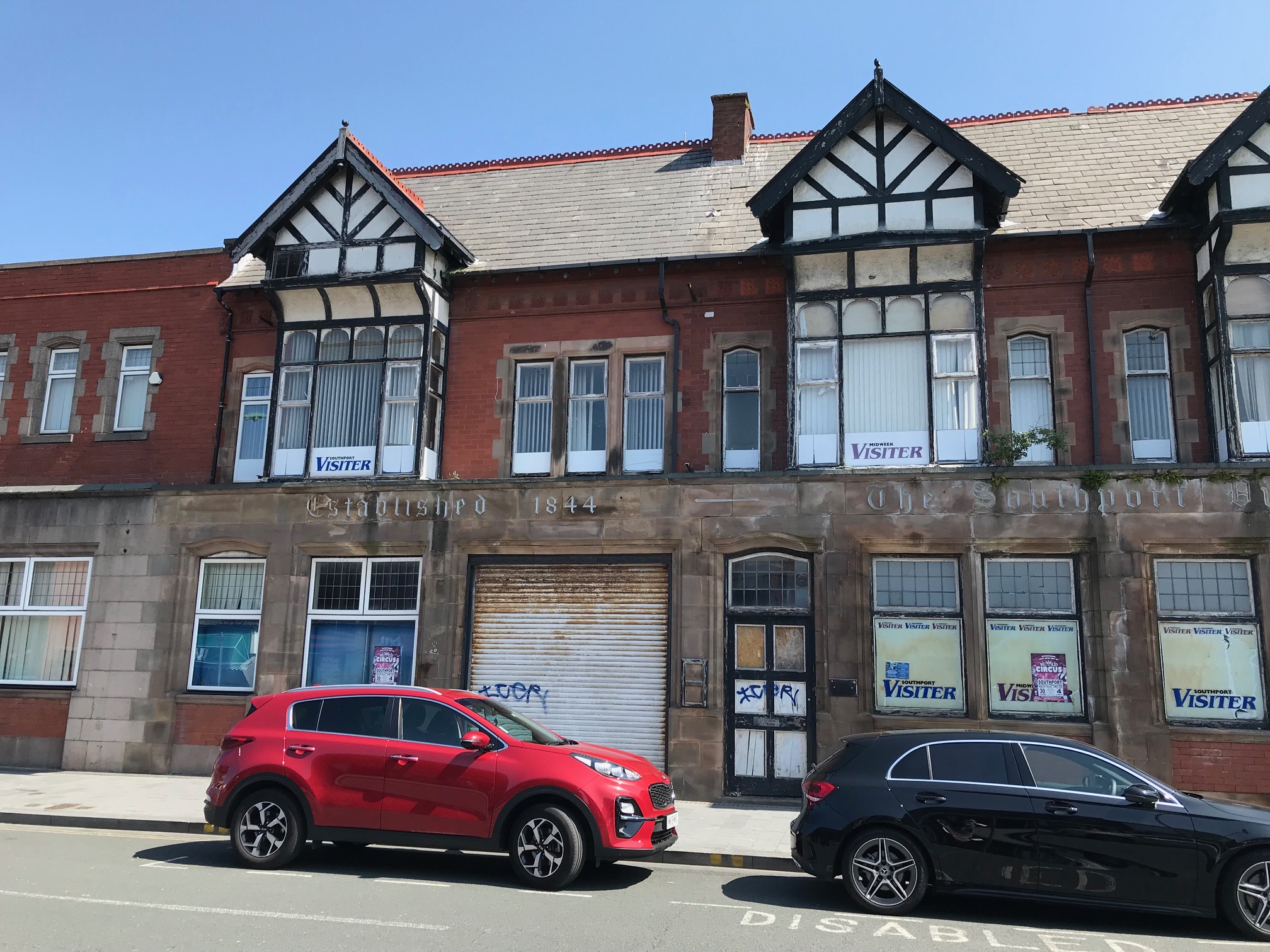 The Southport Visiter occupied this site for over 100 years, until its sudden departure in 2016.

The building was once home to scores of reporters, sub-editors, advertising staff, IT staff, sports reporters, receptionists, and printers, with huge printing presses on the ground floor.

Since 2016 it has sat empty and derelict.

Since then, Sports Direct has invested £3.3million to open its impressive venture next door, featuring a Sports Direct store, plus Flannels, USC, and an Everlast gym.

The building has a further literary link as it was home to the temporary Southport Library for three years.

It has a large car park attached as part of the site, and would be a real boost for retail in the area. 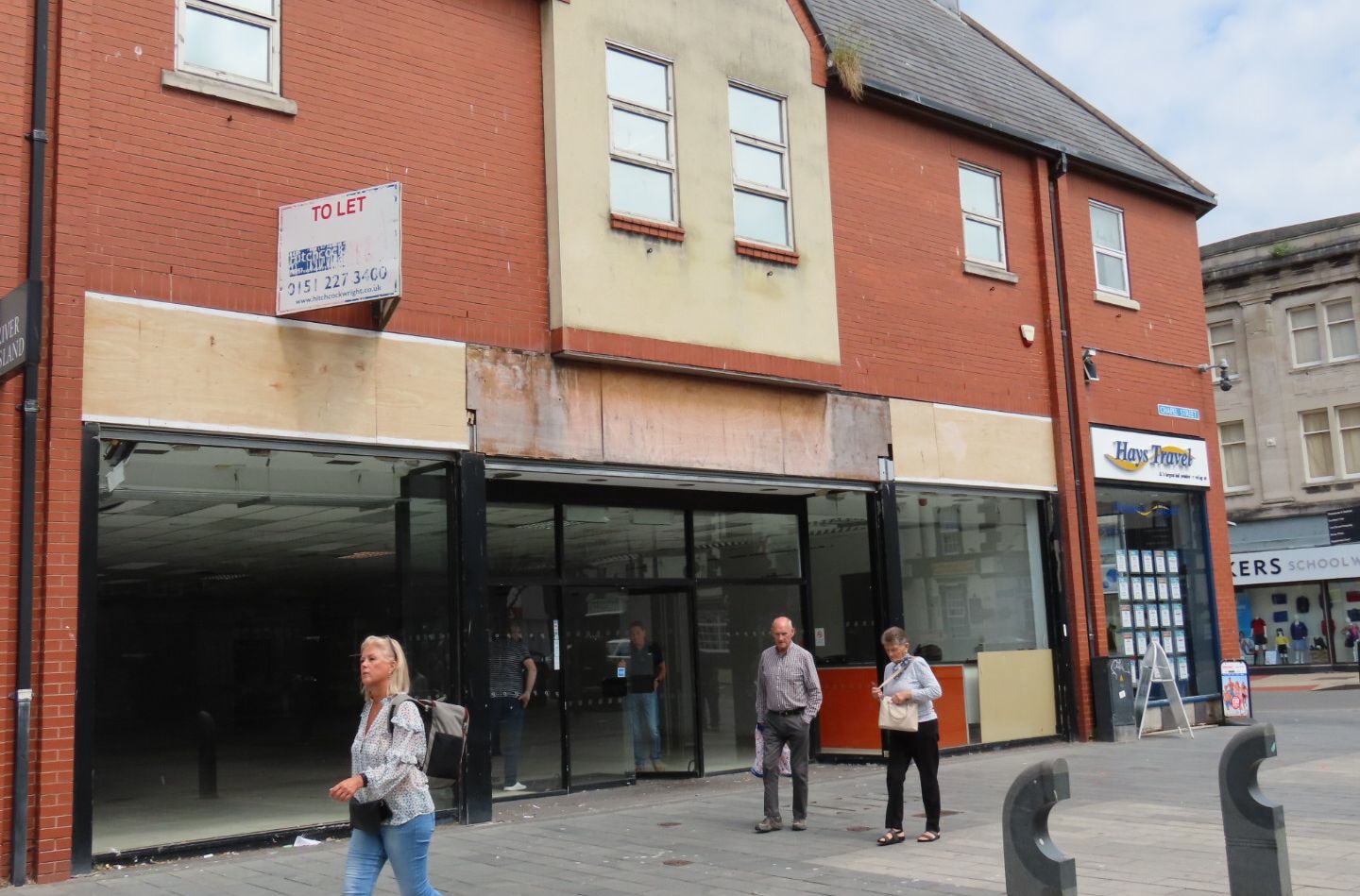 This former clothes shop on Chapel Street. next door to Hays Travel, is handily placed directly opposite Southport Train Station.

The premises is fairly sizeable too with a first floor also available.

It would allow Waterstones to maintain a presence right at the heart of the town centre.

The Chapel Street area is undergoing a real renaissance at the moment, with work currently taking place to convert the former BHS department store building into 30 new aparthotel rooms on the upper floors with space for a cafe, shops and a pub on the ground floor.

There should be lots of extra footfall in the area too with the new Techedia HQ due to open on Corporation, while Sefton Council is progressing with plans to create a new Southport Enterprise Arcade above Cambridge Arcade.

The new store would also be within walking distance for the students at Southport College. 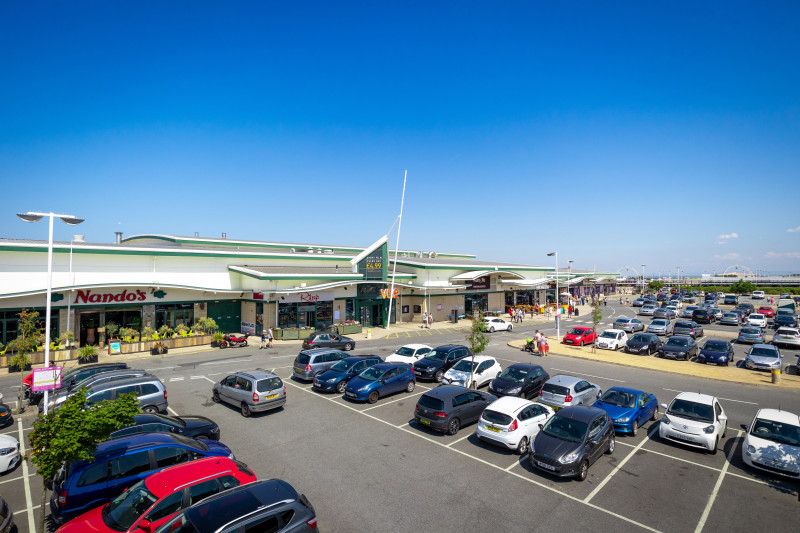 This one might prove a little more difficult – but not impossible.

Due to restrictions placed on Ocean Plaza when it was built in the 1990s, one half of the site must remain leisure only – cinema, bowling alley, play centre, restaurants etc – while the other half is for retail.

But during the Covid-19 pandemic, Frankie & Benny’s and Chiquito closed, while the former Riley’s building and the Chinese food buffet both remain empty.

Time for a rethink on what is allowed here? Would a Waterstones bookshop be preferable to the current empty units? 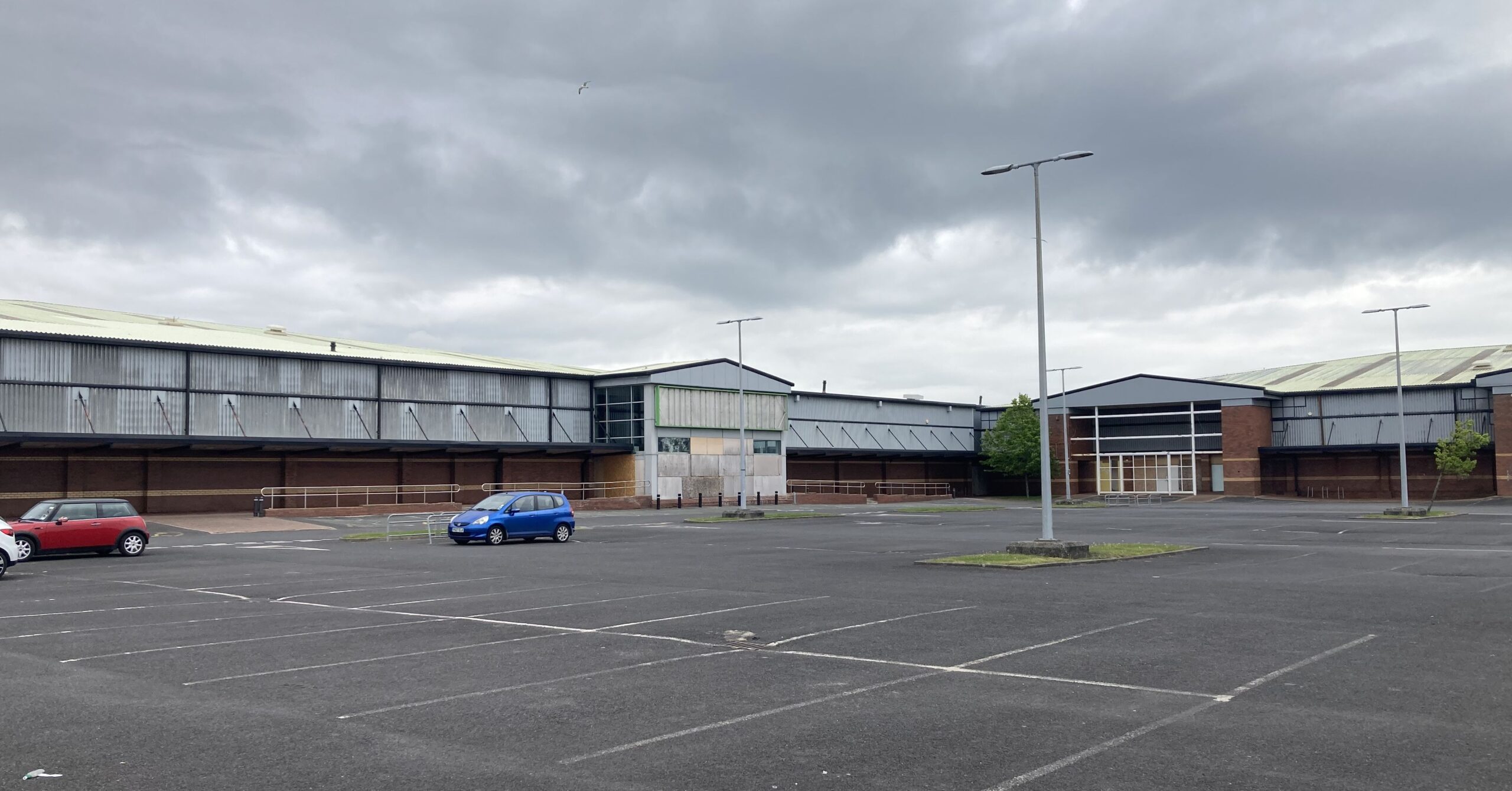 There is lots of space here with half of the retail park sitting empty since 2016.

Plans for a huge new Sainsbury’s superstore have been going to and fro between planning meetings and planning inquiries for the past six or seven years with little resolution.

The result is that the end of the park where the former Homebase store closed down has been largely empty for years, save for the Curry’s store there.

The Oak Furniture Warehouse sadly closed a few weeks ago.

Could a Waterstones store fill some of the empty space?

This would be the least desirable of any potential location, with a real desire to keep the flagship bookstore in the town centre rather than lose it to an edge of town retail park.