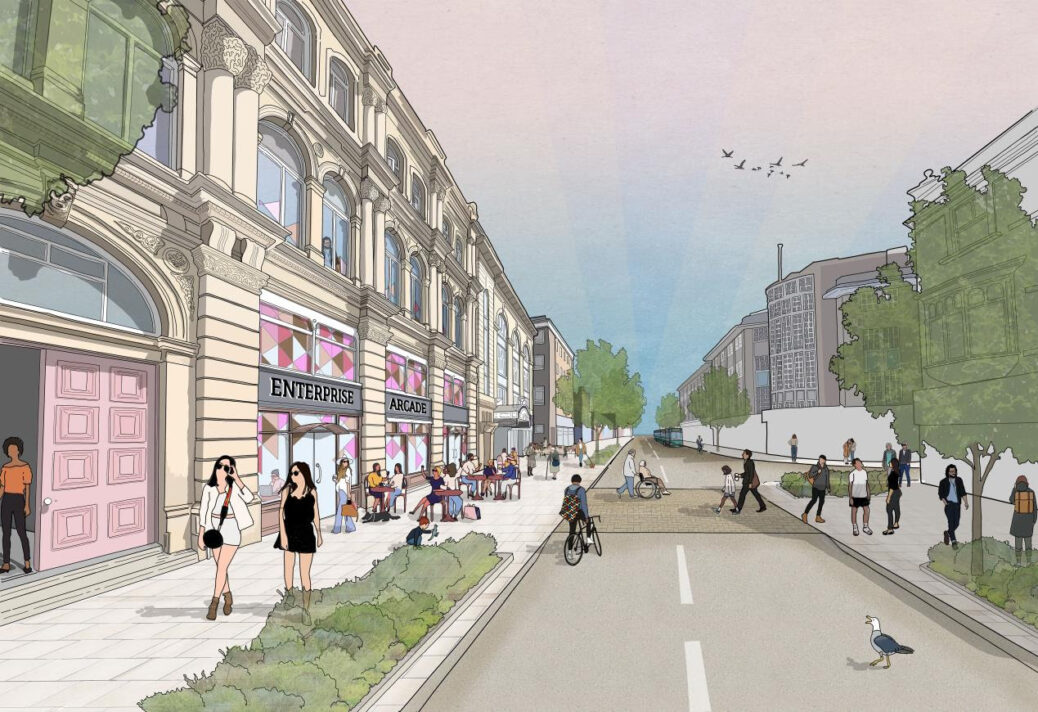 Major changes are being proposed to improve the busy Eastbank Street in Southport town centre.

They will include: a new 20mph speed limit and speed cushions to slow traffic; new welcoming signage near the roundabout; wider pavements and large planters to make it more attractive to pedestrians; moving the existing pedestrian crossing; and introducing two new crossings.

The ambition is to make Southport town centre much easier for people to move through, while linking key sites such as Southport Train Station, Chapel Street, Southport Market, and the proposed Southport Enterprise Arcade on Eastbank Street and the new Marine Lake Events Centre.

Sefton Council is leading the changes to Eastbank Street, recognising its importance as “a key gateway and arrival point for people entering the town centre from the east” from Lancashire.

The route is included along with Chapel Street, Market Street and King Street in the first phase of the council’s £12.75milion ‘Les Transformations de Southport’ scheme.

The project aims to “improve the atmosphere, prosperity and health of the town by providing better access and connections across the town centre”.

The initial £2.5million funding has come through the Southport Town Deal initiative with the council pursuing further funding for other improvements.

In his report to Sefton Council, Assistant Director of Place (Highways and Public Protection) Peter Moore said: “These initial designs will be developed further as part of the detailed design of the project. They are focused on providing better facilities for pedestrians and improving safety.

“Eastbank Street is a key gateway and arrival point for people entering the town centre from the east. It is an important route for vehicles, including public transport, but is also a very busy pedestrian route.

“To enhance the sense of arrival it is proposed to install a new gateway feature, including appropriate signage, on the approach to the railway bridge from the east.

“In addition, to improve the safety of all road users it is proposed to introduce a 20mph speed limit on Eastbank Street, from the roundabout junction with St James Street and Virginia Street to the junction with Lord Street.

“It is proposed to provide additional and enhanced pedestrian crossing facilities on Eastbank Street to improve the connections between the Southport Market area and the Enterprise Arcade and Chapel Street.

“It is proposed to re-position the existing signalised pedestrian crossing slightly towards King Street to reflect pedestrian desire lines between Chapel Street and King Street and improve the link towards the Market area. 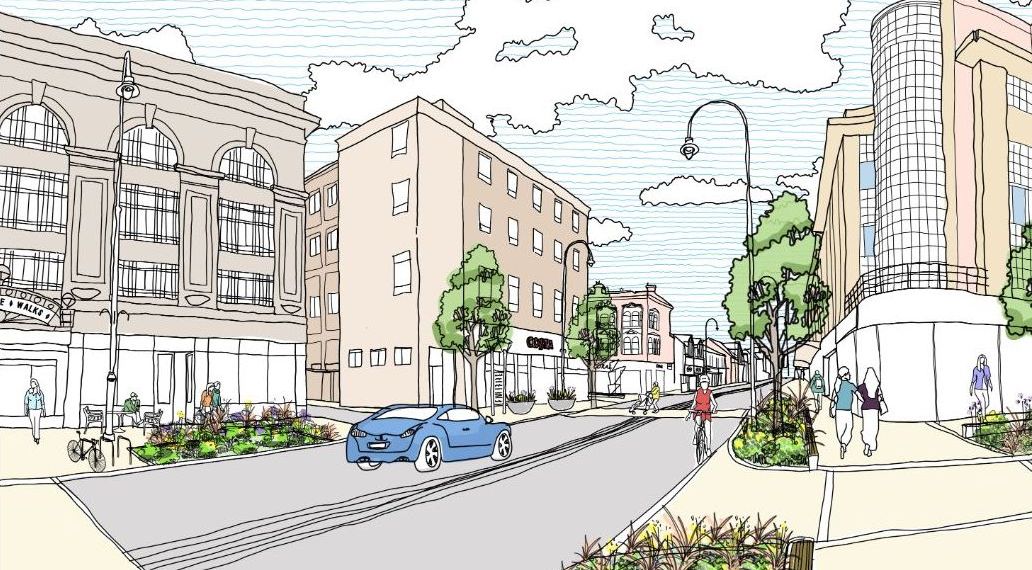 An artist’s impression of Eastbank Street in Southport under the Les Transformations de Southport initiative. Funding is provided through Southport Town Deal

“Two additional uncontrolled pedestrian crossing locations on raised tables on Eastbank Street are also proposed to improve the connections between the Market area and the Enterprise Arcade and Chapel Street.

“To ensure the safety of those using the new crossings, it is also proposed to install preformed speed cushions on the approach to each of the two new raised tables to reduce traffic speeds approaching the crossing points.

“The position of one of the proposed crossing points requires the relocation of one bus stop (by a few metres only) on the northern side of the street.

“The existing disabled parking provision on the southern side of the street will be retained but slightly relocated to accommodate one of the pedestrian crossing points. The section of Eastbank Street alongside the Atkinson appears to be regularly used by blue badge holders who park on the double yellow line section. It is proposed to investigate whether this parking can be formalised by the provision of parking bays for the use of blue badge holders in this section.