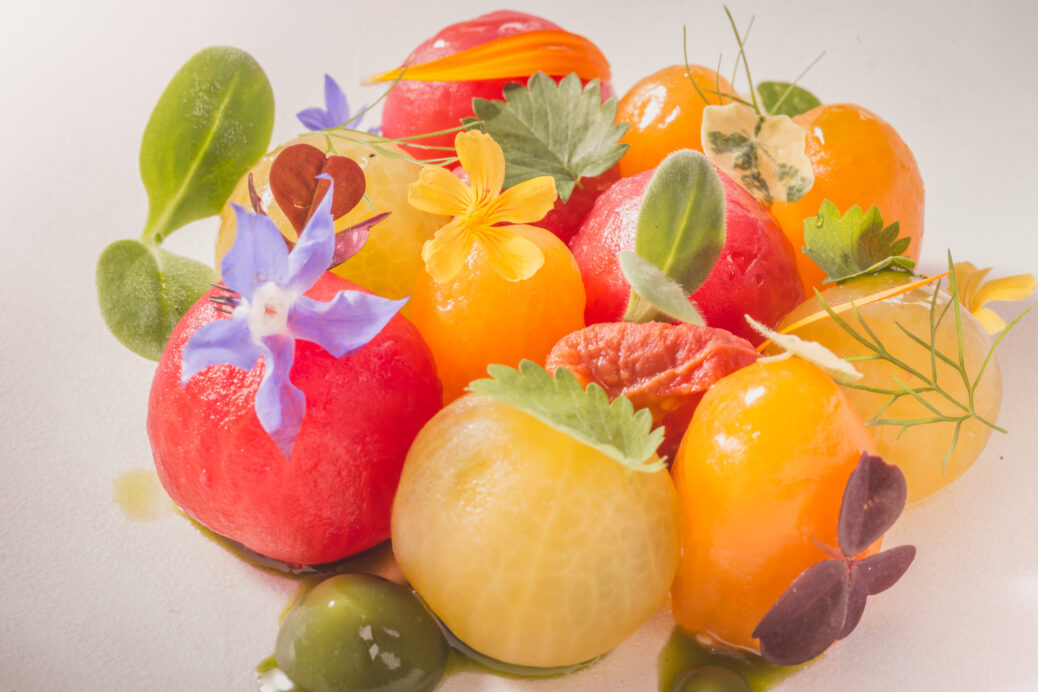 The best tomatoes in Britain are grown right here on our doorstep.

The area in and around Southport, and surrounding West Lancashire, produce the tastiest fruit and veg in the country.

The tomatoes grown at Croftpak Nurseries in Tarleton, near Southport, are so good that they play a starring role on the menu at two Michelin starred Moor Hall restaurant with rooms in Aughton.

The firm regularly supplies Moor Hall Chef Patron Mark Birchall with green tomatoes called Montenegro for his green tomato sauce, which featured in the lobster dish that Mark cooked on Saturday Morning with James Martin TV show in May.

Brian Ascroft and his family have been growing tomatoes at Croftpak Nurseries in Tarleton for more than 75 years.

To celebrate British Tomato Fortnight, Brian spoke about himself; his superb tomatoes; why he thinks British is best; his relationship with Moor Hall; why his lettuce trade slowed when they hit an iceberg; and which tomato varieties are his favourites.

Tell us a little about yourself and your business, Croftpak Nurseries 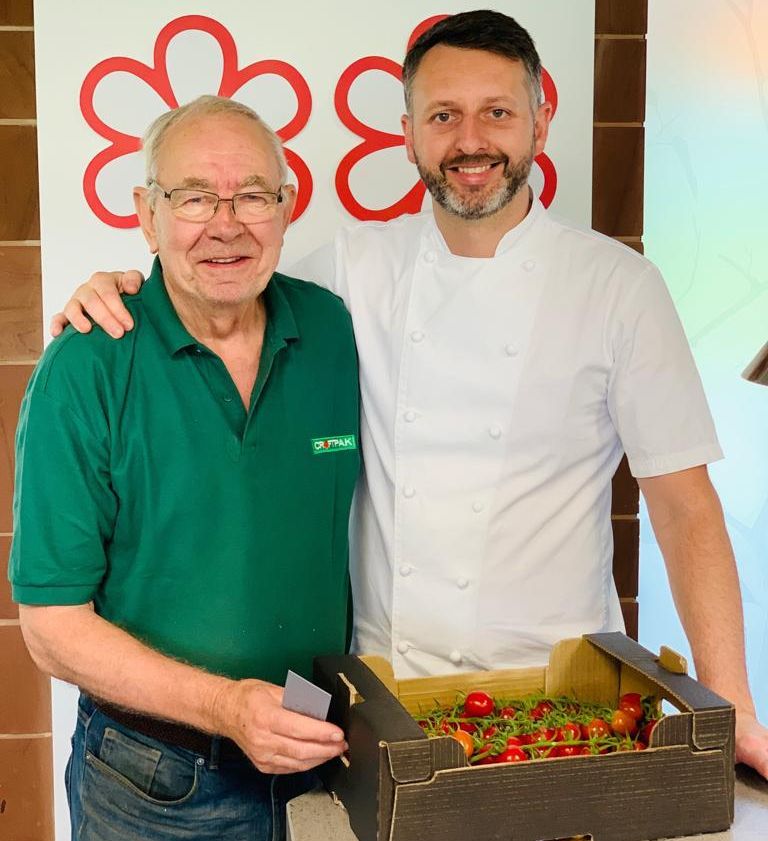 It’s a family business, started by my father in 1946 after the War. We live in the same road now as the one we moved to then. The nurseries are sat directly behind the properties, we’ve moved into a few different houses along that same road over the years but have always been based there.

I joined the business when I was 15, and I remember Dad paying £10 to take me out of school. At that time, students in grammar schools were supposed to stay on until they were 16.

When we started we were growing a few different vegetables – kidney beans, cucumber, lettuce. We grew flat lettuce for Tesco, but trade really slowed when iceberg lettuce hit – I can remember the first import of iceberg lettuce coming from the USA if you can believe, and it sold for around £1 in the 1980s.

A gentleman we’d worked with on the lettuce for Tesco then moved to Booths and asked me to grow long season tomatoes for them, which would start a relationship that is still strong today. In 1989 we had half an acre of greenhouses built and started growing specialities – the first year, 1990, we picked 100 tonnes from that half an acre.

We’ve been supplying Booths for over 30 years now and they take all of our varieties. In the early 90’s we moved from growing for weight to growing for flavour. We were the first to prepack vine ripened tomatoes – they were picked red and didn’t go soft, packed full of flavour.

I’m 76 now and let’s just say I’m semi-retired. My two sons, Michael and Peter, have taken the reigns but my wife Janet and I still help out – we were picking and packing just this morning.

My father was still working at 84. For us horticulturists we don’t tend to ever retire really, it’s not a job it’s a way of life.

How have you seen things change over time in terms of supplying wholesale?

Naturally, the likes of Booths have had to become more competitive and commercial to keep up with the other supermarkets. We started as their main supplier but they now sell about 15 different varieties of British tomato and around seven of those are ours.

We have a lot of market men and individuals like Mark (Birchall) who come to us looking for quality. It can be hard to compete with foreign varieties but more and more people are looking for good produce grown locally.

Of course, we’ve seen shifts in terms of consumer expectations on packaging too. It seems half the public would rather see no packaging being used at all, or very little, but the other half, especially since the pandemic, are concerned about other people handling their food.

We strive to be as sustainable and carbon neutral as possible. We have solar panels across the business and our home and heat the greenhouse with renewable energy using woodchip. Last year we moved to cardboard punnets too.

Why is British best?

We pride ourselves on everything being freshly picked – we don’t have cold rooms or fridge units. The majority of our produce is picked the same day it’s supplied – and never any sooner than the afternoon before. It’s the freshest the produce can possibly be, and that is really reflected in the taste.

As well as lower food miles when you buy locally, buying British usually means the produce is grown with less chemicals too. At Croftpak we use biological farming methods – using ‘good bugs’ to tackle the ‘bad bugs’.

Tomatoes are also really good for you. They’re full of lycopene which has lots of health benefits – good for your heart and can protect against cancer. I had a scare when I was about 62 (thankfully I was fine) and when they ran blood tests they said I had the results of a 20 year old. I genuinely think it’s because of all the tomatoes I eat!

What are some of your favourite varieties of tomato and why? 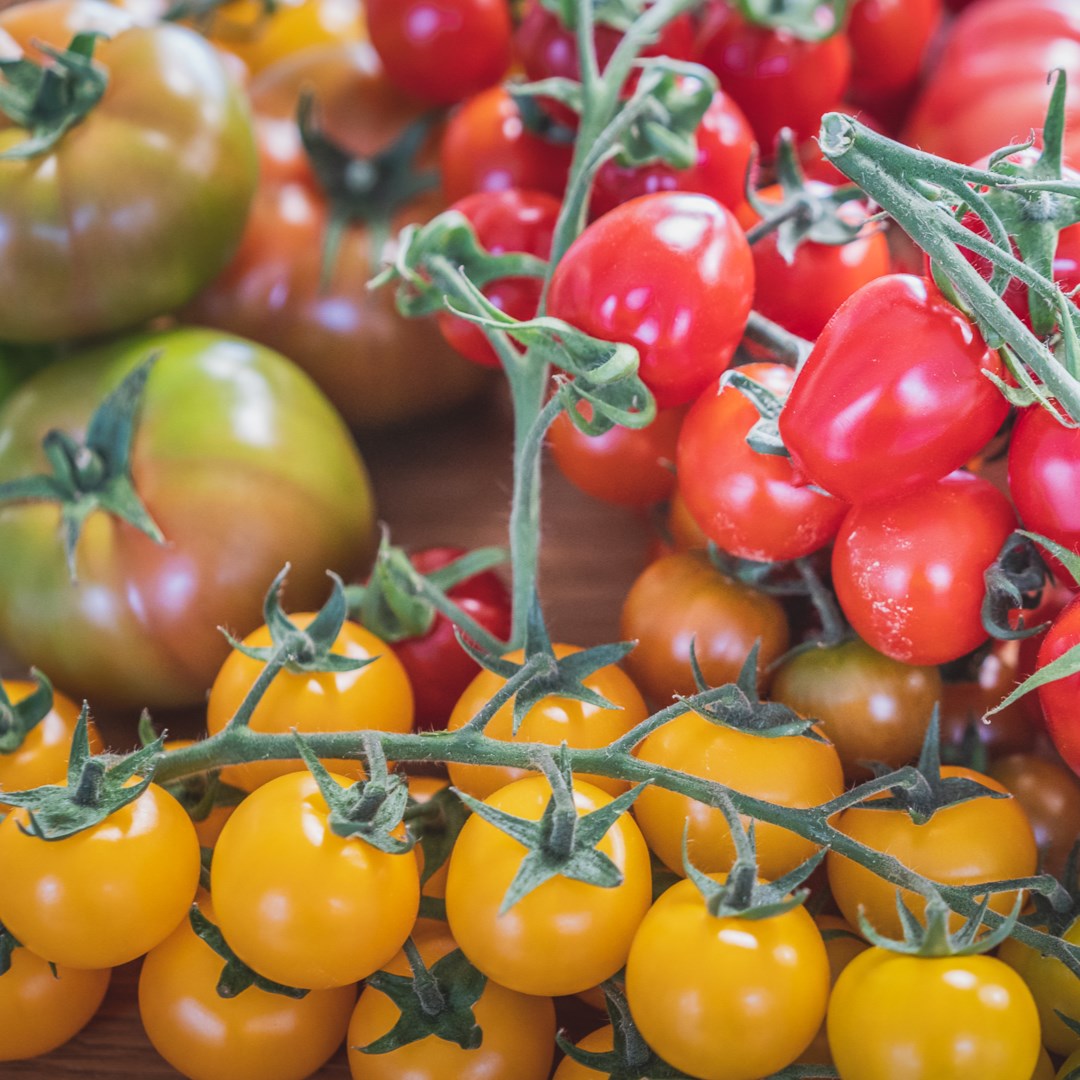 It’s a really hard question to ask me because they’re all special to me. When I used to go out picking for the day I’d eat as many as I’d pick!

I do however love Strabena – you eat one and you want another immediately. They’re small, sweet and juicy, and the flesh is just perfect. In fact, it was a Strabena that Mark tried on his first visit to us and said it was the best tomato he’d ever eaten.

Interestingly our biggest seller in Booths is ‘Sweet Magic’, which a lot of people say reminds them of picking tomatoes from their grandparent’s greenhouses as a child. We say on the label it has an ‘old-fashioned’ taste, it’s quite tarty.

All our varieties are grown the same way but taste completely different. We grow them in coir (coconut fibre) and we’ve used the same feed, which was a recipe worked out with the Ministry of Agriculture, since our first crop in 1990. It was revised slightly a few years later to use as low nitrogen as possible, but other than that we’ve never changed the recipe. Like my father always said, if it ain’t broken, don’t fix it.

Another tomato we grow is the San Marzano plum, usually sold loose. This is great sliced lengthways and cooked on the barbeque, or under the grill with a bit of balsamic and cheese.

My wife and I are always cooking tomatoes, we love them. It’s quite funny though because neither of our lads, Michael or Peter, like them! Our daughter’s not overly keen either. That always makes people laugh!

How long does the season typically run?

We plant in January, start picking at the beginning of April and it runs until mid-November. There’s not an awful lot of down time really, once the season finishes it takes us six weeks to clean the crop out and prep for the following season.

How long have you been supplying Moor Hall, and what with? 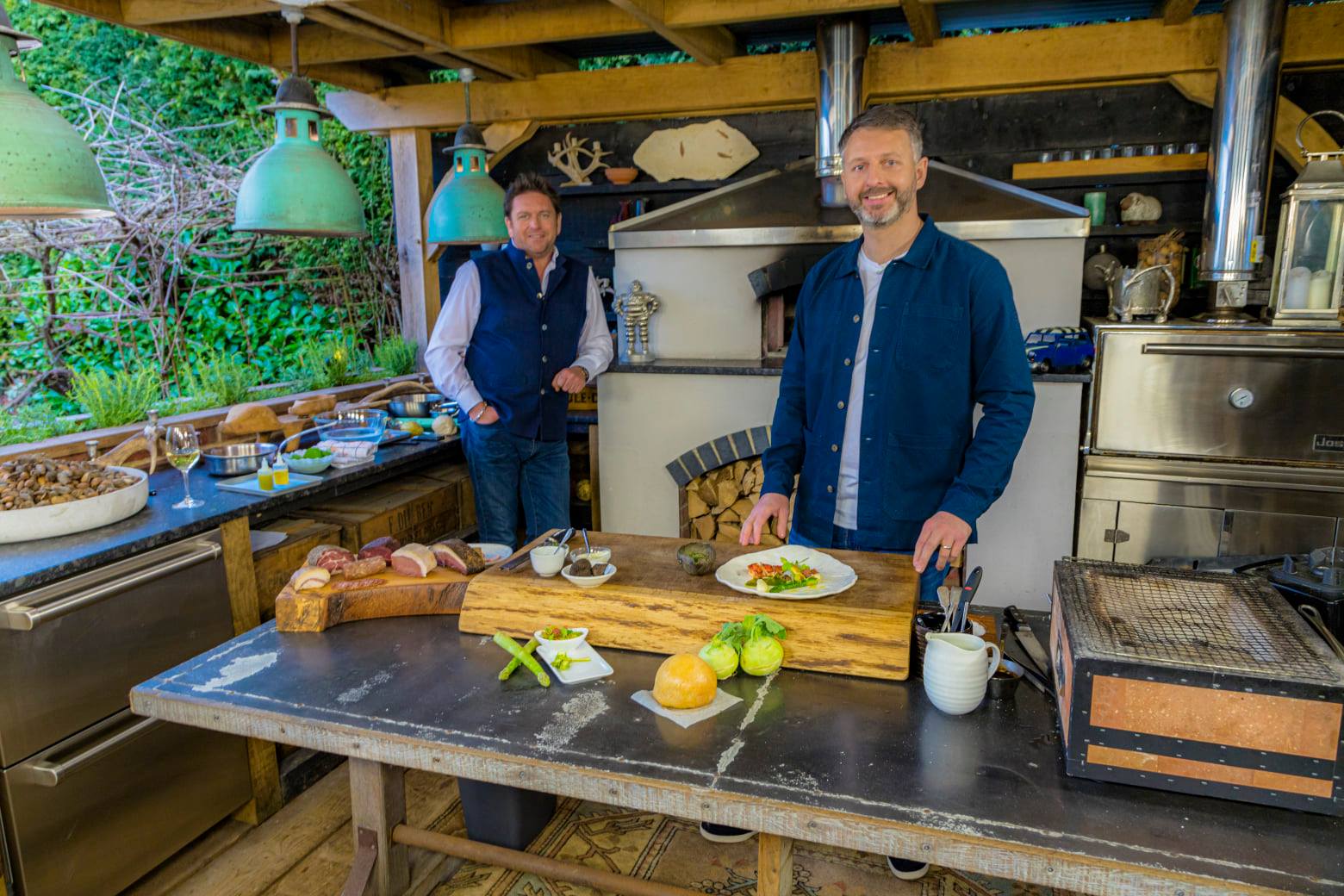 Mark Birchall, the Chef Patron at Moor Hall in Aughton in Lancashire, starred on Saturday Morning with James Martin

About two years. We were recommended to Mark and he came down for a visit. Once he’d tasted the produce that was that.

We grow Strabena as well as red, yellow and orange cherry varieties for Moor Hall. Mark also takes our Coeur de Boeuf, a large beef variety – he uses the seeds.

We also supply Mark with green tomatoes for his green tomato sauce, these are called Montenegro and we pick them just as they’re starting to turn. He used these recently for the lobster dish he cooked on James Martin. It’s amazing to see what we grow used in such interesting ways.

Have you tried any dishes at Moor Hall using your tomatoes?

Yes. We were lucky enough to be treated to the tasting menu by Mark a while back. What an amazing time we had. It’s not a meal, that doesn’t begin to cover it, it’s an experience. I couldn’t even pick one standout dish – everything from the snacks in the bar to the dishes in the restaurant was outstanding.

Of course we tried the tomato dish (Tarleton tomatoes with rosehip and rye) and we couldn’t believe it. Our tomatoes were unrecognisable. Everything is so delicately presented – Mark takes out the stalks and peels the tomatoes, and to see them on the plate was just, wow. I always say I grow food for people who live to eat and the care and dedication that goes into each dish at Moor Hall is out of this world.

I felt guilty eating them!

Tomatoes from Brian Ascroft of Croftpak Nurseries will be on the menus at Moor Hall Restaurant and The Barn at Moor Hall in Aughton in the coming weeks. For more details visit: moorhall.com