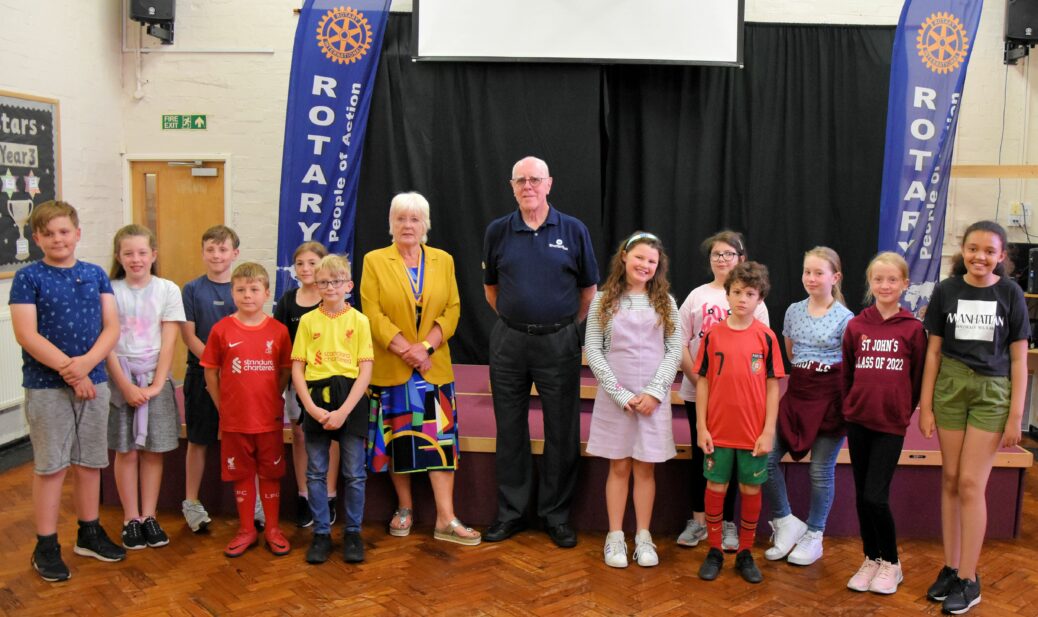 During the course of the last Rotary year, The Rotary Club of Southport was delighted to support the efforts of St John’s CE Primary School in Crossens in Southport in their efforts to become a Rotakids School.

They achieved their Charter in April of this year, having supported The Southport Club by contributing chocolates and sweets to go in with the Christmas Parcels that the Club provides, for a number of years.

In addition to that, they had supported a local charity involved with the care of kittens and had been involved in environmental work by organising litter picking.

The school and most particularly the children leading this work were very pleased to receive the accolade of their Rotakids Charter. In addition, however, part of their work had involved a talk from Rotarian Gerry Heaslip about Shelterbox. They were so impressed with this that they set out to raise enough money to cover the cost of a Shelterbox.

On the July Friday immediately before the end of the school summer term, President Glenys, in almost her first appointment in her year as Centenary President, along with Club Secretary Gerry and three other Club members, attended the end of week presentation assembly at the school.  All of them were made very welcome, and appreciated the standards set by all the children as they received commendations for work done during the week. 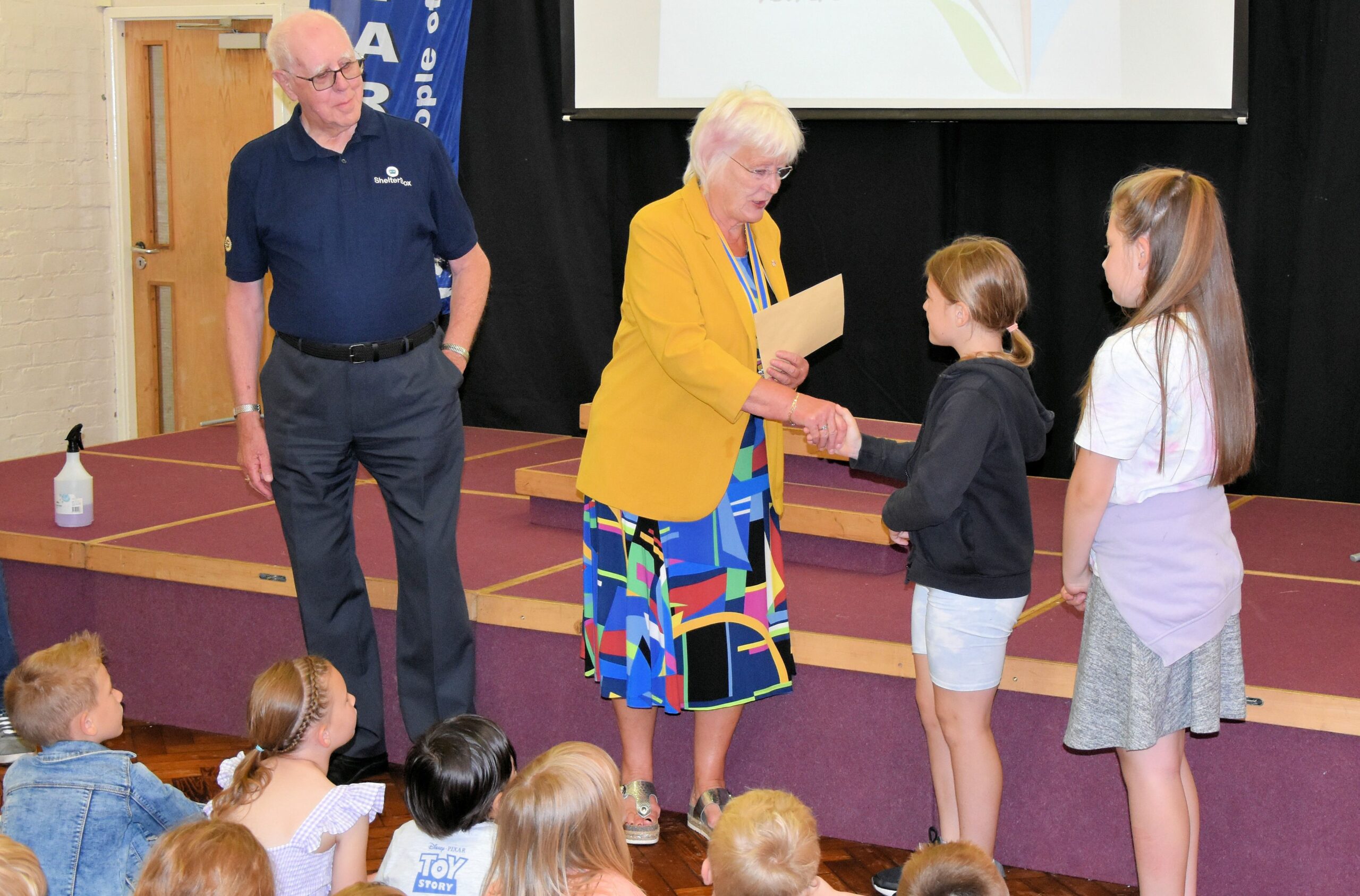 The highlight of the day was a presentation to President Glenys and Secretary Gerry of a cheque to cover the cost of a Shelterbox, a wonderful achievement for a relatively small school. In return Glenys thanked the school for all its efforts, and Gerry had brought with him a couple of small items, relating to water purification and lighting, which he demonstrated to the children. The picture shows the cheque being given by Headteacher Mr. Thompson, and Georgia from the school council to President Glenys and Gerry. What a truly amazing start to The Centenary Year.

This was followed by a tour of the school, led by children who were so keen to show the Rotarians round. They were very impressed by all that was taking place in the school, and by the way in which the children conducted themselves. A very enjoyable afternoon, much appreciated by all those involved.