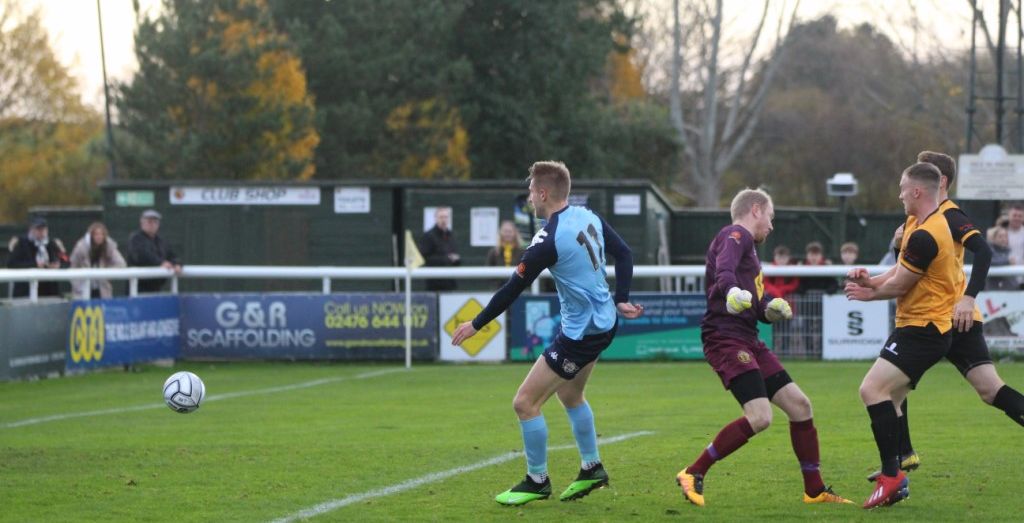 Southport FC manager Liam Watson was satisfied with a point in the “hardest away game of the season.”

A draw was fair and a good result for the Sandgrounders considering that the hosts were sixth and had only lost one home game so far this season.

Early exchanges saw both sides seeking their target men The home side then took the lead after just nine minutes, Dan Turner cut the ball back to Devon Kelly-Evans who bundled in at the back post. Leamington then failed to make their early dominance pay-off and Southport got back into the game.

Jordan Archer intercepted a back-pass and rounded a helpless Jake Weaver in the 24th minute, but couldn’t finish. Marcus Carver however made no mistake from Dylan Vassallo’s long ball just ten minutes later, prodding past the Brakes’ keeper from close range.

Watson was disappointed that his side couldn’t capitalise on their second half supremacy. He said “we penned them in for a long spell, lots of throws, lots of corners.”

Doug Tharme was dangerous all afternoon and many felt that he put in a man of the match display and his manager agreed, adding  “Doug was immense, not just the throws, but the ability.”

Corners and throw-ins provided the best chances of the half, both for the visitors. Headers from Carver and Adam Anson were saved by Weaver in the 74th and 90th minutes respectively.

The home side struggled to threaten Cameron Mason, although he did have to bravely claim the ball at the Leamington attacker’s feet in the 89th minute.

Both sides host Alfreton Town next, Southport on Tuesday in the league, Leamington on Saturday in the FA Trophy.

Man Of The Match: Doug Tharme