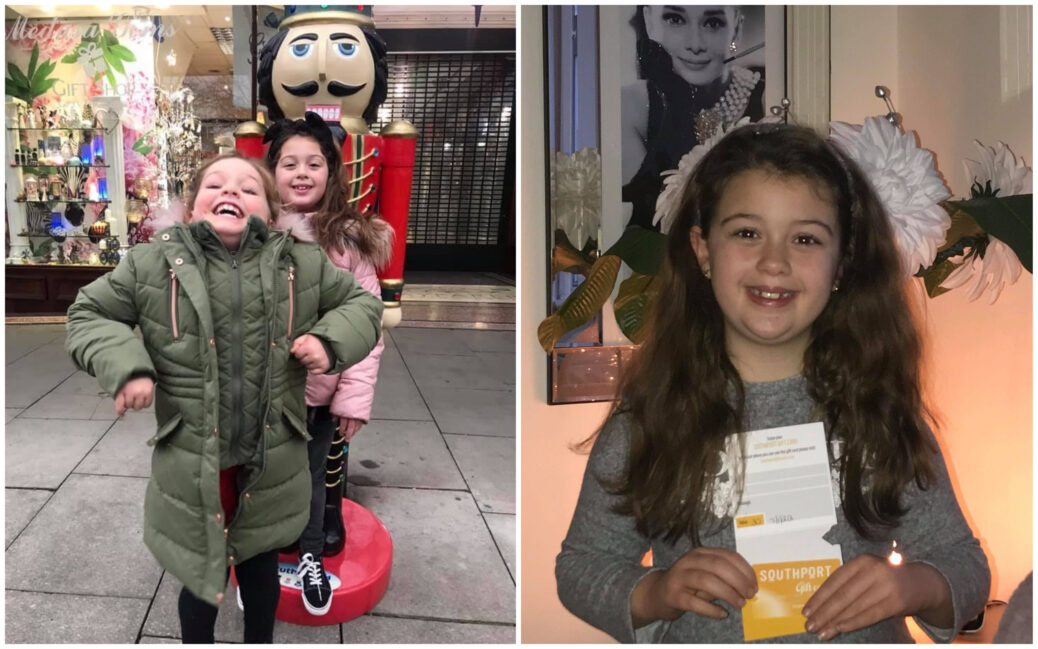 The BID asked people to post their selfies of themselves with the figures on social media alongside the hashtag #southportnutcrackers with a prize awarded for one lucky winner.

Franchesca and Gabby were each awarded a £30 Southport Gift Card, which they can choose to spend in over 70 local businesses which have signed up to the scheme.

Charlotte Howard said: “Having the Southport Nutcracker Trail was a beautiful attraction for the kids and a chance to have fun finding all of them scattered around our lovely town.

“It directed their attention to having fun and not what was currently going on in the world – even the two dogs joined in!

“It was cold and damp when we all set off – myself, my fiend Lou, our husbands, the kids and the dogs – a real family affair! The kids didn’t care about the cold. Franchesca was excited to see her friend Gabby and even more excited to try and find the Nutcrackers first.

“They set off running and skipping, shouting out each name as they found them. It was like a treasure hunt, and great exercise too.

“The girls never thought they’d win and the pictures we took were of them showed they were just enjoying it and having fun.

“They were so happy to win and were absolutely shocked!

“They are already looking forward to where they can spend their Southport Gift Cards when our shops reopen. Thank you so much Southport BID, you have brought smiles to two little girls.”

In the run-up to Christmas, 12 giant Nutcrackers were placed in positions throughout Southport town centre for shoppers to enjoy while supporting local businesses.

The BID ran a competition asking people to submit their selfies, a competition to name the 12 Nutcrackers and a contest for people to find all 12 of the figures before posting their entry in a special postbox in front of Wayfarers Arcade on Lord Street.

“They posted some beautiful pictures on Facebook which showed how much they enjoyed completing the Nutcracker Trail.

“I would like to thank them and everyone who posted their pictures on social media throughout November and December.

“The Southport Nutcracker images are a great advert for our town and will hopefully help to encourage more people to come and shop and dine in Southport when the lockdown restrictions end and it is safe to do so again.

The Nutcrackers brought real magic to Christmas shopping in Southport town centre,  with families enjoying finding all the figures in between trips to local shops and restaurants.

For more details and to buy the card please visit www.southportgiftcard.co.uk