Southport CAMRA: Call in and celebrate the reopening of the Cheshire Lines Inn

Home Southport CAMRA: Call in and celebrate the reopening of the Cheshire Lines Inn 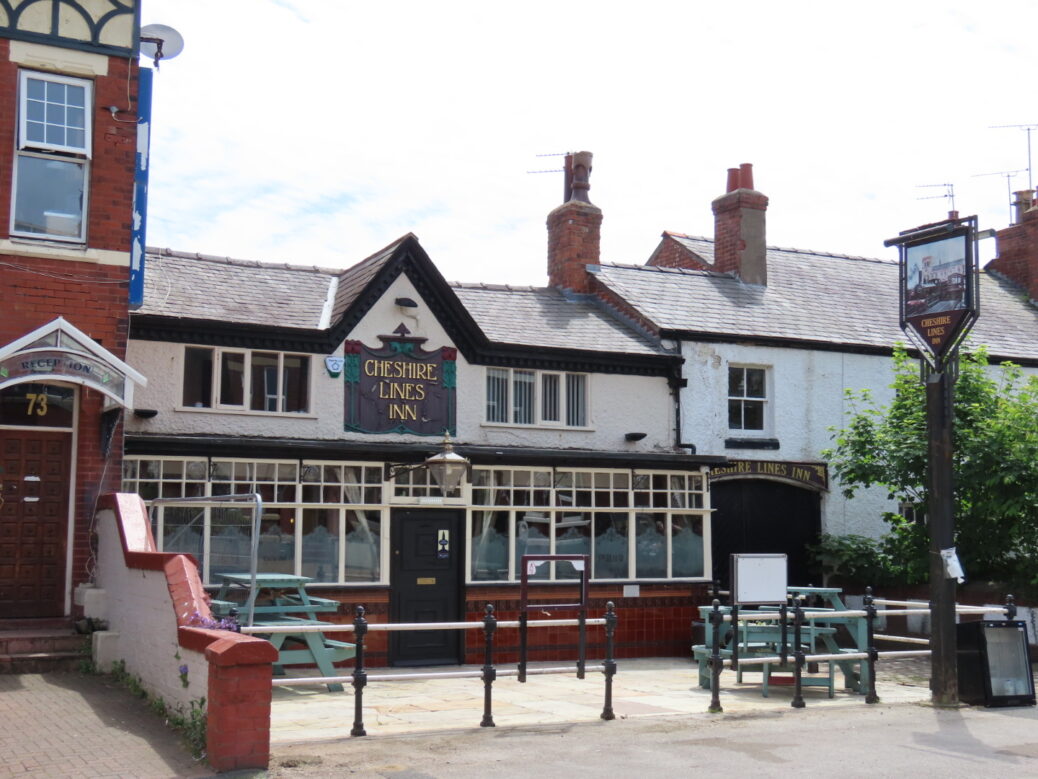 Many pub-goers in Southport have been concerned about the long-term future of the Cheshire Lines on King Street, one of the oldest pubs in town, as it remained firmly shut after COVID-19 restrictions were lifted.

The Southport and West Lancs area has lost several pubs to the virus and there were worries that this may be yet another one.

I’m very pleased to report that it has recently reopened with a temporary licensee while the pub company advertises for someone to take on the job permanently. I visited a few days ago on a quiet afternoon.

The pub has four hand pumps but while they rebuild custom, only two were operating serving Otter Bitter and Robinson’s Dizzy Blonde.

I was chatting to another customer at the bar and he told me that the old regulars were slowly trickling back, which is good news.

I wrote about this pub in February 2016:

“Hidden just behind Lord Street in Southport is a fine traditional pub called the Cheshire Lines. It is a genuinely old pub which stands out prominently from the Victorian buildings that surround it. The pub has a lovely old frontage, and when you enter, there is a drinking area by the bar to the right and a small room to the left. To the rear there is a larger room where meals are served and where entertainment takes place. The pub is named after the Cheshire Lines railway, which used to end at the [former] Lord Street station.”

Why not call in and celebrate the reopening of one of Southport’s few remaining largely unaltered traditional pubs?

► Staff tips:  CAMRA is supporting efforts to change the law so that hospitality workers, including bar staff, always receive the full amount left to them in tips from customers. I expect many people would be surprised to learn this is not always the case.

The House of Commons voted unanimously in favour of the Employment (Allocation of Tips) Bill on 15 July. This would require employers to pass on the full amount left as tips to workers. The legislation will now go on to further stages of debate and votes, and with Government backing it is likely to become law.