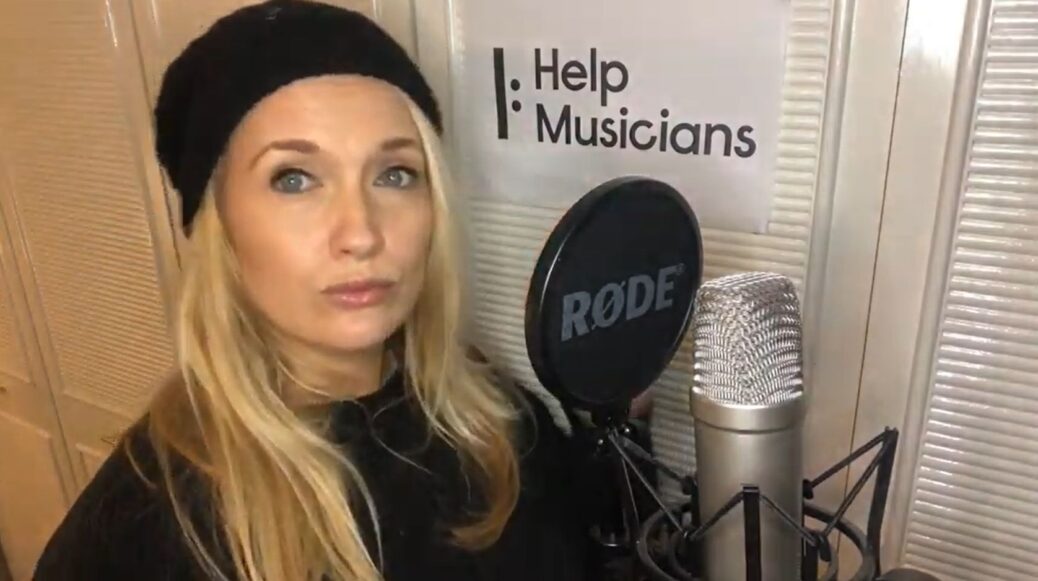 The Rainbow Collective has announced the release of its original song ‘Play That Song To Me’.

The charity single will be released by Liverpool Lighthouse. Play That Song To Me will raise vital funds to help support struggling musicians during this time when musicians have been unable to work.

The song was written by Jenny Wren and Cassandra Kotchie from Southport.

The artists performing on the track include iconic Liverpudlian treasures such as Keith Xander from Xander and the Peace Pirates, April Moon, Tina Riley, Mike Smith and West end star John Coates, from Southport.

The backing track includes harpist Susan Lambert, The Airhorns and Liverpool drum troupe – Katumba.  In addition, local school Florence Melly’s Year 5 and 6 pupils feature on the vocals reminding us that children are inspired by music which allows them to be creative and expressive.

The writing team wrote and produced ‘Pass On The Rainbow-NHS’ during the first 2020 lockdown which quickly rose up the charts reaching Number 1 in Amazon’s Movers and Shakers chart and Number 50 in the iTunes chart.  The song raised over £1,000 for NHS Charities Together.

Play That Song To Me (The Rainbow Collective) was broadcast for the first time on Friday 1 January on Southport’s Mighty FM.

Play That Song To Me – The Rainbow Collective – YouTube

Helen Hurd who features on the track and has supported Suzi Quattro and ZZ Top said: “Help Musicians is not just for musicians, it’s for everyone. If we don’t support the arts and, more importantly, the artists who make it, the world would be a more sorrowful, joyless place. Music is therapy and we need it in our lives, especially now. It’s been such a tough year for musicians, with no signs of it getting better yet. Play That Song To Me is a beautiful, uplifting melody in a currently dampened, quiet world. Support Help Musicians, support musicians, spread joy and support everyone. EVERYONE!”

Jennifer Murphy, one of the song’s writers said: “I would like to extend my enormous thanks to The Rainbow Collective who have once again risen to the challenge of recording their outstanding musical interpretations and vocals for this project from home.  Now, more than ever, musicians are struggling to feed their families with gigs cancelled, theatres closed and venues shut for good (‘Keep the venues closed they won’t see us’).  Throughout the pandemic, music has brought people together, inspired us, given us hope and reminded us that there is joy in life.  We chose to include children on our song because music is so important to young people. Music allows young people to be creative, expressive and teaches social skills whilst furthering academic achievement. We hope that this song will bring people together whilst raising vital funds for Help Musicians.

Cassandra Kotchie, one of the song’s writers said: “Right now, it could not be more important to support the charities who are supporting musicians, otherwise this industry, quite simply, may never recover.  We’re hoping to raise as much money as we can with this single and our fundraising campaign.  We hope this song will brighten the spirit of everyone who hears it, and especially those who have fallen through the cracks of this pandemic.”

Tom Percy, Producer of the song said: “This year has been incredibly difficult for everyone, least not those in the arts and entertainment industry. Resources like those provided by ‘Help Musicians’ are needed more now than ever before. By supporting this single, put together by a group of incredible musicians and singers, you’ll be supporting a brilliant cause in this trying period.”

The single is available on general release.  The full price of 99p from each download will go straight to Help Musicians.