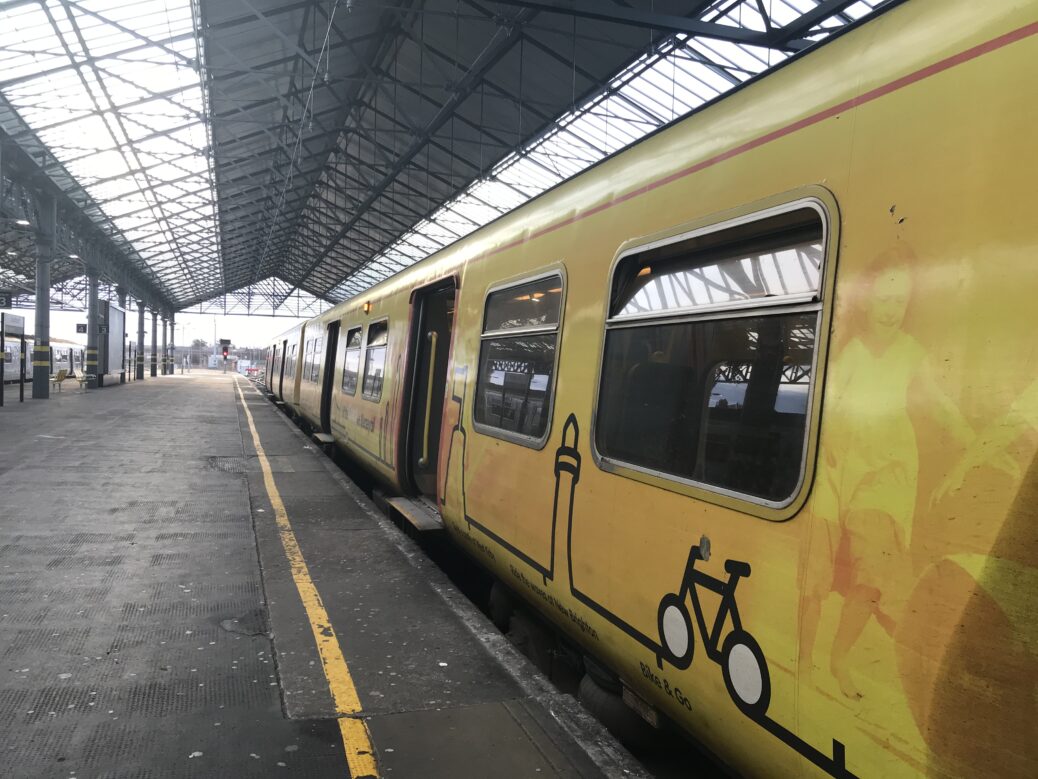 Southport MP Damien Moore is leading renewed calls for North West towns and cities including Preston, Southport, Ormskirk and Leyland to be reconnected by rail.

The MP was among a cross-party delegation of politicians, civil servants and rail experts who met with the Minister of State for Transport Chris Heaton-Harris to discuss the scheme after an initial submission was made in July.

They pressed their case for the Government to give its backing to the scheme, saying it would have huge benefits for people and businesses in a number of communities in the North West region.

Unlike other proposed transport projects in the UK, the re-opening of the Burscough Curves is a ‘shovel ready’ scheme that would be relatively low cost for a transport scheme with much of the work being able to be carried out without significant disruption to existing services.

The investment in infrastructure would open up two new rail routes and greatly enhance the services on two existing and important rail corridors, helping towards the Government’s ‘Levelling Up’ agenda.

In the meeting, Minister Chris Heaton-Harris said he and civil servants in his department had been impressed by the work already done and were keen to discover further evidence before a potential project progresses.

Southport MP Damien Moore said: “We want to put forward a really credible scheme, and I believe we have that. I would like to thank Alan Fantom from OPSTA for the great work he has done on this submission.

“There is real cross-party support on this and we all want to shape something that will change the lives of constituents in Southport, Preston, West Lancashire, South Ribble and beyond.

“The Burscough Curves project opens up a real hinterland that exists between Liverpool and Manchester.

“One of its big advantages is that there would be hardly any travel disruption involved in making this scheme happen.”

Opening up the Curves, near Burscough Bridge Railway Station, would allow people from Southport to turn left towards Leyland and Preston, or right towards Ormskirk and an alternative route into Liverpool.

Preston is on the The West Coast Main Line ( WCML), one of the most important railway corridors in the UK and one of the busiest railway routes in Europe, connecting the major cities of London and Glasgow along with Birmingham, Liverpool, Manchester and Edinburgh.

Joining Southport with Preston by rail would open up Southport to visitors from around the UK, crucial in its development as it seeks to attract more visitors through its £50million Town Deal funding proposals which were submitted to the Government in October.

An artist’s impression showing the Burscough Curves. Reconnecting them would once again link towns and cities including Southport, Preston and Ormskirk

The initial Burscough Curves submission was delivered to the Department for Transport in July. The meeting heard that feedback from the DfT since then had been very positive, which further work taking place since then.

Recent Town Deal submissions have been completed for Southport, Leyland and Preston, all of which call for better rail connections in the region.

Damien Moore said: “The Town Deal schemes are all trying to attract more visitors with various schemes, but they are not going to work adequately without better transport links.

“Last year Southport attracted more than 9million visitors, a figure we are keen to grow, and quite often we were seeing gridlocked roads.

“We need better transport links, particularly by rail, to make this work. Our road network isn’t great and the road network is on the periphery of our region.

“There are hundreds of thousands of new homes going up along this route already and being able to connect them to an effective rail service would make sense. What used to be rural areas are now becoming dormitory towns.

“We are very serious about this scheme. When you travel from Southport to Preston it is around 15 miles between the two – but if you travel by rail at the moment you have to go to Wigan, go to another platform, change there and then go on to Preston. It’s clearly not working.

“We lost these rail links in the Beeching Cuts of the 1960s. We are not asking for brand new railway lines. This is something that we once had and we just want it back.”