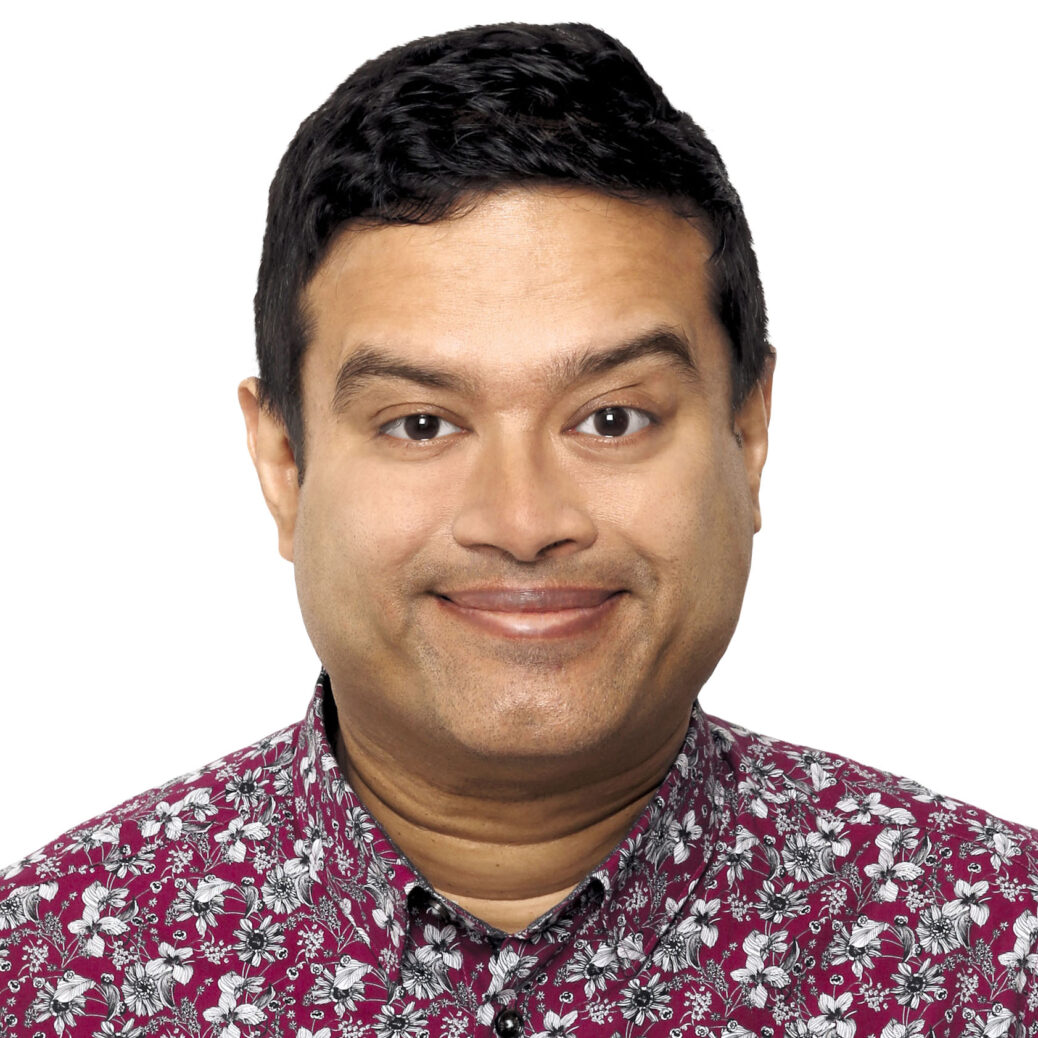 Southport Comedy Festival favourite Paul Sinha returns to the event this Saturday (9th October), asking fans: ‘Come and see me as a comedian!’

Paul has attracted an army of fans locally through his superb performances at Southport Comedy Festival over the years.

Many will know him from his starring role on ITV quiz show The Chase,  but his stand-up comedy routine is very different. Making people laugh is his passion.

He is looking forward to bringing his Hazy Little Thing Called Love tour to the Festival at Victoria Park in Southport.

Since his last appearance in Southport, he has been diagnosed with Parkinson’s Disease. He has received huge public support since he announced the news.

He said: “Since 2019’s diagnosis, there has been an outpouring of kindness from the public and it is much appreciated. Many strangers have asked ‘what can we do to help?’ The most truthful answer is…..

“See me as a comedian as well as a Chaser.

“I don’t have a bucket list as such. I’ve seen places, I’ve done things. I might one day see the Iguazu Falls but my happiness is not dependent on it.

“My happiness depends on doing the things I love for as long as possible. Comedy and quizzing. And I am about to start re-touring my boldest, most ambitious and personal show.

“As long as you don’t come expecting it to be clean, wholesome entertainment about white suits, you will be pleasantly surprised.”

Scores of tickets have already been sold, with comedy-goers excited to see Paul returning for his seventh year with a bigger, longer and more ambitious version of his 2019 Southport show.

He’s appeared on Just A Minute, The News Quiz and Fighting Talk on radio and on Would I Lie to You?, QI and Taskmaster on television.

Thanks to his passion for quizzing, he also appears as a general knowledge expert on the much-loved ITV quiz show, The Chase.

His appearance is part of a superb weekend in Southport, which saw To Stade perform last night, with Russell Kane on stage this Sunday (10th October).

“We are looking forward to welcoming Paul Sinha and Russell Kane.

“The Festival has been going really well since we launched this time last week, it has been a superb first seven days. People are buzzing.

“The numbers are growing all the time, a lot of it through word of mouth. People are coming, really enjoying the shows, and then coming back to see more.

Tuesday sees Anthony James Estate Agents host a very special Comedy Bingo night, providing 300 places – for free – to NHS and care workers to thank them for all they have done during the Covid pandemic. Local companies have provided some superb prizes. The event is already at full capacity.

A Disco Bingo night will be held on Saturday, 16th October, to raise funds for Southport Flower Show and Victoria Park, through a full night of traditional style Disco and Bingo but with a modern twist!

All the events have been held in a luxury marquee provided by Elite Marquees.

Paul Sinha said: “I wouldn’t miss this show for the world!

“Sunny Southport is one of my favourite places to visit.

“I always enjoy performing there.

“There are lots of fans of The Chase in Southport, although my stand-up comedy routine is very different to how I am on that programme.

“A Hazy Little Thing Called Love has been a couple of years in the making, and it is always changing.”

This year sees the 10th anniversary of Southport Comedy Festival, which is run every year by Brendan Riley and Val Brady. This is the strongest line-up yet, with some of the top names in comedy heading to Southport for 15 great shows over 17 days, finishing on Sunday, 17th October.

Like all comedians and performers, Paul Sinha has had a tough time during the Covid pandemic. But he is full of praise for people like Brendan and Val who are bringing live comedy back to audiences.

He said: “Huge credit must go to all of the comedy promoters.

“They have taken a massive hit during the Covide lockdowns. They must have thought about giving up. As comedians and audiences, I don’t think we are as grateful as we could be for what they are doing.

“I must congratulate Brendan and Val for staging Southport Comedy Festival I have known them both for a long time.

“I am really looking forward to coming to Southport and performing.

“If people are looking for a reason to come and enjoy live comedy, do it for Val and Bren, who have worked their butts off to bring live comedy to Southport.”

Southport Comedy Festival is sponsored by Anthony James Estate Agents and supported by a number of other local companies.